Scene from “Oh My Korona”

In her first few days of taping for her upcoming TV5 sitcom, “Oh My Korona,” Maja Salvador felt like her body could use a little bit of jolting on the set.

“I wanted to give my whole body a good shake because I felt so stiff. I thought to myself, “Eh paano nga ba mag-comedy?” she related in a recent online press conference for the said television show.

After almost two decades in the biz, Maja has made a name for herself as one of the finest dramatic actresses of her generation. The past few years, however, saw her trying her hand at more fun and lighthearted projects, like her recent drama-comedy series, “Niña Niño.”

It was quite the departure from the iconic roles she played in the revenge drama “Wildflower” and the horror drama “The Killer Bride.” But with practice and proper guidance from her directors, Maja, slowly but surely, found her groove.

“Doing ‘Niña Niño’ was a challenge after doing heavy soaps, where I did nothing but cry, scream and get angry. But the fact that it was ‘dramedy’ also helped me with the transition. And we managed to push through it,” related Maja, who considers herself a happy and fun-loving person behind the cameras.

But doing a sitcom, as it turned out, is still a completely different animal. And that’s why she couldn’t be more grateful to have Joey Marquez—a sitcom veteran—as one of her costars in “Oh My Korona.”

“I didn’t know you could briefly break character in a sitcom… In our first taping day, I felt conscious about my acting and told Direk (Rocky Victoria), ‘Do I look stiff? I-direk mo naman ako.’ I was second-guessing myself, whether or not I should stay in character all throughout. Then, the next day, I did a scene with Tatay Tsong Joey, and I personally saw how smoothly he did it. Ganun pala dapat,” she related.

“He’s a sitcom legend. Ang galling!” Maja said of Joey, who starred in several comedy shows, including “Palibhasa Lalake,” which ran for 11 years.

“It’s a huge thing to have him in this show. When you say sitcom, which people come to mind? Of course, ‘the’ Joey Marquez is one of them.”

Aside from all the invaluable advice she got from Joey, Maja also appreciates the comedian’s thoughtfulness on the set. “He’s like a father to us. He always wants to see his costars—his ‘kids’—doing their best. And the tips he shared with me I will always cherish,” she said. 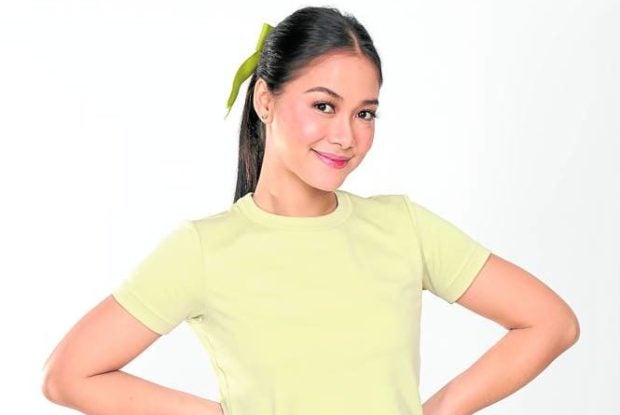 “Oh My Korona,” which airs Saturdays at 7:30 pm, is a coproduction among Cignal Entertainment, TV5 and Maja’s talent agency Crown Artist Management. The story follows Lablab (Maja), an out of-job manager, who inherits a boarding house from her late actress-cum-beauty queen mother. She now rents out the place to a motley crew of show biz aspirants.

Joey plays Louie, a talent agency owner bent on convincing Lablab to enter show biz. However, Lablab has deeply rooted dislike for the industry, mostly because of her mother’s bad experiences in it.

The show reunites Maja with her “Wildflower” costar RK Bagatsing—this time, in a more lighthearted setting. “Every scene we did in ‘Wildflower’ was intense. But now, the fans will get to see what we’re like behind the cameras—goofy and always laughing,” she said, adding that she couldn’t help but feel surprised that fans of their tandem still exist four years after the show ended .

“We had chemistry and we had lots of supporters. So when we were looking for a partner in this sitcom, RK’s name came up. We didn’t end up together in ‘Wildflower, so this is a gift to the fans who are still hoping for a reunion with RK,” Maja said.

Meanwhile, with Maja doing one show after another on TV5, some show biz observers have started calling her the new queen of the Kapatid network. While she’s flattered that people see her that way, titles aren’t something Maja obsesses about.

“I’m thankful to TV5 and Cignal. I mean no disrespect to the people who give those titles. But really, all I want is to be remembered as someone who gave her all in every project given to her. I’m all about doing my job well and making the audience happy,” she said. INQ

The hottest entertainment news straight to your inbox

Don’t miss out on the latest news and information.