Many anime characters are famous in our world, but some are even more well-known in their own. Though there can be many reasons for their fame, some of the most famous characters are renowned for their heroism or skill. Even still, some are simply idolized because of their profession.

RELATED: 10 Anime Characters Who Would Be Great Idols

Whatever the case, famous anime heroes have the power to change hearts and move people with their actions. They are either extremely valiant or incredibly talented. Whether it is on the screen or the streets, these famous anime characters know what it means to be in the spotlight.

All Mai Sakurajima wants to fade into the background. However, that is hard to do for a star model and actor like herself. Since she was a child, Mai has starred in numerous on-screen and photography projects at the behest of her mother. Unfortunately, this makes her feel like no one sees her real self.

As a result, she develops a unique form of Adolescence Syndrome, which turns her invisible and erases her from everyone’s consciousness in Rascal Does Not Dream of Bunny Girl Senpai. Although her new condition causes her the anonymity she craved, it also begins to erase her from existence. Luckily, with the help of her classmate, Sakuta Asusagawa, Mai is remembered by her classmates and returns to her acting career of her own volition.

9 Victor Nikiforov Is A Figure Skating Legend (Yuri!!! On Ice) 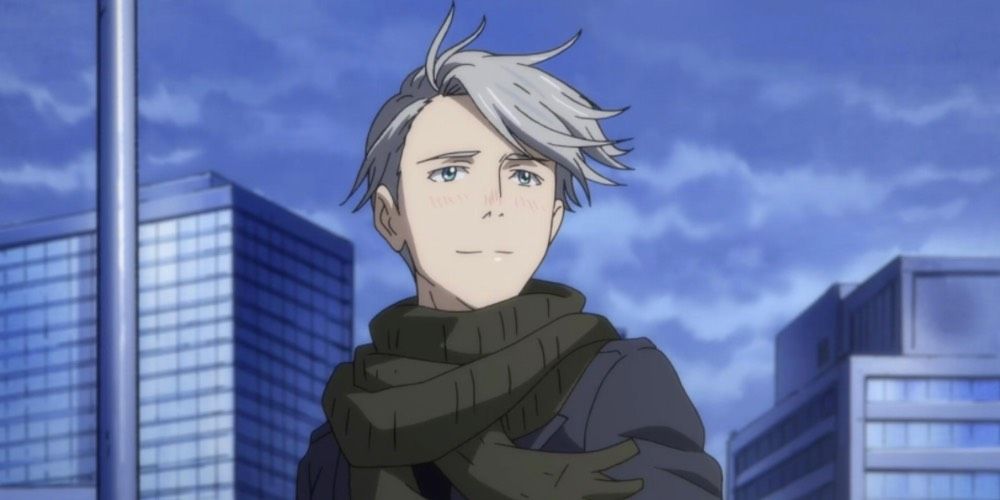 Victor Nikiforov is the best male figure skater in the business in Yuri!!! On Ice. Since he was a teenager, Yuri has won numerous medals in skating competitions around the world. Practically everyone in the skating community knows him or wants to be him.

When he decides to quit skating to become a coach, he causes a major uproar in the sport. Even Yuri Katsuki – his future pupil, feels like Victor is wasting his talents. Fortunately, Victor is later inspired to return to skating and solidifies his icon status yet again.

Minako Aino is one of the Sailor Scouts in Sailor Moon: Crystal. However, before she joins Usagi and the scouts, Minako works under the pseudonym, Sailor V. As Sailor V, Minako fights injustice as she and her pet, Apollo search for the rest of the reincarnated Sailor Scouts.

Though she pretends to be Queen Serenity, she is actually Sailor Venus, one of Queen Serenity’s guards. Despite this, her hero work as Sailor V has garnered attention across Japan through news reports, and video games that center around her. Although she gives up her title of Sailor V after joining the rest of the Scouts, there is no denying her impact on the community.

Despite all his success, Kojiro Shinomiya feels empty. After winning the coveted Pluspol Award, he struggles with what to do next. However, his personal turmoil does not take away his fame as a world-renowned chef in Food Wars!.

Eventually, he comes out of his slump and opens a new restaurant, Shino’s Tokyo. While completing his Intern, protagonist Souma Yukihira witnesses Shinomiya’a cutthroat leadership firsthand. Shinomiya is adamant in his way of cooking – proven by the delicious dishes he puts forth (unlike Yukihira). Though Yukihira and Shinomiya come to understand each other, fans can see the true prowess of the Legumes Magician.

Satoru Gojo is unquestionably the highest ranking Sorcerer in Jujutsu Kaisen. While he may not be known to the public at large, he is certainly recognized among Sorcerers and Cursed Spirits alike. Gojo’s immense power and unmatched Cursed Energy Technique make him famous, or infamous, in his community.

Additionally, as a mentor to the new Sorcerer-in-training, Yuji Itadori, Gojo cements himself as a playful but fearsome mentor. Gojo holds no punches even when training his newest recruit. Though he stakes a lot on Yuji’s ability to control the Cursed Spirit inside of him, audiences know that whatever happens, Gojo would emerge the victor.

Edward Elric got his claim to fame as one of the youngest State Alchemists in Amestris. His breadth of talent at such a young age has sparked many people’s interest in the Fullmetal Alchemist. Though many people assume his younger brother, Alphonse, is the true Fullmetal Alchemist, Edward is always sure to set them straight by demonstrating his abilities.

while Fullmetal Alchemist: Brotherhood is full of talented alchemists, Edward stands out not only for his age but also for his tenacity in any situation. Edward never gives up, even when all the odds are against him. Even though he has no alchemy powers by the end of the show, Edward will always be regarded as one of the best alchemists of all time.

4 Levi Ackerman Retains A Shred Of Humanity (Attack On Titan)

Levi Ackerman the Captain of the Survey Corps in Attack on Titan. His military savvy and unmatched skill when killing Titans set him apart as the best soldier in the Paradis Military. Though he’s smaller than most of his comrades, his skill makes a huge impact on the people within the walls.

Additionally, Levi is well-respected among his peers. His squadron is loyal and follows him unquestionably, and his input is often considered in large military operations. Levi’s humble attitude and unbridled skill make him one of the most famous people in Paradis.

Aang is the last Airbender in the world, as well as the fabled Avatar in Avatar: The Last Airbender. Though he was gone for one hundred years, Aang makes a comeback by traveling the world to search for bending masters. Although his journey has a rocky start, his take-down of Fire Lord Ozai and the founding of Republic City make him a household name.

Aang’s journey is one of redemption and self-discovery as he travels across the world. He initially has apprehensions, but Aang comes into his own as an Avatar and sticks to his ideals – even in battle. Aang proves that he will always work toward balance and peace in the world.

Howl is known across warring nations for his magic skills – though he goes by different pseudonyms depending on which country requests his services in Howl’s Moving Castle. Still, Howl’s talents are the best in his field. However, he is also rumored to steal the hearts of women he lures into his arms.

Despite this, Howl remains a legend throughout the land. With both sides of the conflict trying to recruit him, Howl’s magic seems to speak for itself. Though he can be a bit moody and egotistical, Howl knows when and where to get involved.

1 All Might Is The Symbol Of Peace (My Hero Academia)

All Might is arguably the best-known and most beloved hero in My Hero Academias Japan. His remarkable bravery and extraordinary strength made him the Symbol of Peace for decades. Though he can no longer save people like he used to, All Might remains a respected and cherished hero among citizens.

While All Might may be retired from hero work, he continues to teach at UA High School, and mentors both Izuku Midoriya and Katsuki Bakugo. His expertise helps the boys continue honey their skills so that they might eventually take his place as the Symbols of Peace in the future. Even after he is gone, All Might’s memory is sure to live on in the hearts and minds of the citizens he saved.

NEXT: 10 Anime Characters Who Would Make Great Influencers