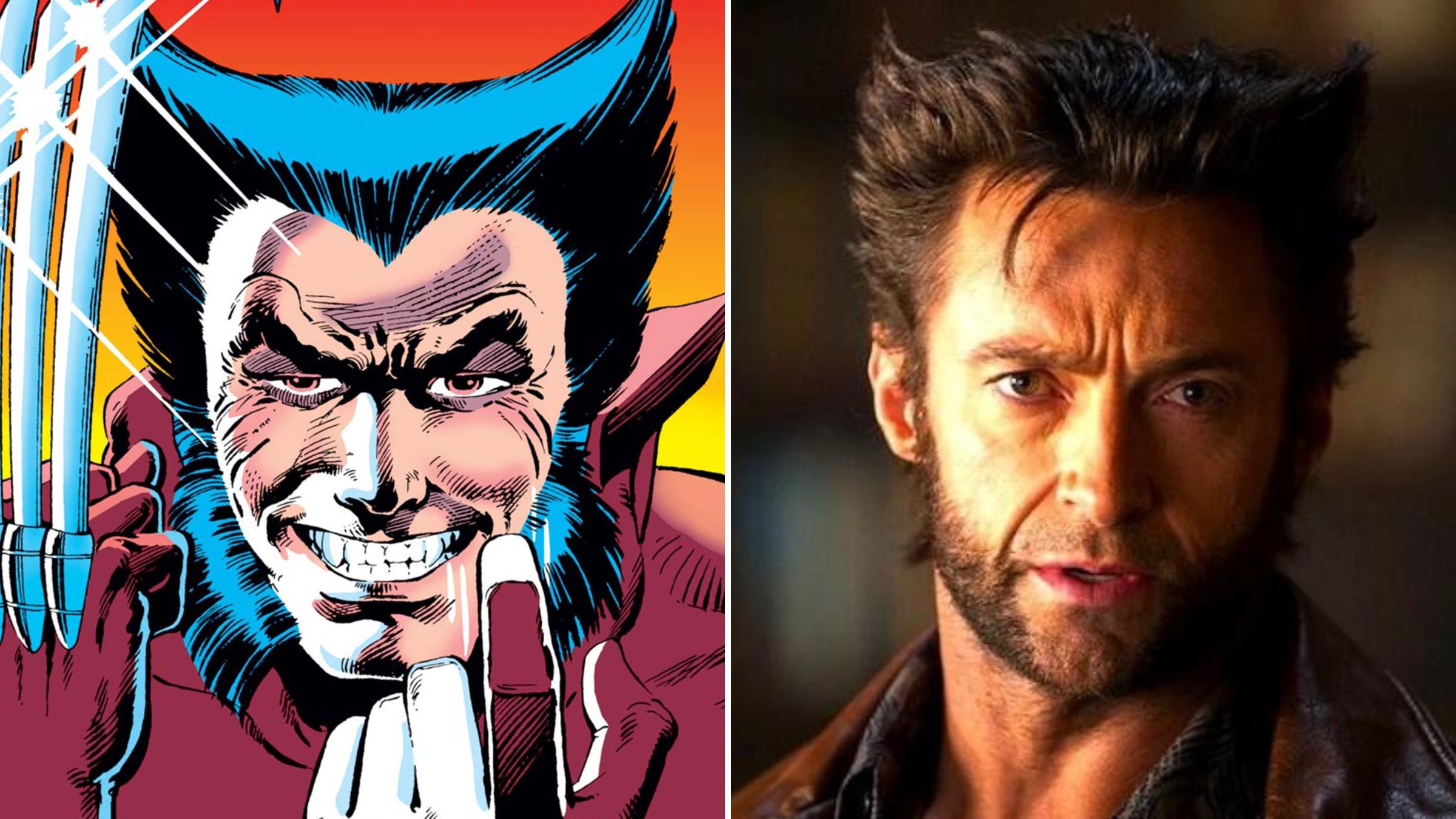 while Wolverine has a distinct hairstyle, he doesn’t exactly keep a regular schedule with his barber. Throughout his many media appearances, the Marvel mustelid has let his animal-eared hair grow out in all kinds of ways. There are marked differences between his style in the comics and in the movies, which we’ll elucidate below.

When you picture Wolverine, you likely see a jet-black coif that comes to a point on both sides, resembling animal ears. Further, his head hair connects to bushy sideburns that hug his face but stop at his chin, leaving it bare. His upper lip is also bare. While Hugh Jackman may be your Wolverine mind model, his iconic hair comes from his comics counterpart. However, after so many alterations, the resemblance, like his head, is quite fuzzy.

His hair in the comics

Wolverine spent his early comics life under a mask. He debuted in 1974, and it wasn’t until 1976 that he showed his face.

His horned hair, thick sideburns, and bare face were there from his first unmasking, as was an exaggerated widow’s peak. These weren’t planned, though. Wolverine’s co-creator, Len Wein, envisioned his character as a teenager like the original X-Men had been. When he saw how Dave Cockrum had drawn him without a mask, Wein said, “With those sideburns and the cigar . . . you just put 30 years on that guy!” John Byrne also had a fresher-faced Wolverine in mind for the unmasking, which he sketched out and later used for Wolverine’s rival, Sabretooth. Byrne accepted the gruff re-imagining and expanded on Wolverine’s hairy design by borrowing from Paul D’Amato’s hockey goon character in Slap Shot.

Cockrum is thus Wolverine’s true hairstylist, for which he drew inspiration from one of his previous characters, Timber Wolf. Years prior, Cockrum designed this similarly-named DC character with the same tufts, sideburns, and widow’s peak. After Gil Kane accidentally drew the masked Wolverine with longer “ears” than before, Timber Wolf’s pointed hair became a perfect fit for Wolverine inside and outside his mask.

Over the following decades, Marvel artists have further extended Wolverine’s hair. Some, like Declan Shalvey, reduced his widow’s peak. Although his flared black mane has been a constant, even it was shaved and whitened for the future-set storyline Old Man Logan.

His hair in the movies

In 2000, Wolverine, played by Hugh Jackman, made his live-action debut with a comics-accurate haircut. However, he almost had a completely different look. Kevin Feige, the current Marvel Studios president who was an associate producer on X-Mendescribed how Wolverine would have had a brand new hairstyle if it weren’t for his intervention:

“The very first day that he came out on set and his hair was . . . not Wolverine hair . . . it wasn’t happening and the only reason it wasn’t happening was the fear of it looking silly or goofy. I even think that Avi [Arad, Producer] happened to call and say it was going good, but the hair wasn’t great. So, I said let’s check it out, and we came down and looked at it and Bryan [Singer, director], and we went in the hair and makeup trailer and kept going and going and going over it. You can tell now that it was of a time, but it was unquestionably Wolverine’s hair.”

Only his widow’s peak died during the adaptation. Subsequent films made additional alterations. By 2017’s LoganWolverine’s hair had lost all of its comic inspiration. According to Feige, comic book accuracy no longer mattered because “Hugh Jackman was Wolverine.”