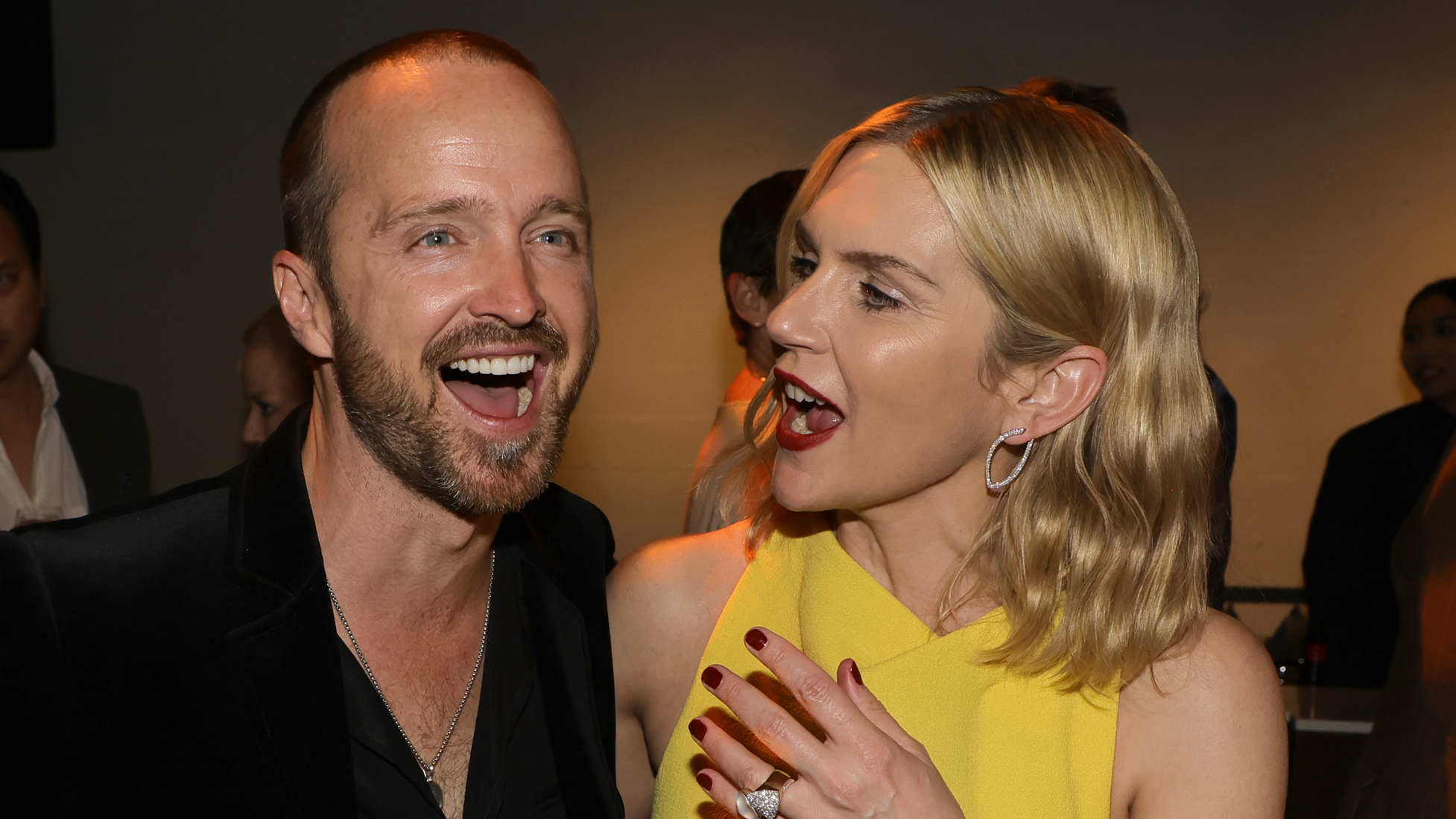 After 15-plus years, are there any more storylines to mine for gold in the Breaking Bad and Better Call Saul universe?

For fans, well, of course there are!

We’re up for any show centered around Kim Wexler, perhaps something on Nacho Varga, or even a pre-prequel featuring Giancarlo Esposito’s Gus Fring.

However, it’s not entirely in our hands.

Even as the big wigs at AMC have declared that they’d love for the co-creative team of Vince Gilligan and Peter Gould to ring them up and say they’re in for more from that outstanding world, as of now, there is nothing in the works to continue the story (or predate the story) once Better Call Saul comes to an end this August.

And, if co-creator Gilligan has a say — and he has a pretty big one — there won’t be any more stories coming out of the Breaking Bad universe any time soon, if at all.

In an interview with Rolling Stone after this week’s episode, the final episode written and directed by Gilligan (“Waterworks”) and the penultimate episode of the entire series, the man who’s been steeped in that Heisenberg-verse (thanks to Rolling Stone for that one!) for a decade and a half is ready to step away from it all.

“I can definitely imagine revisiting it. Selfishly, I’d like to do so, to keep this thing going. But without naming any names, I look around at some of the worlds, the universes, the stories that I love, whether they’re on TV or in the movies. And I think there’s a certain point, and it’s hard to define, where you’ve done too much in the same universe. Just leave it alone. And some universes are much bigger and more elastic. Ours is a very small one, Albuquerque, New Mexico, versus some of these worlds and series of movies and TV shows. The main thing I’m scared of is becoming too much of a one-trick pony. Yes, I could do more with this universe. And maybe someday I will, especially if I fail at everything that comes next. Then I’ll come crawling back. But right now, whether there’s more room to grow or not — and there probably is — I feel like it’s time to do something new.”

After all, Gilligan admits here (and both he and Gould have said several times before) that they are only seeing things about “two inches ahead of (their) noses.”

“We just work out two inches ahead of our noses,” Gilligan said.

He continued, talking about how they figured out what would happen in Better Call Saul almost moment by moment, with their intentions for the first season and series as a whole playing out very differently than originally planned.

“I think it could have gone any which way, but there probably also was an element of us being loath to kill off her character. There were so many elements of this story that were preordained. You can’t kill off Jimmy McGill in his own show, you can’t kill off any character whom we know the fate of from Breaking Bad. But with Kim, the sky was the limit. I guess it just didn’t feel right to kill her off. That was probably never on the table, honestly. We certainly kept silently smiling while people stopped us on the street and said, ‘You’re not gonna kill Kim, are you?’ We let people think that maybe we would, but none of us wanted to do it. But figuring out where she wound up, it was in little baby steps, little fits and starts, like every other bit of plotting we do.”

And at the end of the interview, Gilligan also admits that the reality it’s all over hasn’t hit him as it has others. Especially since he missed the wrap party for Better Call Saul because he shortsightedly planned another vacation.

“It’s funny. A lot of people have been asking me lately, and it hasn’t really hit me. The end of Breaking Bad was very much a bright line, a clear delineation. I remember being on the set on the last day, and everybody was very emotional. That was a great many years ago. It’s been 15 years now, and that was only year six or something like that, and that felt more momentous, more monumental. It’s perhaps not a satisfying answer. Perhaps it hasn’t hit me yet. I think it’s hit Peter, I think it’s hit the writers and the actors. Maybe it’ll be a delayed reaction. I hope it won’t be quite as intense and quite as public as what Kim goes through on that rental-car shuttle. But maybe it’s like the reaction she has, after six years, crying for Howard Hamlin and whatever else she’s crying for — her lost soul. I hope I’m home alone if that happens.”

The thing is, this flies in the face of what Gould said not too long ago. So maybe, just maybe, there is space for one of them to continue on with this universe while the other one moves on to other things. Or, to just stay on as executive producers and advisors and leave the universe in the hands of others as well (we hear Seehorn is a pretty keen director).

In an interview with Subway (based in the UK) in June, Gould said that there is tons of space for any number of spinoffs to come.

“Every single one of these characters could have a whole show. There’s no question. I mean, Kim Wexler, Mike Ehrmantraut, Hank Schrader… I could see the Hank Schrader show, absolutely. We’ll just have to see what happens. right now. I think we’re going to give it a little rest.”

And always remember, money talks, and as we alluded to, those at AMC are more than ready to keep things going another few or 15 years.

In an interview with varietypresident of entertainment for AMC Networks, Dan McDermott, had this to say about Gould, Gilligan, and all involved.

“I can tell you that if I could do anything to encourage Vince and Peter to continue on in this universe, I would do it. I think you’d have to ask them, but the door is always open and I long for the day my phone rings and Vince, Peter or our friends at Sony call to say, “Hey, I think we have another show set in this universe.””

We’ve already seen plenty of people involved with Breaking Bad more than willing to invest time and energy into Better Call Saulincluding Bryan Cranston and Aaron Paul popping in to reprise their roles as Walter White and Jesse Pinkman, respectively.

Plus, both Cranston and Giancarlo Esposito, who plays Gus Fring, are involved with other AMC projects — Straight Man and The Driver, respectively. Also, the BBC America series, Orphan Black, which Michael Mando (who plays Ignacio AKA Nacho Varga) played a part in, is being rebooted by the AMC brand as well. And let’s not forget about El Caminoin which a few of our stars popped up as well (and it set the stage for some things that transpired in Better Call Saul).

In talking about the new shows on the horizon for AMC, which included plenty of Walking Dead material over the years, McDermott had this last bit to say.

“I’d love them to continue on, but that’s not realistic. Every show comes to an end eventually, so these shows have run their course. I think in the world we live in, there will continue to be enthusiasm and excitement about them long after in the next three or four or five, 10 years. And the opportunity to revisit them in different ways will be an interesting prospect, should they arise, but we’re also in the business of creating new hit franchises and new shows. With the conclusion of these shows, it opens up the opportunity and the pressure — which is good, I like pressure. I like feeling like, these shows have got to work. ‘Interview With the Vampire’ has got to be great. ‘Mayfair Witches’ has got to be great. Orphan Black: Echoes, dark winds, Moonhaven, have got to be great. I thrive under that kind of pressure and feeling like we have to sweat every detail.”

For those who are invested in the Heisenberg-verse, check out our recent list of the best episodes of Better Call Saul — which, admittedly, we might need to update after that last episode and the finale to come.

And there’s a little more from us out there too, including an update on Bob Odenkirk’s action flick sequel to nobodywhat the cast of BCS is up to as the show winds down, and who Esposito might play in the MCU.