Impractical Jokers first debuted over a decade ago and has been a staple of the television comedy landscape ever since. Every episode begins with a voiceover warning: “The following program contains scenes of graphic stupidity among four lifelong friends who compete to embarrass each other.” The four friends, who are all members of a comedy troupe called “The Tenderloins,” which is where they began their entertainment careers, are James Murray, Sal Vulcano, Brian Quinn, and Joe Gatto.

In each episode, the cast competes in hidden camera improvisational challenges, interacting with unsuspecting bystanders, which brings about many hilarious moments. Whichever Joker has the most failed attempts to carry out these awkward encounters in any given episode is subject to a humiliating punishment.

Unfortunately, after many seasons of a consistently successful format, Impractical Jokers was forced to make some changes for the second half of season nine. Joe Gatto announced his exit from the show, stating his intentions to focus on family life. However, fans of the series can rest assured that the remaining Jokers are not going to let the show dip in quality. To compensate for the absence of Gatto, who has been one of best competitors on the show since its inception, the episodes of season nine that were released following his departure featured a slew of celebrity guests competing alongside the Jokers.

These are some of the best celebrity guests featured in season nine of Impractical Jokers, proving it works well with the format. 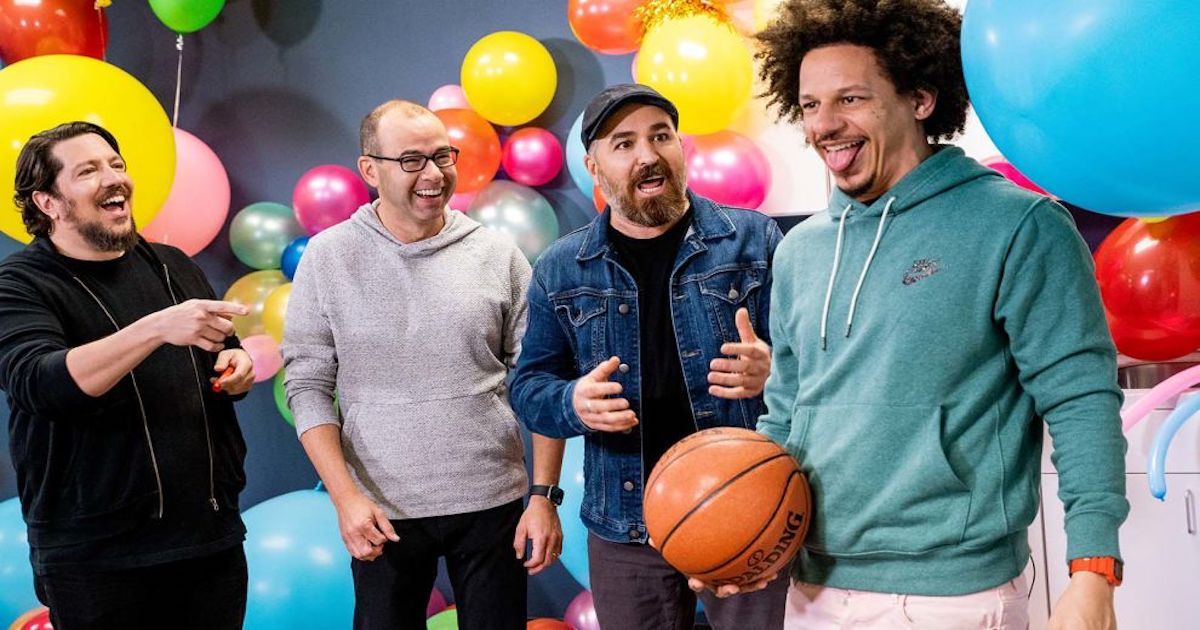 Eric Andre is no stranger to outrageous and insane improvisational comedy. In the first episode after Joe Gatto left the show, the 18th episode of season nine, fans could find solace in the appearance of the eccentric Andre.

In a hilarious sketch, Sal Vulcano and Brian Quinn reveal to Andre that James Murray is actually a computer simulation and has been nothing more than a CGI projection since the series’ inception. At the end of the episode, when Sal is pretending to be a producer on a hidden camera prank show, Andre plays a band leader who marches into the room to mock the unsuspecting victims of the fake show. 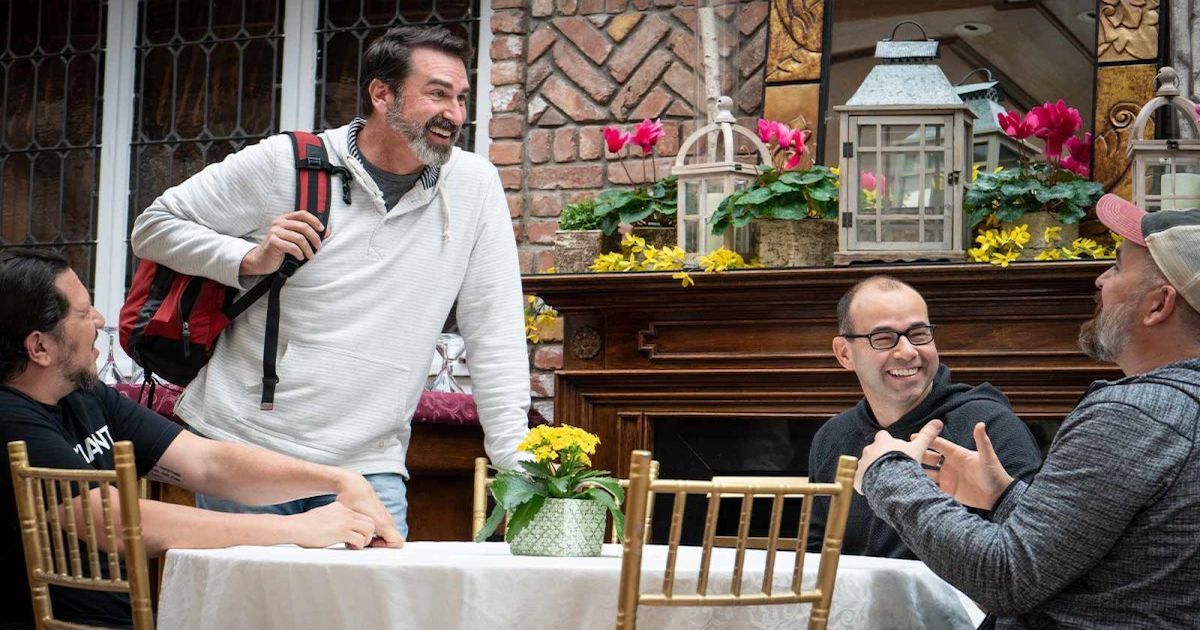 For the 21st episode of season nine, Impractical Jokers brought Rob Riggle on board. Riggle has been a well-respected comedic actor for some time, and in recent years, he has provided hilarious commentary to two different reality television shows, The American Dog Rescue Show and Holey Moley.

Riggle appears as a participant in a murder mystery game at the end of the episode, a fake event centered around James Murray’s raunchy punishment. In the game, Murray plays a dead body, clad in only a thong. At one point, a doctor comes into the room, and delivers a prostate exam on the prostrate Murray, discovering a ‘well-hidden’ scroll that reveals the cause of death. In the end, it’s revealed that Riggle is the murderer. 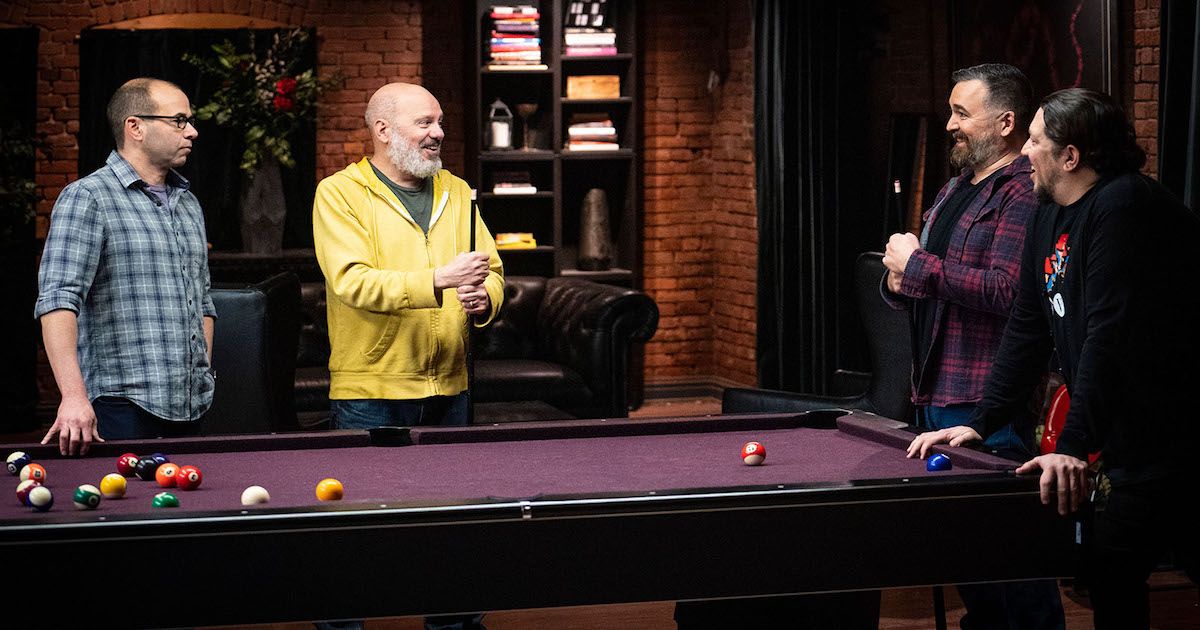 David Cross has been a part of countless comedic projects over the course of his decades-long career. He starred as therapist Tobias Funke in the critically acclaimed series Arrested Developmentand his career was launched with the irreverent and wacky sketch series mr. show. As such, it was an obvious decision for the Jokers to include him in season nine.

RELATED: How Nathan For You Subverted Reality TV and Typical Prank Shows

In David Cross’s episode, much like that of Rob Riggle, James Murray is the recipient of the final punishment, which Cross gleefully carries out. Cross portrays an intense method acting coach, and Murray is forced to act in a variety of scenes while being subjected to unpleasant experiences, which include swallowing a mouthful of cinnamon powder in his mouth and ingesting a scorching ghost pepper.

Long time fans of Impractical Jokers are likely still reeling from the departure of the much-beloved Joe Gatto. However, the introduction of celebrity guests has been a breath of fresh air for the series. If the remaining Jokers use the show’s popularity to continue to bring on all manner of talented folks, the show may be able to stay relevant for many years to come. The guests featured in the second half of season nine were used largely during the punishments at the end of the episodes or in shorter, pre-scripted sketches. However, there is no reason for this to be the entirety of the guest’s contribution to the series in season ten.

Of course, famous celebrities could, in being recognized by passers-by, potentially ruin a hidden camera segment. But through the use of disguises, or by simply hiring less recognizable individuals, the celebrity guests could serve as fourth competitors, and once again provide an even number for the show’s competitions.