Victory Venkatesh to play a cameo in this romantic fantasy movie? 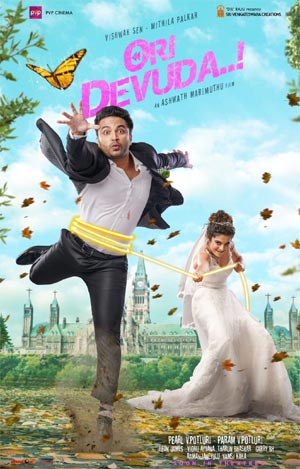 Victory Venkatesh is basking on the success of the movie F3. The veteran actor is playing a key role in Salmaan Khan’s Kabhi Eid Kabhi Diwali. Also, he is acting alongside Rana for the Netflix show Rana Naidu which is in the post-production stage.

Now the latest buzz is that Venkatesh will be playing a cameo in the fantasy film Ori Devuda which has Vishwak Sen in the lead role. The film is an official remake of Tamil super hit Oh My Kadavule. It is said that Venkatesh will reprise the God role played by Vijay Sethupathi in the original.

Mithila Parkar is the female lead in this film. It is directed by Aswath Narimuthu who also helmed the Tamil version. Asha Bhat plays an important role and it is produced together by PVP Cinema and Sri Venkateswara Creations.