YA celebrity romances always win me over. The headline is: Teen falls for famous teen, drama ensues. It gets me every time. Give me your teen actors, your singers, and even your radio celebrities and I am ready to read about how they navigate their careers and their romantic lives. Growing up is hard enough without having to deal with a job that comes with the pressures of public celebrity.

In YA celebrity romances, teens don’t just have parental supervision, they have bosses, managers, and PR coaches. They have added burdens to their romantic lives as they decide if they want or can have a public or private relationship. The celebrities and regular people involved in the resulting relationships have a lot to decide, and often, not a lot of time to make decisions.

If The Lizzie McGuire Movie and a surprisingly large number of Disney channel original programs have taught me anything, people love to watch teens fall in love with famous people. Even if in real life you would never want to see a middle schooler loose on the streets of Rome with only the assurance that the guy she is falling for is a pop star she has never heard of, in the aforementioned Lizzie McGuire Movie, “Hey now, hey now, this is what dreams are made of.” I could and would go on about the larger implications of YA celebrity romances through the ages, but that is not what today is about. Today is about me telling you what YA celebrity romances you should be reading.

Defining Dreams in YA Celebrity Romances

There are two kinds of celebrity romances here: on-screen celebrities — think TV and movie stars — and radio celebrities, the singers and radio hosts who gain notoriety. The popularity of Korean media stars is a large part of the YA celebrity romance landscape and the list I’ve prepared for you today. I also decided to include a mix of “two famous teens in a relationship,” as well as the classic “everyday teen, falls for a star.” I hope the mix in my list of the top nine YA celebrity romances gives you a taste of the celebrity experience from stardom to fandom to the paparazzi.

On-screen Celebrities in YA Celebrity Romances 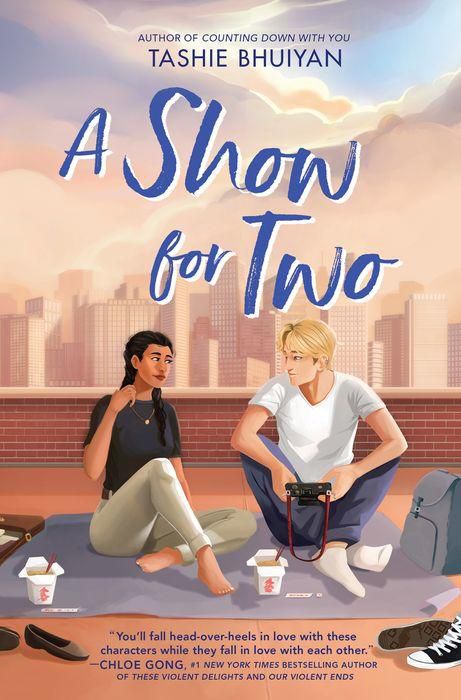 A Show for Two by Tashie Bhuiyan

An ambitious film student meets an indie film star at her high school who agrees to help her win a student film competition in exchange for her help with his photography contest. Mina is ready to get out of New York City the minute she graduates, and she knows getting into a film program at USC is her best way out. Luckily, a surly actor like Emmitt needs a city tour guide for his own passion and Mina is the local who can help. As they grow closer, they will have to decide if the picture-perfect life they dreamed of is worth everything they stand to lose in the process. 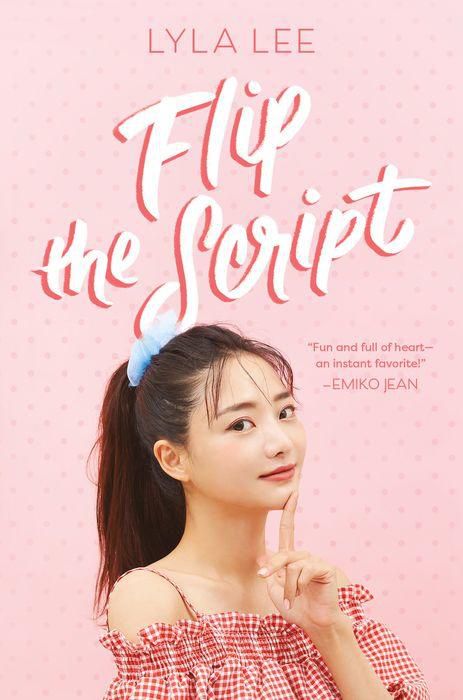 Flip the Script by Lyla Lee

Two K-drama actresses compete for the leading role in their new drama and fall for each other in the process. Hana knows she must balance her role as the drama’s lead and her K-pop co-star’s fake girlfriend. She does not know how she is going to handle Minjee, the girl they brought in who’s challenging her position on the show. Now she is at the center of a love triangle she did not sign up for, and it’s up to her to decide how her romance will play out. 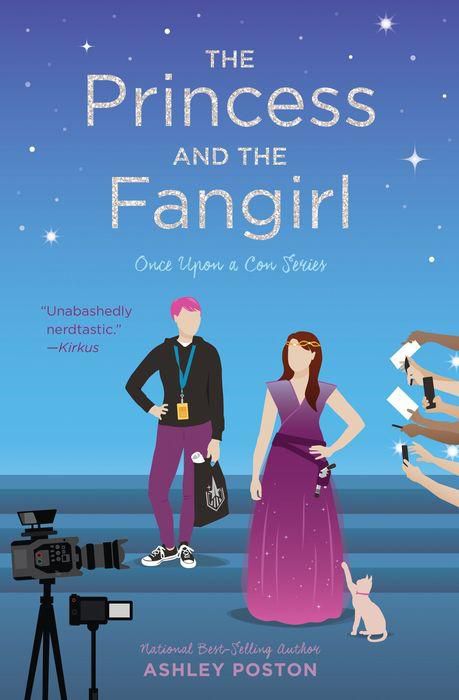 The Princess and the Fangirl by Ashley Poston

As a fangirl, Imogen will do anything in her admittedly limited capacity to save her favorite character from an on-screen death, even if the actress who plays that character longs to leave the show. Jessica is done with the fandom-wide scrutiny that has come with taking up a rebooted role on Starfield. So, when the next script leaks, everyone looks to the disgruntled actress as the primary culprit. Jessica needs to help her find out who leaked the script, and she meets a fangirl who could easily pass for her at the convention and solve the case simultaneously.

Sign up for Kissing Books to receive news, book recommendations, and more for residents of Romancelandia.

Thank you for signing up! Keep an eye on your inbox.

By signing up you agree to our terms of use

Radio Celebrities in YA Celebrity Romances 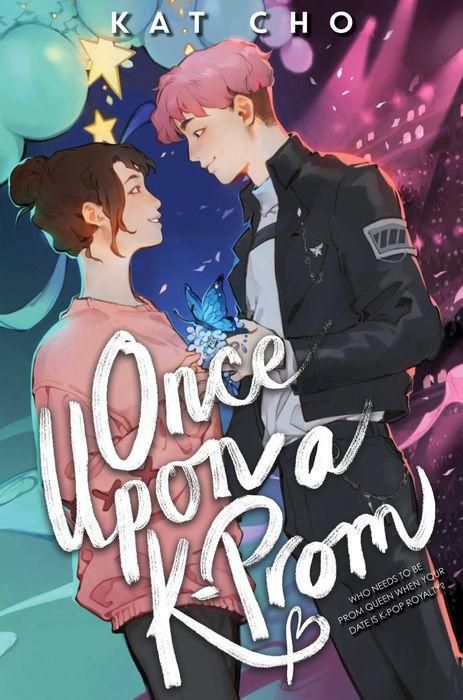 Once Upon a K-Prom by Kat Cho

When the boy next door moved to Korea, joined a K-pop group, and stopped talking to her, she figured their plan to go to prom together was off the table. Elena wasn’t expecting her ex-best friend turned K-pop idol to show up at her door and ask her to prom. Robbie certainly didn’t expect her to say no. Multiple times. Elena is more focused on volunteering at the local community center than trying to figure out why Robbie is back home and spending his limited free time with her. Just when she begins to believe he likes her, a horrible truth breaks up their tenuous relationship and threatens to break them up completely. 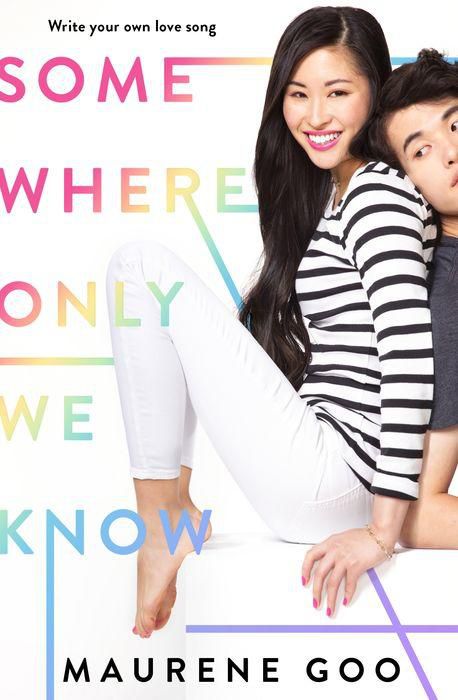 Somewhere Only We Know by Maurene Goo

After releasing her latest hit song, K-pop idol Lucky knows she has to avoid any bad press if she wants her US debut to go off without a hitch. A tabloid journalist like Jack is just the kind of person she needs to avoid. But Lucky thinks he doesn’t recognize her and she needs a break, so she agrees to sneak out of her hotel, eat all Hong Kong has to offer, and have some much-needed fun along the way. Jack plans on using their midnight getaway as the basis for an article that will change his career, but as he begins to fall for the person behind the idol-perfect image, he begins to question if his success is worth her pain. 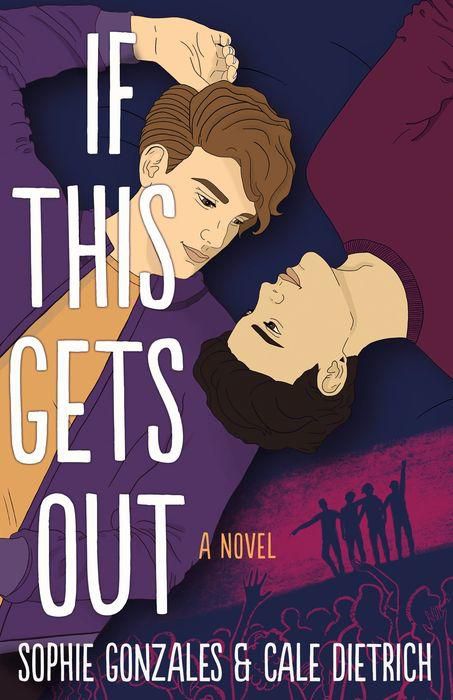 If This Gets Out by Sophie Gonzales and Cale Dietrich

Ruben and Zach, two members of a boy band at its peak, have always been good friends. But when their friendship develops into a romance their management does not approve of, they soon realize they may never be able to come out on their terms. During one of their most difficult international tours, Ruben and Zach will also have to decide if they will defy their management and potentially break up the boy band by telling their fans the truth. The truth can set you free, but what do you do when it threatens to destroy you in the process? 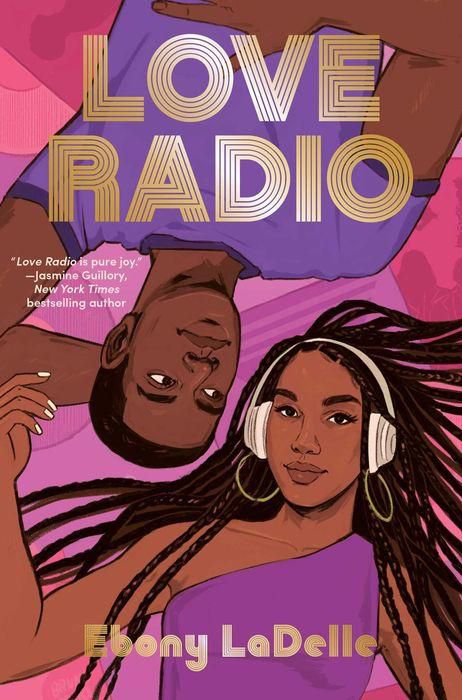 A radio celebrity has three dates to convince an aspiring author to derail her plans and date him long-term. Prince is a teen who gives dating advice to people on his radio segment and takes care of his mother with multiple sclerosis and his younger brother. He doesn’t exactly have time for a relationship, but when he is given a chance to date his longtime crush, Dani, he knows he has to make time for her if he wants a chance at love. Will the dating expert be able to follow his own advice and build something with a girl like her? 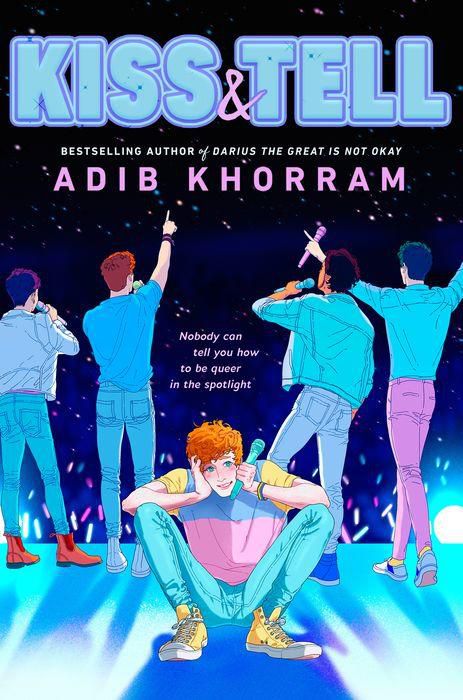 The only gay member of a top boy band tries to maintain his management-imposed clean image while navigating his first breakup and the development of a new relationship with the drummer of the opening band on his tour. It is hard to pretend to be a perfect queer role model when Hunter’s sexts with his ex-boyfriend are getting press coverage and the new relationship he wants doesn’t fit in with his persona. As a queer teen who never thought he would be in a boy band, much less one that would be this big, Hunter must decide how he wants to move forward in an industry that controls so much of his identity. 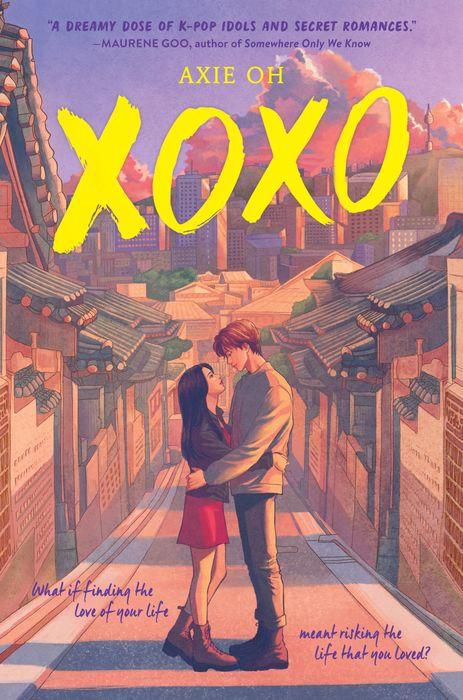 Jenny knows one amazing night with a mysterious boy at an LA karaoke bar will not derail her goal to become a famous Cellist. When she meets him again in South Korea, at an elite arts academy, Jenny realizes two important facts: that Jaewoo cannot date as a member of a famous K-pop band, and she cannot deny her feelings for him. Now, Jenny and Jaewoo will both have to navigate the ways their secret relationship will derail the paths that they’ve set out for themselves.

It’s A Wrap: YA Celebrity Romances