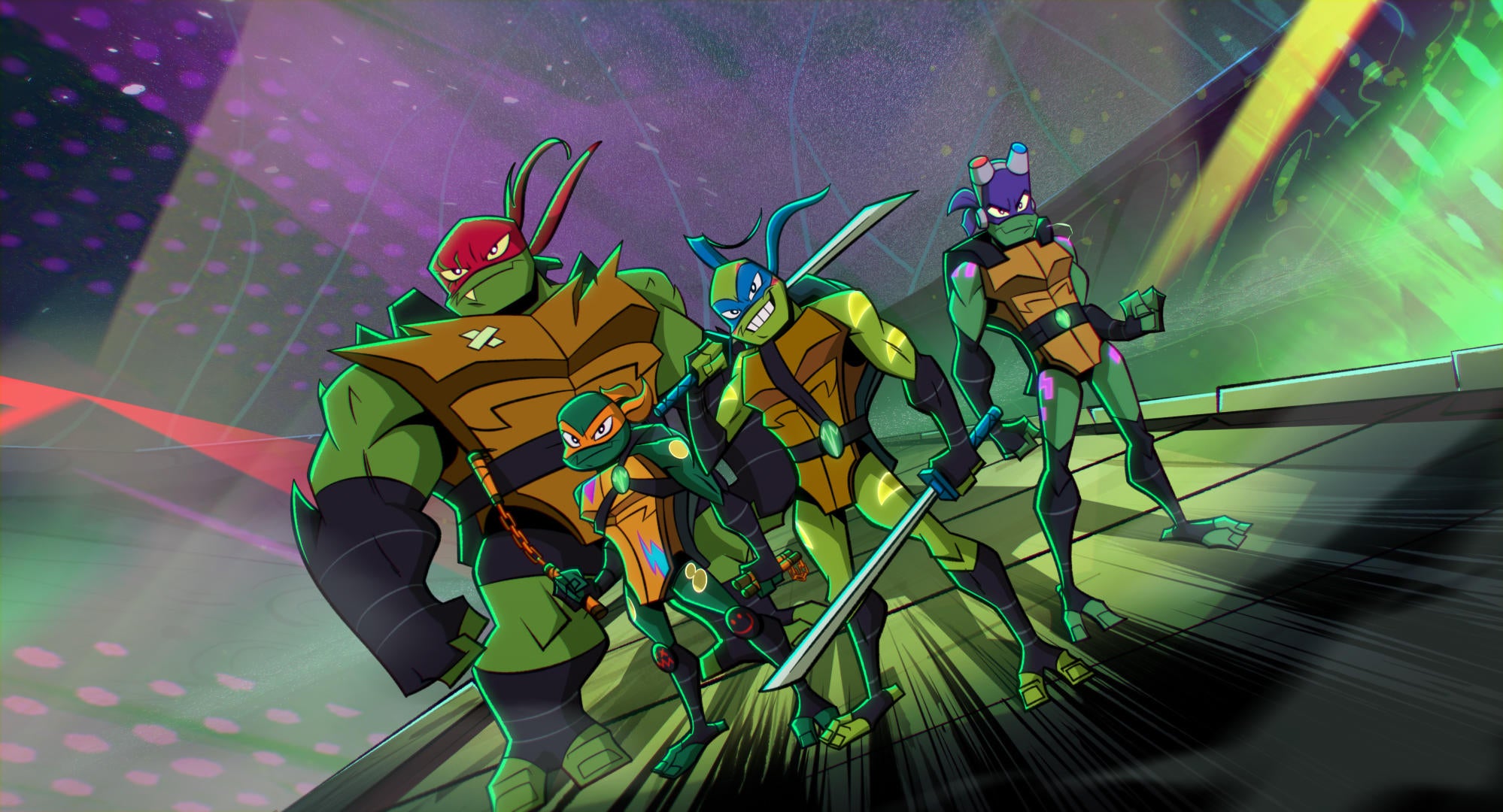 The main cast of the movie consists of the same cast who voiced the characters in the series, but it also adds a few voices, and characters. So let’s take a look at the voice cast of Rise of the Teenage Mutant Ninja Turtles: The Movieand where you may have heard them before.

Omar Benson Miller voices Raph, the muscle of the group, in Rise of the Teenage Mutant Ninja Turtles: The Movie, reprising his role from the series. You might not recognize Omar Benson Miller for his voice roles, but rather from his live-action appearances, specifically his role as Charles Greane in the series, ballersor as Sol George in 8 Mile.

Voicing the most rad Turtle of the bunch, Mikey, is Brandon Mychal Smith, reprising his role from the series. Again, like Omar Benson Miller, Brandon Mychal Smith is not known for his voice work, mainly working in live-action projects. You might recognize him for his role as Sam in the series, You’re the WorstTyrone in dirty grandpa, or Bug Wendal in Gridiron Gang.

Josh Brener reprises his role from the series and voices the brains to Raph’s brawn, Donnie. While Brenner has done some voice acting work, like his role as Neeku Vozo in Star Wars: Resistance, he is most likely more recognizable from his live-action roles. Josh Brener appeared as Nelson ‘Big Head’ Bighetti in Silicon Valleybut he might also be recognized for his role in The Internship as Lyle or his role as David in Baked in Brooklyn.

Voicing Casey Jones in the Rise of the Teenage Mutant Ninja Turtles: The Movie is Haley Joel Osment. Casey Jones is the hockey stick-wielding fighter who often accompanies the Teenage Mutant Ninja Turtles, but in this iteration, he comes from the future. Haley Joel Osment is best known for his roles as a child actor, mostly as Cole in The Sixth Sense, and as David in AI Artificial Intelligence. This isn’t to say that he is a stranger to voice work, voicing Sora in the Kingdom Hearts franchise, and more recently voicing Kash D. Langford in Jurassic World: Camp Cretaceous. He has more recently appeared in The Boys, Goliath, and Future Man.

Reprising her role from the series is Kat Graham as journalist April O’Neil. Kat Graham would be recognized more for her live-action roles. She was Samantha in How it EndsBonnie in The Vampire Diariesand Jada Pinkett in All Eyez on Me. More recently, she also voiced Rhythm and Blues in Trolls: TrollsTopia.

Voicing the rat sensei of the Turtles, Master Splinter, is Eric Bauza. Bauza is best known for his voice acting roles, as he has appeared in over 300 titles. From all his roles, he might be best known for voicing Daffy Duck and Bugs Bunny in the most recent Looney Tunes cartoons. He also voiced Puss in Boots in The Adventures of Puss in Bootsand Tiger Claw in the 2014 Teenage Mutant Ninja Turtles animated series.

The major villain of this movie is Krang, and there are a few of them. Voicing Krang One is Jim Pirri, who, over the years, has done both voice acting and live-action. He might be best known for his voice in Penguins of Madagascar as Gondolier, or for his role in the video game Days Gone, as William ‘Boozer’ Gray. As for live-action Jim Pirri appeared as David Vega in victorious and as Sergei in an episode of friends.

Voicing the second Krang, Krang Two, is Toks Olagundoye. Olagundoye has appeared in both live-action and animated roles, but might be best known for her voice acting. She appeared in Carmen Sandiego as Countess Cleo, Castlevania as Zamfir and she most recently appeared in Arcane as Mel Medarda. As for live action, Olagundoye appeared in Castle as Hayley Shipton and The Neighbors as Jackie Joyner Kersee.

Playing Warren Stone, a news anchor who was turned into an earthworm is John Michael Higgins, who reprises his role from the series. You would probably recognize John Michael Higgins from his voice and his face, as he is one of those actors who seemingly pops up in everything. You probably recognize him as John from Pitch Perfector you might note his voice from his roles in Bob’s Burgers and as Varrick in The Legend of Korra.

Returning to voice one of the villains from the series, Hypno-Potamus, is Rhys Darby. You might recognize the actor from New Zealand by his voice or live-action roles. Darby recently starred in Our Flag Means Death as Stede Bonnet. But you might also recognize him from Flight of the Conchords, in which he played Murray. He has starred in Carmen Sandiego, Voltron: Legendary Defender, and Bob’s Burgers.

Rise of the Teenage Mutant Ninja Turtles: The Movie is currently available to stream on Netflix.