better things, the series you created, wrote and star in, has returned to BBC2 and we can’t thank you enough. For four spellbinding seasons, we – your fans – have watched you chuckle, kvetch, struggle and celebrate in the role of Jewish divorcée Sam Fox, a jobbing actor who also voices cartoons, while raising three daughters and managing/caring for an elderly mother despite no one looking after her. But Sam copes with this responsibility overload in the same way the rest of us do. She just gets on with it. 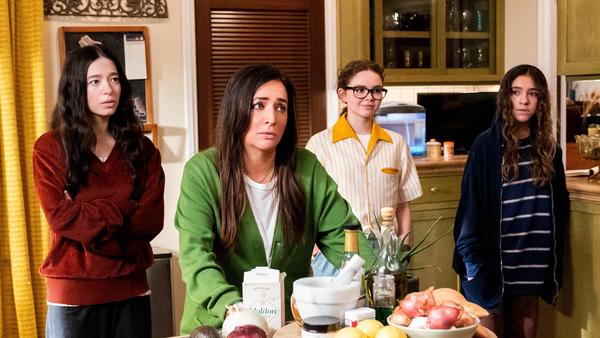 better thingsa semi-autobiographical, but totally scripted dramedy finally gave us a Jewish female protagonist we can relate to, irrespective of how much we love the manicured, family-funded, brisket-making Marvelous Mrs Maisel. Shows that reflect our own lives, while clarifying who we are to others, don’t come along very often and few, if any, have done it better than better things. 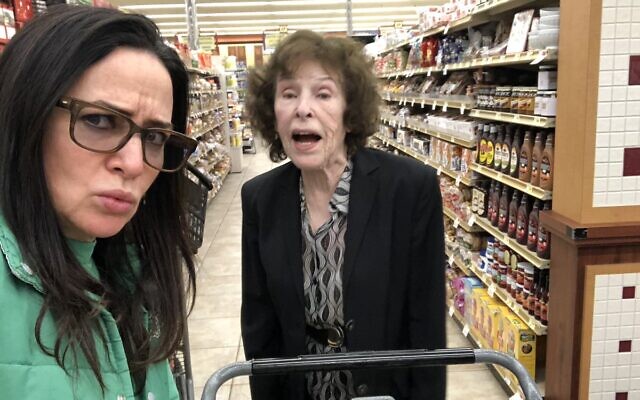 That so much of the series mirrors your own life and history accounts for the authenticity, as you have taken the advice ‘write what you know’ and run with it. So Sam, like you, is the daughter of a witty American who died (your late father was writer-producer, Don Segall) and an English mother (expertly played by Celia Imrie). Your own mother, Marina, converted to Judaism and it was touching to read that she got really mad when you told people she was a convert – “Because she considers herself Jewish”. 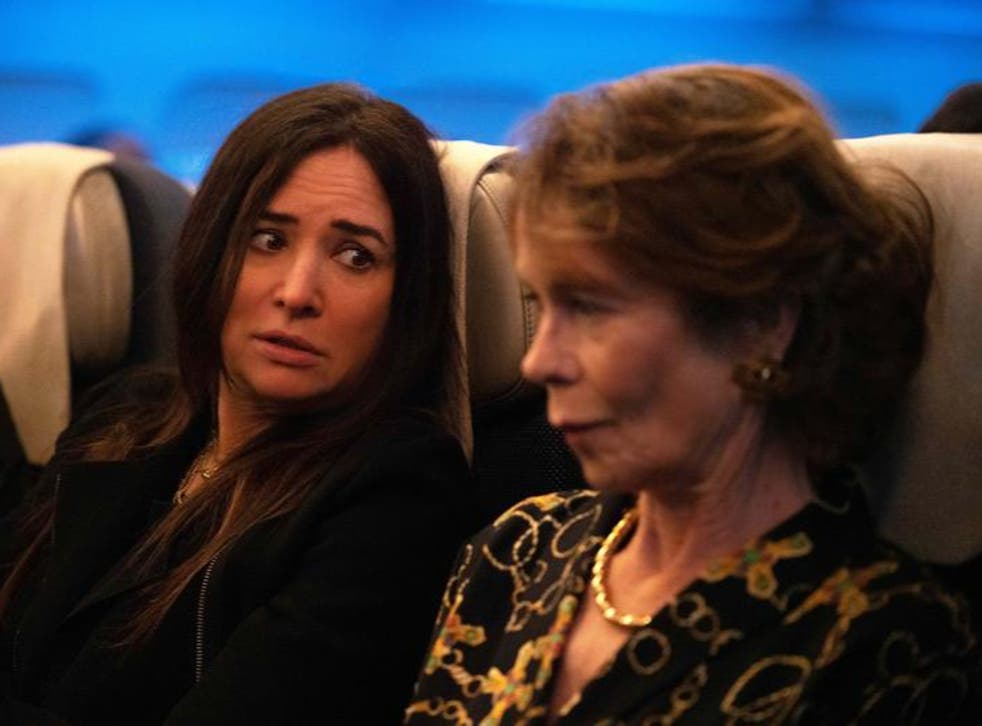 You have also said that better things “feels so Jewish to me”, which is great, because it does to us. How could it not, with the inclusion of so much casual Yiddish, a bat mitzvah, Zoom shivah, laughter in the face of tsorus and a pet goldfish called Gefilte? Even travel preparation is Jewish in your master work, as this last series introduces the term ‘packing schpilkes‘ which I also suffer from when I’m going away. 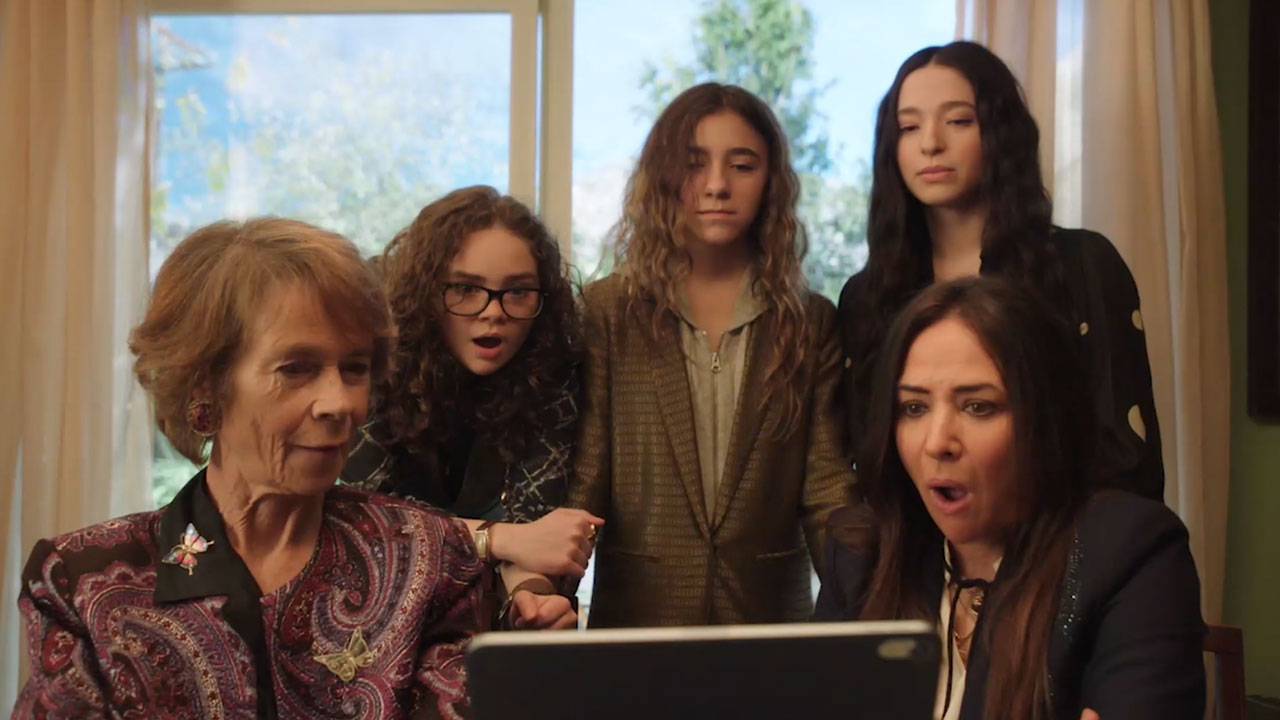 The Zoom shiva in season 5 of Better Things, which is sadly the last

Funny, warm, relatable and honest, Sam is a heimishe heroine who averts the evil eye by spitting and welcomes everyone regardless of persuasion, into her home to eat. Sam is a feeder and cooks relentlessly for her family and after work too, just as you do Pamela, as you revealed to Thrillist.com: “It’s showing people it’s actually way more cost-efficient, less wasteful, and more delicious than getting takeout. Loveless food has no taste.”

Like us, Sam also knows that food is a key part of successful Jewish parenting because kids offload when they are eating.

Some of the best scenes in better things have taken place around the kitchen table when daughters Max (Mikey Madison) Frankie (Hannah Alligood)and Duke (Olivia Edward) reminisce, tease, argue, and then storm out on their mother, who spent most of the episode preparing the dishes for real . There is no fakery in this show, so when Sam cut her hand slicing garlic, the blood was as real as the emotion the series generates – and without any schmaltz.

Secular, but firmly attached to her cultural roots, Sam feels like a kindred spirit to many of us, and thankfully isn’t saddled with an accent from the old country like so many Jewish screen characters. No, in this show klezmer music isn’t a signpost to our ethnicity, it’s the backing track to Sam making borscht, which means we can watch better things from the sofa and not behind it. 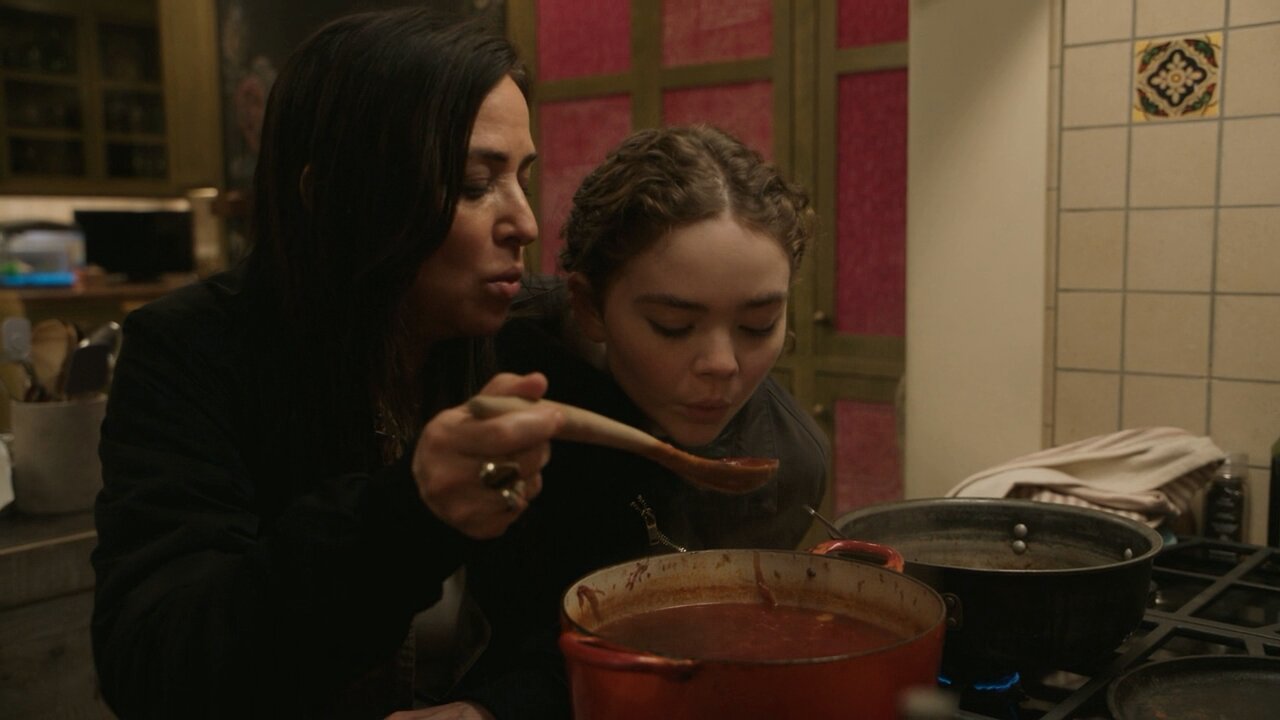 Borscht is the catalyst that leads to a family row in the final season, and the spat, which results in Sam eating her beetroot soup alone, is a familiar one. Undermining a mother, overreacting to small stuff, confronting childhood trauma and attributing blame are often part of the Jewish dining experience and over the past six years, we’ve seen Sam and her family navigate these aspects of life on camera as free-flowing every day vignettes. Puberty, ageing, divorce, menopause, mental health, identity and heritage have all been on the table, usually surrounded by shot glasses and bowls of tomato bisque with crostini. Pamela, you were kind enough to share that recipe on Instagram, but there will never be a better share than Better Things.

PS My sister Harriett has asked if you would consider becoming her best friend. If not, would you mind asking Sam?