After much back and forth, it’s finally been confirmed that Netflix’s royal drama The Crown will return for two more seasons, bringing its total to six. But based on what we know of the release schedule, that still means that the highly addictive adaptation of Queen Elizabeth II’s reign will be over by 2024, or 2025 at the latest.

If you’re already worrying about how you’ll quench your thirst for royal TV after the show ends, it’s safe to bet that Netflix is ​​worried about it too—The Crown is a buzzy hit and a guaranteed Emmy nominee for them, and it’ll leave a big gap in their lineup. But the streamer does have a new royal drama on its docket, and though it’s early days, it just might be a worthy successor to The Crown.

titled The Empress, this upcoming series follows Elisabeth of Bavaria, known widely by her nickname “Sisi.” Sisi was a German princess who became Empress of Austria and Queen of Hungary upon marrying Emperor Franz Joseph I in 1854. Sisi was famously rebellious, and soon began to chafe against the court’s restrictive power structure—and if the official synopsis is anything to go by , that rebellion will be front and center in the series, which begins in Sisi’s teenage years. 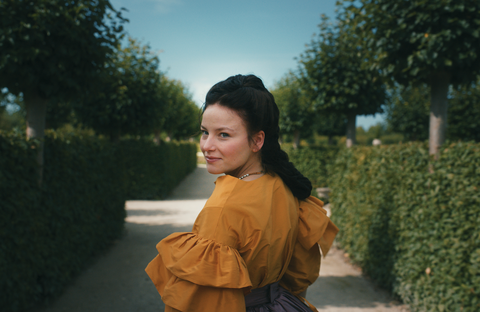 After marrying Franz at just 15 years old, the synopsis explains, “the young empress must assert herself not only against her mother-in-law, the sovereign, power-hungry Sophie, but also against Franz’s brother Maxi, who himself longs for the throne (and for Sisi).” The young empress also has to contend with enemy troops gathering at the border, and a civil rebellion within Vienna itself. The summary concludes: “Elisabeth must find out who she can trust and how high the price is to be a true empress and a figure of hope for the people.” Devrim Lingnau stars as Sisi, while Philip Froissant plays Franz.

There’s plenty of psychological intrigue to draw on in Sisi’s story. For one thing, she was publicly adored with a fervor that has drawn comparisons to Princess Diana. That’s not the only parallel between the two princesses—like Diana, Sisi lived with a severe eating disorder, and was very preoccupied with maintaining her figure and beauty at all costs. Sisi’s life also ended in an abrupt and tragic manner, when she was assassinated in 1898.

The Empress will launch on Netflix on September 29th.

Emma Dibdin is a freelance writer based in Los Angeles who writes about culture, mental health, and true crime. She loves owls, hates cilantro, and can find the queer subtext in literally anything.