What are the best superhero movies? Almost as long as we’ve had comic books and serialized novels, we’ve had superhero movies. Larger-than-life action movies that bring our favorite heroes and villains to life on celluloid, enthralling the familiar and unfamiliar alike.

Nowadays, these kind of adventure movies are dime-a-dozen. We get new ones every other month, from the MCU and DCEU, to the occasional, franchise-free release. There are now a lot of films about superheroes; Batman, Superman, and Spider-Man alone leave you with dozens of choices, before you even get to the Thor movies, Iron Man’s appearances, or Captain America’s Marvel movie saga.

One could argue there are too many, but that’s a discussion for another time. Right now, we’re going to list the best superhero movies, so you know exactly what the essentials are. Be warned, there are some hot takes, but such is navigating any best movies list – we’re here to lay down the law, as a certain judge, jury, and executioner down below would say. Let’s get our capes on.

What are the best superhero movies? 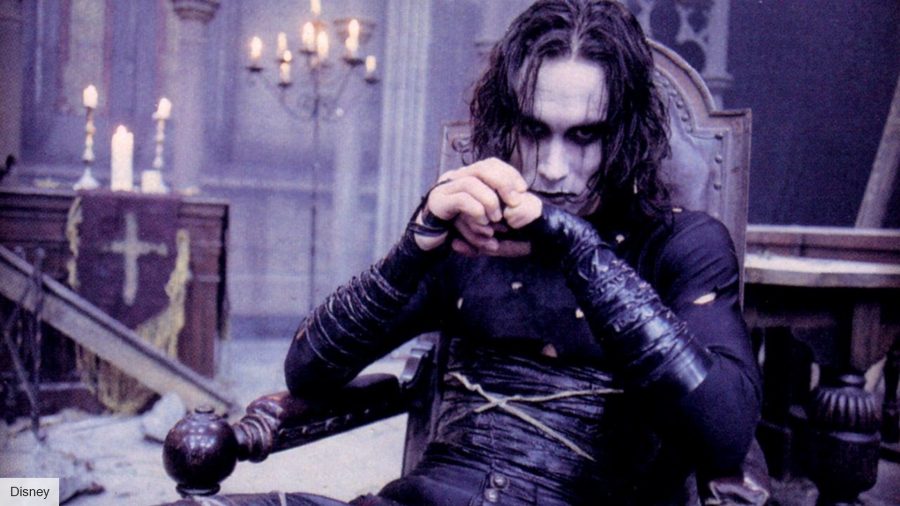 If we were judging any of these films on their soundtrack, The Crow would easily come out on top, featuring cuts by Nine Inch Nails, Rollins Band, Helmet, and The Cure. Alas, great tunes only get you so far; all the fine action and gothic set design take The Crow the rest of the way.

Brandon Lee stars as the cult anti-hero Eric Draven, resurrected for one day by the eponymous mythical crow after he and his partner are murdered. A musician with shoulder length hair and an affinity for corpse-paint and a decent pair of leather pants, he’s your archetypal goth, now living the dream as part of the undead.

Can’t rain all the time: The best romance movies

However, dreams are short-lived in Alex Proyas’s adaptation of James O’Barr’s dream comic. Eric blows his way through the gang that targeted him, leaving his insignia behind for any onlookers. This ’90s movie gloriously captures the spirit of the era, made all the more poetic by Lee’s tragic passing mid-filming. 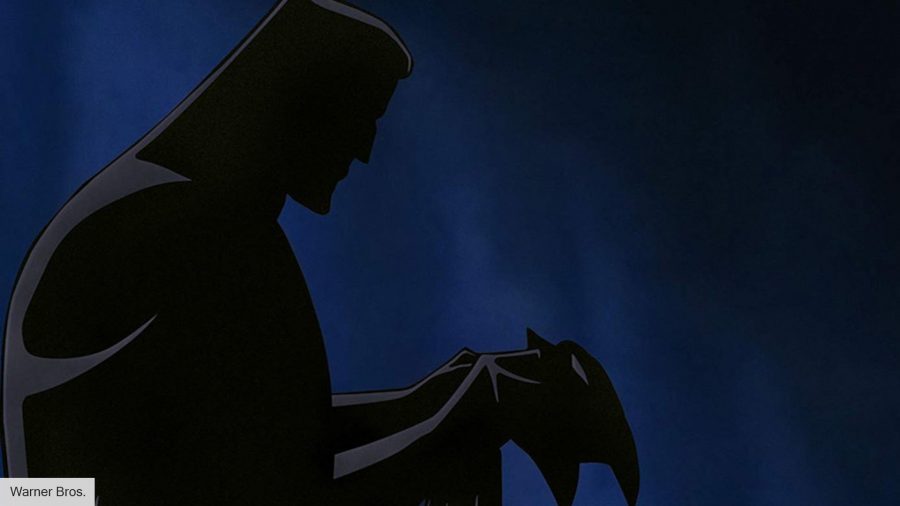 Batman: Mask of the Phantasm

Just as Batman: The Animated Series is one of the definitive takes on Gotham’s protector, accompanying feature Mask off the Phantasm is one of the best Batman movies. A copycat killer masquerading as the big, bad bat intertwines with Bruce Wayne’s past, creating a lovelorn mystery for him to unravel.

Bruce Timm and Eric Radomski further exemplify their deep understanding of DC’s detective by pitting him against a puzzle that evolves with every twist. They invoke Bruce’s childhood in order to broaden his background beyond the death of his parents, an ambition sorely lacking from other jaunts on the silver screen.

Mask of the Phantasm looks superb, too, benefiting from the feature-length remit. All that, and Kevin Conroy delivers what could be his greatest vocal performance as Bruce. 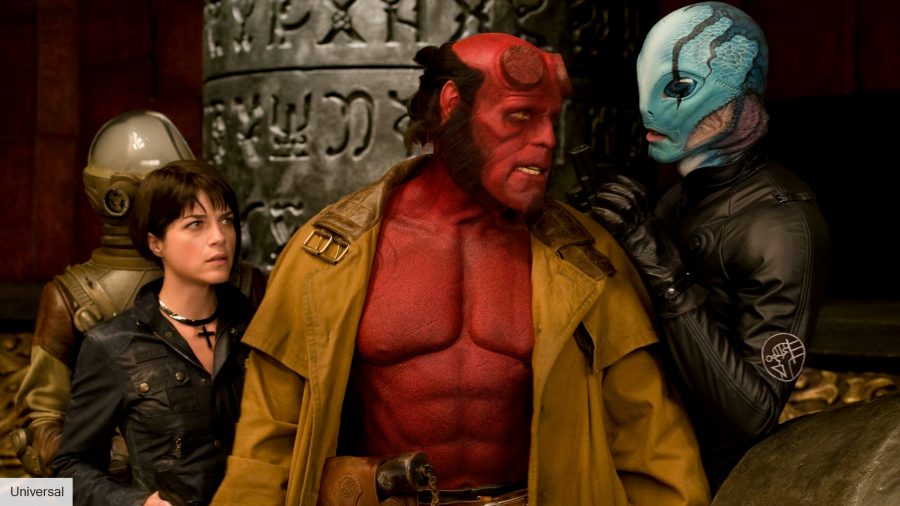 Let it never be forgotten in all the fervor of the MCU and DCEU that the mid-2000s gifted us with not one but two Hellboy movies made by Guillermo del Toro. Both great, the second inches it overall by being bigger, stranger, and more ambitious.

The half-demon hero, played by Ron Perlman, and his slightly monstrous teammates at the BPRD have to stop an elf prince from reactivating a dormant mechanical army that’s considered unstoppable. They’re led to a fantastical hidden market in New York, the Giant’s Causeway, and the Angel of Death.

Naturally with del Toro the effects work is brilliant, full of eye-catching and intricate details. Combined with spot on casting that includes Selma Blair, Doug Jones, and John Hurt, the film feels like one of creator Mike Mignola’s books come to life, but still its own beast as well. 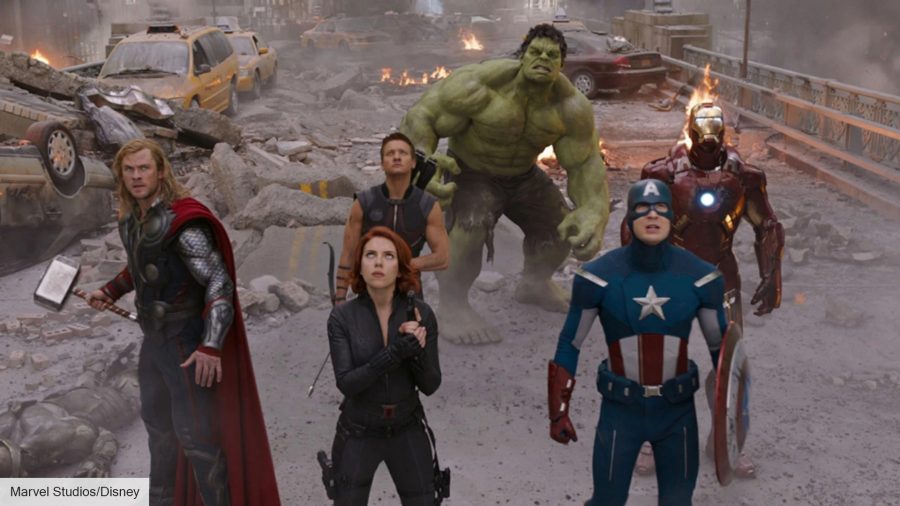 The definitive superhero movie of the 21st century so far, The Avengers is lightning in a bottle. Crossing over six different heroes, each from disparate preceding blockbusters, the sheer kinetic energy makes it an infectious romp that’s pure popcorn entertainment.

Iron Man, Captain America, Thor, Hawkeye, Hulk, and Black Widow are drawn together when Loki causes an alien invasion in an attempt to rule Earth. The Avengers Initiative’s first recruits don’t gel at first, and watching Robert Downey Jnr and Chris Evans challenge each other is amusing as is, but it’s when they finally put their differences aside the picture ascends to another level. 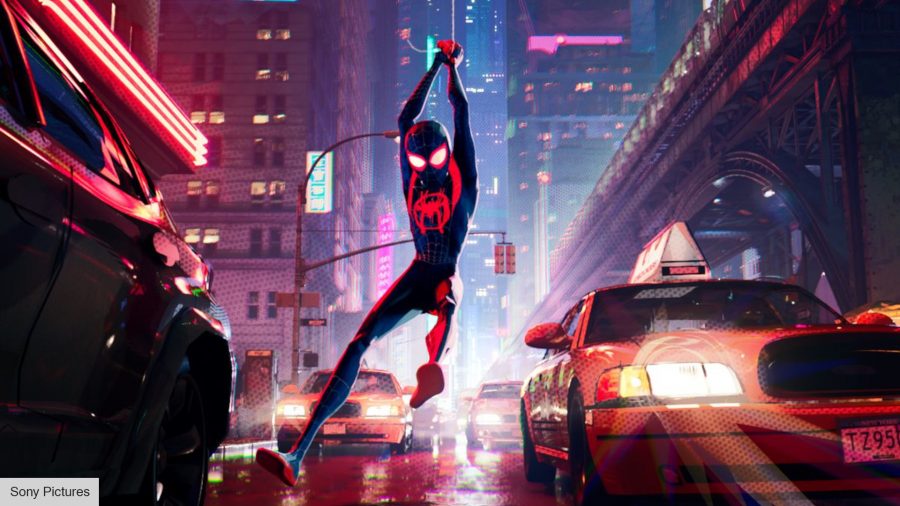 Spider-Man: Into the Spider-Verse

Spider-Man has been so prolific and beloved for so long, he’s almost a genre unto himself. Into the Spider-Verse plays with that by creating a team made entirely of alternate web-heads, Miles Morales at the centre.

Each Spidey has their own aesthetic, with Spider-Man Noir all grays and blacks, the biomechanical SP//dr styled as an anime character, and so on. They’re forced together by Wilson Fisk and his interdimensional portal that threatens the fabric of existence. Never a dull day when you’re a web-slinger!

Among all the joyous references and beautiful sequences, we get an introspective story from Miles learning what it means to be a hero, and why Spider-Man still inspires us all. Filmmaking is so often synonymous with magic, and what directors Bob Persichetti, Peter Ramsey, and Rodney Rothman accomplish is nothing short of wizardry. 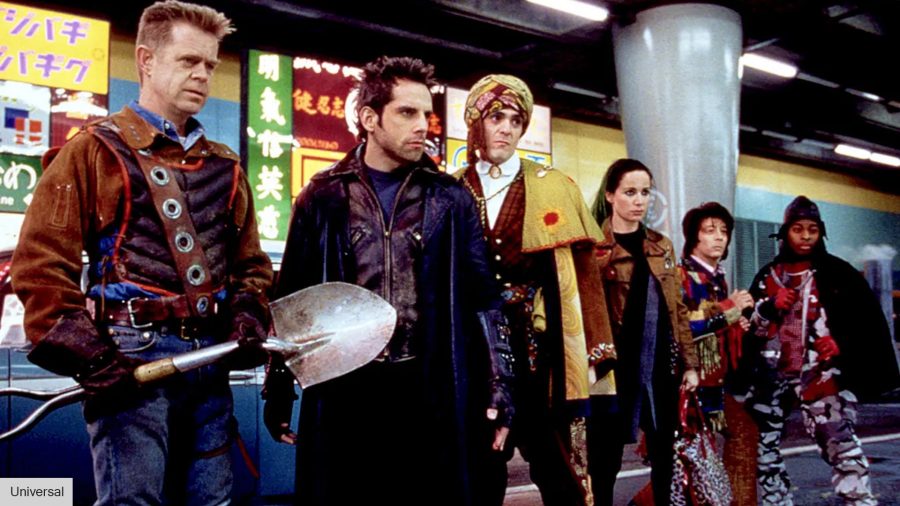 A flop when it came out, hapless superhero comedy movie Mystery Men would likely find it considerably easier to garner an audience if released now. Ben Stiller, William H Macy, Hank Azaria, Janeane Garofalo, Kel Mitchell, and Greg Kinnear are a group of blue-collar heroes struggling to be taken seriously in comparison to the extravagantly superpowered Captain Amazing.

It doesn’t help their powers include cutlery as lethal weapons, using a shovel like a hammer, getting really, really mad, and constant bickering. When the opportunity to stop released supervillain Casanova Frankenstein arises, they manage to stop arguing just long enough to seize the day.

Kinka Usher’s one and only feature-length production, Mystery Men has an easy-going nature to it, lovingly satirising the absurdity of superheroes. The cast, mostly from comedic backgrounds, seem very aware effects-heavy action film typical of these stories aren’t their forte, but make clear they can still hang under the right circumstances. 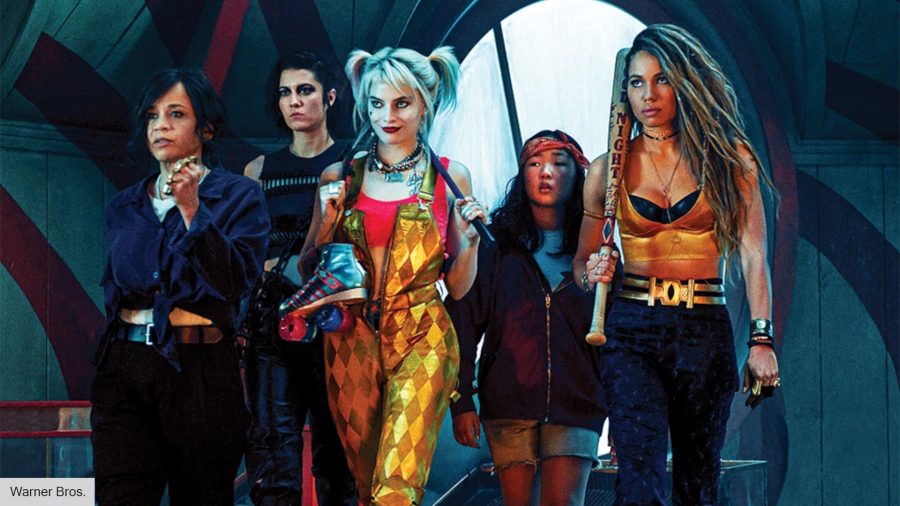 Cathy Yan’s colourful, high-spirited film about Harley Quinn joining up with several other female DC anti-heroes after she breaks up with Joker deserved better. Margot Robbie returns as Harley to battle the Black Mask, enlisting the help of Huntress, The Black Canary, Cassandra Cain, and Gotham City detective Renee Montoya.

Birds of Prey is bright and energetic, nimble choreography giving the set-pieces a madcap, fearless quality. In contrast to DC’s penchant for doom and gloom, this is loud and proud, pushing the franchise away from further rehashes of old faithfuls. If there’s any justice, we’ll get a sequel one day. 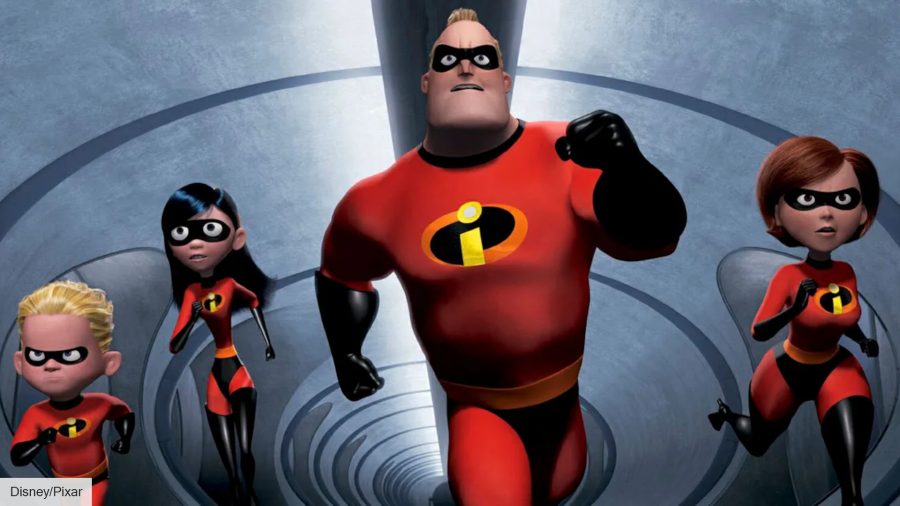 Before the Fantastic Four came to the big screen in live-action proper, Pixar made a superhero family that challenged the Marvel team’s place in our hearts. Forced retirement led Mr Incredible and Elastigirl to settle down and have a family, giving birth to three kids: superfast Dash, force-field generating Violet, and Jack-Jack, whose powers are so far undefined.

The parents work regular jobs, but Mr Incredible starts taking some contract work stopping evil robots, all part of a ploy by Syndrome, who holds a grudge from being rejected as a sidekick some years prior. Soon the whole family is needed to save the city, including some friends like Frozone, voiced by the one and only Samuel L Jackson.

Behind the sterling adventure, The Incredibles is a delightful, heartfelt family drama that looks at aging and unrequited dreams. Director Brad Bird imbues superheroism with a sense of mortality and responsibility towards tomorrow’s great protectors. 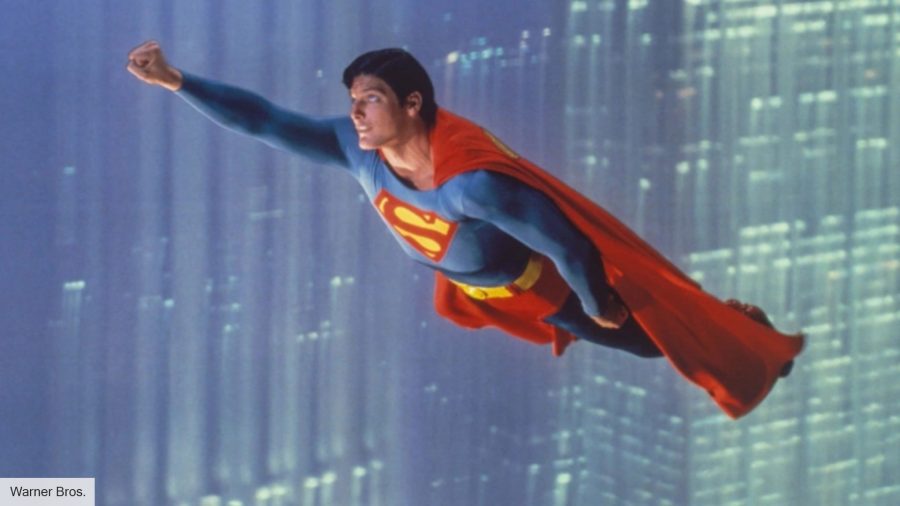 In 1978, Richard Donner made us believe a man could fly, and in many ways, we’re still chasing that sense of wonder. Superman is the platonic ideal of superhero movies, full of awe and splendor, but also unassuming and quietly idealistic.

Is it a man, is it a bird? The best alien movies

Much of that comes down to Christopher Reeve’s casting as the Man of Steel. His performance sits right at the crossroads between humble reporter Clark Kent and larger than life hero, morphing his body language and demeanour as needed. Donner wants us to believe in superheroes; Reeve makes us believe they’re all around us every day. 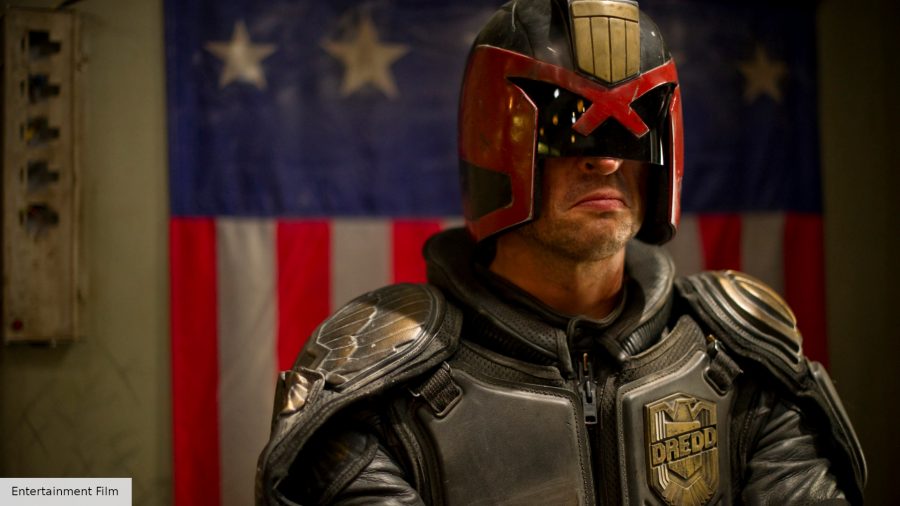 Just about everything in Pete Travis and Alex Garland’s take on Judge Dredd and Mega-City One serves as a balm for the farcical Sylvester Stallone effort. Karl Urban keeps his helmet on as the toughest lawman in the city, the dystopian metropolis feels like a genuine hellhole, and Olivia Thirlby features as Judge Anderson, one of Dredd’s great accomplishes.

Anderson and Dredd get stuck in a rundown apartment building, forced to push their way up against a drug-peddling gang. Their skills and resources are pushed to their limits by the ensuing chaos, forced to work without backup.

The scope is smaller than many of its peers – something that didn’t help Dredd following The Avengers in 2012 – but that’s exactly what Judge Dredd stories are. He doesn’t take on the world, just enforce the rules when lawlessness is rampant. The Judges need not be full on standard-bearers, but more of this kind of tightknit thrillers would be welcome from caped crusaders of all sorts.

They’re the best superhero movies. If you’d like more extraordinary beings, check out our list of the best fantasy movies.