The highs, lows, and heartbreaks of all kinds of sports — as well as the culture and politics that are inextricably tied up where competition meets commerce — have produced some of the most beloved and exhilarating movies ever made. Unfortunately, not a whole lot of these great sports films reside in Netflix’s current US catalog.

That said, there are still some genuine gems to be found on the service — from silly comedies to rousing biopics and documentaries that lift the curtain on sporting scandals. (And if none of these will suffice, allow me to cheat and suggest a series: 2020’s wildly compelling Chicago Bulls docuseries, The Last Dancewhich is a Netflix Original.)

So sound the whistle, drop the flag, and punt that pigskin: Here are the very best sports movies on Netflix. 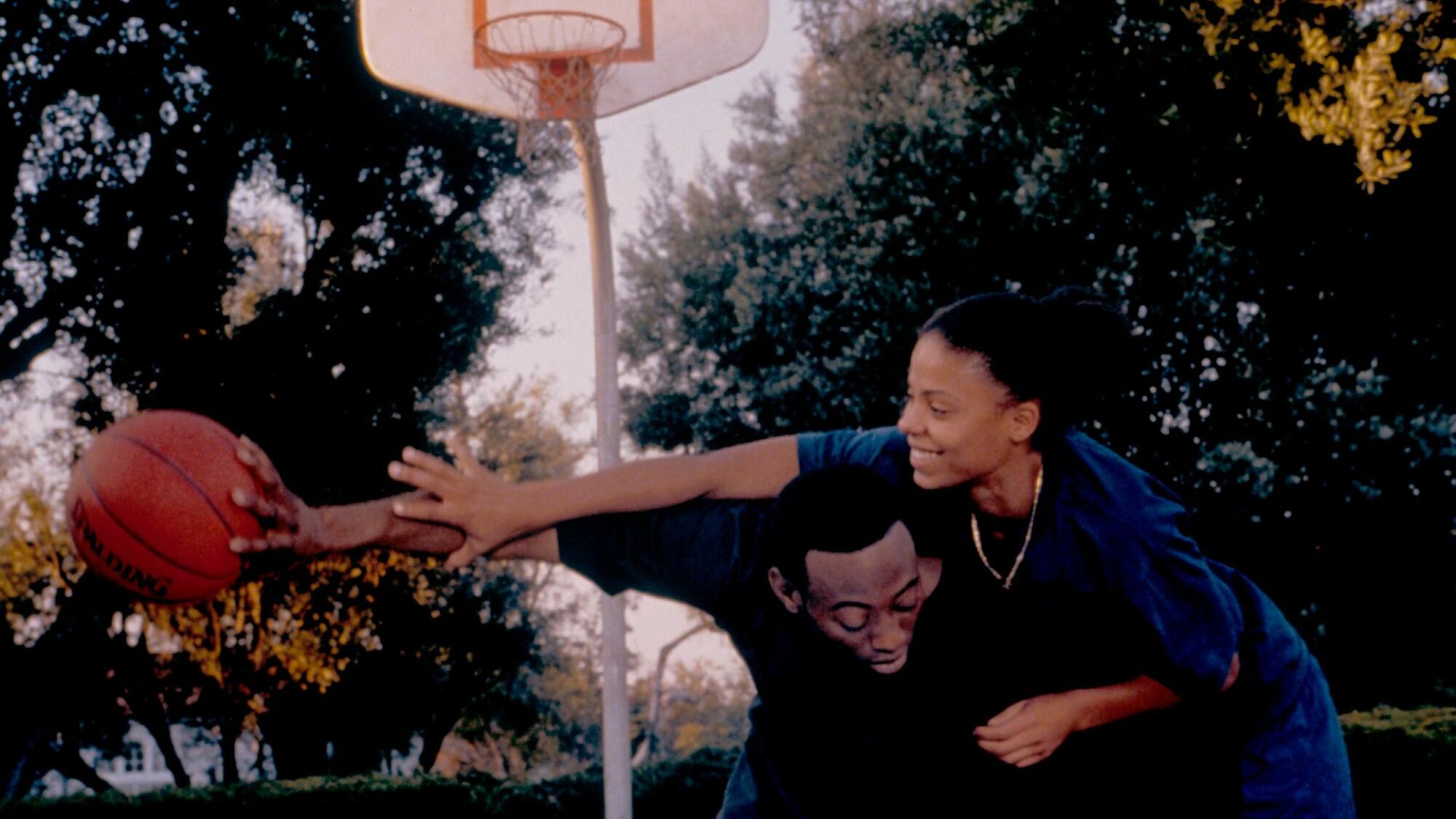 This sports-drama-romance was the directorial debut of Gina Prince-Bythewood — who’s more recently brought you The Old Guard and The Woman King — from her own script. Inspired by Prince-Bythewood’s own life and her desire to see Black love stories in the vein of When Harry Met Sally, Love & Basketball stars Sanaa Lathan and Omar Epps as Monica and Quincy, two aspiring basketball stars who find themselves torn between focusing on the game they love and their love for each other. Spanning nearly 20 years from their boy/girl-next-door meet-cute to wrenching adult decisions about their futures, the central pair (who were dating IRL during production) have off-the-charts chemistry right up to their climactic face-off on their home court, proving that trash talk can be even sexier than pillow talk. But it’s also notable for showcasing Monica’s talent as much as Quincy’s, and proving that a man’s ambitions don’t have to be the sole driving force of a great sports story. 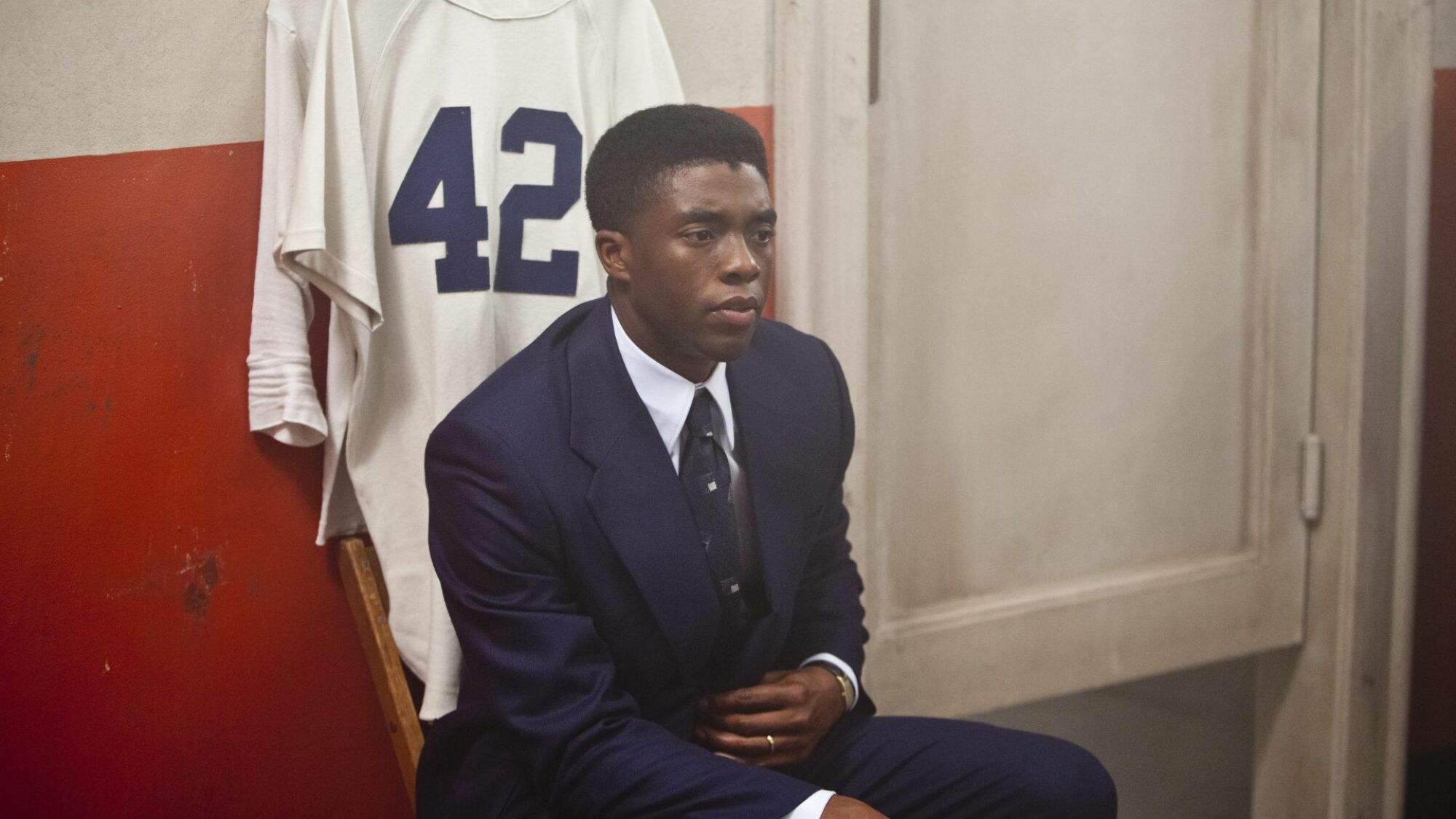 The late Chadwick Boseman got his biggest break yet when he landed the role of Jackie Robinson, the first Black man to have a career in Major League baseball, in this 2013 biopic — the first of several Black icons he’d embody before his tragically early death at the peak of his powers less than a decade later. The film is a straightforward (if occasionally dramatised) account of Robinson’s early years in the MLB, but Boseman’s performance is fascinating. Robinson stoically bore the racism and abuse hurled at him as he entered spaces previously reserved almost exclusively for white men, and Boseman bears the challenge of playing a man who must maintain his composure at almost all times under one of the brightest spotlights imaginable while still letting the rolling emotion beneath show through.

8 best sports movies on Hulu for every type of fan

It’s also worth noting that for some reason “baseball in the 1940s” makes for one of the most gorgeous color palettes ever put on film, full of dusty, muted uniforms, bright sunshine, and impeccably turned-out crowds. If you’ve watched A League of Their Own countless times, the look — and the feelings — of 42 will hit the sweet spot. 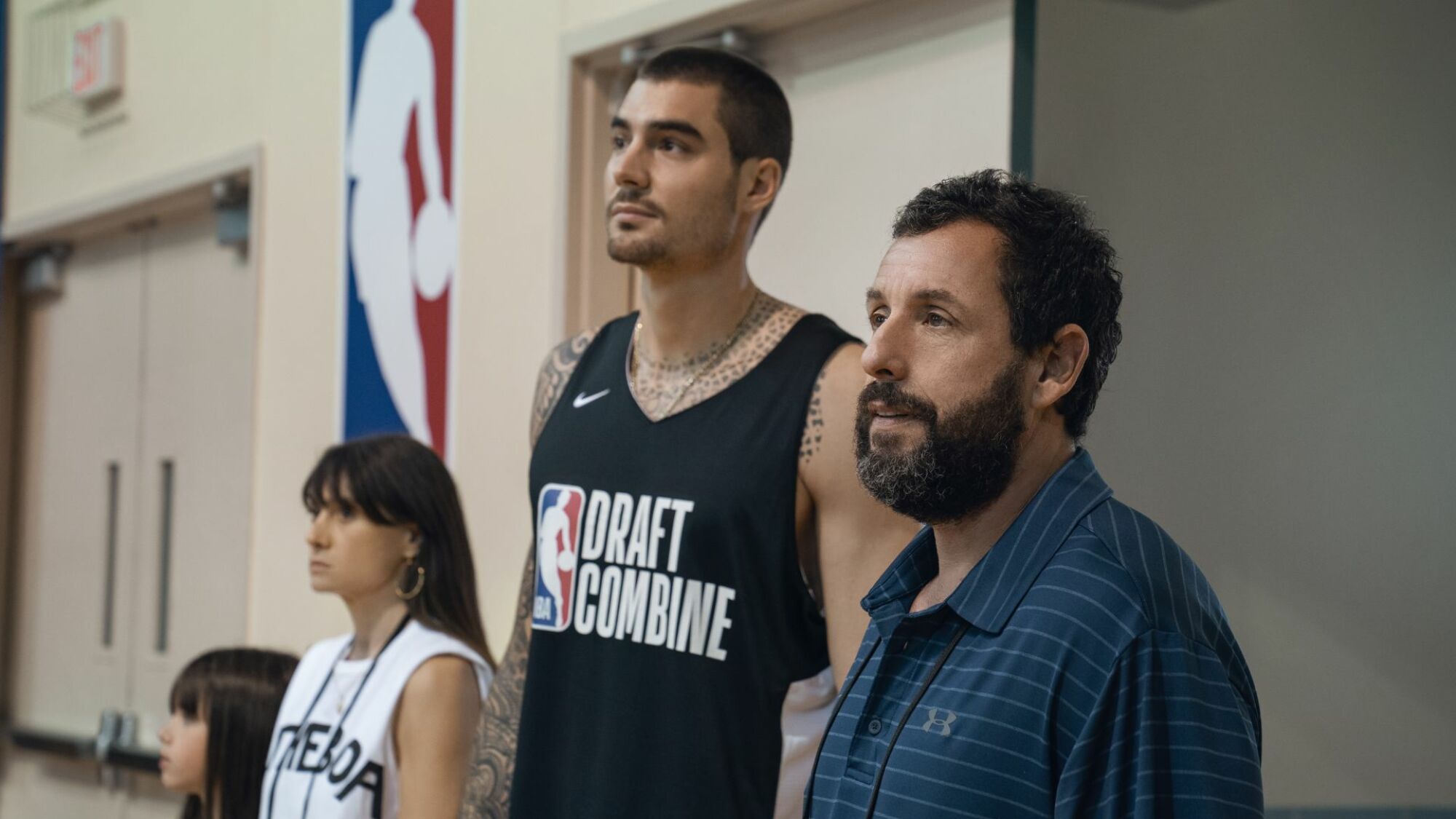 It’s Adam Sandler’s other super popular Netflix movie. Hustle sees Sandler as Stanley Sugerman, an NBA scout for the Philadelphia 76ers. Being a basketball scout means Stanley is away from his wife, Teresa (Queen Latifah), and daughter, Alex (Jordan Hull), a lot, but when his boss (Robert Duvall) promotes him, things are looking up. This falls apart when the boss’ son, Vince (Ben Foster) takes charge, and Stanley is left in the dust. So, he travels to Spain and discovers Bo Cruz (Juancho Hernangómez), an extremely skilled player whose past makes it complicated for Stanley to recruit him for the Sixers or get him into the NBA Draft. Expect a lot or gameplay. — Shannon Connellan, UK Editor 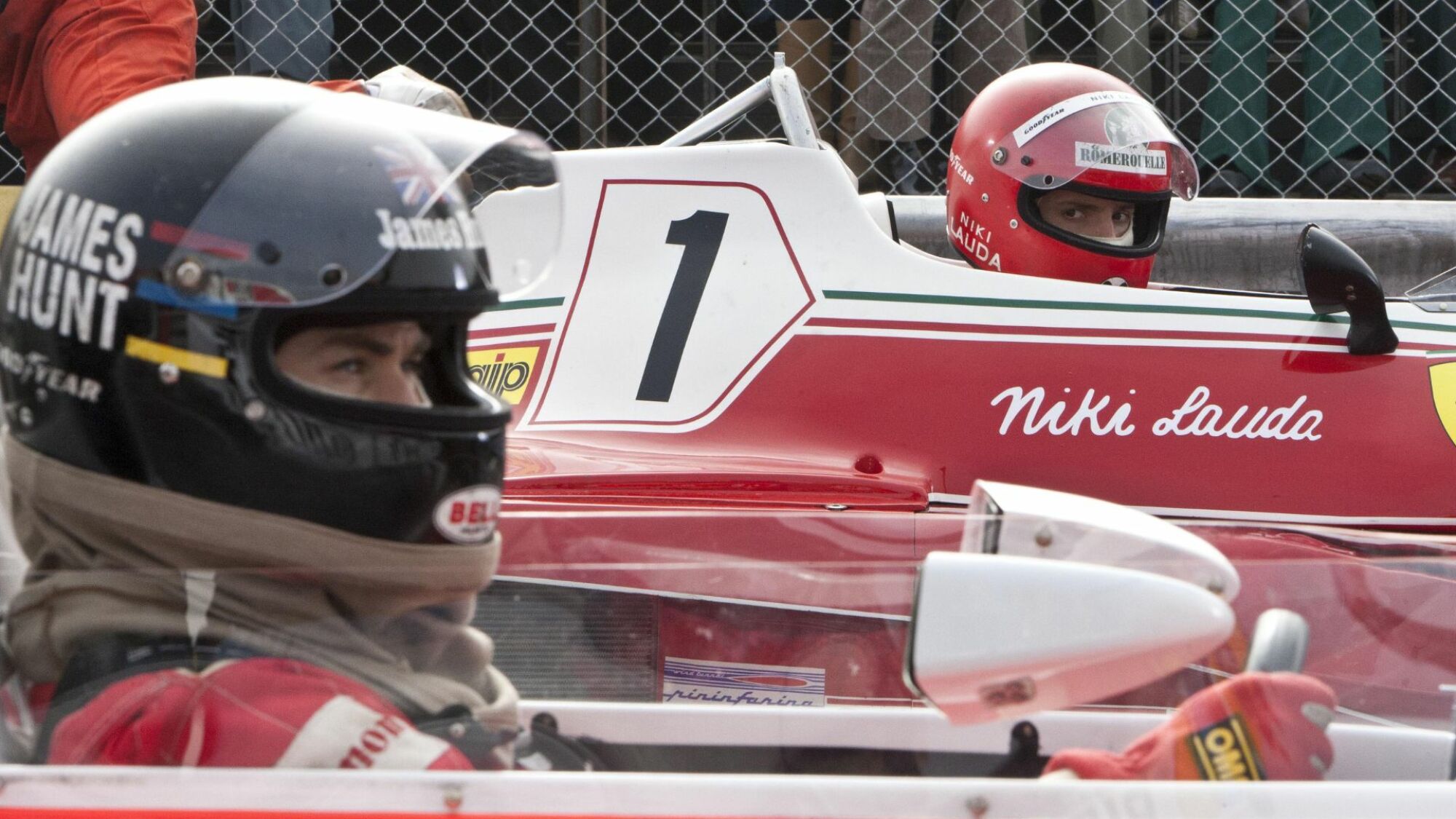 Ron Howard’s telling of the rivalry between legendary Formula 1 drivers Niki Lauda and James Hunt reunites two actors you might recognize from a certain cinematic universe, but don’t hit play just to watch Thor and Baron Zemo in different outfits — do it to revel in the exhilaration of an often misunderstood sport. (And yes, it’s a sport.)

Chris Hemsworth (who is playing the British Hunt but still looks hilariously, irrepressibly Australian with shoulder-length blonde locks) and Daniel Brühl (compelling as the brilliant and fastidious Lauda) anchor the film with a years-long rivalry that the script (by Peter Morgan, who wrote The Queen and Frost/Nixon) over-inflates around the frame of their real-life friendship and mutual respect. But the biggest thrill is the obvious pleasure the film takes in the throbbing sounds and pure spectacle of driving very fast — whether around the track, or throughout the sun-drenched Italian countryside. Add in a soundtrack that gives you both a heart-pounding Hans Zimmer score and ’70s rock hits from Thin Lizzy and David Bowie, and you’ll want to pump the volume to hear every roar and rev. 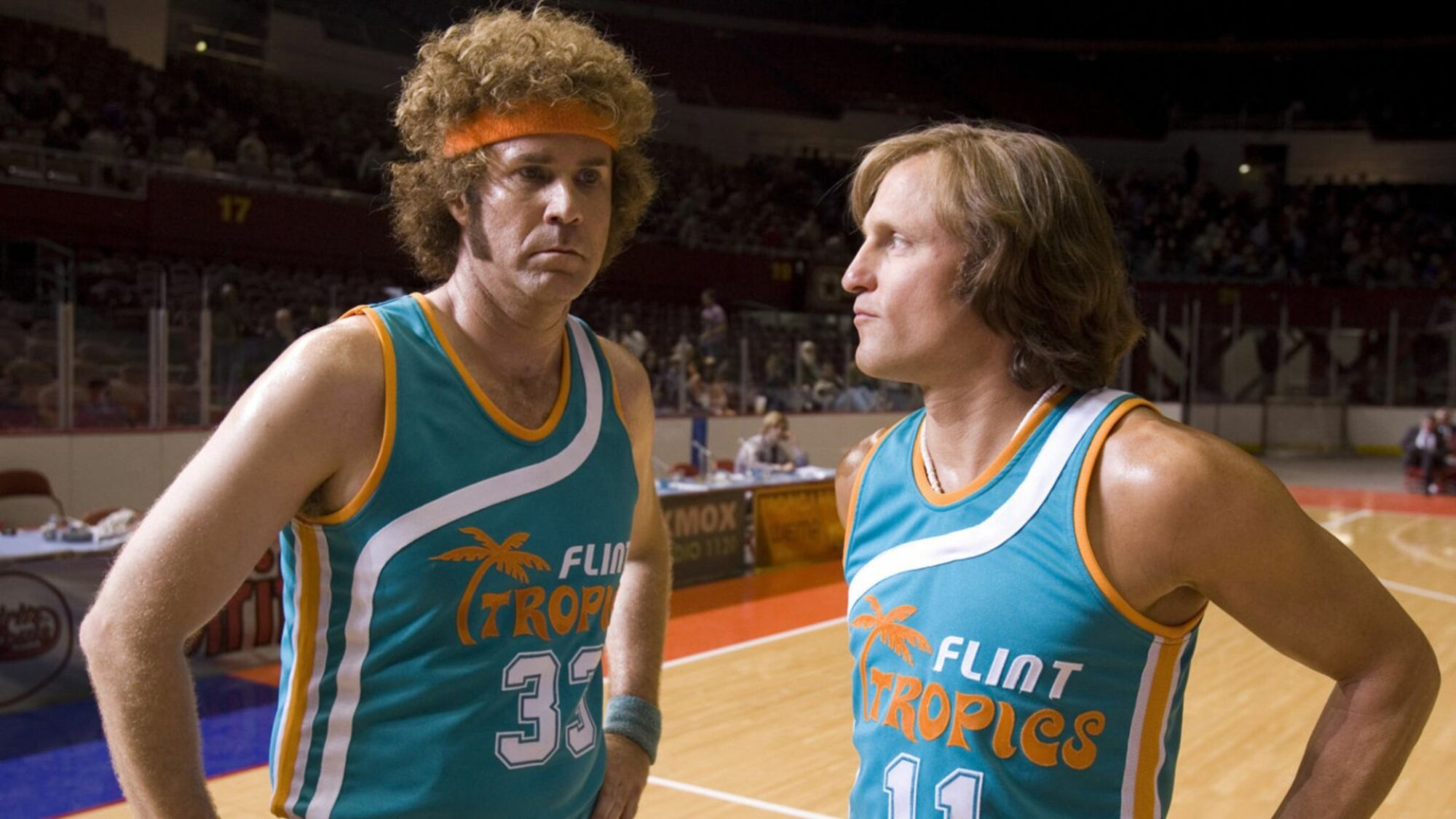 Is it the best Will Ferrell movie? no. (That would be Stranger Than Fiction.) Is it the funniest Will Ferrell movie? Also no. (We’re not going to fight that one here.) Is it always fun as heck to watch Will Ferrell play a larger-than-life character in a ridiculous wig opposite an absolute smorgasbord of hey-it’s-that-guy comedians and actors (not to mention, here, Woody Harrelson and André 3000 from Outkast)? Very much yes.

The NFL is finally launching its own streaming service with live games. Here’s how it works.

Ferrell plays Jackie Moon, a washed-up disco-era one-hit wonder who owns, coaches, and plays for a semi-professional basketball team, the Flint Tropics. When their league announces it’s being absorbed into the NBA, the Tropics must put their blood, sweat, tears, and puke into going from the bottom of the table to the top four to avoid being shut down. Like Ferrell’s later Eurovision Song Contest, Semi-Pro and lovingly shoots for sappy over sharp in tribute to the underdog stories that inspired it, and it mostly succeeds. 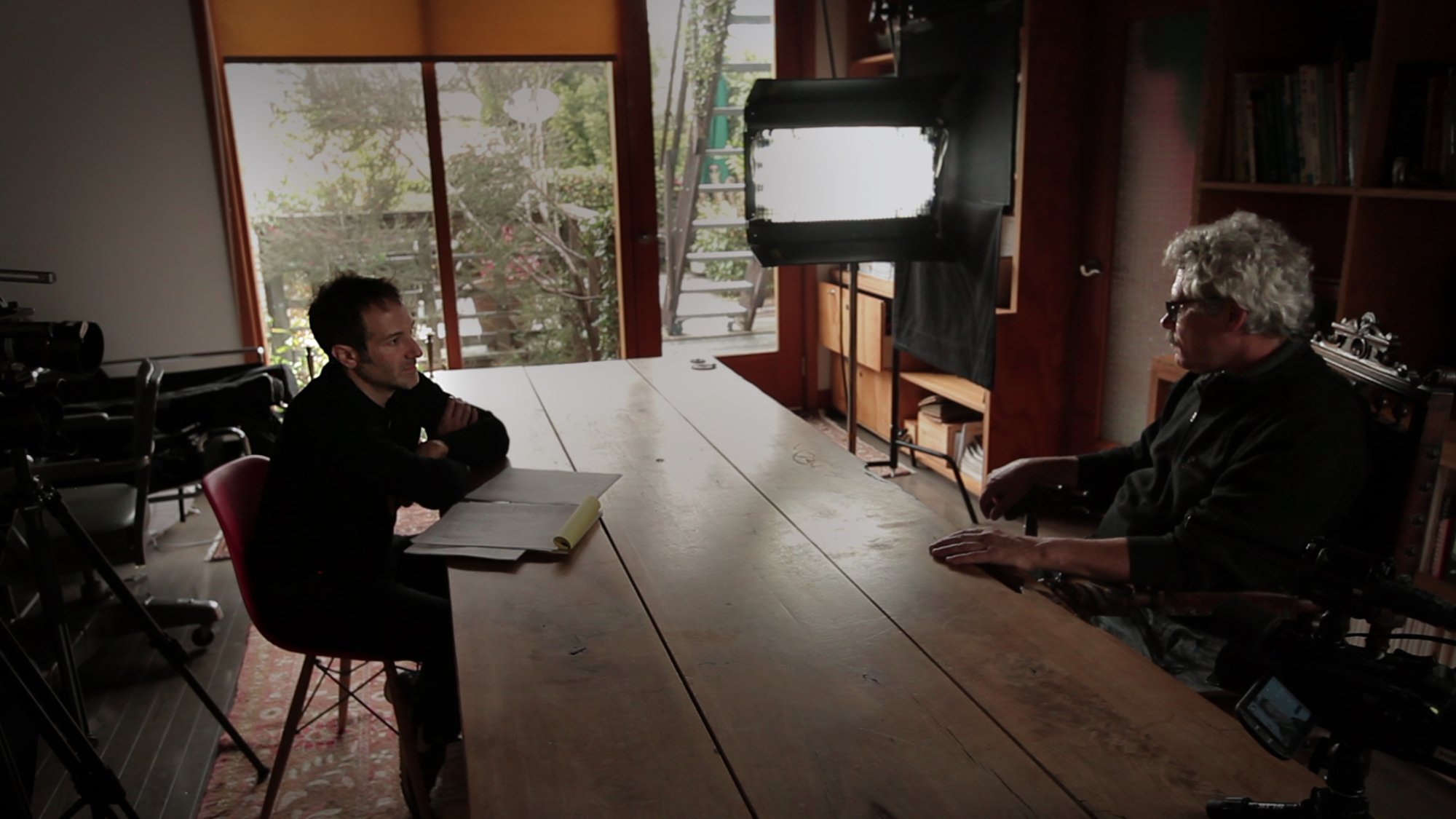 Director Bryan Fogel took a colossal risk making Icarus, one that steered the filmmaker’s life in ways he and the audience would never suspect. This Best Documentary winner sees Fogel, an amateur racing cyclist, wanting to investigate doping sports by taking performance-enhancing drugs himself — taking steps to evade detection while documenting any changes in his progress. Along the way, he meets scientist Dr. Grigory Rodchenkov, a crucial part of Russia’s “anti-doping” program, who helps Fogel on his quest. But suddenly, things take a serious turn. This isn’t even the half of Icarus, as the dangerous truth runs all the way to the top. Mashable’s Brittany Levine Beckman wrote more about the documentary’s context here.

— SC How to watch:Icarus (opens in a new tab)is now streaming on Netflix.

(opens in a new tab)

asterisksindicate the entry comes from a previous Mashable list.