Romantic-comedies have always been a popular and successful genre in cinema, with many dedicated fans. Mostly due to the movies in the genre being easy watches and giving audiences an escape from real world love, while still maintaining a sense of realism. The 2010s delivered a plethora of heartfelt and hilarious romantic-comedies. While remaining generally formulaic to the genre, many rom-coms from the decade broke the mold and elevated the genre in new ways. The late 2010s saw a recent resurgence in the genre, with the likes of Crazy Rich Asians, To All The Boys I’ve Loved Before and Always Be My Maybe. The rom-coms of the 2010s are incredibly important and iconic to the genre, so with that here are some of the best rom-coms of the 2010s.

Love, Simon is very reminiscent of the classic romantic comedies from the great John Hughes. The film is most notable for being the first film by a major Hollywood studio to focus on a gay teenage romance. Being a smash hit with critics, Love, Simon has become a beloved classic rom-com. Critics praised the movie for its diverse and talented cast, comedy, big heart and revolutionary normalcy. Love, Simon was nominated for many awards, with Nick Robinson taking many of the nominations for his performance as Simon. The film was so popular, that Hulu released a spin-off series in 2020 set in the same universe; Love, Victor.

Based on the book series of the same name, To All The Boys I’ve Loved Before delivers a delightful, sweet, and heartfelt teenage romance. The film was a critical success, with the consensus of reviews praising the cast and lighthearted nature of the film for being a fun teenage romance, which exceeds in what it intended to do. While sticking to the traditional rom-com formula and feeling very cheesy, the film manages to exceed all expectations, and succeeds in feeling unique and fresh. Using all the traditional tropes in the genre and perfecting each and every element, the film set the standard even higher for what we expect in a great rom-com.

Related: Here Are 5 of The Cheesiest Romantic Movies Ever Made

While being a flop with critics, Something Borrowed gained a cult following due to the film’s realistic outlook on love, friendship, and relationships. Something Borrowed is unlike any other rom-com, showing audiences how messy love can really be, as opposed to the happy endings audiences are usually familiar with. Starring Kate Hudson, Ginnifer Goodwin, and John Krasinksi, the film follows a successful attorney who is a loyal, generous friend, and after one drink too many, she wakes up in bed with her long time crush, who happens to be engaged to her best friend. The film may not be as iconic as other movies on the list, but it certainly is influential in gifting audiences numerous life lessons about hidden-love and friendship that we should all follow.

This hilarious romantic-comedy was a hit with critics and audiences alike, with everyone praising Ali Wong and Randal Park’s performances and chemistry. Always Be My Maybe doesn’t do anything new with the genre and is very formulaic, but with the infectious chemistry, genuine performances, and laugh-out loud wit, the film manages to stand out in a very crowded genre. Perhaps the standout moment of the movie, is the genius and hilarious cameo from the Hollywood legend; Keanu Reeves, playing an over-the-top version of himself, which only adds to the quality of this sweet and genuine rom-com.

While this is another clichéd romantic-comedy movie, Lilly Collins and Sam Claflin’s engaging performances and believable chemistry make this formulaic rom-com shine above many romantic films of the decade. The story is engaging and beautiful, telling the tale of lifelong best friends who have always had feelings for one another, but never had the chance to truly connect. Love Rosie Is a must watch. While not being a game changer for the genre, the film delivers what it intended to do in a genuinely charming way.

Crazy Rich Asianswas the first major Hollywood movie where the majority of the cast is of Chinese descent, since Joy Luck Club in 1999. This movie opened a doorway for more Asian representation in Hollywood, paving the way for beloved movies like Shang-Chi and The Legend of The Ten Rings and Everything Everywhere All at Once. Crazy Rich Asians released to huge success, with many praising the all star cast, the costume design, and style, and for being incredibly influential for taking a huge step forward for representation in Hollywood. The film feels instantly timeless, with it taking much inspiration from the classic rom-com formula. Crazy Rich Asians is regarded as one of the best in the genre.

Based on the true romantic story of comedian Kumail Nanjiani and wife Emily V. Gordon, The Big Sick tells a sweet, heartwarming, and emotionally romantic story which will make you laugh, cry, and fill your heart with warmth. The film was a critical success, with the majority praising the performances from the whole cast and the film’s hilarious and heartbreaking story. The script was expertly written by lead star Kumail Nanjiani alongside wife Emily V. Gordon, giving the film a sense of realism and much-appreciated emotion and comedy. The film’s cross-culture themes and lovable leads prove that the traditional rom-com formula still has many fresh angles left to explore. The Big Sick was nominated for numerous awards back in 2018, taking home the “Best Comedy Film” award at the Critics’ Choice Movie Awards.

As perhaps the funniest movie on this list, this laugh-out-loud comedy doesn’t draw away from its emotion and heart, still telling a story grounded in reality, while still giving audiences hope about true love. The film’s comedy and heart are elevated by its star-studded cast. Starring the likes of Steve Carrell, Julianne Moore, Emma Stone, Ryan Gosling and Kevin Bacon, Crazy, Stupid, Love won the award for “Outstanding Achievement in Casting For a Big Budget Motion Picture” at the Casting Society America awards. Perhaps the most memorable aspect about this light-hearted hilarious rom-com is the iconic twist at the end of the film. The twist is equally hilarious and shocking, and it’s a moment you won’t see coming, but will make total sense by the time you finish this film. 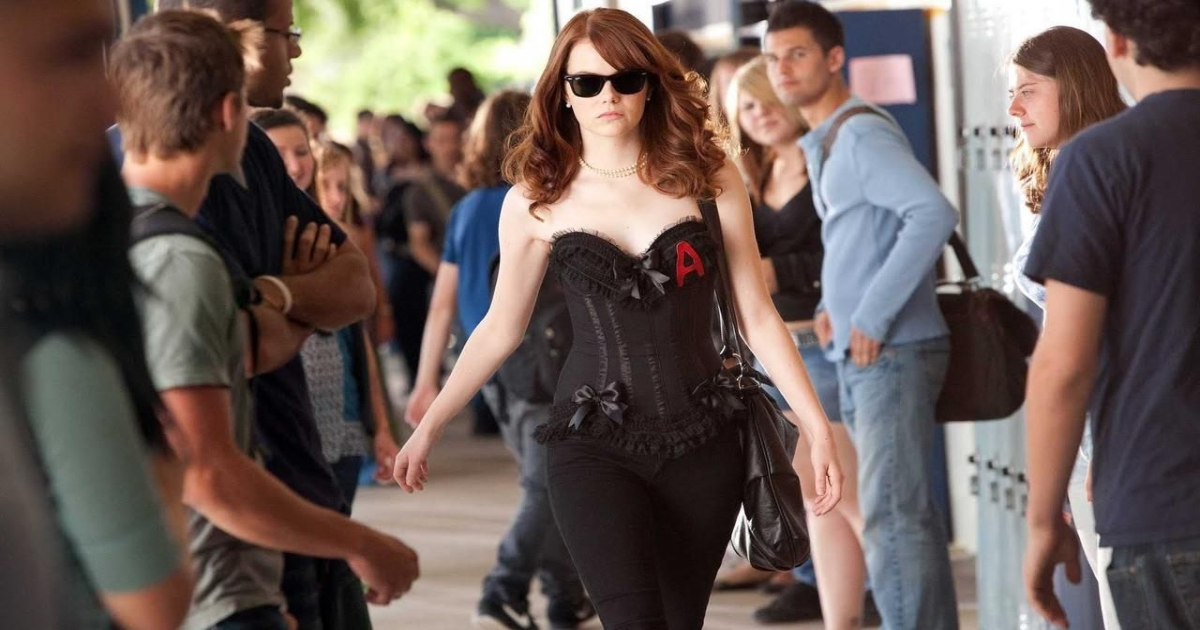 As an homage to classic ’80s movies such as Say Anything and Ferris Bueller’s Day Off, Easy A delivers a funny, engaging comedy that redefines classic tropes of the genre. The film draws much inspiration from director John Hughes and his classic ’80s flicks, with Emma Stone even saying in the film “no, John Hughes did not direct my life”. Emma Stone delivers a hilarious, confident, witty, and charming performance in the lead role, with the actress being nominated for numerous awards, and taking home the award for “Best Comedic Performance” at the MTV Movie Awards. Her role in the film was a milestone for the actress’ career, being a breakout role for the star and giving her the acclaim she deserved.

Instead of following a traditional rom-com formula, Easy A instead fits in-between the teen romantic-comedy genre and the sex comedy genre. The romance aspects are still prevalent, but instead, get sidelined for a story and satire about teens’ obsession with virginity. Easy A is a thought-provoking comedy with genius writing and hilarious satire, providing audiences with a new, but relevant outlook on teen romance. The film was also nominated for many awards, winning “Best Comedy Film” at the Critics Choice Awards.