How do you watch all the Superman movies in order? On paper, that seems like an easy question to answer, but when you get into it, it becomes as difficult as the Terminator movie timeline to explain. You see, there have been a lot of DC movies featuring the Man of Steel, and the continuity has got a bit snarled as a result.

But let’s start with the basics. Who is Superman? Born Kal-El, to Jor-El and Lara, on the doomed planet Krypton, Superman was launched into space as a baby to save him from the cataclysm about to destroy his world. His ship crashed in Kansas, where he was adopted by the Kents, who named him Clark and taught him the values ​​of truth, liberty, and freedom for all.

As he grew, Clark discovered he had incredible powers – including superstrength, invulnerability, and flight. Taking on the name Superman, Clark set out to his abilities for the good of humanity. All caught up? Right, let’s get into how you all the Superman movies in order. (Editor: For the record, we’re not including the films from the ’40s as they were released as serials or pilots for TV series, not feature films.)

How do I watch the Superman movies in order? 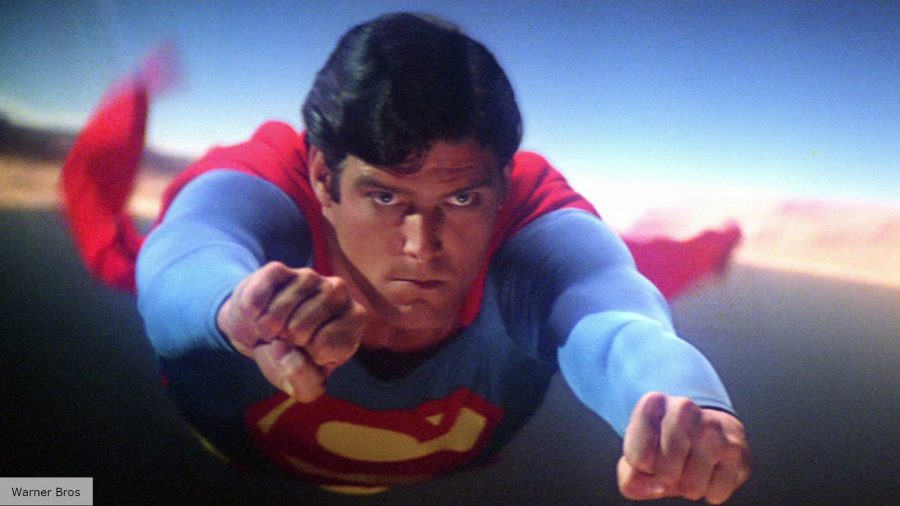 The first Superman film had the unenviable task of explaining Clark’s origin and introducing us to the Man of Steel’s extensive expanded cast. Director Richard Donner handled this mammoth task with astounding ease, and he made one of the best superhero movies of all time.

The movie’s secret weapon is its cast. A lot of ink has been spilled explaining just how good Christopher Reeve’s interpretation of Superman is, but the whole cast is incredible. Particular praise has to go to Margot Kidder, whose acerbic take on Lois Lane helped to define the character in the comics and Gene Hackman’s campy but deliciously ruthless Lex Luthor. 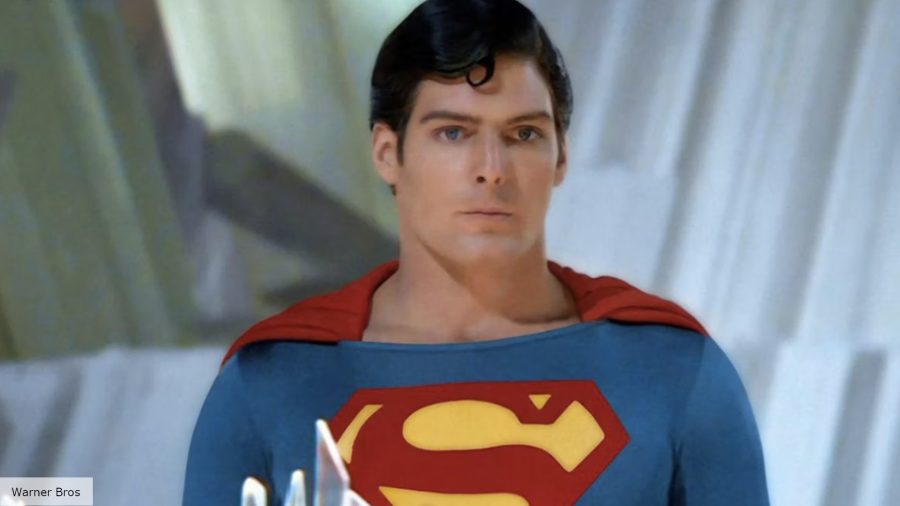 A direct sequel to Superman (1978), this 80s movie sees Clark abandon his powers to be with Lois Lane just as the warlike Kryptonian General Zod (Terence Stamp) invades the planet.

Superman II had the potential to be even better than Superman, but Donner was fired halfway through filming, and the tone’s a bit uneven as a result. Still, it’s a fun romp and Stamp’s Zod is easily one of the greatest superhero movie villains of all time. If you can, watch the Donner cut of the movie, which was released in 2006. 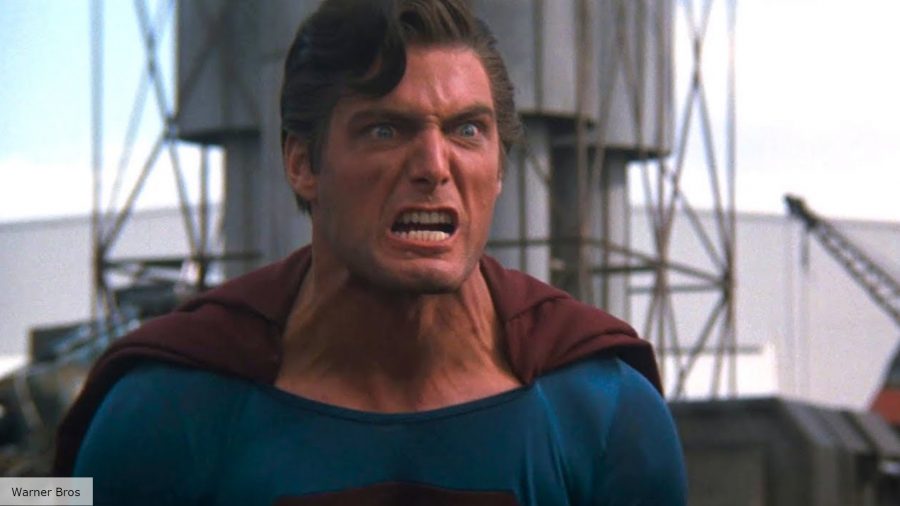 This is when the wheels came off the Reeve’s Superman movies. Richard Donner had been fired, Hackman left, and Kidder’s Lois Lane had dramatically cut her screentime. Making matters even worse was the decision to pivot from Donner’s more serious Superman movies to a more comedic tone, with Richard Pryor being brought on as comic relief.

Unfunny, confusing, and downright dull, Superman III was a critical disaster and is only saved from being the worst Superman movie ever made by its sequel. Still, at least Reeve was good in it and it gave us a Superman versus Clark Kent fight, which has to count for something. 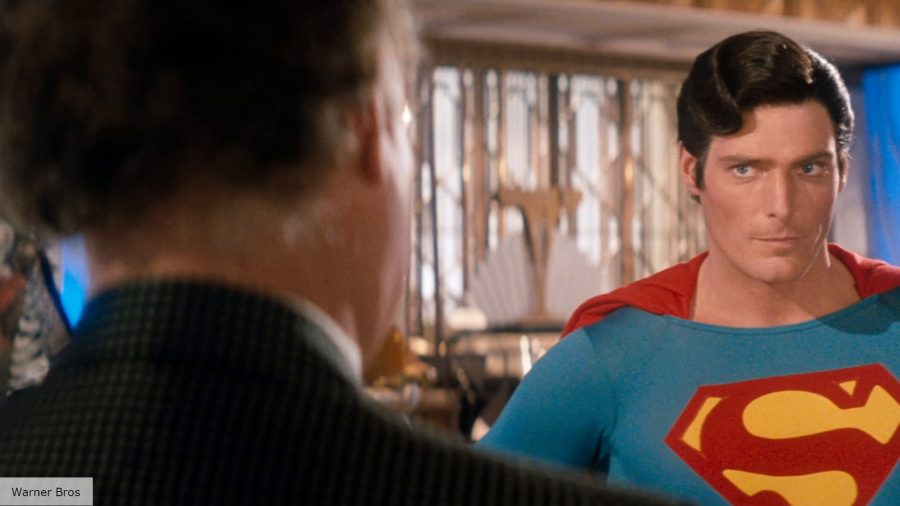 Gene Hackman’s return isn’t enough to save The Quest for Peace from going down as one of the worst superhero movies of all time. Honestly, only watch this if you’re a completionist. It’s overly preachy, full of plot holes, and looks like it was made for pennies. 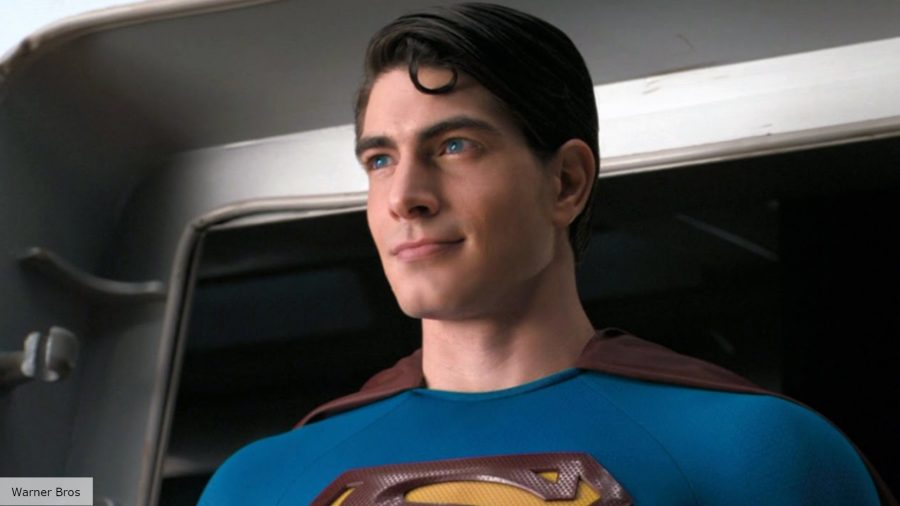 It took about two decades, but Superman finally returned in 2006 with Brandon Routh wearing the cape. While it’s technically a reboot, Superman Returns is kind of semi-canon to the first two Richard Donner Superman movies but outright ignores the third and fourth film.

The movie’s been maligned over the years. It’s biggest crime really is that it’s just a bit dull. I mean, Lex Luthor may be one of the best comicbook villains of all time, but even he can’t make real estate schemes interesting twice. It also made the rather strange decision to make Superman a deadbeat dad, which wasn’t the smartest movie.

Still, the 2000s movie captured the spirit of the first two Donner films, and Routh was really good as Superman. So good, in fact, he reprized the role in the Arrowverse, so you know fans had to like him. 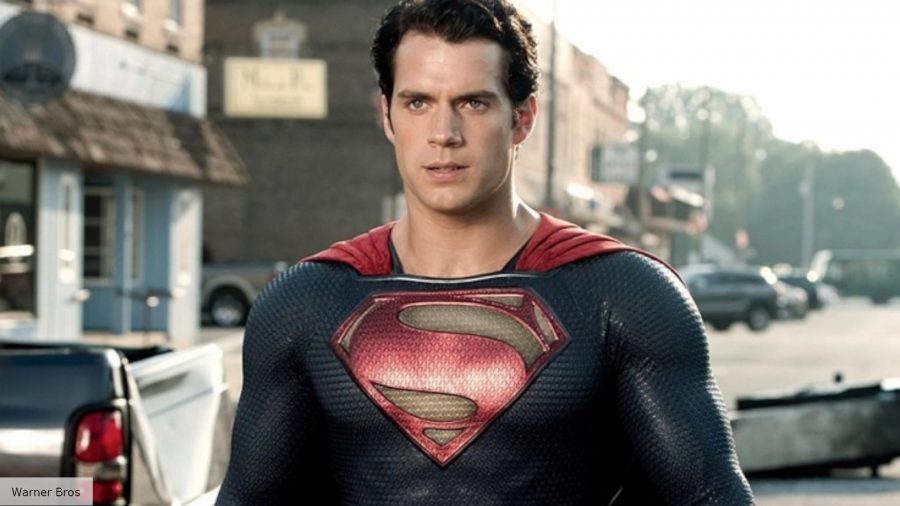 Seven years after the last Superman reboot, Warner Bros. jabbed the reset button once again. Directed by Zack Snyder, this new gritty retake on Superman retells his origin and was supposed to set up the DC Cinematic Universe. Things didn’t exactly go to plan, but it’s widely agreed this is probably the best Snyder DC movie.

While it’s a bit dour for this writer’s tastes, the film is at least brave enough to step away from the accepted origin of Superman, and Henry Cavill was a superb choice to play Clark. 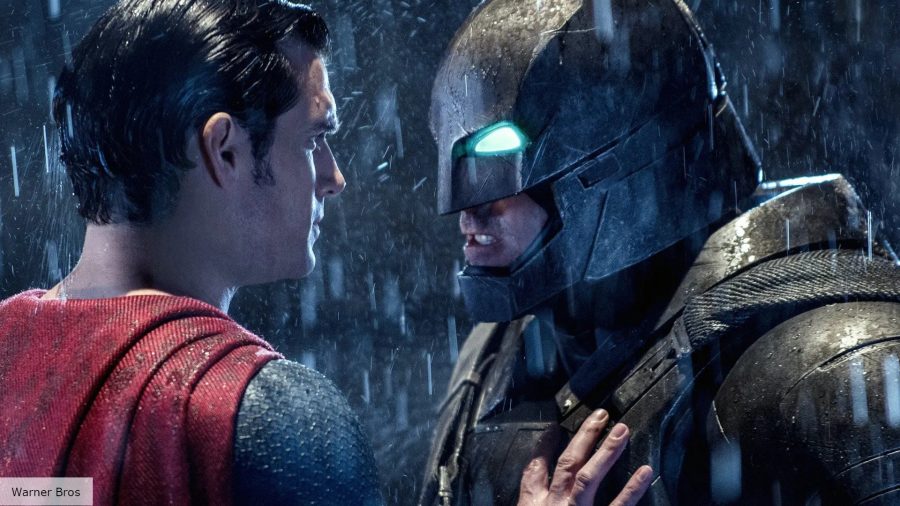 Two movies in, and the DCEU had already started to collapse. Overly long, pretentious, and just boring, Batman v Superman’s biggest problem is that it fails to tell a coherent story.

Still, it’s an important chapter in the life of Cavill’s Superman, and it introduces Batman, and who doesn’t love Batman? If you’re a completionist, there’s an extended cut that’s better than the theatrical release, but it does add to an already bloated run time. 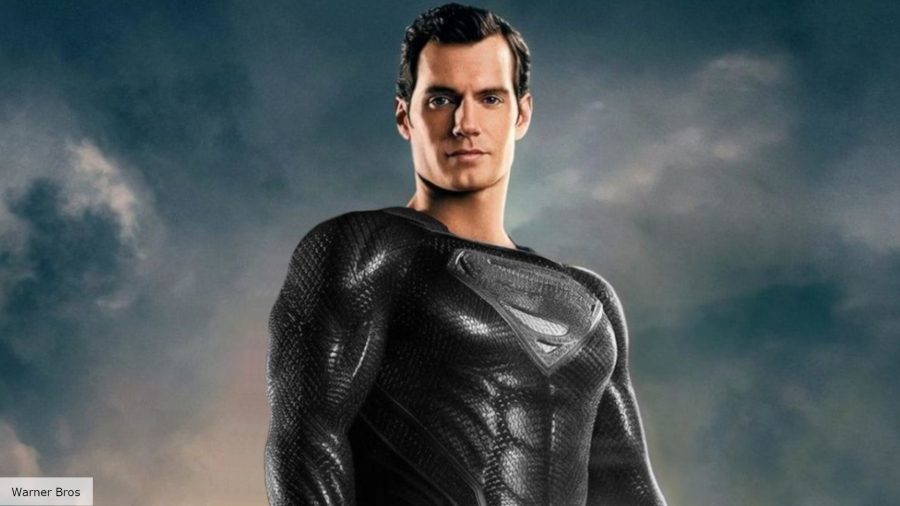 There are two Justice League movies. The 2017 version was released theatrically, and the 2021 version (edited by Zack Snyder) got a home ents release. Don’t watch the 2017 theatrical cut. It’s rubbish, and the Snyder cut improves on it in almost every way.

Technically this is the last time we saw Henry Cavill in the Superman suit (although the character has returned), and it brings the character’s arc to a sort of satisfying end. 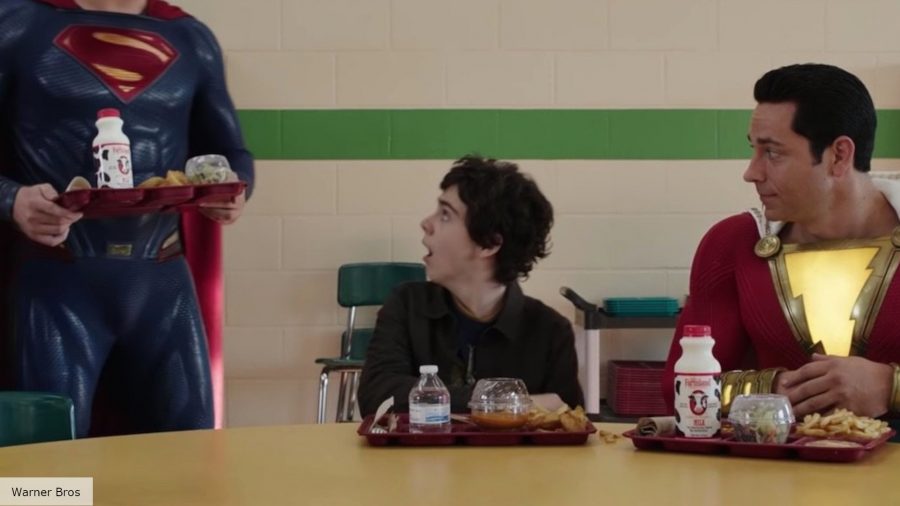 OK, this one’s a bit of a cheat, but the DCEU Superman (not Henry Cavill) does make a cameo appearance from the neck down at the end of Shazam! The Man of Steel makes a trip to Billy Batson’s school to eat lunch with Captain Marvel and his foster brother Freddy Freeman.

There are multiple ways you can enjoy the Superman movies without having to sit through nine different films and three different Superman actors. You can easily break the continuity down into three different distinct timelines. 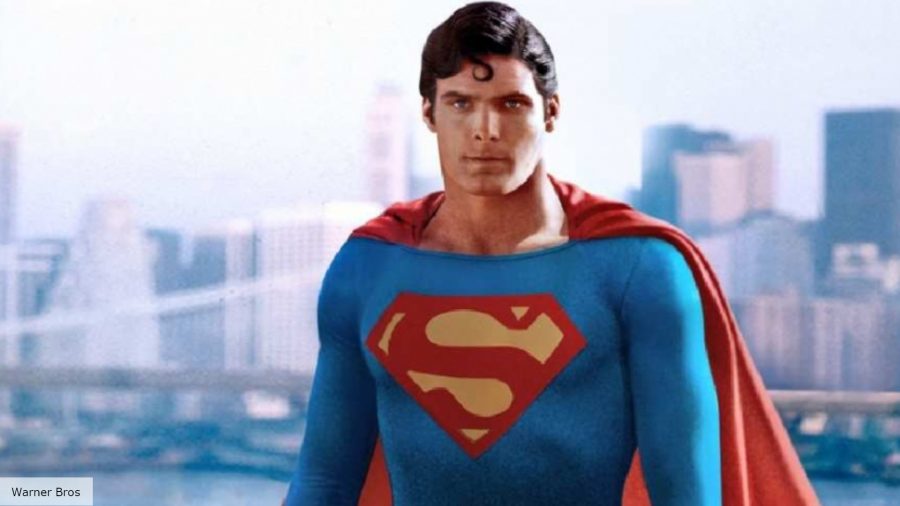 The original Superman timeline is the simplest of them all. Start at the beginning and stop watching once you’ve got to the end of The Quest for Peace. If you watch the movies this way, you’ll get the full story of Christopher Reeve’s version of the Man of Steel.

How do I watch the original Superman timeline? 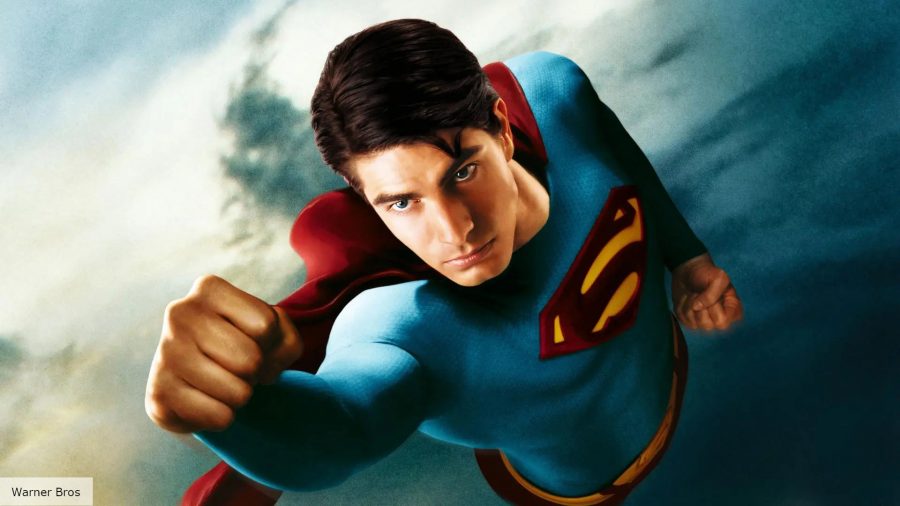 The second is the Superman Returns timeline. There are only three films in this particular continuity, but two Supermen. While it’s never explicitly said, this version of Superman uses the broad strokes of Richard Donner’s first two movies but completely ignores III and IV (for obvious reasons) before telling its own story. This one’s probably the most cohesive continuity, but it does have Clark abandoning his kid, which feels a little odd for a Superman film.

How do I watch the Superman Returns timeline? 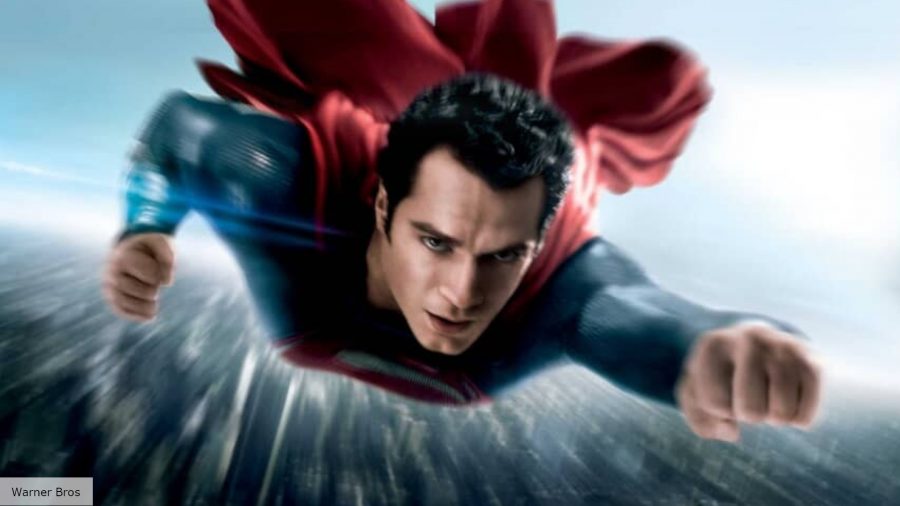 The third and final timeline is the most recent. This is a full continuity reboot, and it completely ignores the events of the previous Superman movies. Instead tries (tries being the optimum word) to build a shared universe between Superman and the rest of the expanding DCEU.

How do I watch the DCEU timeline?

If you’re a Superman fan, you probably like visitors from other world’s check out our list of the best alien movies.