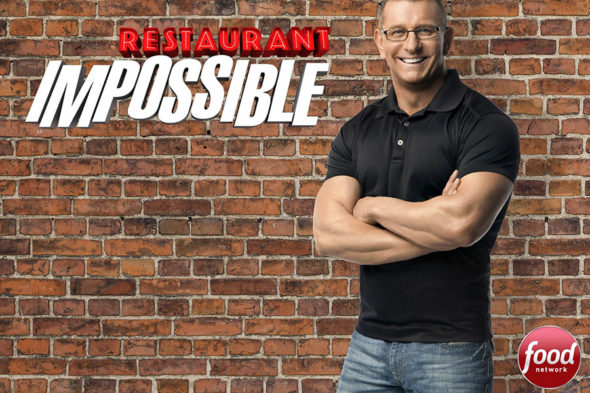 Restaurant: Impossible is returning soon for its 21st season. The Food Network series, featuring Robert Irvine, shows viewers how a restaurant can be overhauled in just two days. Irvine will overhaul menus, train the staff, and renovate the design to rescue restaurants from impending failure.

Food Network revealed more about the return of the series in a press release.

Turning around desperate restaurants from impending failure is a daunting mission, and Robert Irvine is back to take on the challenge on the return of Food Network’s Restaurant: Impossible, premiering on Thursday, December 29 at 8pm ET/PT. With only two days, Robert will overhaul the menus, train the service and kitchen staff, and renovate the design to rescue these businesses from impending failure, making the impossible – possible.

“There is so much on the line for these restaurant owners as their businesses are on the brink of collapse. It’s very hard and emotional for the owners to admit they have failed and need help, and to get them back on track they need to hear some hard truths,” Irvine said. “The transformations go beyond the restaurant, they transform their relationships with their staff, their families, and themselves.”

On the premiere, Robert travels to Ash Fork, Arizona to help exhausted and overworked Ranch House owner keep her business afloat. With a mountain of debt and overwhelming guilt over sacrificing time with her children, the owner needs Robert to help save her restaurant and family. He has two days to makeover the owner’s attitude and business, or the restaurant will have to close its doors for good.

Another episode features family restaurant Amigo Café in Kayenta, Arizona, where the owner has lost all their savings and the stress has taken a toll on the owner’s health. Robert must help the next generation gain confidence to step up, or risk putting the business and owner’s life in danger. During the new season Robert also visits Sunnyside Café in Williamston, Michigan, a little breakfast joint with big problems, Island Kine Grind in Nampa, Idaho, a Hawaiian restaurant owned by a married couple on the edge of bankruptcy, and many more. With a dose of Robert’s tough love, ingenuity, and muscle these restaurant owners have a fighting chance at turning their businesses and their lives around.

Visit FoodNetwork.com to learn more about Robert Irvine and the restaurants that he transforms.

Follow #RestaurantImpossible to go behind the scenes of the action with Robert.

Restaurant Impossible is produced by Lando Entertainment for Food Network.”

What do you think? Are you a fan of Restaurant: Impossible? Do you plan to watch the new season?