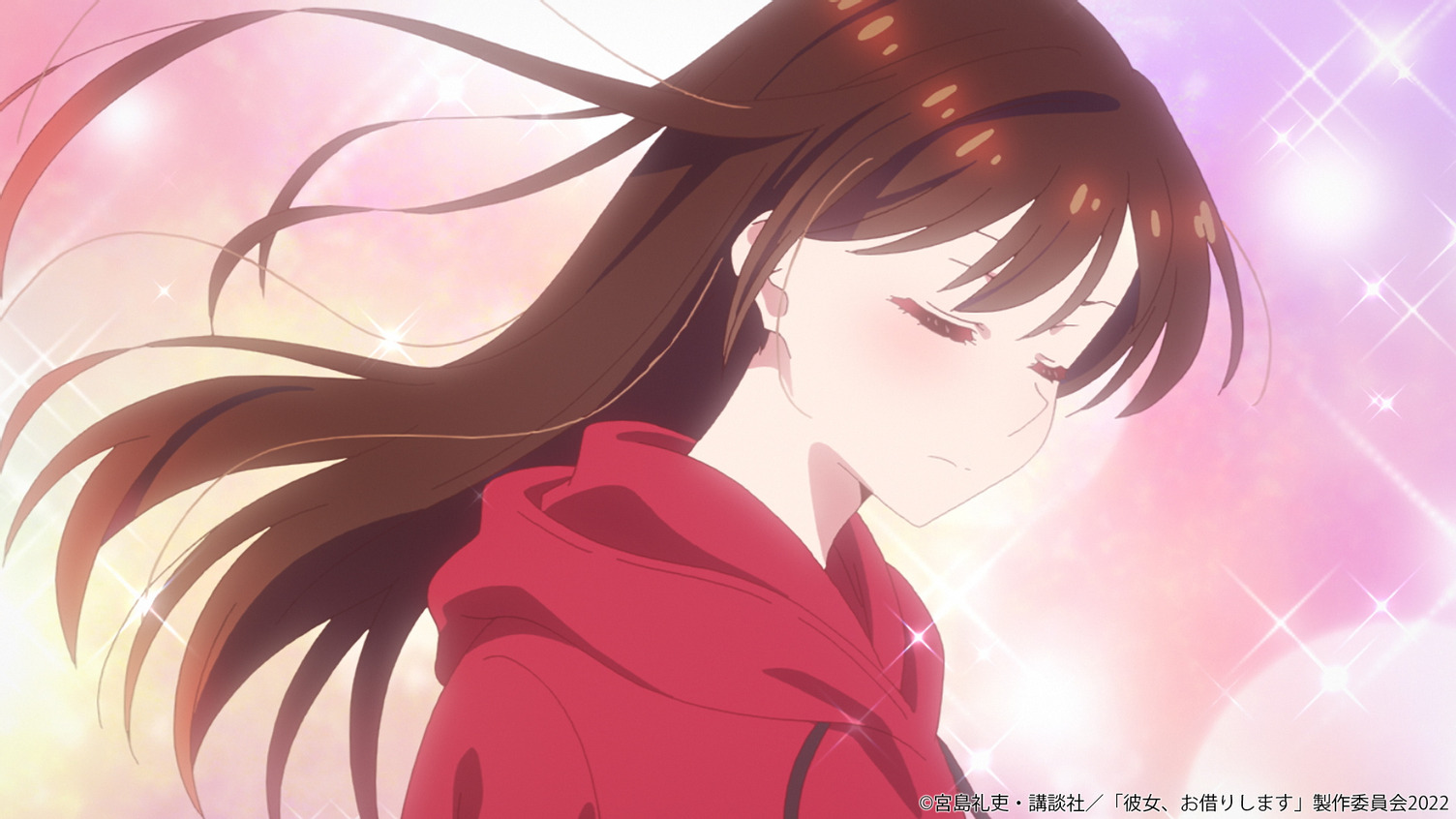 After being teased last week, the details of the next Rent-a-Girlfriend exhibition have been confirmed today with the release of a visual drawn by both manga creator Reiji Miyajima and anime character designer Kanna Hirayama that shows each character mirrored in their designs, along with the announcement that the exhibition will also be headed to Osaka sometime after finishing in Tokyo. 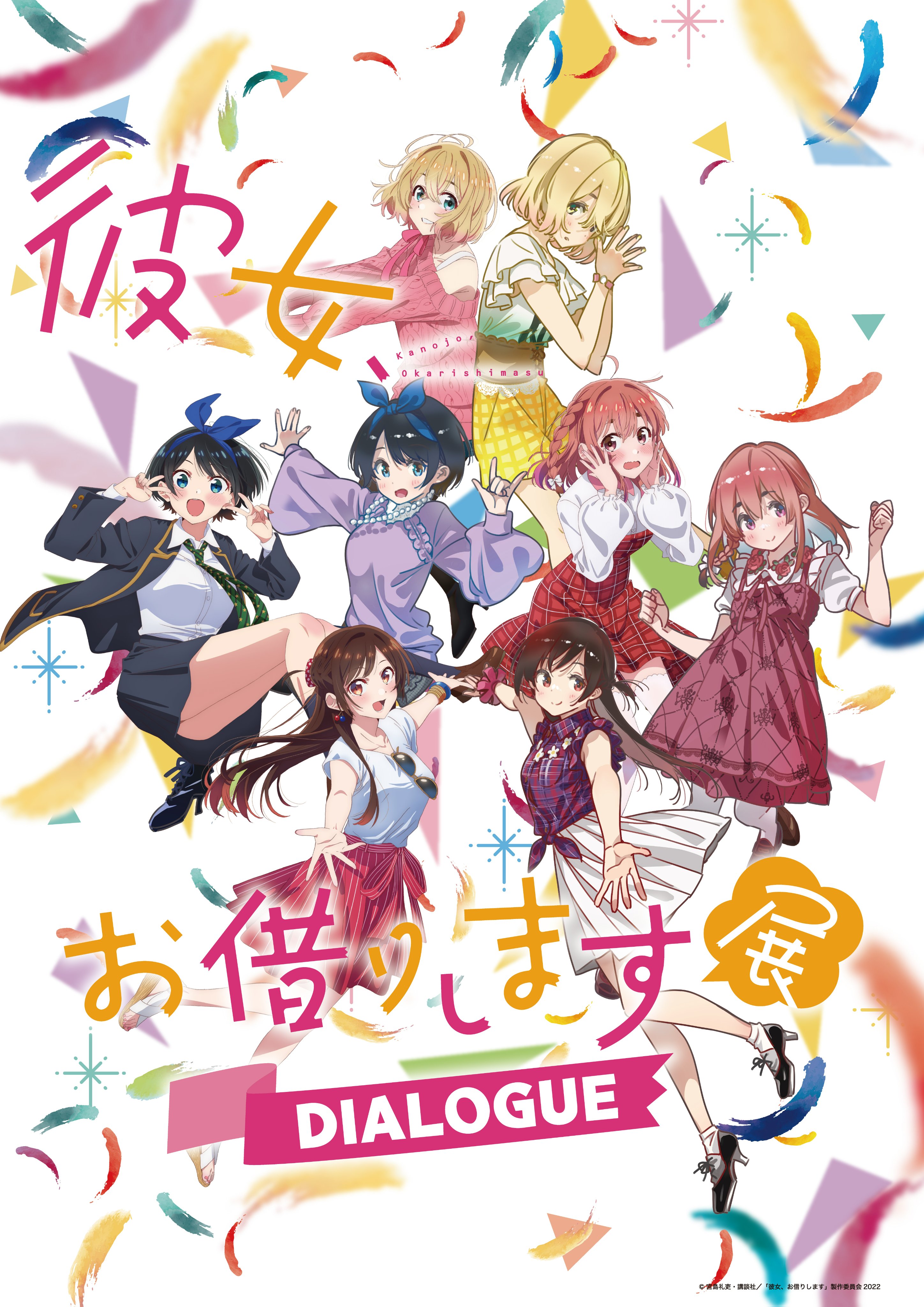 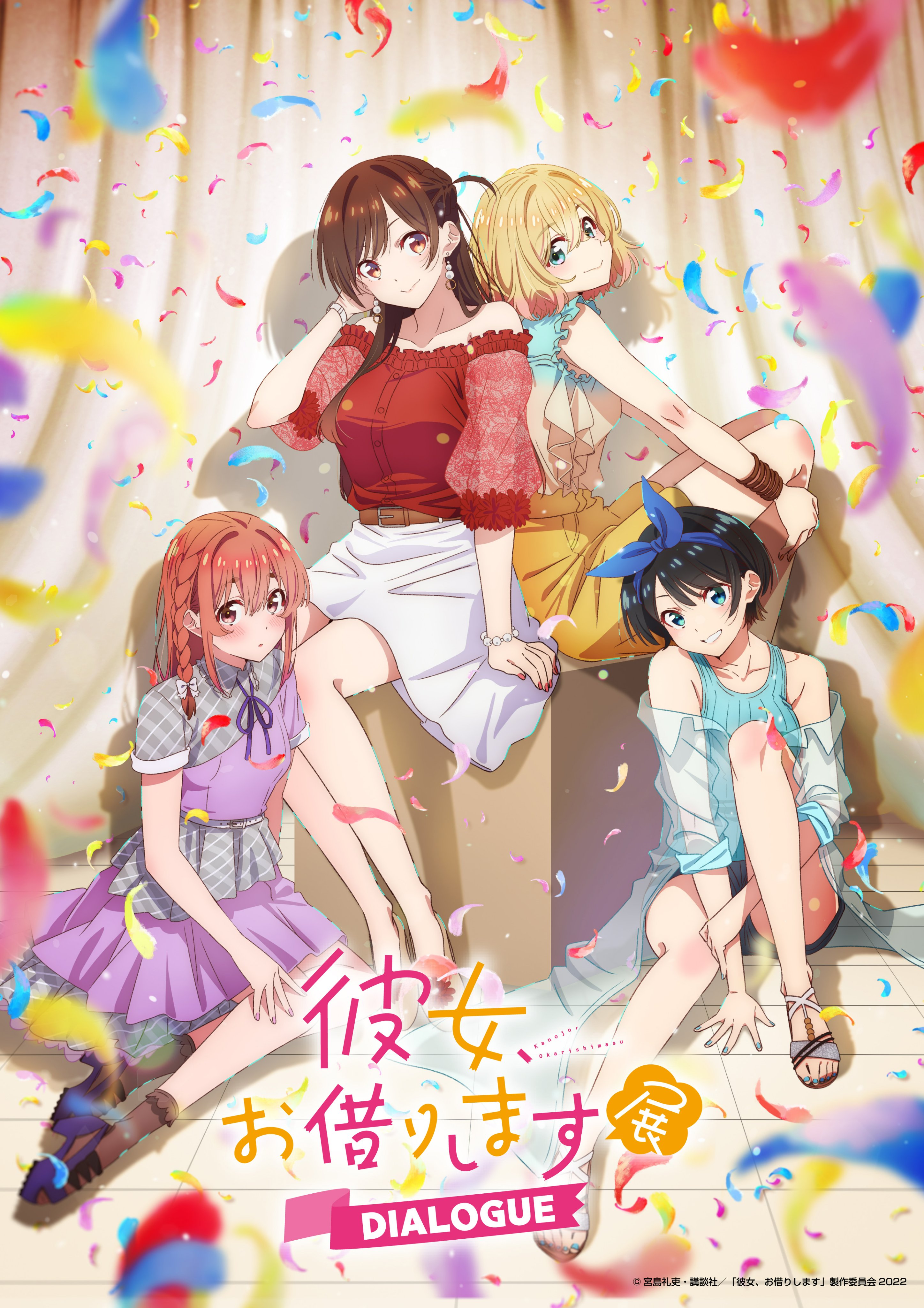 Expanding on the previous Rent-a-Girlfriend exhibition that was mainly just focused on the manga’s art, the Rent-a-Girlfriend Exhibition Dialogue will take fans through both the manga and the anime materials. The first leg will be held at the Shinjuku Marui Annex 6F event space from October 7 to October 22 before heading to Osaka shortly after. Advance tickets for the first few days of the Tokyo event have gone up for lottery from today.

RELATED: EVENT REPORT: Going on a Date With Chizuru to the Rent-a-Girlfriend Exhibition in Tokyo

Rent-a-Girlfriend season 2 began on July 1, with the series being streamed right here on Crunchyroll soon after it airs in Japan. Crunchyroll describes the series as such:

A hopeless college student, Kinoshita Kazuya, meets a graceful rental girlfriend, Mizuhara Chizuru, and ends up introducing her as his girlfriend to his family and friends. Time goes on with Kazuya unable to tell the truth, as he’s surrounded by devilish ex-girlfriend Nanami Mami, who keeps coming back to tempt him for some reason, hyper-aggressive provisional girlfriend Sarashina Ruka, who doesn’t know how to take no for an answer, and super shy but diligent and hardworking younger rental girlfriend, Sakurasawa Sumi… beautiful girlfriends of all types! The pub, the beach, hot springs, Christmas, and New Year’s… Having gone through these challenging events, Kazuya’s feelings for Chizuru keep growing stronger. But she reveals a shocking truth that threatens to shake their “relationship” to the very core!