Warner Bros. Discovery has quietly reversed course on a practice that was standard for the first half of 2022, with new release Warner Bros. movies no longer guaranteed to stream on HBO Max 45 days after they first hit theatres, a spokesperson confirmed to TheWrap.

In yet another sign that Warner Bros. Discovery CEO David Zaslav is reversing former WarnerMedia CEO Jason Kilar’s push towards streaming, the studio remains committed to the 45-day theatrical window but may extend the time between when a film is first released in theaters and when it’s streaming on HBO Max.

The timing of when Warner Bros. films will be streaming on HBO Max will be decided on a case-by-case basis, an individual with knowledge of the plan told TheWrap, bringing it more in line with how Universal Pictures and Focus Features’ new releases arrive on NBCUniversal’s streaming service Peacock . “The Northman,” for example, was a box office disappointment and was made available to stream on Peacock a little over a month after it hit theaters, while “Jurassic World Dominion” — a box office success — is still only available in theaters or on premium video on demand (PVOD) two months after release. 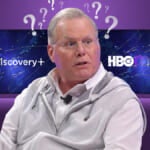 “If we can monetize better by having another window before it goes to HBO Max, we may do that,” a spokesperson confirmed as Baz Luhrmann’s musical biopic “Elvis” is set to debut on PVOD on Aug. 9, but is not yet streaming on HBO Max. For some Warner Bros. new releases, the new normal appears to be a theatrical window followed by a PVOD window, then a release on HBO Max.

Throughout the first half of 2022, HBO Max subscribers could count on every new Warner Bros. film to be streaming exactly 45 days after it first hit theaters, as films like “The Batman” and “Fantastic Beasts: The Secrets of Dumbledore” were available to stream just over a month after they were initially released in theaters.

Starting with “Elvis,” however, that streaming timetable will be much harder to predict. The Austin Butler-fronted film first opened in theaters on June 24, which would have previously put its HBO Max debut date on Aug. 8. But that date came and went with no “Elvis” to be found on the streamer, as Warner Bros. reaps the benefits of PVOD before putting the film on HBO Max.

“We’ve committed to 45-day window for theatrical, but we will experiment if there are windows along the way before it gets to a streaming service,” the spokesperson added.

Like Zaslav’s shuttering of CNN+ and potential return of HBO Max to Amazon Prime Video channels, this move is just the latest repudiation of Kilar’s streaming strategy. This one stands in contrast to the former WarnerMedia CEO’s “Project Popcorn,” which saw every 2021 new release from Warner Bros. streaming on HBO Max the same day it hit theaters. The surprise announcement ranked filmmakers and exhibitors, and then Kilar committed to giving the studio’s 2022 slate a 45-day window of theatrical exclusivity.

Project Popcorn, though derided by the creative community in the immediate aftermath of its announcement, delivered a steady stream of theatrical films with full marketing campaigns behind them (starting with blockbuster “Wonder Woman 1984”) to US HBO Max users at a time when no one could have predicted when films would consistently return to theaters. The flow of high-profile product — which included box office hits such as “Godzilla vs. Kong” and “Dune,” as well as streaming successes such as “Mortal Kombat” and “The Suicide Squad” — helped HBO Max add 12.8 million subscribers from March 2021-March 2022.

Under Zaslav, however, Warner Bros.’ theatrical exhibition has become a focal point. In the wake of killing the nearly completed “Batgirl” movie, Zaslav reiterated his commitment to theatrical over streaming during Warner Bros. Discovery’s earnings call last week.

“This idea of ​​expensive films going to streaming, we cannot find an economic case for it, so we are making a strategic shift,” Zaslav said of direct-to-streaming titles, reiterating the studio’s commitment to theatrical.

This means upcoming movies like “Don’t Worry Darling,” “Black Adam” and “Shazam! Fury of the Gods” could take much longer to debut on HBO Max, and devalues ​​the streaming service as a go-to destination for new release titles — at least on a consistent basis.

However, that kind of consistency may be seen as a hindrance to potential box office or PVOD profits, as some might argue Disney’s 45-day window followed by a Disney+ streaming release is almost too reliable. Just ask Pixar how “Lightyear” did in theaters.

Sharon Waxman contributed to this report.