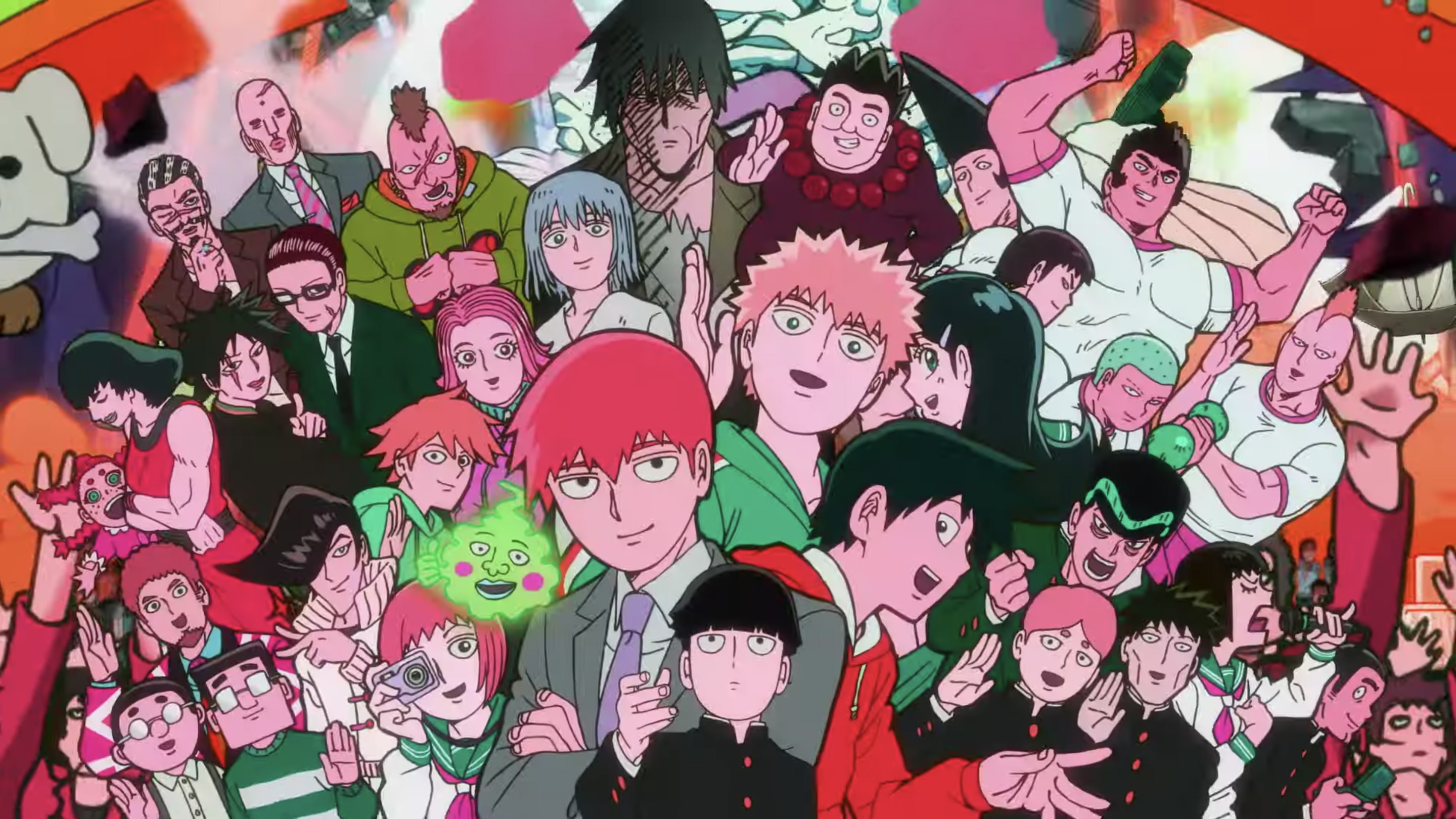 After the world premiere of the first episode of the third season of the Mob Psycho 100 TV anime yesterday at Crunchyroll Expo, the official YouTube channel released the opening theme video, set to “1” by Mob Choir, to hype fans up before the series starts. The series also confirmed that it’ll be starting its broadcast in Japan on October 5 and revealed details on its ending theme song.

Alongside the opening theme, Mob Choir will also be performing the ending theme song “Cobalt.” The single for “1” is also set to release on the same day as the first episode’s premiere on October 5.

The staff and cast from the first two seasons return for the third season of Mob Psycho 100. Season one and two director Yuzuru Tachikawa is promoted to Executive Director while Takahiro Hasuiss — who was the episode director on episode 6 of season 2 and directed episodes of Sk8 the Infinity — will be in the director’s chair for season 3.

Mob Psycho 100drawn and written by One Punch Man creator ONE, ran on Ura Sunday’s website from 2012 to 2017, with 16 volumes released in Japan. Dark Horse Comics releases the manga for English-speaking audiences. The first two seasons of the anime aired in 2016 and 2019 respectively, with both seasons and the OVA of Mob Psycho 100 available to stream here on Crunchyroll. The series is described as such:

Kageyama Shigeo, aka “Mob,” is a boy who has trouble expressing himself, but who happens to be a powerful esper. Mob is determined to live a normal life and keeps his ESP suppressed, but when his emotions surge to a level of 100%, something terrible happens to him! As he’s surrounded by false espers, evil spirits, and mysterious organizations, what will Mob think? What choices will he make? The anime based on the original story by ONE, the idol of the webcomic world and creator of One-Punch Man, is coming your way with animation by leading animation studio Bones!

Mob Psycho 100 III begins on Japanese TV on October 5 at 24:00 (effectively, 12 AM on October 6) with Crunchyroll streaming the series soon after its TV broadcast.