MANILA, Philippines — The controversial tale of the Marcoses as told in the eyes of three, real-life maids, who worked with the family, was recounted in the dramedy, Maid in Malacañang.

Director Darryl Yap was thankful to Sen. Imee Marcos for giving the license and approval to the film, which aimed to bring the “missing piece in our history.”

“It pays to be makulit because the Marcos family allowed me to push through with this project. I believe Filipinos will anticipate this film. They want to know the real score in our history,” he said.

Maid in Malacañang had a star-studded, red carpet premiere night last July 29 in three cinemas at SM The Block in Quezon City. The director, producers, cast and Sen. Imee graced the premiere. Viva Films donated half a million to the victims of the Abra earthquake. “This film has become a big part of my heart and all those who are in it,” Darryl granted. “I know it’s so hard to say yes to this project, not just to the demands of the real-life character they are portraying.

“I am so thankful to this humble project that we can share with our kababayans. The story of the First Family (that) became the face of our country for many decades.”

The last 72 hours or the final three days of the Marcos family in the historic Malacañang Palace back in 1986 make up the dramedy plot of Maid in Malacañang.

The project got the green light from no less than Sen. Imee Marcos, who met with the director, as well as producers Vic and Vincent del Rosario of Viva Films. The lady senator approved the script and likewise disapproved some parts.

The lighter side of the First Family will be seen through the eyes of their three, real-life maids, who worked with the Marcoses and lived in the palace — Yaya Lucy, Yaya Biday and Yaya Santa. Yet, the three also had their share of serious and dramatic moments.

The three maids in the film are portrayed by Beverly Salviejo as Yaya Biday, Elizabeth Oropesa as Yaya Lucy and Karla Estrada as Yaya Santa. Only Yaya Biday is still around. Yaya Santa passed on in 1988, two years after the Marcoses left the Philippines.

Yaya Lucy went with the Marcoses in Hawaii and died only last March, before this year’s elections. She failed to see Bongbong assume the presidency. Interestingly, however, there is a fourth maid, who is revealed in the film. She is the real Maid in Malacañang. Actors Robin Padilla and Giselle Sanchez made special appearances playing real-life characters, too.

“May moments of laughter. Aside from the historical essence of it, this film showed relationships between a married couple, siblings but most of all, how a family bond(s) together amid the crisis they face.”

Darryl, who was born in 1987, a year after the EDSA Revolution, read about the wealth of history about the Marcos family from books and documentaries. According to him, the Marcoses are either glamorized or deglamorized in Maid in Malacañang.

The director claimed the script is “very accurate,” minus a little entertainment value and cinematic appeal. “This is a family in crisis movie,” he explained.

Maid in Malacañang is an amalgamation of all the question-and-answer portion of Darryl to Sen. imee. “We only see the choreographed, disciplined reaction of the First Family, the Marcos family. ‘Pag harap nila sa camera, laging sukat ang mga reactions nila.

“I also prioritized the parallelism of the existing history and the side of the Marcoses. Ang katotohanan nam maraming versions. Laging nagtatago sa kung ano talaga ang nangyari.”

“This is the story of the three maids of the Marcos family. I don’t think the accuracy will be in question. They were not inside Malacañang. You just have to watch the movie. Just like what Sen. Imee said, it’s not revisionism, but just adding facts and another chunk of real history to the story.”

Maid in Malacañang is now showing in theaters. 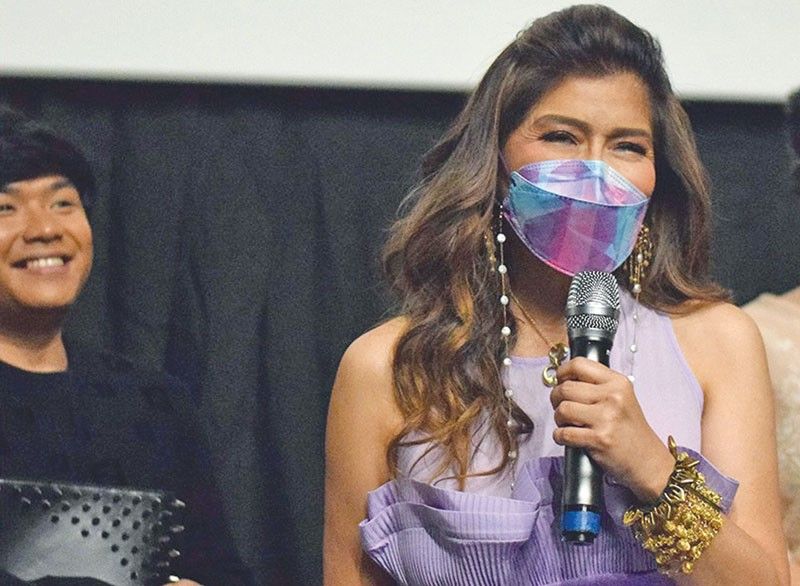