A few years ago it would have been really difficult to imagine Spanish-speaking audiences would get to see tremendous Pride month campaigns from the nation’s leading Spanish-language networks. But this year, Telemundo and Univision have created campaigns to celebrate LGBTQ people in our communities. And when polling shows almost 75% of Latin American LGBTQ people say what they see on TV helps their friends and family better understand them, it makes our little GLAAD hearts sing to hear about progress like this.

Make sure to check out GLAAD Awards honorees and winners like Bamby Salcedo and Luis Sandoval featured in the series.
Many thanks to the producers and writers at both networks who make LGBTQ inclusion part of Spanish-language airwaves, even when it’s not Pride month.

Click below to see more on the Vix Celebrando Orgullo series 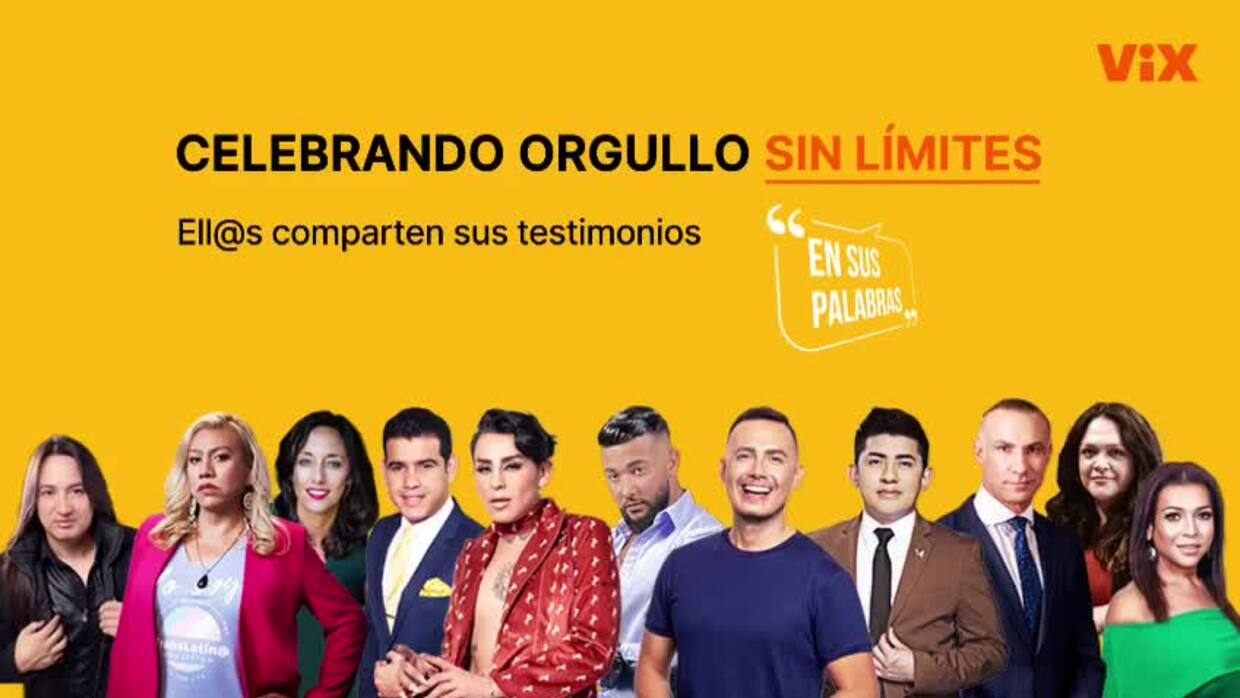 If you have not seen them yet, don’t miss “TransLatin@ Migrations: Life, Love & Triumphs” a series of 25 (yes, 25!) short documentaries on YouTube, directed by Armando Ibañez, creator of the recognized web series, Undocumented Tales. Executive producers are the TransLatin@ Coalition and Bamby Salcedo, the organization’s president.

Check out Homosensual’s breakdown of the ongoing fight for marriage equality in Mexico, including a comprehensive breakdown of where and when LGBTQ Mexicans have made major strides toward equity — as states where local governments are dragging their feet despite judicial and legislative wins nationwide. If you’re looking for something a little more heartwarming, you can also check out Homosensual’s list of shows in English and Spanish that offer affirming depictions of young LGBTQ characters.

And, for something more lighthearted, check out Famosos y famosas que sageron del clóset en 2022, a list of people who came out in 2022.

There’s a new podcast, kids, called Being Trans hosted by Mariana Marroquin, actress, respected leader, and Anti-Violence Project Manager at the Los Angeles LGBT Center. Marroquin is also one of many activists profiled on TelevisaUnivision’s new streaming platform, Vix. Mariana’s podcast was recently featured in the NYTimes and LA Magazine, among other publications, and you can give it a listen here. “Being Trans” also includes the voices of Chloe Corcoran, Sy Clarke-Chan, Jeffrey Jay and Kadence King.

– Dante Alencastre’s newest documentary AIDS Diva: The Legend of Connie Norman, screens at UCLA on June 30 at UCLA s Fowler from 6 to 9pm . An intimate portrait of the one-of-kind ACT UP activist in Los Angeles who stood up for gay and trans communities, especially those living with HIV. Gone too soon does not begin to express the sadness of losing this funny, kick ass heroine. We sure could use your help now, Connie.

– Querida Nancy had its US premiere earlier this month at the Philadelphia Latino Festival. It’s an insightful and moving documentaryby Olivia Peregrino about Mexican activist Nancy Cárdenas who “broke through the closet doors of a community that was invisible in the 70’s Mexico, leading the way in the fight for LGBT rights.” Check out the trailer below!

Check out a new documentary LA: A Queer History, produced by Mario Novoa and directed by Gregorio Davila about pre-Stonewall activism and organizing among LA’s LGBTQ community. You can watch it on KCET or attend a screening June 24. More information and tickets for the screening, sponsored by The AIDS Healthcare Foundation, available here.

– frameline (the iconic San Francisco film festival and film distributor) will screen several Latine films, some of which will be available to screen from your home. Movies and documentaries include

Primer Impacto, the daily Univision show recently told stories about LGBTQ families, including one on Venezuelan artist Karen Martello charting her journey getting married and becoming a parent. Check it out here.

Love, Victor — the critically-acclaimed show with a Latine gay lead (Michael Cimino), will premiere its third and final season on Hulu and Disney+ June 15. Check out the trailer below:

– Other shows to catch inckude With Love on Amazon Prime; Our Flag Means Death (starring non-binary Puerto Rican performer Vico Ortiz) which was recently renewed for a second season, the new Queer as Folk on Peacock and the Spanish-language series Madre Sólo Hay Dos which will be coming back for a third season after the second premiered in late 2021. We’re also very excited for Gordita Chronicles on HBO Max created by former GMA winner Claudia Forestieri (check out the trailer below!) and a documentary series on the pop group Menudo from Alex Fumero, co-creator of the Walter Mercado documentary, Mucho, Mucho Amor.

That’s all for now! GLAAD’s Spanish-Language and Latinx Media team wish you a safe and happy Pride.