“It’s okay to be angry and scared, and it’s okay to ask for help.” Roadside Attractions has revealed a trailer for an indie film called The Good House, which first premiered at the 2021 Toronto Film Festival last year. Based on Ann Leary’s novel of the same name, this dramedy is about an aging New England realtor, named Hildy Good, who begins to unravel when she hooks up with an old flame of hers from New York. Kevin Kline co-stars as her old flame, while Sigourney Weaver takes on the role of Hildy. Igniting long-buried emotions and family secrets, Hildy is propelled toward a reckoning with the one person she has been avoiding for decades: herself. The cast also includes Morena Baccarin, Rob Delaney, David Rasche, Rebecca Henderson, Molly Brownand Kathryn Erbe. This received mixed to negative reviews from TIFF, saying “the film is as messy as her character’s behavior.” This just doesn’t look like it will be any good. 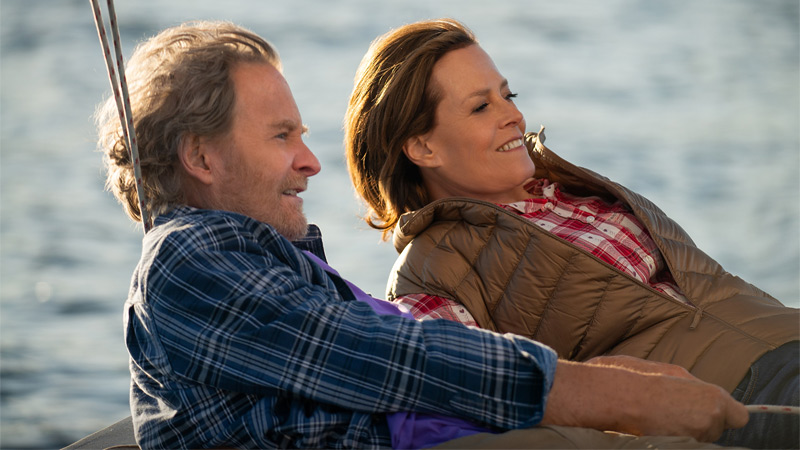 The Good House follows Hildy Good (Sigourney Weaver), a wry New England realtor and descendant of the Salem witches, who loves her wine and her secrets. Her compartmentalized life begins to unravel as she rekindles a romance with her old high-school flame, Frank Getchell (Kevin Kline), and soon becomes dangerously entwined in one person’s reckless behavior. Igniting long-buried emotions and family secrets, Hildy is propelled toward a reckoning with the one person she’s been avoiding for decades: herself. The Good House is co-directed by the filmmakers Maya Forbes (or Infinitely Polar Bear and The Polka King previously) & Wallace Wolodarsky (or cold blooded, Sorority Boysand Seeing Other People previously), making their first feature film together. The screenplay is written by Thomas Bezucha and Maya Forbes & Wallace Wolodarsky; adapted from Ann Leary’s novel of the same name. This initially premiered at the 2021 Toronto Film Festival last year, and it also played at this year’s Tribeca Film Festival. Roadside will debut The Good House in select US theaters exclusively starting on Sep 30th, 2022 this fall. Interested?