Isle of the Dead Preview Unlike other seasons of the show, Isle of the Dead will only be six episodes long. However, if the ratings are good, then we’re sure AMC will renew the series for season 2. In this first season, Maggie and Negan are in New York, approximately ten years since the apocalypse began. All order has broken, chaos rules supreme, and danger is everywhere.

So it seems that Isle of the Dead will help to put some fan complaints to rest! One of these involves the walkers, as many fans have become frustrated that the walkers are no longer a challenge to the characters in the show. clearly, Isle of the Dead seeks to change that, and it will provide a way to develop the characters as they face challenges like no other before. However, as it’s set in New York City, it’s unlikely that we’ll see any other familiar faces return from the mainline show. Most of those characters are in Southern America, not the Northern part. 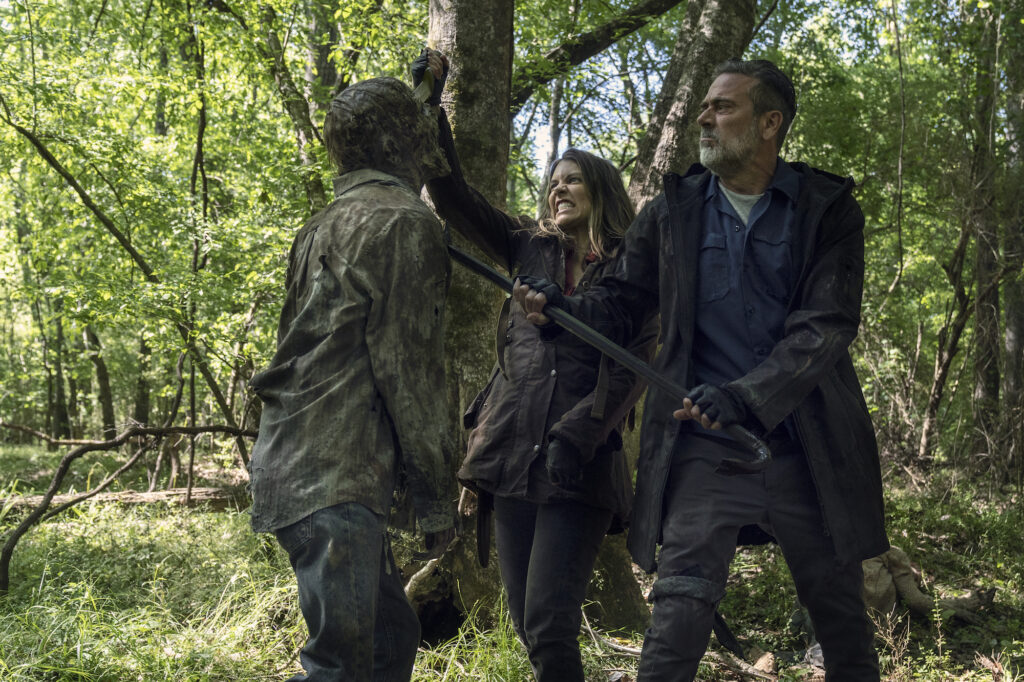 Additionally, this walker development in Isle of the Dead is something echoed by the President of Entertainment for AMC Studios. In a separate interview, Dan McDermott said:

“It’s going to take place on the island of Manhattan, which was left to the walkers 12 years ago when they overran Manhattan. The government decided to blow all the bridges and tunnels and just leave the island to the walkers. And it’s now 12 years later. There’s a million-walker herd that’s sort of dominating the streets of Manhattan… Maggie and Negan have to journey onto the island, where there’s a small civilian that lives in Manhattan … above the 10th floor of all the buildings, and they zipline back and forth above the streets.”

It seems pretty clear that the walkers will be a huge threat for this series, and we can’t wait to see Isle of the Dead! Alongside Maggie and Negan, we’ll also see new faces like Perlie Armstrong, played by Gaius Charles, and Tommaso, played by Jonathan Higginbotham. Additionally, Mahina Napoloan will star as Ginny, while Željko Ivanek plays the mysterious character called The Croat.

According to McDermott, Isle of the Dead “not only adds another compelling series to this collection, it extends our storytelling around two unforgettable characters fans have grown to love, hate or hate and then love in Maggie and Negan, brilliantly inhabited by Lauren and Jeffrey.”

There’s a lot in store for Isle of the Dead, which AMC will drop sometime in 2023. Meanwhile, you can catch Maggie and Negan in the final few episodes of The Walking Dead: The Last Episodesstarting on October 2nd.

What are your thoughts? Are you excited about seeing the franchise move to New York City? What would you like to happen? Let us know your thoughts below!