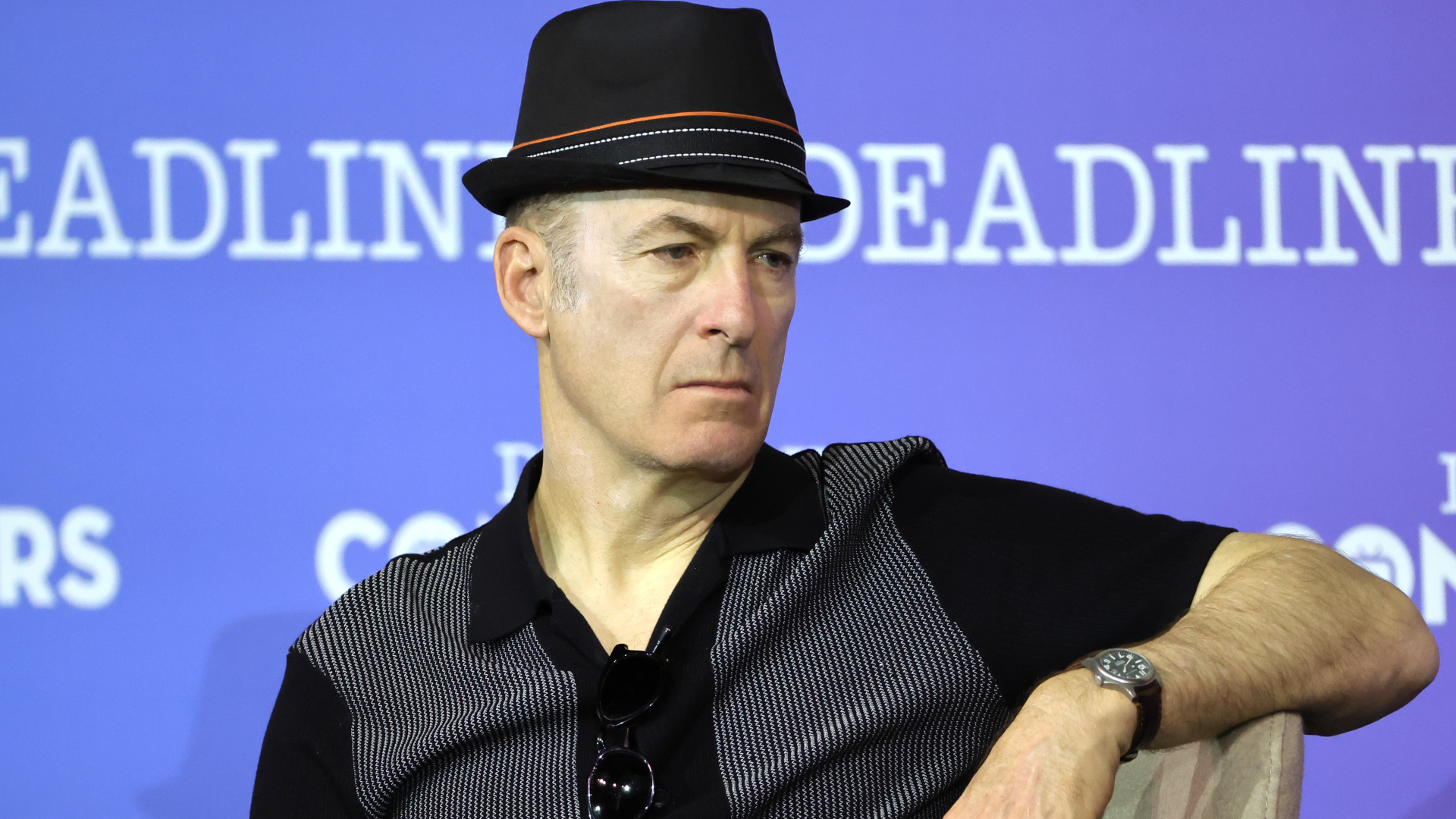 As the final episodes of Better Call Saul wind down, there’s a question that remains for when it’s all over.

Who ya gonna call?

Somebody? Anybody? How about nobody.

The opening intro to 2021’s nobodystarring first time action star Bob Odenkirk, is glorious and cute, and Odenkirk’s character answers a question about who he is perfectly, in essence saying, “Me? I’m (Nobody)” as the last word is filled in by the title shot.

Shortly after its release, both Odenkirk and producer David Leitch said they were interested in a sequel to nobody. In fact, the post-credits scene in the movie even hints that a sequel is on the way as Odenkirk’s character, who actually does have a name (Hutch Mansell), answers a phone call as he and his wife are looking at a new home .

In response to this phone call, which alludes to the fact that the bad guys are still out to get him and his family, the couple asks their realtor if this new home has a basement, which is itself an allusion to the safe room/basement Hutch locks his family in when the bad guys invade their home (and meet their bloody and even hilarious end at his hands).

With Leitch doing the rounds of interviews promoting his new film, the Brad Pitt-led bullet trainhe was asked about ‘Nobody 2’ and had some positive news for those that want to see more of this dynamic John Wick-style action hero.

“Oh, I think everyone’s really excited about it,” Leitch said in an interview with Collider. “Everyone involved is like, ‘Full steam ahead.’ We are in the script process, and I think we had so much fun making that. Kelly and I had a blast, the actors had a blast, the studio loved the results, and it’s happening. I mean, I think it’s happening as fast as we can make it happen.”

“Yes, I do (have confidence in ‘Nobody 2’),,” Leitch continued. “I do, because there are these certain journeys that you go on, and they’re just undeniable experiences for the people involved. And that was one of them. And I think all of us want to go back and play in that universe, and we want to see Bob bring that character to life again.”

And consider further that Leitch is becoming a go-to guy for creating action characters with a sense of humor and heart, as he is now working with Ryan Gosling for a movie called The Fall Guy. Brad Pitt, Ryan Gosling, Bob Odenkirk — it’s seamless!

Not to mention, Derek Kolstad created both nobody and John Wickwith both produced by Leitch, maybe there’s some world building to explore that would even intertwine the two gory yet glorious action thrillers.

There are so many avenues to explore in a possible nobody sequel. The supporting cast was outstanding, from Hutch’s father, played by Christopher Lloyd, to his brother, played by RZA, and of course, his wife, Becca, played by Connie Nielson.

There was so much under the surface in the interactions Hutch had with all three of them that showed there are worlds to mine for storylines in an upcoming film or two.

And there’s the tender scene of Nielson’s character tending to Odenkirk’s wounds, which shows that they’ve been in it together for a long time, and have gone through quite a few (probably bloody) trials and tribulations together.

Nielson even said as much in a different interview with Colliderwhen she referenced how much backstory there is to explore between Becca and Hutch.

“Well, one of the things we were talking about when we were shooting nobody was, you know, why did they meet in Italy?” she said. “And what was she doing there? And what is it that we don’t know about her story?”

We already know Odenkirk can play quite a few different personas at once, so maybe we could follow his past lives all the way up to the storyline of the original.

As of now, there is no official word on ‘Nobody 2’ getting the green light, but, Kolstad has already started writing the sequel and we figure he’s not one to waste time writing something that won’t see the light of day when he is getting big projects left and right.

Plus, we think that Odenkirk has enough sway these days to make it happen, too.

Even though wick and nobody come from different studios — Lionsgate and Universal Pictures, respectively — a crossover isn’t out of the question. nobody director Ilya Naishuller once said, “stranger things have definitely happened.”

“I love when the people ask, ‘Is it the same universe?,’” Naishuller said in an interview with IndieWire. “I’m like, ‘Alright, I can’t say anything. But what you could do is look at which studio made which movie and then think about the reality of doing a crossover.’ That’s all I’ll say. I mean, everything’s possible. Stranger things have definitely happened, but… yeah.”

And back in March of this year, the production company behind nobody (and bullet train), founded by Leitch and Chad Stahelski, 87North Productions, posted an Instagram photo of some of the players from the film with the caption, “can’t wait to create more chaos with this crazy crew on #NOBODY2.”

But in the end, is Odenkirk ready for another turn as Hutch after he’s done being Jimmy/Saul/Gene? It took him two years of rigorous training, after all, to transform himself into action-hero shape and to learn how to properly lead such a film in the lead up to nobody.

Odenkirk is currently 59 and would hypothetically turn 60 during filming of ‘Nobody 2’ (with his birthday in October).

In an interview with Empire Magazine earlier this year, Odenkirk was all for being Nobody once again.

“We are working on making that happen,” Odenkirk said in the interview. “Universal has been very upbeat and welcoming. Derek and I have talked story. It’s not a sure thing yet, but we’re working on it. I think the signs point to yes.”

To that end, it seems everyone keeps talking about how wonderful the shooting experience was for all involved, and how the character building of nobody (in contrast with world building in John Wick and other films) left them all hungering to keep exploring those characters, in and of themselves and as a collective.

“Even before the first one started shooting, we would riff on it,” Kolstad said in an interview with comicbook.com. “Like, ‘Where can we go? What can we do?’ It’s a joy because I really do believe that the best idea wins, and when you are imagining when you’re 11 years old, hanging out on the playground or wandering about with your buddies, playing video games and you go, “You know what would be cool? Is if Boba Fett fought so-and-so.” That’s where we are with ‘Nobody 2.’”

He then added this gem, letting us know that ‘Nobody 2’ could keep going the same way wick has:

“With ‘Nobody 2, 3, 4,’ or however many they want to do, it’s going to be Bob Odenkirk bringing a soul and levity to a character that oftentimes is just simply a faceless denizen of badass-dom. What he brings to it is love and hope and joy and that frailty of the smirk. Dude, I want to do this one forever. I know we always say those in the press but, God damn it, this is true.”

The camaraderie on-screen between Odenkirk and Lloyd, Lloyd and RZA, RZA and Odenkirk, and Nielson and Odenkirk, all jump off the screen and for sure demand further exploration.

Let’s all queue up nobody and rewatch it, because it sure is worth exploring a few times over, especially as we get set to say goodbye to Odenkirk regularly showing up in our lives over the past decade-plus in Breaking Bad and the as-impressive prequel Better Call Saul.

nobody is currently streaming on HBO Max, while Better Call Saul’s final two episodes can be seen on AMC and streaming on Netflix.