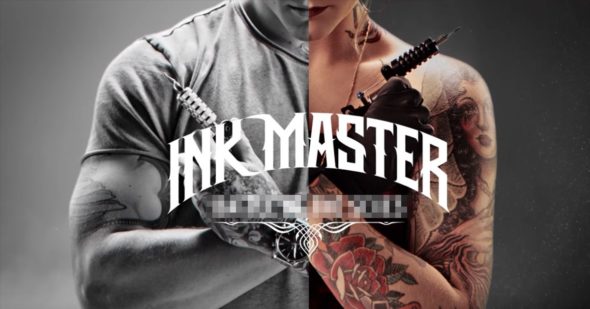 Ink Master is returning to the small screen for season 14 on Paramount+. The new competition series will return on September 7th. Joel Madden will host the series with Dave Narraro also set to appear.

Paramount+ revealed more about the return of reality competition series in a press release.

“Paramount+ today announced that the return of the hit reality competition series INK MASTER will premiere exclusively on the service Wednesday, Sept. 7 and roll out internationally where the service is available. Additionally, it was also announced that Joel Madden, lead vocalist for the pop/punk band Good Charlotte and co-founder of music companies Veeps and MDDN, will join the series as host, with former INK MASTER winner Ryan Ashley, celebrity tattoo artist Nikko Hurtado and industry veteran Ami James serving as judges.

In the new season of INK MASTER, hosted by artist, entrepreneur and culture enthusiast Madden, legendary fan-favorite artists return to compete in the ultimate tattoo competition. The artists will battle it out and face some of the biggest, most exciting and epic challenges seen in the history of the competition, all for the biggest grand prize yet: $250,000 and the title of “Ink Master.”

The legends will need to prove they possess the high level skills that sets an Ink Master apart: composition, precision, color theory, finesse, stamina and endurance. With stakes higher than they’ve ever been, a single misstep could send them home and, in the end, only one artist will walk away with the title.

What do you think? Are you excited about the return of Ink Master?