Jordan Peele has once again brought us another horror game-changer with his latest film nope. In his newest vision of socially-minded terror, two siblings witness something sinister lurking in the clouds above their remote horse ranch. It’s up to them to capture the mysterious phenomenon on camera before it’s too late. But at what cost? Peele’s bone-chilling third effort is a suspenseful and provocative thrill ride that pushes the boundaries of the alien invasion genre beyond anything we’ve ever seen before.

As with any Peele film, this is because, as much as nope scares us, it also forces us to think. The film perhaps provides audiences with far more questions than it does answers, to the extent that sometimes we doubt the seemingly-straightforward premise of the film itself. Based on the most recent trailer for the film, going into it, the only thing one can really be certain of is that some sort of threat lurks in the sky. But what exactly is it that’s up there? Are they invading, or merely observing?

For its novelty and confusing elements, nope might be Peele’s most polarizing film yet. Unlike any other alien invasion film of the past, even the most nuanced efforts like M. Night Shyamalan’s Signsit’s impossible to know what we’re getting into with nope -both as we step into the movie, and as we step out. Yet Peele’s continuous risk-taking and subversiveness is what has qualified him as one of the most promising working directors of today. Even if nope baffles on first watch, it’s a film to be revisited countless times, each frame offering a source for infinite analysis. 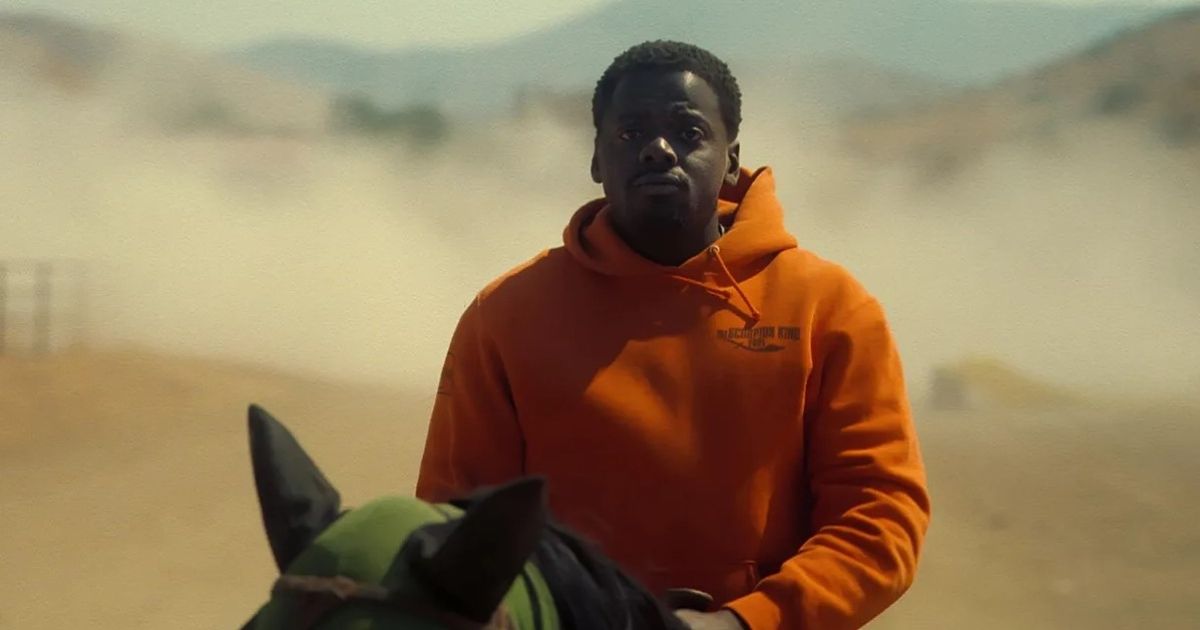 Itself a critique on the human desire for spectacle, nope is a spectacle that refuses to play by the rules. This is part of what makes it so successful – although billed under the “horror” genre, the film is light-years beyond just that. Some argue that the film doesn’t really qualify as horror at all.

Obviously, with no explanation needed, the second genre that comes to mind when considering nope is sci fi. Yet, even so, nope is unlike any other alien sci-fi film of years prior; comparing it to something like Annihilationor even John Carpenter’s The Thing, which also straddles the line between these two genres, would feel like a personal affront to Peele. Not because his film is inherently better than the ones mentioned, but because it is so different.

Peele makes the brilliant move of adding a neo-Western backdrop to nopeone which perfectly complements the film’s slow-burn pacing and allows for the creation of fascinating characters. The film’s ending, although containing scenes of the inevitable (confrontation with the alien), feels more like a long-awaited showdown than anything else. A little further, parts of nope even feel like a totally warped sitcom – the title alone is not without its sardonic humor. nope is a movie about movies; unlike Independence Day and aliens – movies about aliens – it doesn’t have to decide what it wants to be.

The Alien, aka “The Viewers”

Peele’s alien is an enigma. It is not a cipher to be decoded by scientists or government officials, or to be shot at by vengeful vigilantes. Not only is its purpose, but its physical anatomy remains completely unknown for a large part of the film. It makes sense, then, that so many of the posters for nope feature no monster, but rather the actors’ bewildered faces looking up or a horse levitating in the night sky.

This was a very purposeful maneuver on Peele’s part; by subverting the role that the monster usually plays in alien films, he challenges us to ask what the movie is really about, beyond the superficial threat of something otherworldly daunting over Earth. Only when viewers relish the mystery of Peele’s alien, and not necessarily try to unlock it, can nope be savored to its full potential. We begin to see the alien just as OJ, Emerald, and Jupe see them – as “viewers.” This is indeed the name that Jupe, former child-star-turned-showman, gives the alien as he leads one of his “spectacles.”

nope encourages us, just like its characters, to be radically skeptical. An early scene in the film is quite telling – OJ points out how UFos aren’t even referred to as UFOs anymore, but UAPs. The mystery of the alien is always changing. The only constant is the viewer.

Horror Beyond the Monster

Regardless of whether you think it’s a horror movie, nope has both its moments of sheer terror and imminent foreboding. The first half of the film, in which OJ and Emerald play a curious cat-and-mouse game with the alien, is rife with the latter. Every moment is tense and jam-packed with suspense, as we wonder when the “real” confrontation will strike. As we wait, there are quite a few red herrings and jump scares that Peele uses to play with us – screams constantly wailing throughout the sky, and a rather humorous false encounter with the “alien.”

But what makes nope such a genuine game-changer is that most of its horror exists totally outside the realm of the monster. It is in the film’s subplots and chilling implications that we find the stuff of true nightmares. Take, for instance, the film’s major subplot revolving around Gordy the chimp. In the ’90s, Yeun’s character, Jupe, was one of the stars of a sitcom called “Gordy’s Home,” in which the chimp himself also starred. We witness, in two instances, the terrifying occurrence of what happened one day on set when something went off in Gordy. From young Jupe’s perspective, a savage and unforgettable attack unfolds.

This scene has been named one of the most terrifying of the film. It possesses a rawness and gratuity that we don’t quite get from encounters with the monster. Perhaps Gordy is another, smaller instance of one of the film’s central motifs, that of a “bad miracle” – what happens when humans try to control nature for their many versions of profit. Out of something potentially wondrous, a deadly thing unfolds.