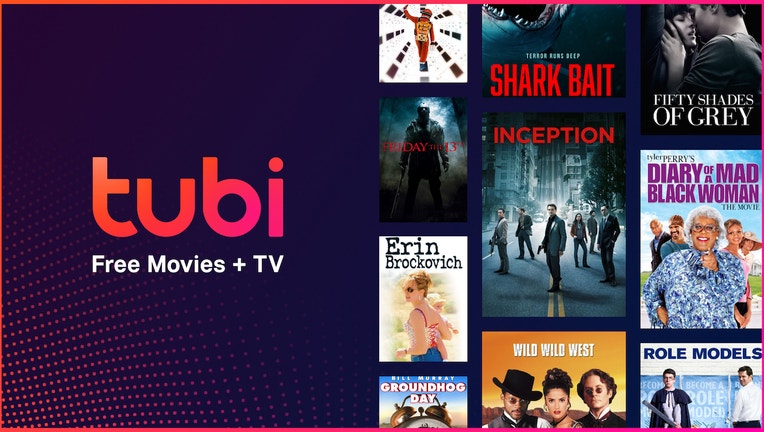 Chicago – Need something new to watch this month? Tubi has you covered. The free streaming platform celebrates the waning days of summer with all kinds of blockbuster spectacle this August — from the trippy visuals of Christopher Nolan’s “Inception” to the steamy romance of “Fifty Shades of Grey.” Plus it’s also Shark Month: Bitefest — a month-long programming event filled to the brim with shark-themed movies like “Jaws,” Gordon Ramsay: Shark Bait and “Sharktopus vs. Pteracuda.”

So whether you want to travel to the “Shark Side of the Moon,” live the “Life Aquatic with Steve Zissou” or dance“Center Stage,” there’s something for everyone on Tubi this month. Check out a preview of Tubi’s five new originals below and then find a full list of new arrivals, broken down by genre.

Shark Bait (streaming Aug. 1): “A group of friends enjoying a weekend steal a couple of jet skis, race them out to sea and end up in a horrific head-on collision. They struggle to find a way home with a badly injured friend, while from the waters below, predator lurk.”

Shark Side of the Moon (streaming Aug. 12): This sci-fi thriller “travels back in time to the Cold War, when the USSR developed hyper-aggressive humanoid sharks. Unable to kill them, USSR military scientists launched the sharks at the moon. Flash-forward to present day and the first team of American astronauts on the moon in decades must repair a module found on the dark side of the moon, where the astronauts encounter the unkillable Russian moon sharks and endure an epic fight for their lives.”

Destination Love (streaming Aug. 17): “Madison has the chance to pursue her love of event management when her two best friends announce their engagement. Finding a pre-planned wedding package on a remote island vineyard in New Zealand, Madison teams up with David, the handsome vineyard owner, to re -imagine the event for her friends. Working closely together, they soon discover a potential pairing of their own.”

Requiem for a Scream (streaming Aug. 26): “A sadistic killer sets his sights on a group of friends partying in an abandoned lake house, determined to make their murders his symphony.”

Killing Diana (streaming Aug. 21): “On the 25th anniversary of Princess Diana’s tragic passing, we’re going behind castle walls to look at the extraordinary life and legacy of “The People’s Princess,” how destiny took her from the world too soon that tragic night in Paris, and how she not only reshaped the Monarchy but continues reshaping it today.”

SPOTLIGHT Bill Murray gets stuck in a time loop in “Ground Hog Day,” while Kathleen Turner travels back in time in “Peggy Sue Got Married.”

SPOTLIGHT: Jason Voorhees returns in the 2009 reboot “Friday the 13th.”

SPOTLIGHT: make it an “Annie” double feature with Aileen Quinn in the 1982 version and Quvenzhane Wallisin the 2014 update.

SPOTLIGHT: John Cho tries to find his missing daughter in the inventive thriller “Searching,” which unfolds entirely on computer screens and smartphones.

SPOTLIGHT: Tune into “The Nanny” for a catchy theme song and some great comedy.

RELATED: 10 of the best streaming shows of the year (so far)

The Freak Brothers (2021): Smoke ’em if you got ’em! Pete Davidson, Woody Harrelson and John Goodman lead the voice cast of this adult animated stoner comedy based on Gilbert Shelton’s cult classic comic, “The Fabulous Furry Freak Brothers.” The series follows three 1960s hippie stoners who smoke a magical strain of weed, only to fall into a 50-year slumber and wake up in the 2020s. While time (and weed culture) may have changed, the Freak Brothers are just as mellow as ever. “The Freak Brothers” is a Tubi Original. Rated TV-MA. One season, 8 episodes. Also featuring the voices of Tiffany Haddish, La La Anthony, Adam Devine, Blake Anderson.