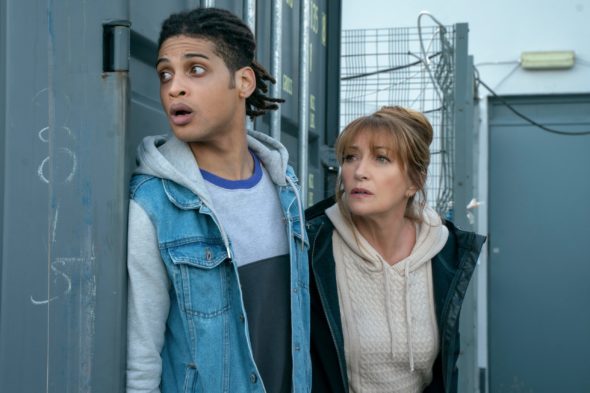 Harry Wild is returning for a second season on Acorn TV. The murder mystery series stars Jane Seymour, Kevin Ryan, Rohan Nedd, Stuart Graham, and Amy Huberman. The story revolves around Harriet “Harry” Wild (Seymour), a retiring university literature professor who ends up interfering in the police cases of her son (Ryan). Six episodes have been ordered for season two.

Acorn TV revealed more about the renewal of the series in a press release.

Acorn TV, AMC Networks’ acclaimed and fast-growing streaming service devoted to British and international mystery and dramas, today announced that it has renewed its hit series Harry Wild, starring and executive produced by Jane Seymour, for a second season to arrive on the platform next year. Harry Wild delivered the most successful premiere week in the history of Acorn TV when it debuted in early April, and has gone on to be the most successful series launch and most-watched season of any series on Acorn TV in 2022. More than 40 percent of Acorn TV viewers have sampled Harry Wild’s first season.

“I’m so thankful to the Acorn TV audience, the press, and my incredible fans for making season one of Harry Wild such a success,” said Jane Seymour, series star and executive producer. “I was thrilled when I heard how well the show performed. I absolutely love playing Harry. I can’t wait to get back into production and bring everyone eight more Harry and Fergus-filled episodes!”

“We knew this series was special from the beginning and could not be more thrilled by the response of Acorn TV viewers to this first season of Harry Wild and to see the remarkable Jane Seymour leading and producing a thrilling murder mystery on our platform,” said Matt Graham, general manager of Acorn TV. “This series had the most successful premiere week in our history and is already our most-watched single season for 2022, just three months after it arrived. We could not be more excited by the prospect of a second season from Jane and this talented creative team.”

Like season one, the second season of Harry Wild will consist of eight episodes.

Star and co-executive producer Jane Seymour (The Kominsky Method, Dr. Quinn Medicine Woman, B Positive) stars as Harriet “Harry” Wild, a retiring university literature professor who is finding herself at one of life’s crossroads. In season one, jolted from a mugging, Harry reluctantly agrees to recover in the home of her son, Charlie, played by Kevin Ryan (Guilt, Copper), a senior police detective. Charlie’s family does their best to tolerate Harry’s inscrutable ways, but Harry speaks her mind. Despite Charlie’s strong objections and warnings, Harry starts to interfere in her son’s particularly bafﬂing murder case when she notices the murderer has followed a pattern from an obscure Elizabethan play.

When she successfully catches the killer by putting herself at great risk in the process, she finds a new lust for life. Harry and her protégé, Fergus, played by Rohan Nedd (Whitstable Pearl), the aforementioned mugger and a troubled teen in whom Harry sees great potential where others see only a criminal, quickly find new mysteries to solve. Harry’s expertise at her new passion brings her into direct conflict with Charlie, who needs nothing less than his mother causing trouble at work! The cast includes Stuart Graham (The Fall, Tinker Tailor Soldier Spy) and Amy Huberman (Finding Joy, Striking Out).

A premiere date for Harry Wild season two will be announced later.

What do you think? Are you excited about the return of this Acorn TV drama?