girl godthe trans comedy team of writers Grace Freud and April Clark, with as kids. Or, at least, that’s what they say.

“How we met was,” Freud says, laughing in between words, “April was my childhood bully.”

“Yes, that’s true,” Clark says and picks up the thread Freud lays down to weave into her own pattern. “And Grace was significantly older than me. So it’s very impressive that I managed to harass her so much in school.” 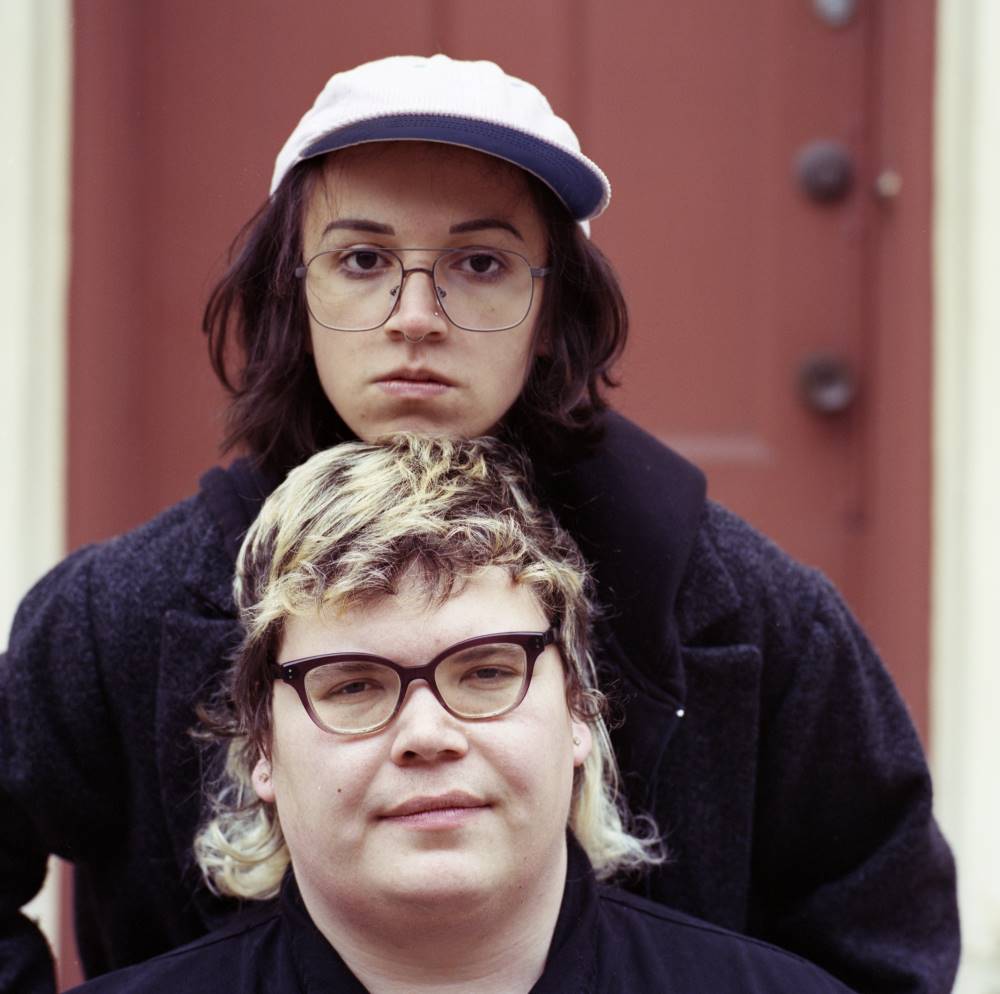 They bounce the bit back and forth – Clark teased Freud for being, gay, trans, and a nerd despite being all three herself; actually they also were friends and grew up in Berlin; and Freud lost her virginity to Angela Merkel, but only after Clark did first. One easily imagines both on stage trading this banter, and Austinites will be able to on Friday, Sept. 30, when Girl God Plays Chesstheir newest sketch show, performs as part of Austin Sketch Fest. Whether or not the stories in their pitter-patter dialogue are true doesn’t concern either Freud or Clark. What matters is if they’re funny, which they most definitely are.

At a time when what Clark calls claptaugher-type trans identity comedy rules the scene, Girl God’s actual joke construction stands out. Despite both women being popular on the bird website, they avoid the Twitter comedian trap of simply reciting tweets or mistaking online clout for offline success. “The reason that we do well on Twitter and in person is because writing a show for the real stage and writing stuff for online, they’re both writing exercises,” April explains. “We’re both writers. So you write for the medium, [and] they’re different mediums and we write different kinds of things.” Freud adds another difference between their Twitter comedy and in-person shows: “On Twitter, it’s just words … but live, you can see that one of us is real fat, and one of us is real skinny.”

Girl God also brings a refreshing bite to queer comedy, eschewing a learned toothlessness that plagues many queer comics. Both comedians bemoan a particular “joke” that’s gone viral several times among trans comics, the “dad joke of trans people,” as Freud calls it. The set-up is the comic stating their pronouns, with the weak punchline being their instant acquiesce to going by whatever anyone wants to call them because they don’t like confrontation or conflict.

“What’s the fucking joke there?” Freud says. “That you’re a fucking pussy? Like, come on, man … We’ve told jokes about how we suck and are cowards so that’s not the point. Are you really going to use your time on Earth and on the stage to do this wishy-washy nothing? I’m not saying turn your comedy into like a civil rights speech. I’m saying the opposite of it. I’m saying just be funny, like, do jokes that are funny.”

With their newest show, Freud and Clark are pulling together several sketches but not tying them to any particular high concept as they’ve done with past shows like Girl God Balls Out, which envisioned the women as the first trans billionaires mounting their own Space X Instead, the only unifying detail will be a chess game the two will engage in. When asked about their favorite chess pieces, Clark states that she plays a regional version of chess in which you’re allowed to use a gun and Freud goes with the class choice of the king, “because it’s the biggest one and thus, the least amount of a choking hazard.” Excitement has grown around the Girl God chess match, so much so that folks are gambling on it.

“All across the country, people are betting on who’s going to win,” Clark says. “we were in Vegas recently, and we actually started a big betting ring there on this game of chess that we’re taking on tour … I’ve had a lot of people approach me and offer me more money to throw the game.”

Freud shares her own experience: “I’ve been offered a lot of money to read the rules of chess.”

Girl God performs on Friday, Sept. 30, at 8:30pm at the Scottish Rite Theater as part of the Austin Sketch Fest. Tickets can be purchased either as part of an ASF badge or individual at atxsketchfest.org.