Just about a month ago Flyff returned to our screens with a new revitalized incarnation of an iconic anime MMO. For many of us that remember the days when WoW was still young, Flyff was a new dimension in the MMO genre. With a distinctly anime aesthetic long before Mihoyo made it popular and sidestepping the dark themes of western gaming behemoths, this cartoon world racked up a ludicrously large following, all for zero money down.

Now, this free-to-play forebearer to big-budget anime experiences is back. Under the stewardship of publisher Gala Lab and a small team of dedicated developers at Sniegu Technologies, this is far more than a simple port. The return is largely thanks to the dedication of the developers at Sneiegu, who first started modding the 2005 original, and then got to add their own spin on this official release. Flyff Universe brings back the original version of this adventure, describing itself as an old-school remake built on modern technology. It retains the world of Madrigal upgrading the graphics, tweaking the gameplay, and cramming this fully 3D MMO onto web browsers across PC, mobile, and likely more. We haven’t tried your smart fridge yet. This isn’t DOOM after all.

Since its launch in Southeast Asia, this old adventure turned new has reached well over 250,000 players, and now it’s gone global. So, before we step back into Darkon and take on 17 years of content, we sat down with the Loic Saos, CEO at Sniegu Technologies and the lead developer of Flyff Universe, for a chat.

MMORPG: Flyff has a huge legacy behind it. What’s your own history with Flyff?

Loic Saos, CEO at Sniegu Technologies: We started playing Flyff on the French server with many friends when we were 11 years old. It was one of our first MMORPG experiences and we grew up with the game! We have seen many updates to the game and its evolution over time, and like any gamer, we had some ideas on how to improve the game.

MMORPG: Is it daunting carrying that history and moving it forward? Very few games have managed to keep going for so long. runescape and maplestory come to mind almost instantly.

LS: Of course, it can be very intimidating to revamp a game that’s almost 20 years old. Flyff has a huge community, with high expectations. I would say that the community is Flyff’s main strength, alongside its unique flying system, colorful graphics and easy to pick up gameplay for an MMORPG. In the MMORPG genre, there are not many competitors to Flyff actually. 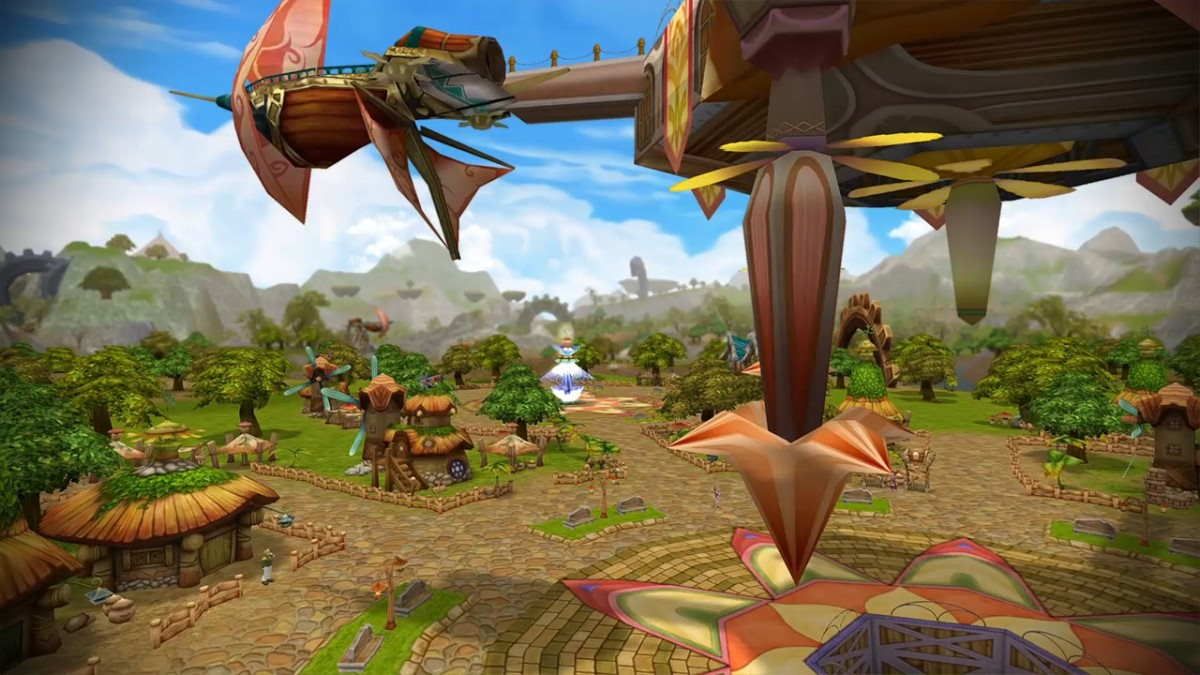 MMORPG: What was the aim with creating Flyff universe? It’s more than just a simple port project?

LS: The main goal was to bring a true MMORPG game like Flyff to new platforms such as mobile devices, but there is also a strong desire to push new content to the Flyff franchise. We’re not afraid to make changes to the core gameplay to fix some issues. Of course, Flyff Universe also offers new features for users: an improved user interface, many graphical improvements, customizable controls, and much more!

MMORPG: For old-school players looking to return to Flyffwhat sort of improvements can they expect?

LS: Old school players can expect a variety of Quality of Life improvements and regular updates to improve the game, based on the community feedback. Many issues from the original game have already been fixed. But the most important is Flyff Universes huge community. Players will enjoy trading, chatting, and fighting bosses together like back in the day. They will also be able to play the full game, anywhere, anytime: at home, while commuting, even at work maybe 🙂

MMORPG: Let’s ask about the obvious one. The graphical improvements are impressive. Is that all performed server side or in browser? What are we looking at and how did you achieve it?

LS: All the graphical improvements are performed in the browser thanks to a homemade highly optimized game engine. Flyff universe is taking advantage of the recent HTML5 web technologies to reach performances close to a native application. We can use advanced shaders and textures, which was impossible with the native client when the game was first introduced in 2005.

Currently, we believe Flyff universe to be the most advanced browser-based MMORPG available on the market.

MMORPG: What were some of the technical barriers or challenges you had to overcome?

LS: Embedding such a game into a browser is a huge challenge. It took a long time to build a game engine that works well on mobile. A major problem was the loading speed, but there is also the concern of hacking. Since it is not possible to use the standard anti-hack software to protect the game, we had to focus on server security. For example, it is really hard to synchronize character movement in the browser while preventing teleport hacks. 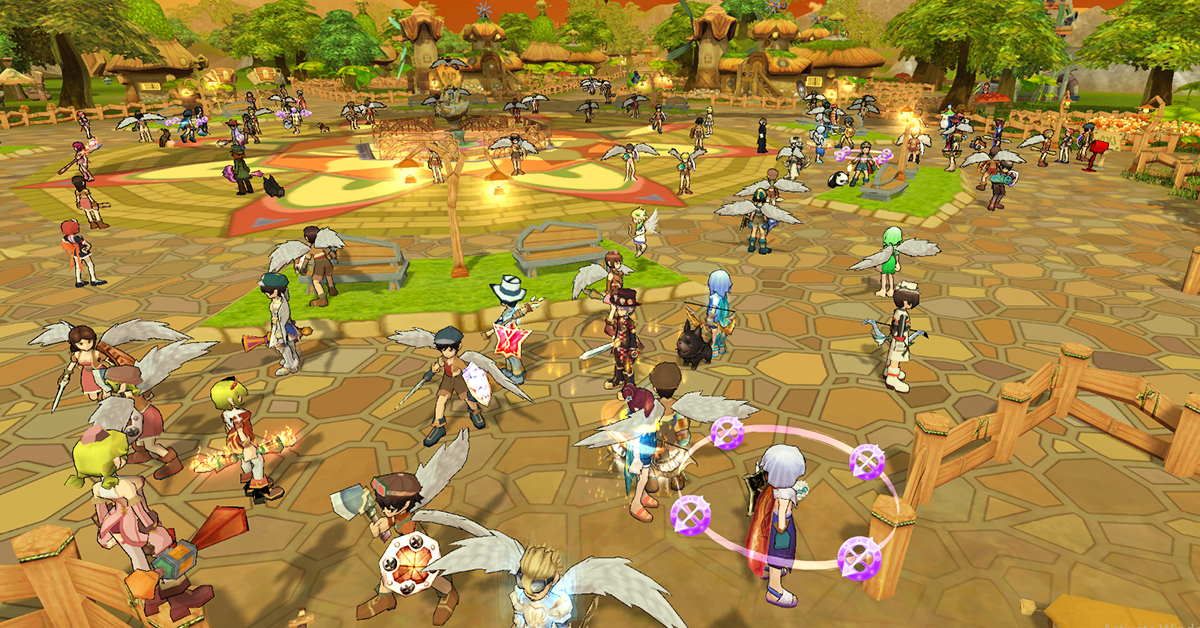 MMORPG: The more animated approach too, why introduce that? It almost feels like it’s leaning more into the anime aesthetic.

LS: In fact, the cartoon mode is from a remake launched in Japan in 2013 called Flyff masquerade. We thought some players would appreciate this graphical style and sought to combine the best of all Flyff version. But that’s all configurable in the game’s options, and old-school players can use the original Flyff PC graphics and UI if they want.

MMORPG: With mobile as a target, did you feel that the UI has to incorporate that, or were there other compromises made to make it play better on Mobile?

LS: We’ve tried to stick to the original Flyff PC gameplay as much as possible. For example, Flyff universe is one of the very few mobile MMORPGs without an auto-attack or auto-quest button. These days, most cross-platform MMORPGs are actually games with mobile gameplay that are also playable on PC. for Flyff universeit is an MMORPG with PC gameplay that can also be played on mobile or any device with a web browser (Mac, PC, tablet, etc.).

thanks to Flyff PC’s easy gameplay, we didn’t have to compromise a lot to run the game on mobile. However, it took a long time to develop a mobile user interface that offers all the functions of the PC version.

MMORPG: With a new lease of life what content can we expect from Flyff Universe going forward?

LS: We will offer both improvements to the existing gameplay and new features specific to Flyff Universe. We are starting from an older version of Flyff PC (Version 7 from 2007), so there is a lot of content that we can use from later versions of Flyff. For example, we have our first major update coming in August, with a new continent, dungeon, and pets – this content is taken from Flyff PC but its implementation is very different from the original version.

We also plan to develop new side activities, new dungeons, and more, so stay tuned!

MMORPG: How has this new universe been received?

LS: The good news is that tons of players have joined the game, much more than we expected! Many have played the PC version in the past but we are also happy to see many new gamers playing Flyff for the first time. The cross-platform aspect is definitely a huge plus for the game. We also have dedicated servers for each region to keep latency to a minimum, and the game is now available in over 15 languages, with more to come. Players are eagerly waiting for the next game updates.

MMORPG: What are your hopes for the future of Flyff universe?

LS: We hope that the game will continue to attract new players and that the community will appreciate the upcoming updates!

Flyff was among the very first free-to-play MMORPGs back in 2005, which helped democratize the genre to users who didn’t want to pay a subscription.

now, Flyff universe is one of the very first true cross platform MMORPGs; it doesn’t require any download, specific devices, or high specs. As such, we hope it can appeal to a very wide audience and introduce them to the fun of exploring a huge online world with thousands of players.

But the best is just to try it out, click here universe.flyff.com/play and you will be in game!