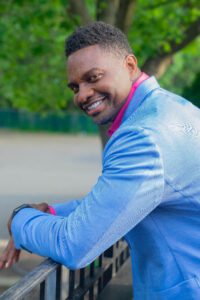 Surflight Theater’s final Comedy Night of the summer is set for Monday, Aug. 15 at 8:30 pm

The host and MC for the evening is Joe Bublewicz, as he has been all summer. The featured comic is Richie Byrne. The headliner is Rodney Laney.

Who was the first comedian to address the United Nations? If you guessed Volodymyr Zelenskyy, who is currently the president of Ukraine but who first came to the attention of Ukrainians as a comic actor, you’re wrong. It was Byrne, and his opening line at the UN was a classic: “Is anyone here from out of town?”

Even the Russians and Chinese had to laugh at that one.

Byrne’s bio starts off with the fact that he’s been the warm-up act for “The Dr. Oz Show” since 2009 and later mentions his other daytime TV warm-up credits include “The Rachael Ray Show,” “The Chew,” and “The Jane Pauley Show” as well as the sitcom “Murphy Brown.”

Byrne has plenty of other credits besides being a warm-up. He’s played NYC’s Dangerfield’s, Caroline’s on Broadway and the Gotham Comedy Club. He’s headlined at many clubs around the country, including The Borgata in Atlantic City and the Tropicana in both AC and Vegas. He’s appeared in legendary shows such as “Sex and the City,” “The Sopranos” and “Law & Order: Criminal Intent.” He’s proud to have performed at military bases throughout the US and Europe for the “Comics on Duty” organization as well as countless charities including “Comedy Cures,” a nonprofit that uses comedy as a therapeutic tool for terminally ill patients and their caregivers. He’s a co-host of the popular podcast “Drinks, Jokes & Storytelling.” The list of credits could go on almost forever.

Laney was born and raised in Paterson, and his bio says he’s always been a comedian: “Thanks to Rodney’s school years, school administrators decided corporal punishment was no longer necessary in the school system; they now want capital punishment!”

His professional career started when he was in the military. He was stationed at Wright Peterson Air Force Base in Dayton, Ohio, where he accompanied a fellow airman, an amateur comic, to a comedy club. His buddy bombed – no pun intended. But Laney hit the stage, got thunderous applause and decided his future was in comedy, not in the air.

He’s got plenty of credits. Laney has completed pilots for Comedy Central, MTV and A&E. He’s appeared on “P, Diddy’s Bad Boys of Comedy” on HBO, Fox News Channel’s “Red Eye,” “The Late Late Show” and “Comics Unleashed” on CBS, Comedy Central’s “Premium Blend” and the BBC’s “The World Stand’s Up.” He has also appeared at one of the kings of festivals, the Just For Laughs Comedy Festival in Montreal. He was in a movie comedy, “Tinsel Town” as well as another feature film, “Pride & Loyalty.” Lane has even written a book, Lighten Up.

Credits, though, don’t give a good idea of ​​a comedian’s style. Videos do, and plenty of Rodney Laney videos can be found on the web. Here’s an introduction to his wit, from a DRYBAR comedy special titled “Why You Look Ugly in Photos:”

“You can take as many as you want, right?” he said of taking pictures. “Remember back in the day when cameras had film? You might not remember,” he said to a younger person in the audience, “but Google it. This thing called film, it made you highly selective with your picture taking, right? Only memorable stuff because you knew you had 24 shots. The sky could be on fire, that’s not memorable enough, I got one shot left …

“You had to drop your pictures off and wait, like, a week. You were dreaming about the pictures, ‘Oh, I can’t wait to see my pictures! They’re gonna be so nice!’ You were calling, checking ’em – ‘Excuse me, my pictures ready? Tuesday? It’s Thursday, where my pictures at, man? I need to see how I look!’

“And you wait a whole week to see that you took a picture of your thumb.”