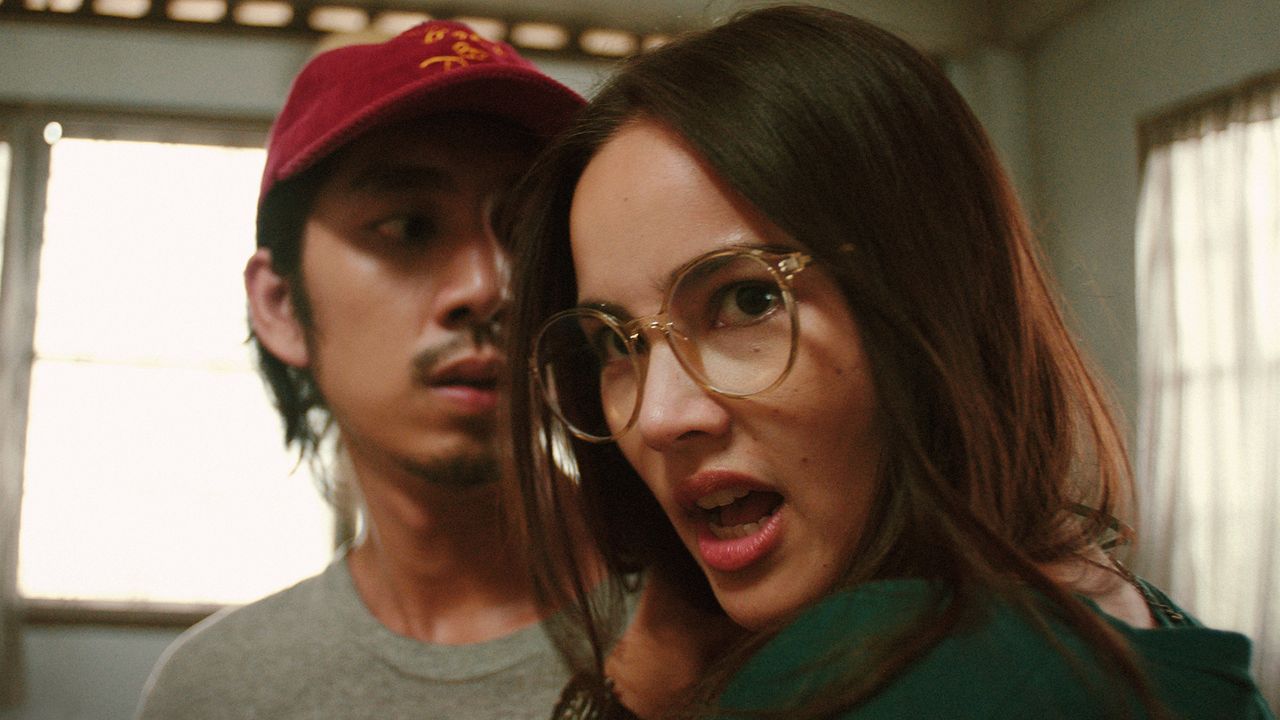 Fast and Feel Love is a simple story about Kao, a thirty-year-old Sport-Stacking world champion, who finds himself confronting life head-on when his long-time girlfriend Jay decides that it is time for her to move on with this relationship, dreaming about children of her own.

It is a genuinely light-hearted drama that is invested in the carefully thought-out life beyond Sport-Stacking as the gloomy days befall our protagonist Kao who is left alone after getting dumped by his faithful, yet kind girlfriend Jay. It makes enough effort in establishing the dynamic of the eccentric duo who use their talents to compliment each other from a long way back to be where they are now after ten years in the present. It starts slowly but picks up the interest as things proceed, with it laying emphasis more on Jay’s story before and after the relationship, which makes us emphasize her thinking, and at the same time builds her up as a lovable and sweet character. The questions regarding the relevance of Sport-Stacking are also firmly discussed side-by-side alongside the explanation of the character personalities.

The subsiding life as a world champion with a passion for Sport-Stacking and the aftermath of the post-break-up Kao are I think balanced out very well. There is just about enough screentime for the sport to be showcased, and Kao’s passion to be experienced. The reason why it does so well in the balancing act is that, for Kao, there is no life beyond the game of Sport-Stacking. His overwhelming love is what had been propelling him in life to become a world champion, who dreams about becoming an ambassador for the sport and touring the US by winning the tournament. But he misses out on an important puzzle piece, which is Jay working for him behind the scenes, as he keeps his concentration in life only on the game. Her absence ends up disrupting his one-dimensional life, as he struggles with all the chores of adulthood, all while he imitates the mannerisms of a man-child inexperienced in dealing with life just like an adolescent.

The subtly in the comic moments is quite possibly the best part of this movie. I wasn’t expecting it to be naturally funny, but the narrative thought processing and its resonation with the real-life dilemma are done hilariously, along with the natural wit of the dramatic responses used in just the right proportion, with good dialogues and delivery from the cast itself. There are pop-culture references that made me chuckle a bit, and at times it bravely breaks the third as it becomes completely aware of Kao’s story translated into a movie.

After initially being on the sidelines, we get to Kao’s side of life, and there is a lot of character development throughout as he drives his way forward to living a new type of life without Jay. Other characters are also introduced in the fold whether it is Kao’s mother, Metal (Kao’s housekeeper), Pai-Liu (Kao’s student), and Por (the school manager). Each has a role to play, and every one of them serves the movie well comedically while making their presence felt each time they appear on the screen. Jay’s screentime eventually lessons over time, but she still stays well within the story, without serving as a distraction.

I think I quite enjoyed the movie, and it is very well crafted from the self-narrative voice-over to the emotional doses in just the right quantity. The comic appeal was a welcome bonus that I wasn’t expecting and stays impressive throughout in this sports drama that doesn’t mind the intrusion of the personal life, as the respect for Sport-Stacking stays intact.