After the cancellation of batgirlthe status of many DC movies and TV shows has been called into doubt, but there are a number of Warner Bros. projects that appear to be safe from being scratched. For the past decade, DC has been locked in a new type of war with their rivals at Marvel; where once their feud was limited to the medium of comic books, it has now spilled over into almost all forms of entertainment. DC’s luck with movies and TV shows has paled in comparison, leading to a decline in their once stellar reputation. Behind-the-scenes issues and controversies have plagued the DCEU, DC’s flagship shared cinematic universe, and on many occasions, this has affected the quality of the movies and TV shows themselves.

The Warner Bros. Discovery merger complicated DC’s issues in many ways, mostly because it prompted a shift in the company’s approach to its storytelling. Since the merger, plans for the DCEU and other DC projects have changed significantly, with certain movies receiving larger marketing pushes and others seeing their releases delayed. Even more shocking was the cancellation of the near-completed batgirl movie after Warner Bros. was reportedly unhappy with the results of test screenings of the movie. The cancellation of batgirl seemed to show that no DC movie or show was safe, as the movie had already cost Warner Bros. $90 million.

Related: Every DC Cinematic Universe ExplainedHowever, despite the shock erasure of a near-complete DCEU movie and reports of major shake-ups within DC’s biggest franchise, there are a number of projects being reported as secure and moving ahead as planned. Though the cinematic future of DC properties is uncertain under the new leadership, there are some known titles to still forward to in the next couple of years. Here are all the DC movies and TV shows that Warner Bros. has either indicated are safe, or implied as much, from the threat of cancellation.

Though it hasn’t been officially declared safe, the next major DC movie release doesn’t appear to be in any immediate danger. Dwayne Johnson is set to star in the DCEUs Black Adam, which will introduce both the titular antihero and the Justice Society of America into the franchise. As Johnson appeared at San Diego Comic-Con 2022 to promote Black Adam, it would seem that the movie is safe from the threat of cancellation. Warner Bros.’s huge marketing push for the upcoming DCEU movie also evidences its importance to the studio and the franchise, making it unlikely that the film is in jeopardy.

Shazam! Fury Of The Gods

Another DCEU title that appears to be safe is Shazam! Fury of the Gods. The sequel to 2019’s Shazam!, which proved to be one of the most popular movies in the franchise, will continue to expand the DCEU by introducing a host of new characters, including the villainous daughters of the Titan Atlas. after black adam, the DCEU has Shazam’s rival ready to appear alongside Zachary Levi’s hero for future installations, so it would seem that there are likely plans for the character’s future beyond Shazam! 2, making the film’s cancellation incredibly unlikely.

Aquaman And The Lost Kingdom

One more major DCEU title not explicitly declared safe is Aquaman and the Lost Kingdom. The sequel to 2018’s Aquaman reunites director James Wan with star Jason Momoa and the majority of the first film’s cast. Though Warner Bros. hasn’t officially confirmed the film’s status, it would seem that Aquaman 2 is going ahead as planned. Aquaman was a huge DCEU success, so its sequel doesn’t appear to be under any threat of cancellation, particularly so late in its development.

The status of peacemaker season 2 was called into question by batgirl‘s cancellation, largely because the reason given by Warner Bros. was their decision to shift away from HBO Max content. However, the show’s creator, James Gunn, has eased concerns over peacemaker‘s potential cancellation, declaring it safe. peacemaker season 1 was a massive and somewhat unexpected hit for the DCEU, so continuing into a second season makes sense. 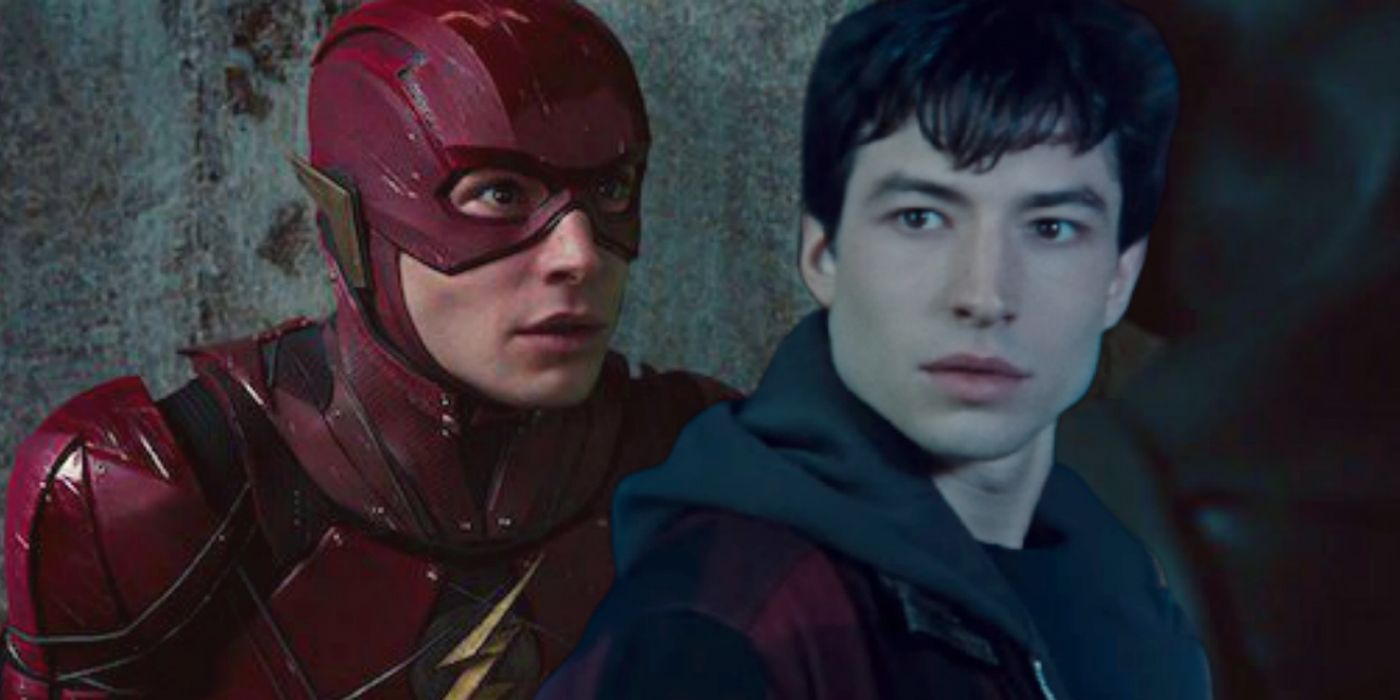 One of the most controversial of all of DC’s upcoming releases is The Flash movie, mostly because behind-the-scenes developments have threatened to derail the movie long before its intended release. Numerous allegations of criminal behavior leveled at the film’s star, Ezra Miller, have prompted calls to recast the Flash in the DCEU, which in turn led to speculation that The Flash may also find itself in danger of cancellation. However, these concerns proved to be unfounded, with Warner Bros. declaration The Flash safe from cancellation and describing the upcoming DCEU film as “terrific.” 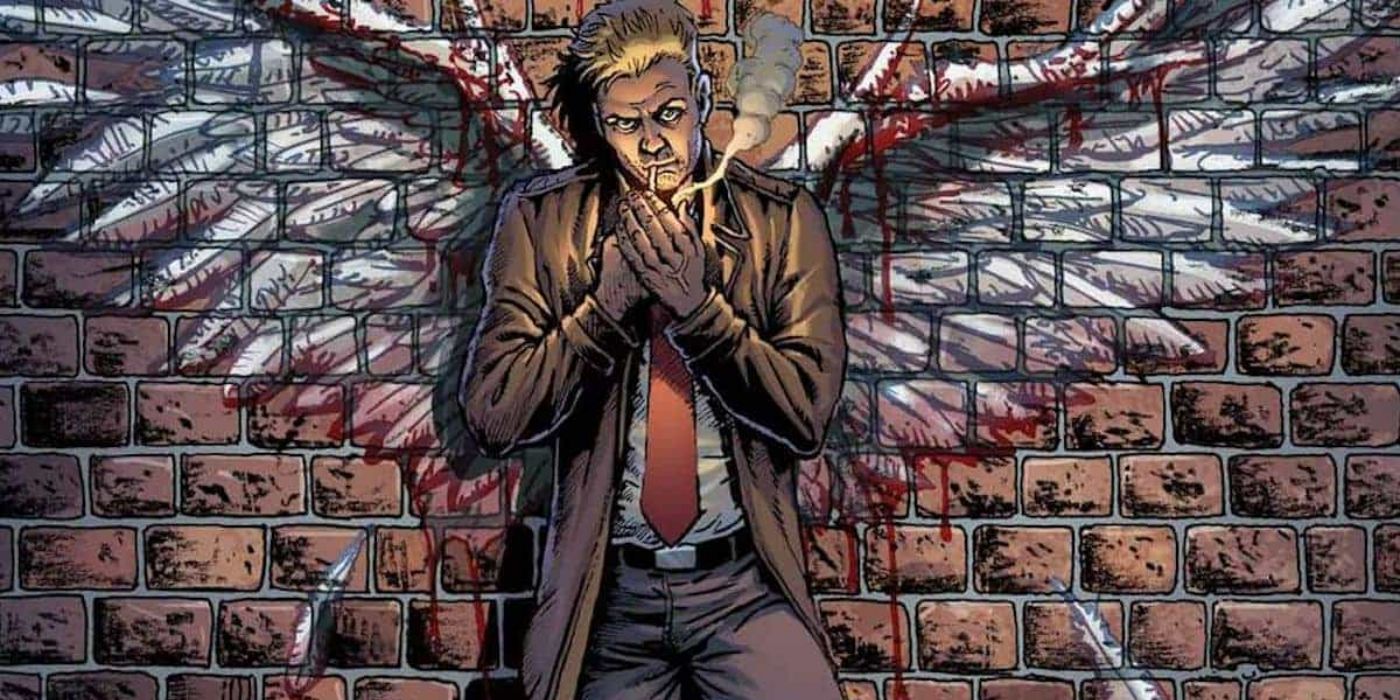 The fate of the upcoming DC show Constantine was also a cause for concern due to its planned home at HBO Max. Other than JJ Abrams’s role as a producer and Guy Bolton’s as a writer, little is known about Constantine, which further fueled speculation that the show was in danger of being scrapped. However, the Constantine series is apparently “on solid ground and moving along” (through Deadline).

My Adventures With Superman 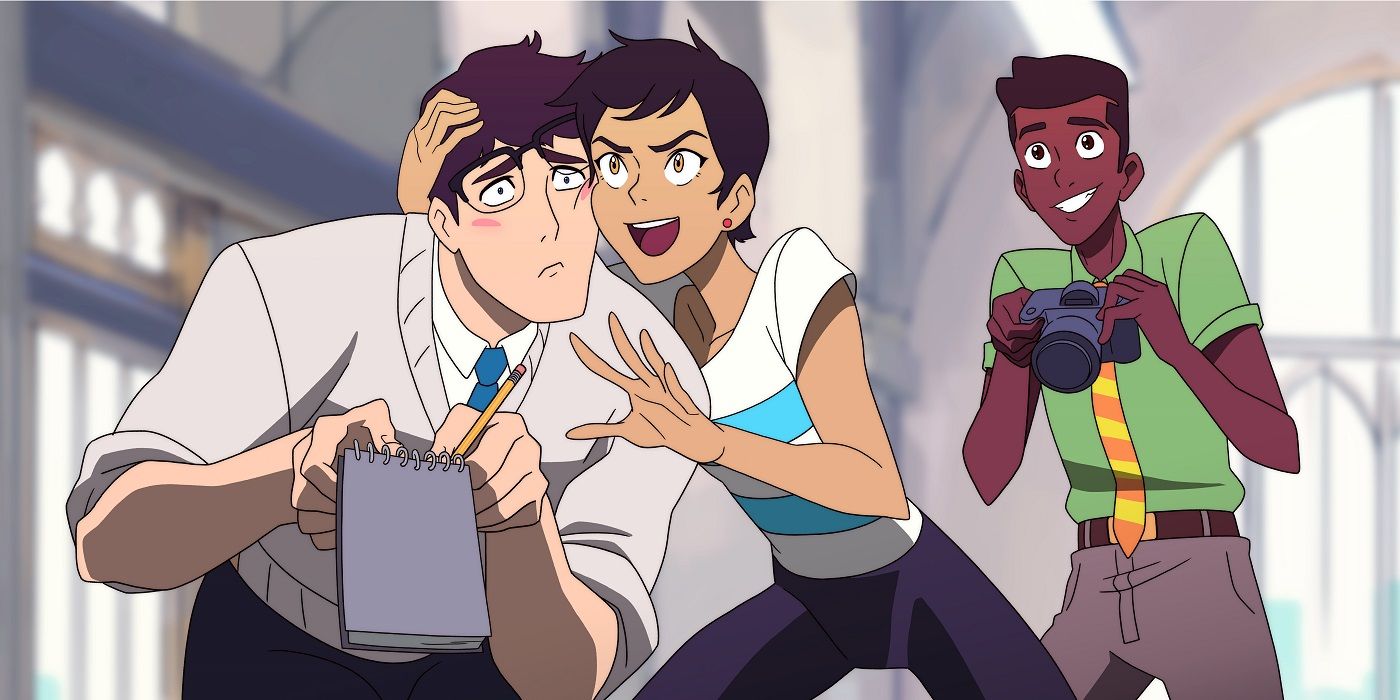 In addition to the live-action shows and movies, there have also been concerns about the status of some of DC’s animated projects. Another upcoming DC show for HBO Max, My Adventures with Superman, seemed at risk of cancellation, but the show’s co-producer, Josie Campbell, has confirmed it is still in active development. My Adventures with Superman is set to feature the voices of Jack Quaid, as Superman/Clark Kent, and Alice Lee, as Lois Lane, and will follow a 20-something Clark as he begins to establish his super alter-ego while attempting to balance his double life.

It’s not just upcoming projects that were considered at risk of cancellation, but ongoing series, too. Titans is one of a few non-DCEU or Arrowverse DC shows to achieve success, and despite season 4 currently being in development, there were concerns over its future. However, it’s been confirmed that the show is safe and that Titans season 4 will continue on HBO Max.

along side Titansthe animated Harley Quinn series has also been declared safe from cancellation. Harley Quinn season 3 finally aired after a long hiatus for the show, and it has been clarified that the series is a part of Warner Bros.’s plans for the future. Harley Quinn features the voice talents of Kaley Cuoco in the title role, as well as Lake Bell, Alan Tudyk, and Christopher Meloni, and the show has now been quietly renewed for season 4 in 2023.

Also confirmed to be moving forward is the Blue Beetle movie, currently set for release in 2023. Initially slated as an HBO Max movie, Blue Beetle was upgraded to a theatrical release in late 2021. Recent reports have confirmed that Blue Beetle is still on schedule for its planned release, dispelling concerns that the movie would share batgirl‘s fate (via THR).

Warner Bros.’s announcement of its shift of focus away from small-screen projects also caused concern for the planned Green Lantern show. HBO Maxs Green Lantern has been in the works since 2019, but its production has been subjected to significant delays. This led to concerns that the show would be axed by Warner Bros., but this has been confirmed not to be the case. the Green Lantern series is set for release in 2024 on HBO Max, and it is believed that filming will start sometime in 2023. Though the cancellation of the batgirl movie prompted major concerns for the show, it’s still safe and set to introduce DC‘s iconic Green Lantern Corps on the Warner Bros.-owned streaming service.