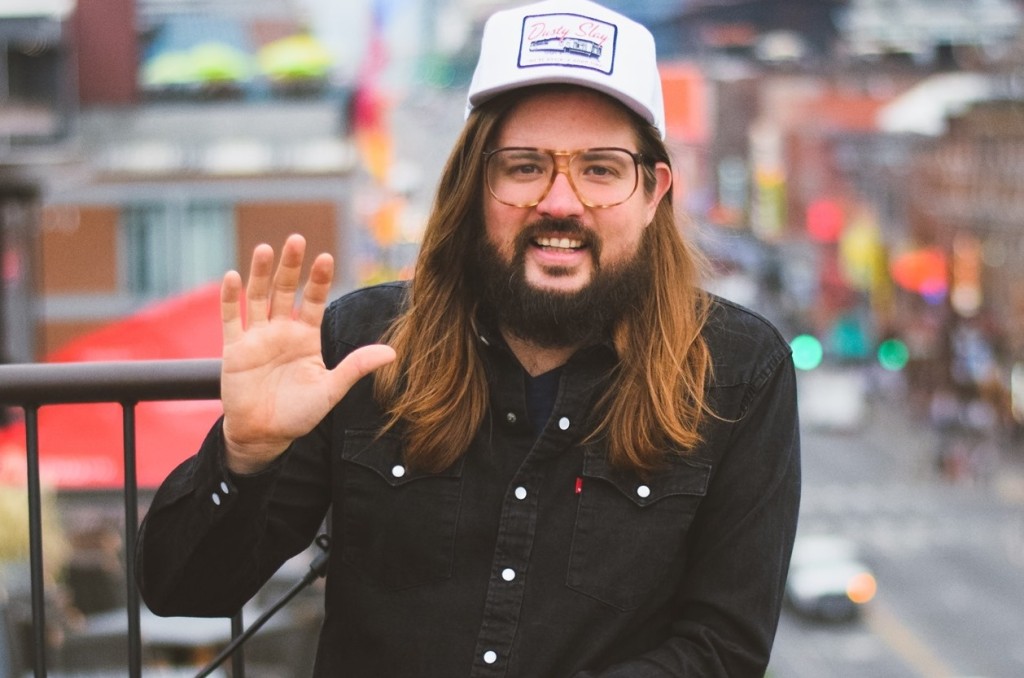 Dusty Slay is one of the funniest and hardest working stand up comedians working today. He’s also someone you can take your whole family to see. That puts him in rarified air with Jim Gaffigan, Bryan Regan, and Sebastian Maniscalco.

Slay has been on The Tonight Show with Jimmy Fallon multiple times, he’s the co-host of Nate Bargatze’s podcast, Natelandand he has his own Netflix special.

We had the pleasure of chatting on the phone with Dusty for about 25 minutes ahead of his trip to KC for a series of upcoming shows at The Improv on August 19th and 20th.

The pitch: Have you been to Kansas City before?

Dusty Slay: Yeah, lots of times! I’ve been to the Improv there several times. I’ve probably headlined the club twice, and I featured there one time. And I did some independent venues back in the day. The Improv is mainly what I’ve done. I featured for Aries Spears back in the day and I did a one-nighter on an off night. And then recently, I guess last year, I did a weekend there.

So you’re from Alabama but I know you live in Nashville. How long have you been there?

Well I moved from Alabama when I was 21 to Charleston, South Carolina, where I lived for about 10 years. And I’ve lived in Nashville since 2014.

Nashville has become a bigger hub for stand-up comedy with many people moving there, especially during the pandemic. Have you noticed a difference at all over the last few years?

We have few more big-name comedians but you know Zanies is still the club. Zanies has always been the club. And I’ve always known it was a great club even before people started to come there. But yeah a lot of our shows have really started to pack out because comedy came back before music did. So for a while there wasn’t any live music, but we were still doing comedy. I just feel like Nashville has become known more as a comedy place than it was prior to.

I’ve watched you on a bunch of the Nashville comedian’s podcasts, Steve Byrne’s Comedy Pinata and also Nate Bargatze’s podcast Nateland. He does his show out of Nashville, right?

Yes, absolutely. And I’m now a co-host on that show. It’s a lot of fun. Nate is doing really great things. Nate’s got some good plans for the future of Nashville comedy.

I think it’s really a combination. The Tonight Show is what I did first so that’s what I started to get recognition from. Then I did a clip for Comedy Central that was only on YouTube but I think it got up to 5 million views now. So I used to get recognized from that a lot. And then Netflix obviously gave me a really nice boost and then shortly after that I joined Natelandwhich has only boosted it more.

Now I have to ask, Kansas City is a big BBQ town. You’ve traveled all over and I’m sure you have eaten BBQ everywhere. You’re a Nashville guy. What are your thoughts on the BBQ wars?

Well, you know I think it’s all good. I’m a big brisket guy. I like beef brisket and honestly, I think it’s all good. In Alabama, we have our own style of BBQ. There used to be a real mustard-based kind of thing at a place called Chuck’s BBQ in town that I used to go to all the time. It’s great. Then I moved to South Carolina, they’ve got their own style of BBQ. Then Tennessee, you know Memphis and then—I think Memphis, um I don’t know. Maybe people will hate me saying this. But I’m not a real foodie guy. But I think Memphis, Kansas City, St. Louis all are similar style BBQ and all delicious.

I feel like there’s no need for war. We can all just be delicious.