Finally, Gohan and Piccolo have their own anime movie. Over 20 years since the Cell Saga, the two Dragon Ball Z characters get their chance to shine, taking on a mix of new and classic villains in Dragon Ball Super: Super Hero. It’s a smaller, more focused narrative than the preceding epics, and all the better for it.

As ever, Gohan has to realize his full potential, encouraged by Piccolo, who’s convinced their current moment of peace is only temporary. He’s right, as per usual, but even he couldn’t have predicted that we’d see the Red Ribbon Army back at it again, sending out yet another pair of androids.

These aren’t the product of Dr Gero, though. These are from his grandson, Dr Hedo, a more well-meaning but misguided scientist who’s duped by Magenta, the head of Red Ribbon, into building something that could defeat Goku and the Z Fighters. Sounds like an old-fashioned season of Dragon Ball, right? It certainly plays like one, with framing that lays the foundation for what’s next in the storied anime series.

After Dragon Ball Super: Broly, everyone’s enjoying a chance to breathe. Piccolo is training Pan to fight, Gohan’s working on his scientific research, and Goku and Vegeta are sparring away. Piccolo may be growing more sentimental with age, but he’s as vigilant as ever, firm on the importance of staying spry to take on whatever comes his way. 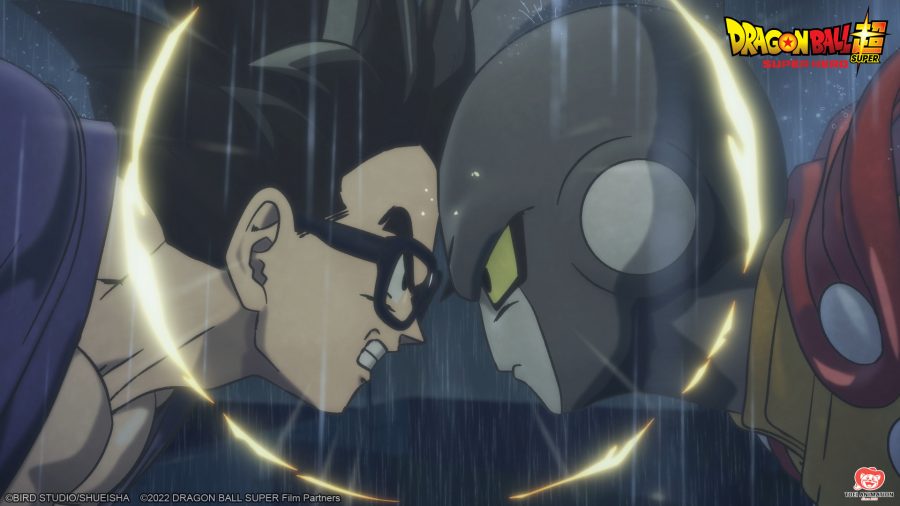 Super Hero is a return to basics for Dragon Ball, a re-centring of the franchise after it’s been catapulted back into the mainstream. Battle of Gods, Resurrection ‘F’, and especially Broly were huge brawls featuring Goku and Vegeta that rejuvenated public interest in the TV series. The latter especially, with Broly now one of the highest-grossing animated movies ever made.

But Dragon Ball isn’t just watching Saiyans being pushed to new levels of power. There’s comedy and drama, friendships, and romances sparked by collective trauma that become lifelong partnerships. In Super Hero, Gohan’s too busy with his lab work to work out as much, barely able to manage his old shoulder pads.

He’s a family man now, raising Pan with his wife, Videl. Piccolo doesn’t approve of Gohan letting his muscles fade, but he also clearly relishes being a surrogate uncle and grandfather who’s integral to the family. These slices of life are foundational to Dragon Ball’s long-form storytelling. 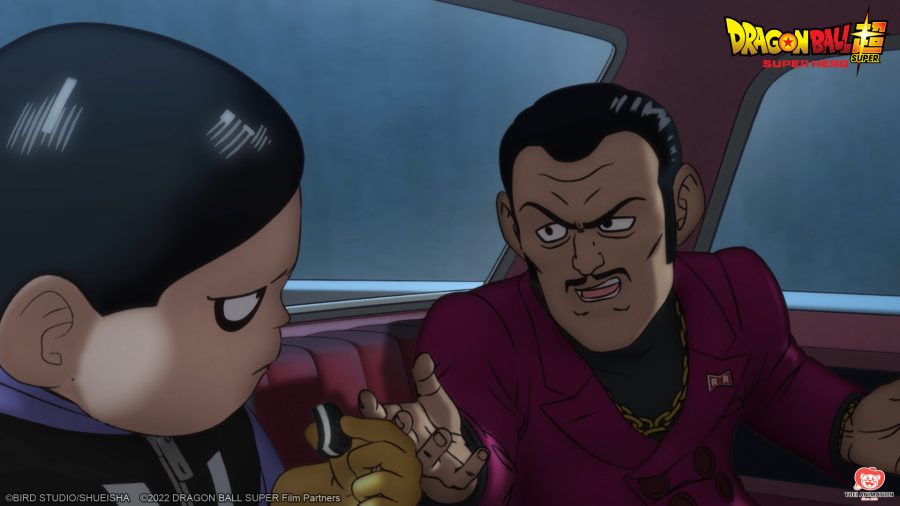 When Dr Hedo’s Gammas show up – arrogant, caped superheroes convinced that the Z Fighters must be defeated – their disruption is irksome. Why can’t any of Earth’s Guardian Force be left alone for five minutes? Piccolo easily survives the first bout, but he’s well aware they’ll continue to be a problem.

Super Hero brings Dragon Ball back to Earth and makes a small story feel much larger by establishing understandable stakes. Red Ribbon kidnaps Pan to orchestrate a bout between Gohan and the Gammas. It’s never in doubt that Pan will be saved, but at what cost? Who’ll die this time? Will she snap like her dad once did, irrevocably shaped by constant loss and disarray?

Dragon Ball creator Akira Toriyama, writer of Super Hero, draws from the school of Studio Ghibli movies in his understanding that it’s not about scale but relativity. The previous trilogy was all about saving civilization; Super Hero’s just two dads protecting their family from harm. 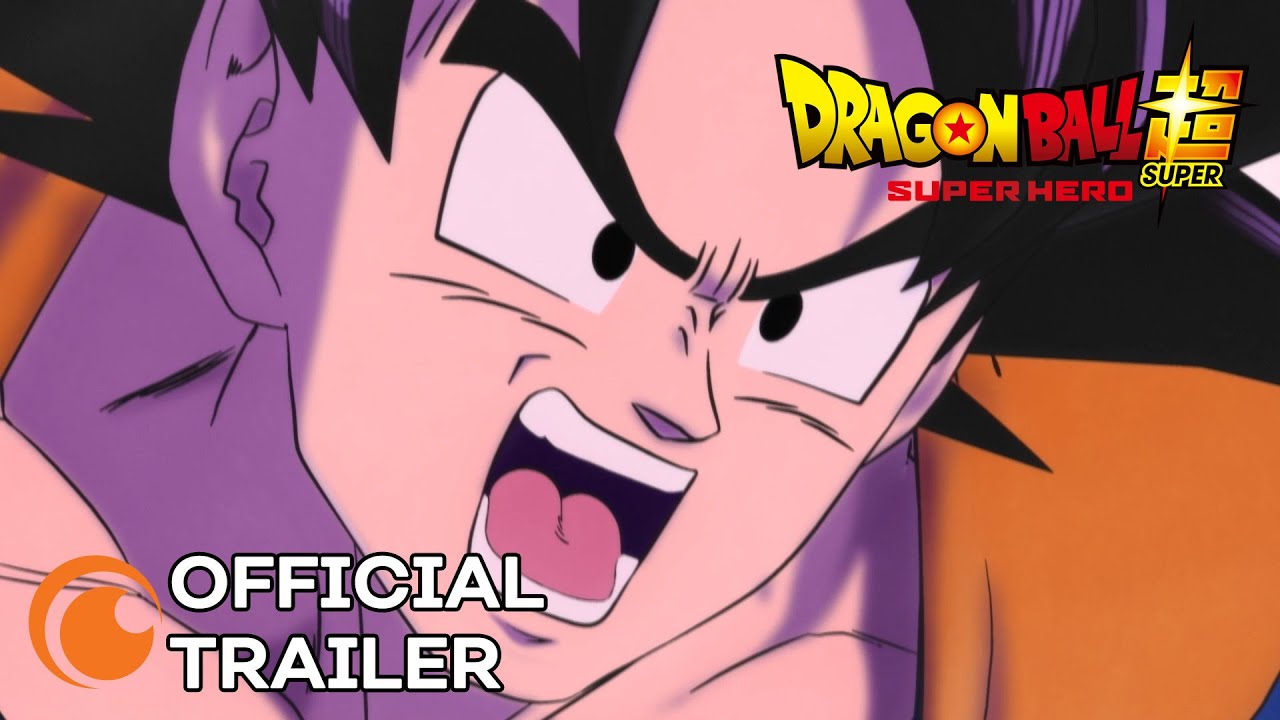 There’s even some reluctance, if only because the usual supermen are off-world. Piccolo comically tries to get a hold of Goku and Vegeta through a video call to no avail, reduced to doing all the recon of Red Ribbon himself. Gohan only comes because of Pan. Toriyama knows his heroes all too well because Vegeta and Goku are too absorbed in wearing each other out to help.

The punches start when it matters, and just like any Dragon Ball feature, once they begin, it’s full throttle. Piccolo and Gohan throw their opponents through cliffs and buildings, comic book-style flairs of ‘Doka’ and so on, appearing for particularly hefty slams. The new CGI aesthetic takes some getting used to, feeling like an elaborate cut-scene from one of the Budokai fighting games at first. Once everyone’s flying and throwing digs, though, the change in animation comes into its own.

Have a look: Where to watch Dragon Ball

Right hooks, kicks, and laser beams have added weight from the third-dimensional, and there’s no less color and vibrancy. Director Tetsuro Kodama makes sure nothing is lost in Dragon Ball Super’s flow and rhythm from switching to another art style. Dragon Ball Super: Super Hero is a great action movie, and it’s exhilarating to see Gohan and Piccolo flex their move set. 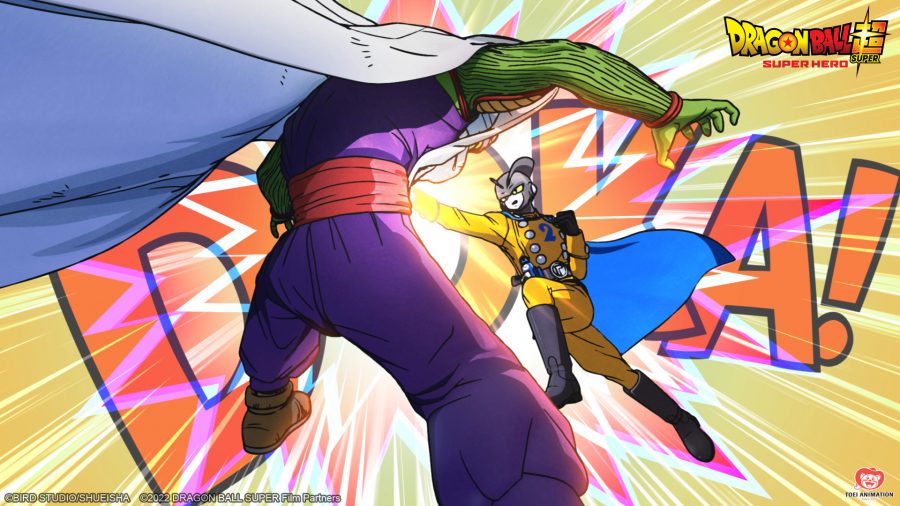 They both get new transformations, complete with custom colours. Shockingly, Gohan’s isn’t Super Saiyan, and you can imagine Akira just shrugging off-screen when you hear them try and name these latest forms. Longtime fans will enjoy a chuckle or two at the candour about the status quo of the Dragon Ball universe that underpins Super Hero, helped all the more by the returning voice cast that includes Kyle Hebert, Chris Sabat, and Sean Schemmel.

Red Ribbon’s whole plan is based on xenophobic beliefs around Goku and rumours about the Cell Games. They’re evil morons, but their outside perspective on the Z Fighters is something that should be explored later. If nothing else, I’d happily watch them explain every saga with their wild conspiratorial notions.

With all of this, it’s disappointing that Super Hero becomes a tad perfunctory in the last half-hour. Viewers who know Dragon Ball can easily predict points of escalation, what maneuvers will be effective, and who’ll still be standing at the end. After all, this might have the energy of a mini-saga, but it’s still a full feature-length installment.

There’s value in that, too, though, and Super Hero’s strength lies in just how much it feels like watching Dragon Ball Z movies from the ’90s. A return to form, old routines made new again thanks to all the invigorating energy from Broly. Only now, it’s not just Goku that’s in the limelight, and he’ll be sharing it a lot more from now if the ending is anything to go by.

Dragon Ball Super: Super Hero will be in theaters on August 19.