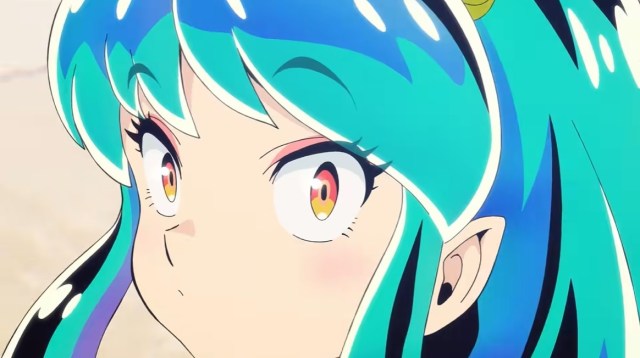 Fans have been waiting more than 20 years for this Rumiko Takahashi comeback, so it’s nice to know we’re getting more than a tiny appetizer to start.

Anime fans both young and old were excited when it was announced that Urusei Yassurathe major debut series and breakout hit of manga master Rumiko Takahashiis getting a new anime TV series.

However, the Japanese animation industry of today is very different than the one in 1981, when the original Urusei Yassura TV anime premiered. In the ’80s, the norm was for anime TV shows to run for at least two cours, as Japan’s 13-week TV seasons are calledor more, in the case of series with large budgets and/or high expectations. Nowadays, though, it’s rare for an anime series to get more than 13 episodes greenlit at a time, and even in the case of those that do well enough with that initial batch to warrant more, there’s usually a long wait before the second season.

But just like Urusei Yatsura Allstars (as the new series is being called) looks to be keeping its 1980s setting, it’ll also be sticking with old school scheduling, as broadcaster Fuji TV has announced that Seasons 1 and 2 will run back to back in its Noitamina block, starting this fall.

Granted, two cours is still a lot less than the 195 episode-run that the original Urusei Yassura anime had from 1981 to 1986, but again, it’s a different world for anime broadcasts now, and a 26-episode sprint right out of the gate is very much the exception, not the rule. It’s an exception fans are very happy about, too, with Japanese Twitter reactions such as:

“This is exactly the news I was waiting for!”
“My hype is maxed out!”
“I am filled with gratitude for this decision.”
“So happy the first course will be back-to-back.”
“Gonna be filling my eyes with this show come fall.”
“And Spy x Family is coming back in the fall too!…I really hope people who enjoyed Inuyasha or Yashahime check Urusei Yatsura out!”

In other developments, the updated character design has been unveiled for randressed in a disarmingly demure outfit.

▼ Ran will be voiced by Kana Hanazawa

Speaking of the cast’s attire, cosplay supply company cospas has also announced that it has two Urusei Yassura Allstars Lum costumes in the works, giving us sneak peeks at the alien princess in her summer and winter uniforms for Tomobiki High School.

Urusei Yassura Allstars is slated for a total of four cours, though there’s no word yet as to when the third will start, or whether cours three and four will also air back-to-back. Fuji TV also hasn’t specified an exact premier date for the series, but we do know for sure that Urusei Yassura Allstars will start in Octoberand with Noitomina being a weekly 12:55 am Friday block, October 14 is a candidate, and it’s also the same day that the original Urusei Yatsure premiered in 1981so if we had to bet, that’s what we’d put our money on.