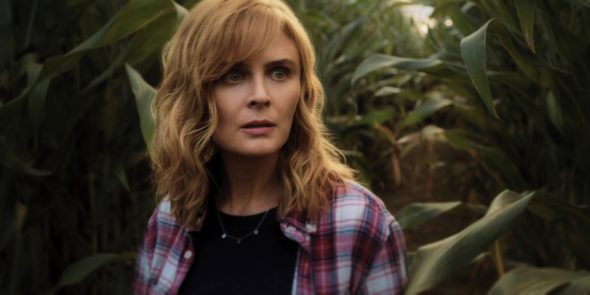 Devil in Ohio is coming soon to Netflix. The streaming service has released photos and announced the premiere date for the new drama starring Emily Deschanel (Bones). The series, based on the novel by Daria Polatin, follows a psychiatrist (Deschanel) who shelters a young girl who has escaped a cult and ends up bringing danger to her own family.

Netflix revealed more about the upcoming series in a press release.

“Every teenager is just longing to fit in: Whether it be adopting the latest fashion trends, memorizing lyrics to the hottest new singles or coolly navigating those angsty adolescent trials that inevitably follow you around high school. And then there are the not-so-average teenagers, like Mae (Madeleine Arthur), who’s, well, running away from a cult in the upcoming limited series Devil in Ohio.

When psychiatrist Suzanne Mathis (Emily Deschanel) shelters a fragile girl named Mae, the only thing on her mind is protecting the cult escapee. With three daughters at home already, it shouldn’t be too difficult to have Mae fit right in. But just as quickly as she settles into her new living arrangement, a series of incidents — seemingly brought on by Mae’s presence — leaves the family in chaos, and Suzanne’s daughter, Jules (Xaria Dotson), begins to suspect that there’s more to the mysterious girl’s suit. As they work to unravel Mae’s story and the sinister happenings in the town she escaped from, the Mathis family must fight for survival against a devil-worshiping cult.

Based on Daria Polatin’s bestselling book of the same name, Devil in Ohio is inspired by a true story. Polatin, who also serves as the showrunner, tells Tudum she was excited to adapt her novel for the screen. “The book was inspired by true events from a story that our executive producer, Rachel Miller, heard, which actually took place in Ohio,” she says. “In the series, we get to lean into Suzanne and her backstory. Why does Suzanne take Mae home? Why is she so drawn to her? And why does she go so far to help her?”

Madeleine Arthur as Mae, a teenage girl brought into the hospital for evaluation after escaping a cult.

In order to bring the suspense alive, Polatin even created her own fictional cult for the show. “Me and my writers’ room studied all of the cults. We tried to learn as much as we could about as many organizations, then we made up our own cult using elements of many different groups,” she shares. “We came up with our whole ideology — and we even wrote some of the Book of Covenants, the cult Bible [in the show].” Also joining Polatin’s thriller are Sam Jaeger, Alisha Newton, Naomi Tan, Gerardo Celasco, Bradley Stryker, Stacey Farber, Tahmoh Penikett, Keenan Tracey and more.

Do you think you’ll be easily swayed into this cult’s indoctrination or escape with Mae?

Check out the photos from Devil in Ohio below. The series arrives on September 2nd. 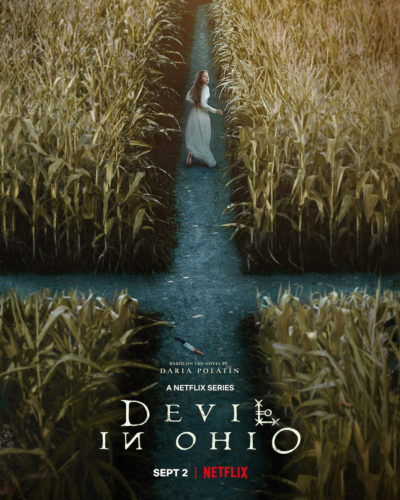 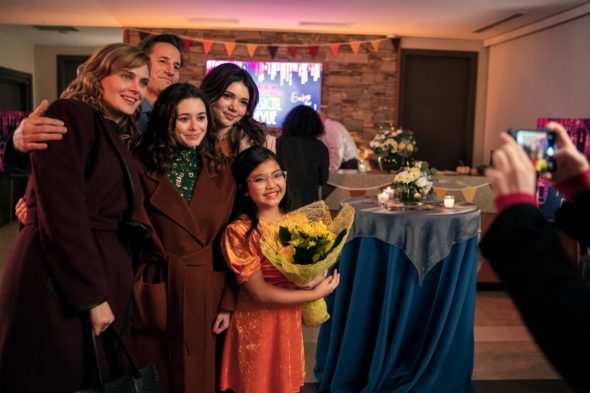 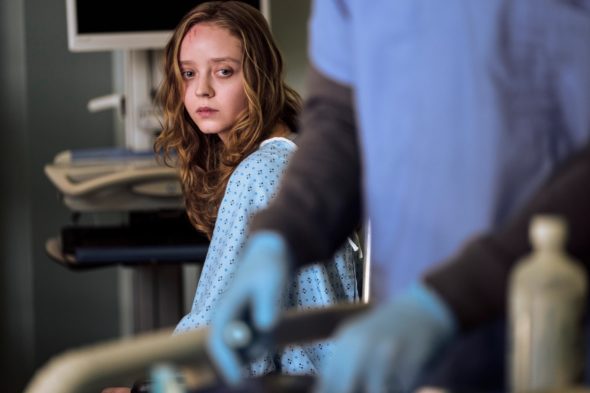 What do you think? Are you planning to check out this series on Netflix next month?