“A talky movie that’s overexplaining is a nightmare for me,” said the woman who also produced “Deadpool 2” and “Atomic Blonde.”

Kelly McCormick’s producing credits include “Deadpool 2,” “Nobody,” and the upcoming “Bullet Train,” but she’s not afraid to play favorites: She said the Charlize Theron-starring “Atomic Blonde” is the project she’s “most proud of. ” For her, the big, bombastic action movie is personal.

She got her start in documentaries (she was the production manager on a 2003 NatGeo series, “Doctors Without Borders”) and later became a production and packaging executive before creating 87North Productions with her husband, director David Leitch. The 2017 “Atomic Blonde” was their first collaboration and it marked former stuntman Leitch’s first solo directing effort (after serving as an uncredited co-director on “John Wick” with friend Chad Stahelski).

McCormick spoke with IndieWire about her action-movie philosophies, getting a “big sandbox” with major studios, the long fight to get stunt performers recognized by the Oscars, and how she hopes to balance the big films with the small ones.

The following interview has been edited and condensed for clarity.

IndieWire: Before you started producing, you had other jobs in the film industry. Was there a moment when the producing bug bit you, and you’re like, “This is what I should be doing, this is what I want to be doing”?

Kelly McCormick: No, not really! I wanted to be a documentarian and then I had some pretty early success, where I was running shows and creating shows when I was way too young. It was all TV docs and they weren’t quite as accurate maybe as they are now. There was this moment of salacious headline-grabbing, and I was a part of some of those.

I got this opportunity to curate a slate for a foreign sales financing company that did some producing. But mostly it was like, “Oh, that’s going to be a good movie. And here’s the packaging.” Or, “What if we added this guy?” I got to do all that stuff that’s like early producing without knowing that I was: find material, develop material, package material, and then just have the instincts to know what to do to get the movie through.

Other working producers who inspire you?

[Brad Pitt’s] Plan B is crushing it. Sometimes I’m like, “Can I be the action version of Plan B?” I think they do a really good job supporting young directors as well as having super-known directors, people of color, women at the helm, telling really, really interesting tales. As far as the branding, I think Jason Blum has done it better than almost anybody. There are people who are like, “You’re the Blumhouse of action.” That would be amazing. 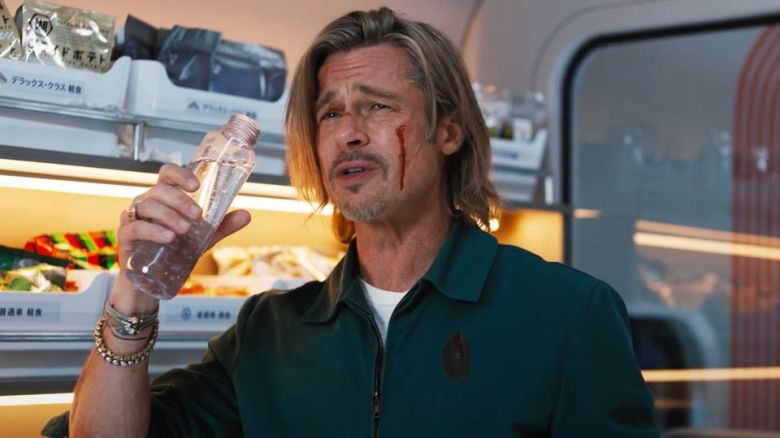 I know you divide duties with David more on the creative side and you more interested in the practical elements. Can you explain how that works?

I probably shouldn’t say I’m arguably too involved creatively sometimes, but he likes my ideas a lot. [Laughs] He knows the trust is already built in there so deeply that I’m only looking out for not only his best interest, but also the best interest of the movie. He’s very egalitarian about that in a cool way, or ego-less, maybe I should say.

I’ll say “I want to direct someday,” but I don’t know if I have the attention span. I like to have the multitasking of a productive life. I also like to strategize bigger-picture, longer planning. If I have to watch the movie for the 50th time, I’m like, “How do you do this every day?” 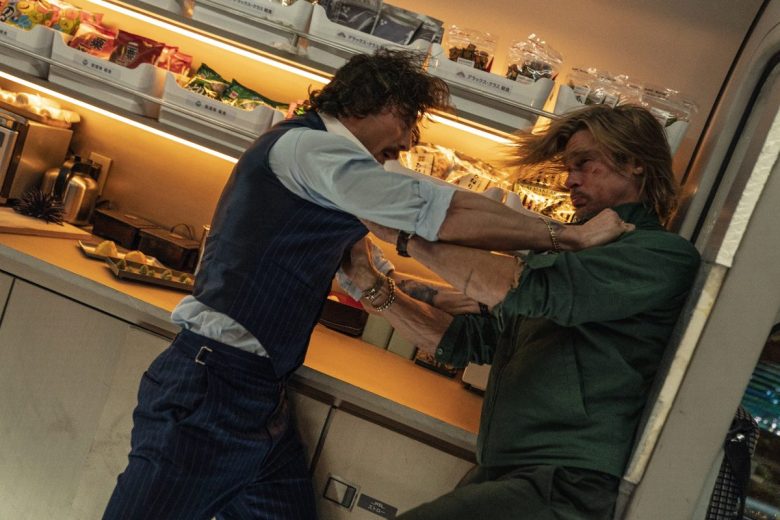 Well, do you want to direct someday?

I mean, there’s a part of me that wants to do part of it, and then I look at the way our lives are structured and I’m like, “If I did that the way that you need to do it, I think we ‘d have to have a lot less going on.” You can never say never.

You and David have carved out a distinct sort of action in your films. What is your philosophy?

I look at action like melodrama; David looks at it as character. He’s the one who taught me that physicality is another expression, and in an action film, it is part of the arc. “Atomic Blonde” is a really good example of how action can go through the arc of the character. It’s super-fun at the beginning, it’s super-scary at the end. There’s some other stuff in between that shows you where she’s at at any given time, and she’s using different strokes, and he is shooting it differently. That’s genius. And it is, to me, melodrama. It’s like the highs are higher, the lows are lower. You can identify the feels through that physicality.

A talky movie that’s over-explaining is a nightmare for me. You’re not using the art form the way it should be used. That physical expression allows you another tool to be able to go on a journey with the character.

You and David have been outspoken about the need for the Academy of Motion Picture Arts and Sciences to add a category at the Oscars recognizing stunt performers. Have you heard anything new about the possibility, considering the influx of new leadership at AMPAS?

Look, it’s embarrassing that they’re not noticed. By the way, I think casting also [needs to be recognized]. Between casting and stunts, you put two amazing departments with amazing talent that make a huge difference in the movie on the side.

With regards to stunts, I truly think The Academy needs a little commercial [filmmaking] in their acknowledgements, because I think that’s what the majority of people going to the movies are seeing and connecting with. “Commercial” isn’t a dirty word, and there’s some great stuff happening, that they are missing out on by not supporting certainly stunts, and I would argue casting, as well. There’s a guy, Jack Gill, who’s been holding the torch for a long time. He’s got enough people recognized as stunt performers in The Academy that we are finally now to the point where it can become a category. But it’s all this other politics that goes into that next step. So we’re putting our push into it. He’s asked us to. We are fighting for it. I think we have the support from the talent, whether it be directors or actors, as well. It’s just a matter of following all of the next steps, but I hope it’s imminent. 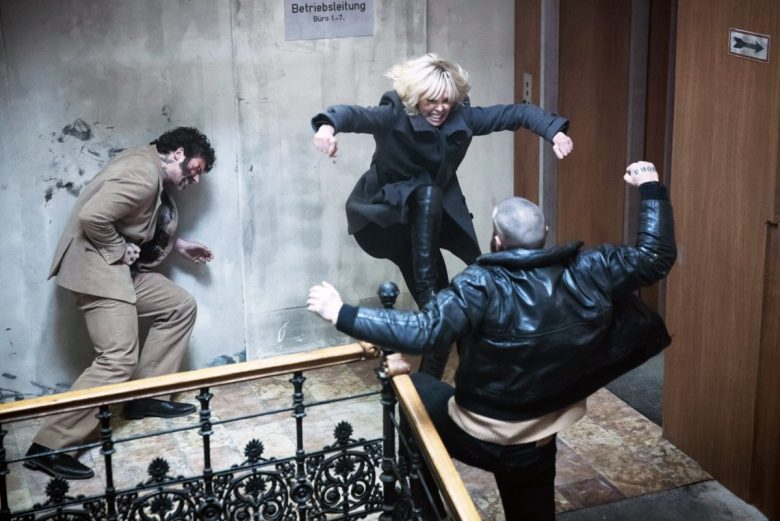 You and David have worked with a variety of studios before, including Sony and Universal, but you’ve also produced for Netflix. What’s the difference?

I think I have a different experience in the theatrical space than a lot of people. We get long leashes, we get big sandboxes, and people trust us a lot at Universal, at Sony, at Paramount, to the point where I have to call them to report. On our really, really big movies, as well as on our little ones. I don’t know why; they just have decided that we’re better alone.

With Netflix, there was a lot more oversight with the movies I made there. “Kate” was the movie that I manufactured with Netflix, but there was a lot more oversight there, a lot of detailed question-asking, like really deep in the weeds on the script, on the moments, watching the dailies, like really, really involved. I don’t know if it was the executive that was on that, or if that’s how Netflix goes, because it’s my only experience. It was also a positive experience. It was just very different than what I had had before.

We’re trying to do a lot of little movies, too, with Universal and otherwise. We are in post-production on this film called “Violent Night” that we made in the fall. It’s David Harbor playing Santa Claus and he’s lost his Christmas spirit, and he’s getting his Christmas mojo back by beating up the naughty list. There’s a ton of heart. It’s so fun. So that’ll come out in December at Universal and theatrically, which is really exciting.

The goal is to do two or three little ones while we’re doing the big ones. There’s a “Nobody 2” in the works. There may or may not be a “Violent Night 2.” I’d like to punch in an original in that scenario, too. We’re looking to make noise.