I Am Big! The cutest Guardian of the Galaxy (no Drax, I don’t mean you) just got his own 5-episode Disney+ series of original shorts that trace his journey between being the freshly sprouted Baby Groot after the bittersweet end of GOTG Vol 1 to the moody, teenage Groot we see in GOTG Vol 2. The shorts are written and directed by Kirsten Lepore, with music by Daniele Luppi. The executive producers include Brad Winderbaum, Kevin Feige, Louis D’Esposito, Victoria Alonso, James Gunn and Lepore. And Baby Groot is voiced by Vin Diesel, with a couple of sweet cameos.

I could begin and end this review with just one sentence: I am Groot. And would I even be wrong? Absolutely not. (I know Rocket and Thor would get me) And there’s lots to gush about his streaming debut in a lingo that is not flora colossi. For starters, the sheer symmetry of these being perfectly snackable, three-minute episodes for a creature whose identity is three words: I Am Groot! To me, it would be a real challenge to both tell a whole story with a character that has a limited vocabulary and not go overboard with indulging his adorableness and all the adventures that he could have. Not to mention, evoke the familiarity of the franchise that he belongs to.

I Am Groot balances it all sufficiently. Each episode has a fun adventure in store for Groot; from taking his first steps and interacting with some equally fascinating alien species to wreaking havoc on the Ravager ship he calls home. It’s a vivid setting, basically a planet full of wonderful things. And I like the anecdotes that have been chosen to highlight Baby Groot’s personality, which at the stage he is on, is full of carefree childlike wonder, some self-discovery, and oodles of harmless mischief. The mischief, especially, is what keeps you entertaining because Baby Groot also has quite the temper (which gets worse in his teen years, as we know), and it’s rather funny to watch. I think a personal favorite is the one where he discovers an almost magical mud bath that can give his leaves a growth spurt, and we see the cute AF tree creature model different looks for us. 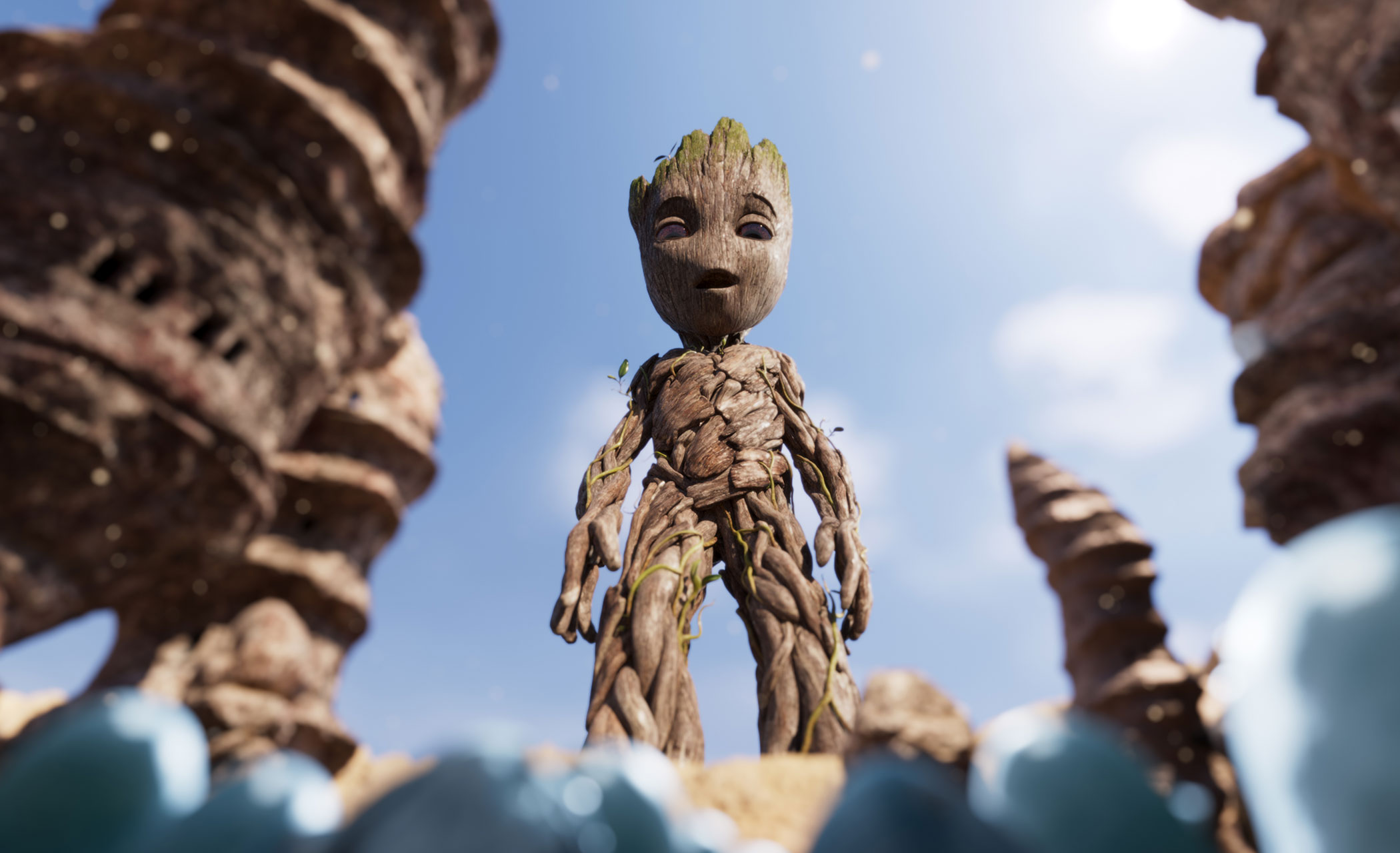 Vin Diesel as Baby Groot continues to uphold the character’s appeal, merely by acing the tonality of the three words that are part of Groot’s vocabulary. There’s also plenty to evoke our nostalgia for James Gunn’s Guardians Of The Galaxy, apart from the cameos. There’s the ship where Groot discovers himself, how he is different from, say a regular tree, and his found family, the Guardians. The fifth episode, ‘Magnum Opus’ is such a funny but sweet one in that it highlights its bond with the Guardians.

I absolutely loved the music choices for the episodes as well, playing well into the 60s-70s music that is the Peter Quill aka Star-Lord vibe. In fact, we even have another quintessential Guardians element in Episode 3 ‘Groot’s Pursuit’, where he meets a shape-shifting alien called Iwua in the middle of the night. 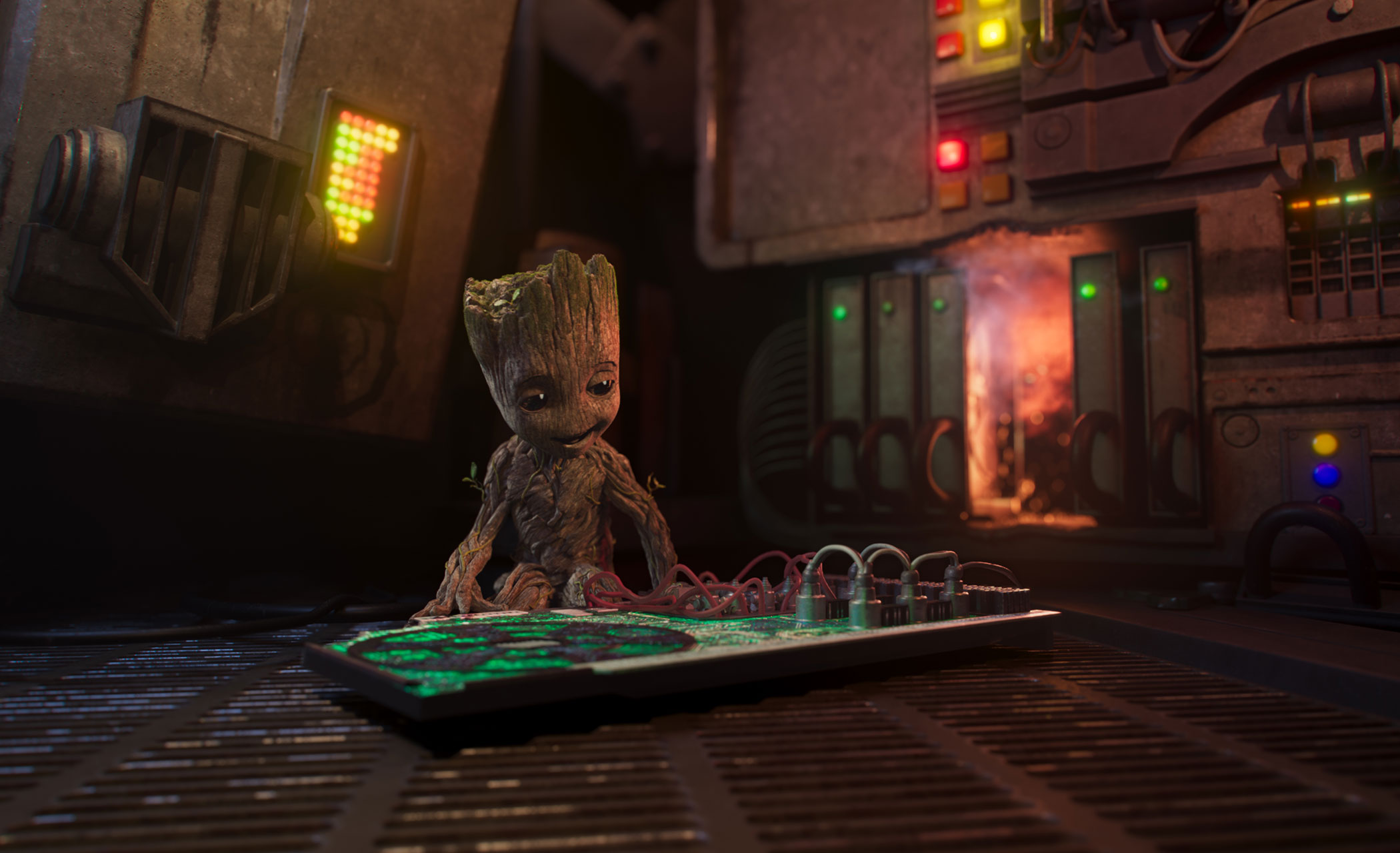 I Am Groot is a perfectly-sized series of animated shorts that knows exactly what it wants to serve as an offshoot of a beloved franchise. Which is more of what made its daddy beloved. And it serves it well. The series makes you cackle, reminds you Groot is one of the cutest things to come out of the MCU, and entertains you without overstretching or making you hyper anxious about looking for easter eggs or its place in the grand scheme of the MCU phases. It’s like a return to the childlike wonder of cartoons from your childhood. And I like that!

However, you do wonder what, if any, was the purpose for the series. Was it meant just to tap in the Baby Groot-sized demographic? Some comic relief? It’s a little unclear. The Minions have made a whole movie franchise out of these very things—cuteness and laughable antics—but I am having that existential crisis about the purpose of its existence on its behalf here.

Nevertheless, I had fun in the moment. And that does count for something.

I Am Groot is currently streaming on Disney+ Hotstar. On-Screen Portrayals Of Siblings That Were Real AF Is Waleed From ‘Ms. Marvel’s Actually Dead? Farhan Akhtar Teases Us With A Happy Possibility!