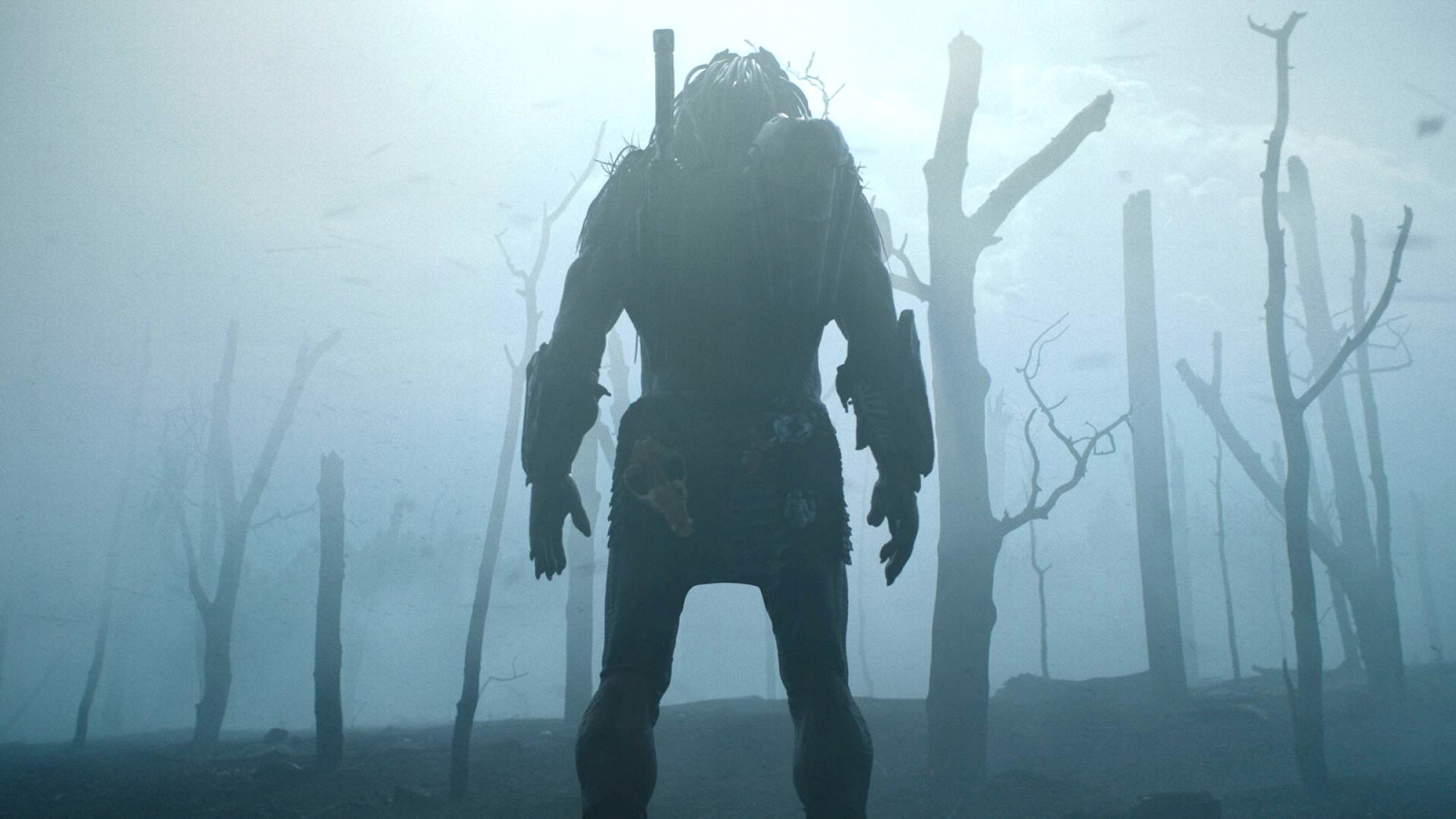 prey has raised the bar for the Predator, but can it unseat Arnold Schwarzenegger’s quotable 1987 classic as the franchise’s all-time best?

It’s not often that we get a chance to rave about a Hulu original movie. For that matter, decent Predator movies are few and far between. Suffice to say, expectations were understandably low heading into preyin Aug. 5 release date.

Then came the early reviews that were surprisingly positive. In fact, they were glowing. Still, the home audience was skeptical yet cautiously optimistic. When the fateful premiere arrived, it more than lived up to the hype. Fans and critics alike celebrated not just a return to form for the weary franchise, but perhaps the franchise’s best film yet.

Movies don’t get much worse than the second RRP movie, at least according to critics. Audiences were a bit more forgiving of the pure disaster that has been disowned by both franchises. It’s hard to pinpoint exactly where the movie went wrong. My guess is that it happened somewhere around the time Fox gave the development a green light.

Besides the horrendous plot, the cheap and ineffective jump scares, and the dismal special effects, the biggest complaint is that the film is simply too dark. We’re not talking tonally and thematically dark. Literally, the lighting is so dim that movie audiences could not see what was happening on screen in many instances. All things considered, the world may have benefited if all of AVP: Requiem had been too dark to see.

for 14 years, alien and predator fans imagined what a full-scale battle between the two franchises could be. Predating the MCU’s shared universe concept by almost two decades, Predator 2 teased sci-fi fans with a xenomorph skull onboard the Predator ship. Then we waited for that amazing crossover we’d dreamed of. Sure, there were comics and video games, but seeing it happen on the big screen was the goal.

After a long wait, fans worldwide were colossally disappointed. Just rewatching the trailer makes me wonder if The SimpsonsLionel Hutz was in charge of this production. “Don’t worry, Fox executives. I watched Alien: Resurrection in a bar last night. The sound wasn’t on, but I think I got the yeast of it.”

prey has millions of Predator fans eating their words, but that initial trepidation was well earned. Shane Black came to the franchise in 2018, taking over both writing and directing for what is generally considered the worst installment in the solo franchise. Only in a saga with movies so bad as the RRPs could The Predator actually not rank last.

What made this movie so atrocious? Maybe it was the terrible, cliché riddled plot. Maybe it was that the acting was even worse than the story. Maybe it was the stereotypical, paint-by-numbers characters, complete with an unrealistic portrayal of autism. Perhaps it was the bigger CGI Predator who looked like a villain from The Real Ghostbusters. Actually, all of the above are acceptable answers here.

Sci-fi directors really have no hope for humanity, do they? Here is another movie set in the distant future of…1997. Taking a page from Robocop‘s vision of Detroit, the filmmakers picture ’97 Los Angeles as an absolute Hell on Earth. What do you do when a city on the verge of anarchy needs to be brought to heel? Call in Danny Glover (because I’m assuming Arnold was busy). This time, he wasn’t gettin’ too old for this shit, as you can see by his lack of mustache.

This is one instance where I have to agree with the audience. Critics put it on par with The Predator, but viewers were a bit more lenient. By no means is this a great movie, but it is highly entertaining with jokes and one-liners so cringey they’re ironically funny. Hardly any of the plot made sense, but Predator 2 did succeed in creating a memorable Predator, dubbed the City Hunter. On the contrary, The Predator gave us two Predators and a friendly Predadog that I wish I could forget, so that gave Predator 2 a slight leg up.

I will argue that had the ending to predators been better, this would have been an all-around good movie. Despite its best efforts to one-up the original’s hilarious toxically masculine stereotypes, predators fell shorts of the ’87 classic. Still, it was a fitting tribute to predator that saw the franchise shift gears and move off Earth and onto an alien world. Oscar winner Adrien Brody packed on the muscle for his first action role, and he adopted a gravely Batman voice to make the character seem even more manly. Far from his best work, Brody did a serviceable job, though we’re still waiting for him to get back to Earth.

The most surprising aspect of this film is its solid supporting cast. Years before Mahershala Ali became an Academy Award-winning performer, he played Mombasa in predators. There’s also Laurence Fishburne, who completely steals the show as the lone survivor of a previous hunt. Don’t forget great character actors Walton Goggins and Danny Trejo. Still trying to shake off That 70s Show and Spider Man 3Topher Grace played a psychotic, serial-killing doctor shoehorned into the screenplay, which proved to be the plot’s undoing.

Get to da choppa because the inconceivable has happened; Arnold’s masterpiece has officially been knocked off its pedestal.

Critics may have their clear favorite in the Predator franchise, but audiences still rank the Schwarzenegger classic as the all-time champion. while prey scored 92 percent with critics (spoiler!), the viewer rating was a more modest 81 percent. Those percentages are basically reversed for the 1987 original, and the testosterone fueled sci-fi/action thriller has a fan reaction of 87 percent, putting it ahead of prey. However, when we average the critical and audience scores, predator comes in seconds.

What makes this movie so great? Besides being prime 1980s sci-fi action, this was peak Arnold. Sure, much of his dialogue was borderline incomprehensible, but it has made for some of the greatest quotes in all of modern cinema. One of the unsung heroes that made this a classic is Carl Weathers, who was at his best in this film.

In the end, not even Arnold could match the real star of the movie, the Predator himself. Played by the towering seven-foot-tall Kevin Michael Hall, the effects and costume department created a monster that has stood the test of time. The use of practical effects to make one of the most famous and enduring costumes ever filmed is the stuff of legend. Even by modern standards, the Predator suit paired with Hall’s expressive physical acting combined to create timeless movie magic.

Do you know who we can partially thank for that amazing Predator? Jean-Claude Van Damme. He was originally cast as the alien, and his suit was something from an Ed Wood movie. After he left the production, the filmmakers agreed it was time to call an audible, which led to the creation of an iconic movie monster.

think of prey ash Last of the Mohicans meets predator, an unlikely pairing notification together in the best possible ways. From the opening credits, it’s clear prey is not your average Predator movie. Avoiding many of the tired tropes from the previous entries while embracing the brutality of the franchise, this is a much more artistic film than we’ve seen from a Predator movie. It’s the film’s setting that establishes the tone. In an age of over-reliance on green screens, filming prey on location in the lush forests of Calgary, Alberta, Canada provided a refreshing and beautiful backdrop that no CGI can match.

For all its artistry, beauty, and rejection of stereotypes, prey took inspiration in exactly the right place. Like the ’87 original, the movie’s real star was its monster. Similar to the entire film, this Predator was the embodiment of 35 years’ worth of tradition only leveled up for the modern age. In many ways, it seemed inspired by The Lord of the Rings‘ Uruk Hai, and his screen presence is perfect.