Now that’s a beach Holliday, Miss Grainger! Actress enjoys some down time before returning to screens in new season of The Capture

By Eleanor Sharples TV & Radio Correspondent For The Daily Mail

She will reprise her role as DCI Rachel Carey in The Capture later this month.

But Holliday Grainger enjoyed some downtime before returning to TV screens for the second series of the BBC1 thriller.

The actress, 34, was spotted enjoying a dip in the water during a recent beach trip to Devon. 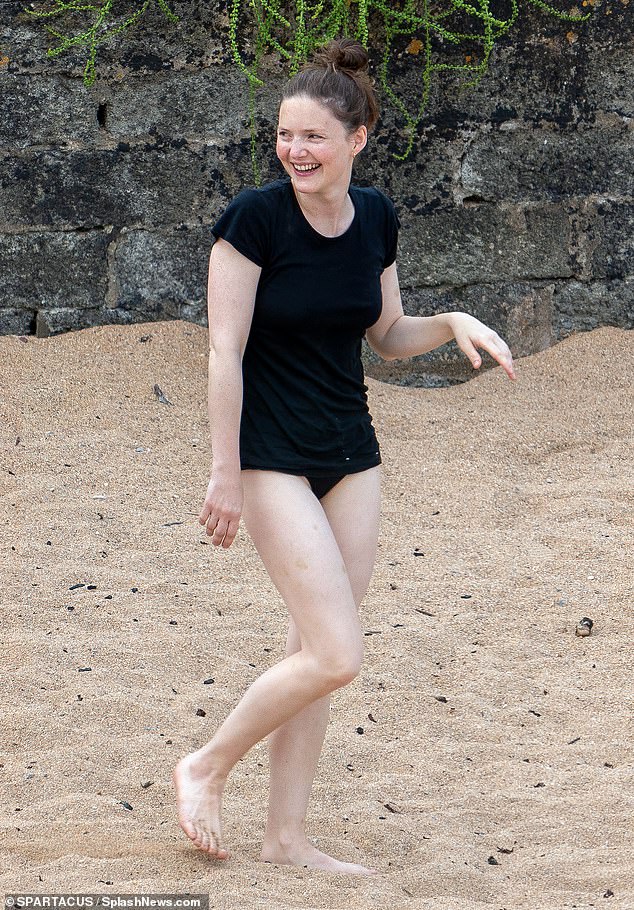 Fun in the sun: Holliday Grainger, 34, can be seen walking across the beach in Devon before she returns to TV screens

She could be seen wading into the sea in a black T-shirt which she wore over a swimsuit.

Later this month Miss Grainger will return for the second installment of The Capture.

According to the BBC, she ‘finds herself in the middle of a new conspiracy – with a new target’.

Low-key look: Grainger was wearing a black T-shirt over her swimsuit as she paddled in the sea on her beach trip

The new six-part season of The Capture six-part drama, which was written and directed by Bafta Award-winning filmmaker Ben Chanan, follows the success of the first series which aired in 2019.

It told the story of soldier Shaun Emery, played by Callum Turner, who was released from prison following a conviction for a murder in Afghanistan being overturned due to flawed video evidence. 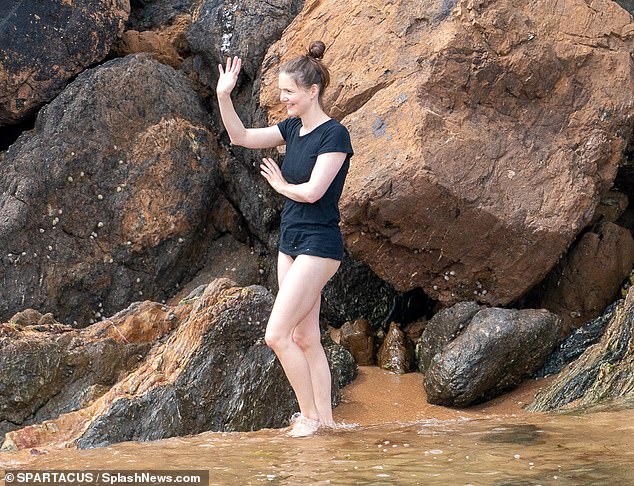 Ahoy there! Miss Grainger was seen waving at friends as she paddled in the sea 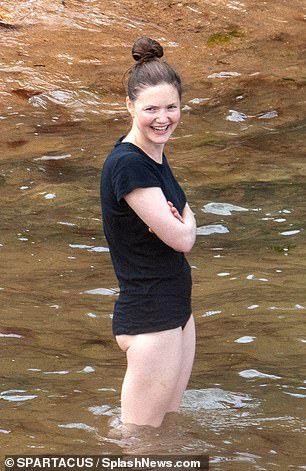 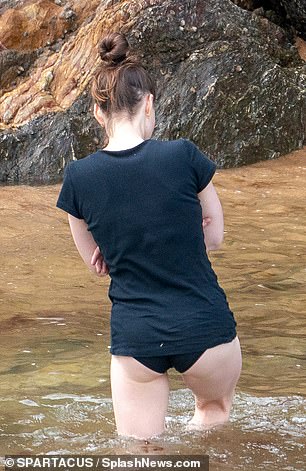 Natural beauty: Miss Grainger showed off her natural beauty as she went makeup-free for the casual beach outing

He was then falsely accused again and the video evidence wasn’t quite as it seemed.

In 2020, The Mail on Sunday revealed that work on the second series of her hit drama The Capture had been put on hold due to her pregnancy.

The actress welcomed twins with her actor boyfriend Harry Treadaway, 37, last year. Harry is also a twin himself with actor brother Luke.

The star of TV hits Strike and The Capture once said that ‘the thought of being recognized in the street is petrifying’ and she and Harry stay out of the limelight. 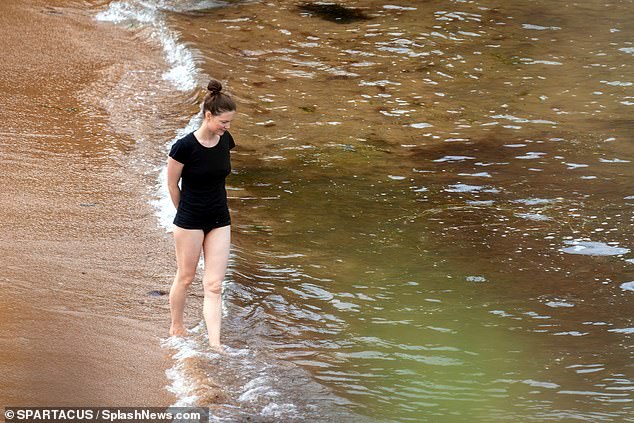 Taking it easy: Miss Grainger seemed in good spirits as she enjoyed a relaxing stroll 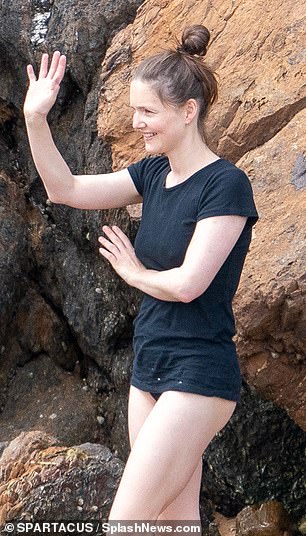 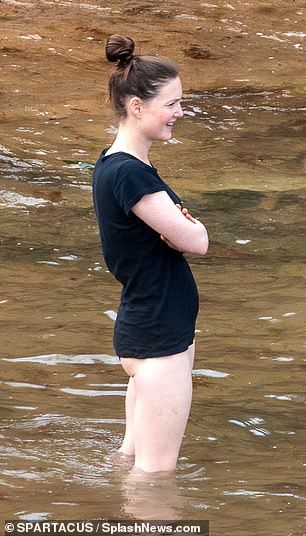 Casual outing: The actress was enjoying some downtime after filming the second season of her hit BBC drama The Capture

They don’t use social media, rarely speak about their six-year-long relationship and have not released any details about their twins, who are believed to have been born last spring.

Miss Grainger has recently finished filming Troubled Blood – the latest series of the returning TV drama based on the Strike book franchise.

The Capture series two will air on BBC1 later this month. 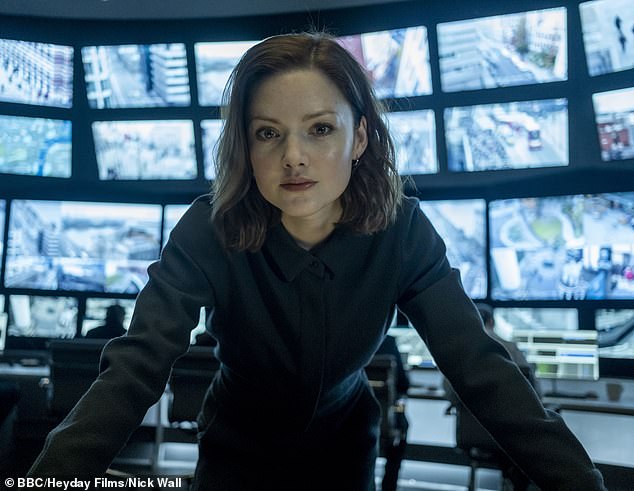 One to watch: The Capture is a BBC1 thriller and Grainger will reprise her role as DCI Rachel Carey (above) in the second installment 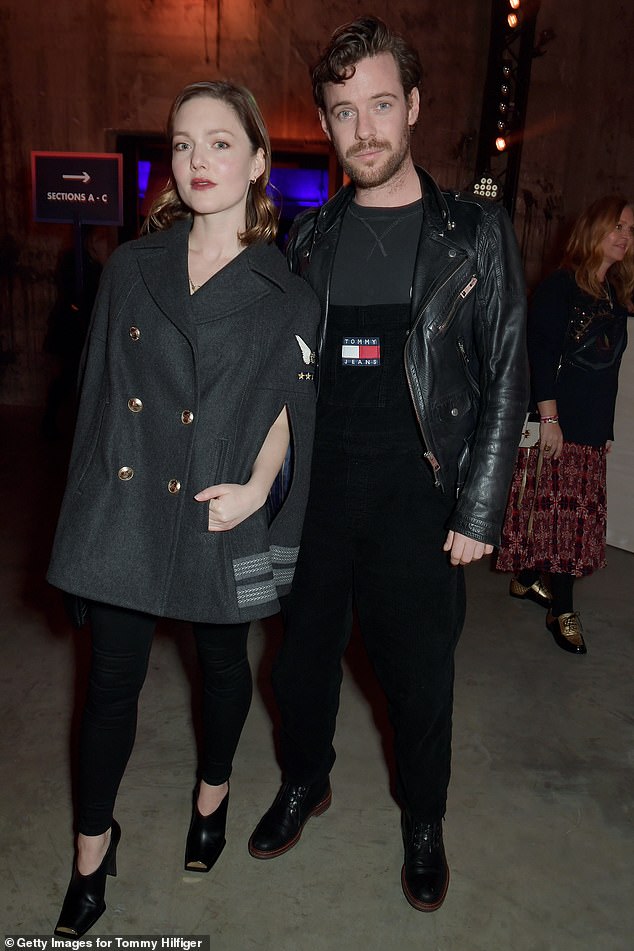 Cute couple: The actress welcomed twins with her actor boyfriend Harry Treadaway, 37, last year (pictured in 2020) Harry is also a twin himself with actor brother Luke