The third and final season of Locke & Key is now available on Netflix and fans wonder how the Locke family story will wrap up. When Nina Locke and her children Kinsey, Tyler and Bode move into a beautiful old home, they discover magical keys that at first seem like a fun addition to their lives. The siblings quickly learn that there is powerful evil here too, which sets them on an incredible and entertaining journey.

After binge-watching season 3, fans can check out other shows that will remind them of Locke & Keywhether they are also about magic or tell stories about siblings who care about each other.

With 15 seasons, supernatural is one of the best bingeworthy TV shows, and following brothers Sam and Dean Winchester as they deal with magic and solve problems is a wild ride. As the name of the series suggests, the characters come across demons and other creatures, which adds some danger to the mix.

both supernatural and Locke & Key are about siblings who can access a part of the world that not many others can and they are constantly facing threats to their happiness and even their lives.

A show about siblings and also the family that people can create, Stranger Things has so many elements that make Locke & Key a fun ride: smart characters, out of this world storylines, and villains who threaten everything that the residents of Hawkins, Indiana hold dear.

While the characters become so close when fighting the Demogorgon and Vecna ​​that some of them could be like siblings, especially Dustin Henderson and Steve Harrington, it’s nice seeing Will and Jonathan Wheeler connect in some emotional scenes.

With just one season, the Netflix series The Society thinks about a world where teenagers are left alone and all of the adults are gone. While the Locke siblings do have a devoted and loving mom in Nina Locke, they do sometimes act like they have to fight the evil Dodge and the other villains on their own.

The best young adult series feature characters who don’t know who they can trust, which is true of siblings Allie and Cassandra Pressman in The Societywho try to lead their peers but who encounter obstacles as some others don’t want peace. Locke & Key also sees the siblings wondering who is good and who is after them.

The Haunting Of Bly Manor (2020)Stream on Netflix 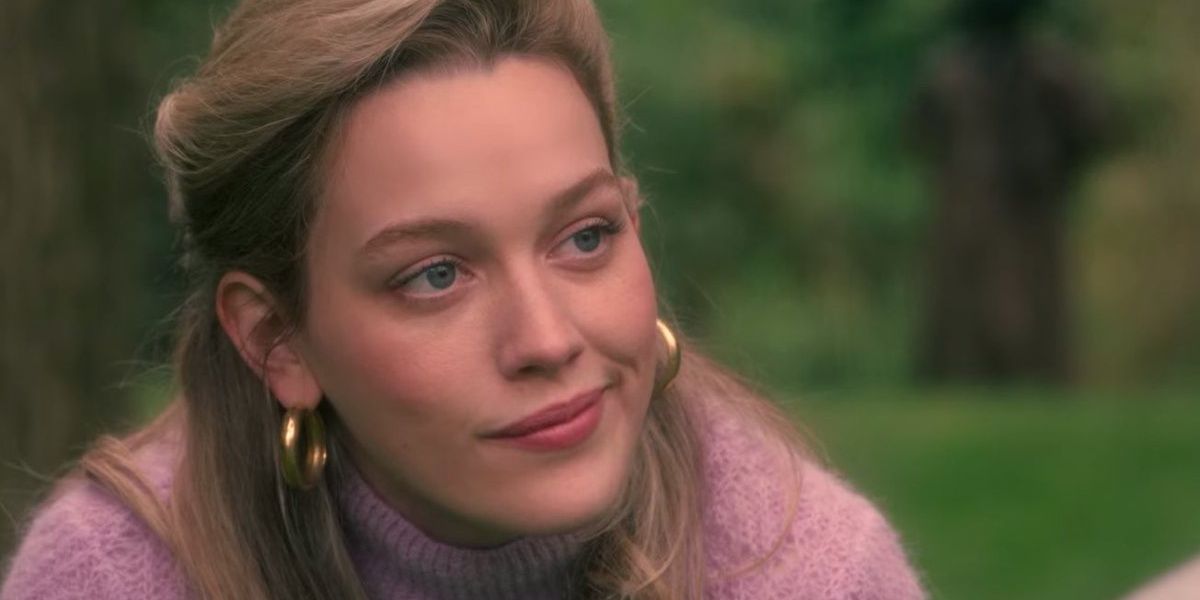 The Haunting of Bly Manor has just one season that is chilling and also features characters living in a haunted house. In this case, there are no keys with magical powers, but there are definitely some terrible ghosts and a lot of secrets.

The Haunting of Bly Manor has sad moments, and so does Locke & Key. Both shows are about characters who have lost loved ones who were close to them. It’s heartbreaking seeing the Locke kids mourn their father, who knew a lot more about magic than he ever let on.

Nick Burkhardt is the intelligent detective at the heart of Grimm who learns that he is a guardian who can see creatures and demons who aren’t human and who can protect the world from them.

Like the Locke siblings, Nick is equally fascinated and frustrated by his gifts. Sometimes Nick just wants to be a regular person, especially since his place in the world can sometimes affect his relationships. while Grimm focuses on adults and not teenagers like Locke & Keyit’s still a good series to binge about good people fighting evil.

Fans of the magical universe of Locke & Key will enjoy all 7 seasons of Once Upon A Time. At the beginning of the show, Emma Swan and her child Henry Mills discover Storybrooke, a Maine town where fairytale characters live.

All the favorite characters are here, from Hook to Belle to the Evil Queen from snowwhite, and the show is a fun escape where anything can happen. It’s interesting to imagine this town actually existing, which makes the show wish fulfillment for many fans of these magical characters.

The best episodes of RL Stine’s The Haunting Hour are both sweet and creepy. While the show is aimed at a child or pre-teen audience, the storylines are still fairly eerie and alarming, like when Lilly has a doll that looks just like her and seems to be evil. Other entertaining plotlines include a family hiking in a forest, a child living in a haunted Victorian-style home, and a boy’s robot taking over his life.

both The Haunting Hour and Locke & Key are charming, family friendly series that parents can watch with their kids and that siblings of various ages would find fun.

The Netflix adaptation of Neil Gaiman’s beloved comic The Sandman is impressive, focusing on the king of dreams named Morpheus who leaves the place where he has been for over 100 years. The concept of dreaming is a fascinating one for a TV series and the creativity and depth of the comic is present in the series, too.

The 10-episode first season is fun for fans but also for newcomers, and it will appeal to viewers of Locke & Key who want a fantasy show that also tells a story about a magical world.

There are many great Netflix teen shows, including Greenhouse Academy, which has four seasons. Just like the house in Locke & Key is magical, the school that is the main location here has some interesting secrets. The series is also about siblings who look out for each other.

Hayley and Alex Woods are dealing with a family tragedy and they start going to a new school that is supposed to attract intelligent, determined kids who are going to be successful. The characters find out that something is sinister here, making this a fast-paced series that is bingeworthy.

With three seasons so far, Netflix’s Umbrella Academy is adapted from the comic series by Gerard Way of My Chemical Romance and focuses on young superheroes who are siblings because their parents all had them at the exact same time.

While the Locke siblings aren’t superheroes, they’re able to access the magic of the keys that they find at their new house in season 1, and over the next two seasons, these objects change their lives in unimaginable ways. Both shows have well-crafted characters and great pacing.

NEXT: The 10 Best TV Shows To Watch On Netflix This Month