The new Diane Keaton lead comedy Mack & Rita recently released in theaters, treating audiences to a story where a young woman suddenly finds herself magically transformed into her older self.

But it’s far from the first movie to partake in such a premise, and any fan of Mack & Rita won’t have trouble finding similar films to watch, from age-swapping films to hilarious adventures involving the elderly. Certified classics and other recent Diane Keaton comedies also make up just some of the many films available to stream for Mack & Rita lovers. 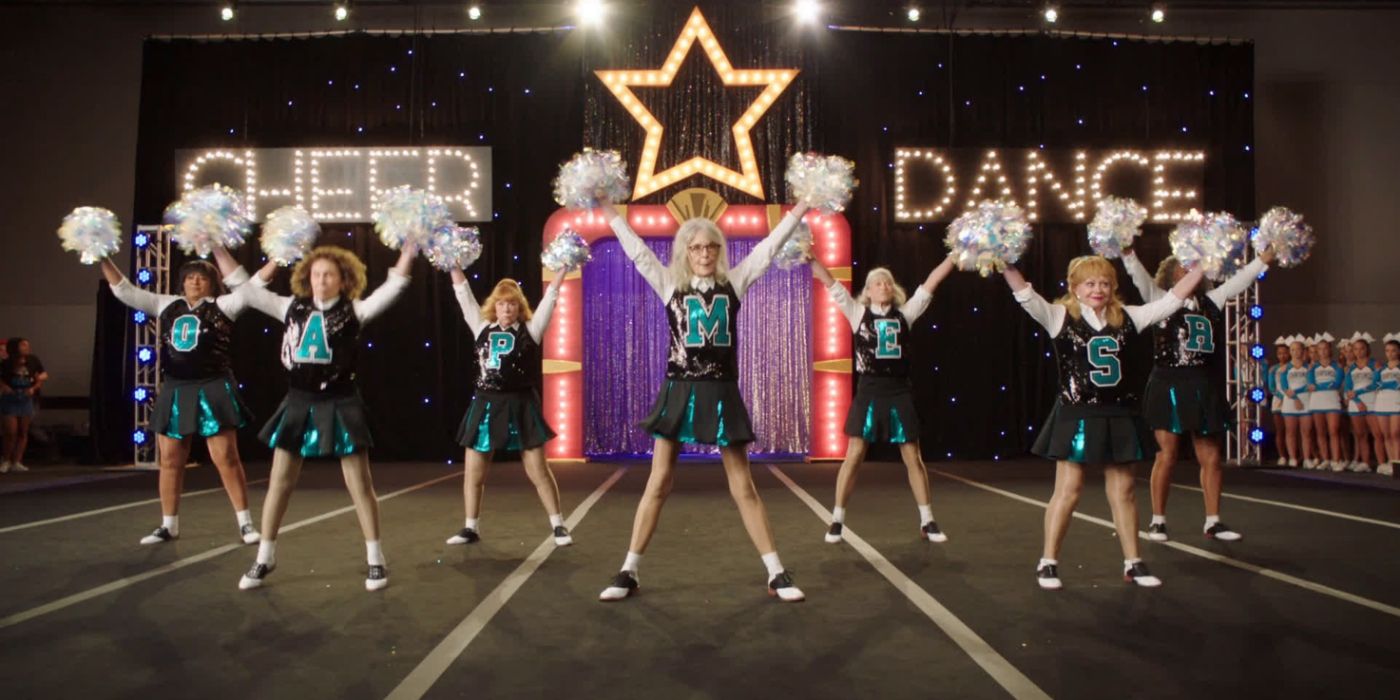 Mack & Rita wasn’t the first comedy film starring Diane Keaton to highlight how aging doesn’t have to be the end of living, as she recently starred in the 2019 film poms. In the film, Keaton’s character, a former cheerleader named Martha, now suffering from cancer, starts up a cheerleading club at her retirement community and attempts to help lead her fellow seniors to success at a cheerleading competition.

Keaton was joined by a stellar cast in the film, including names such as Pam Grier and Rhea Perlman. The film’s mixture of fun comedy and touching drama makes it a unique showcase of emotions, and like Mack & Ritahighlights how aging can bring unexpected new adventures to life.

Available To Stream On Disney+ 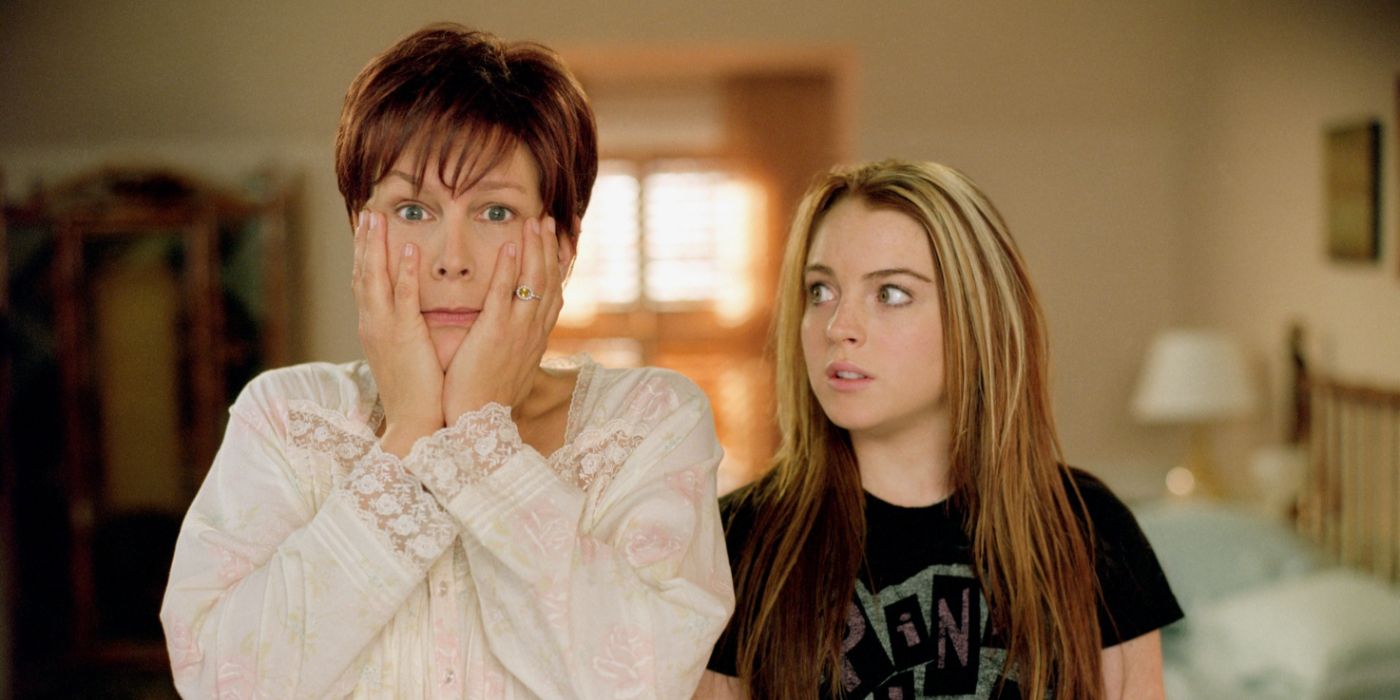 Starring Lindsay Lohan and Jamie Lee Curtis, this Disney movie based on a book was actually the company’s third crack at adapting the story of Freaky Friday. Like Mack & Ritathe film treats audiences to a fun and unpredictable adventure where characters are faced with an unexpected age-swap, as therapist mother Tess and rocker daughter Anna find themselves having switched bodies after a magical occurrence.

Lohan and Curtis received rave reviews for their performances as polar-opposite characters, both receiving nominations from major award ceremonies. Notably, Curtis has to portray the attitude of the teenage Lohan to some fun and absurd lengths, something very similar to what Keaton had to do with her teenage incarnation in Mack & Rita.

Available To Buy On Apple TV 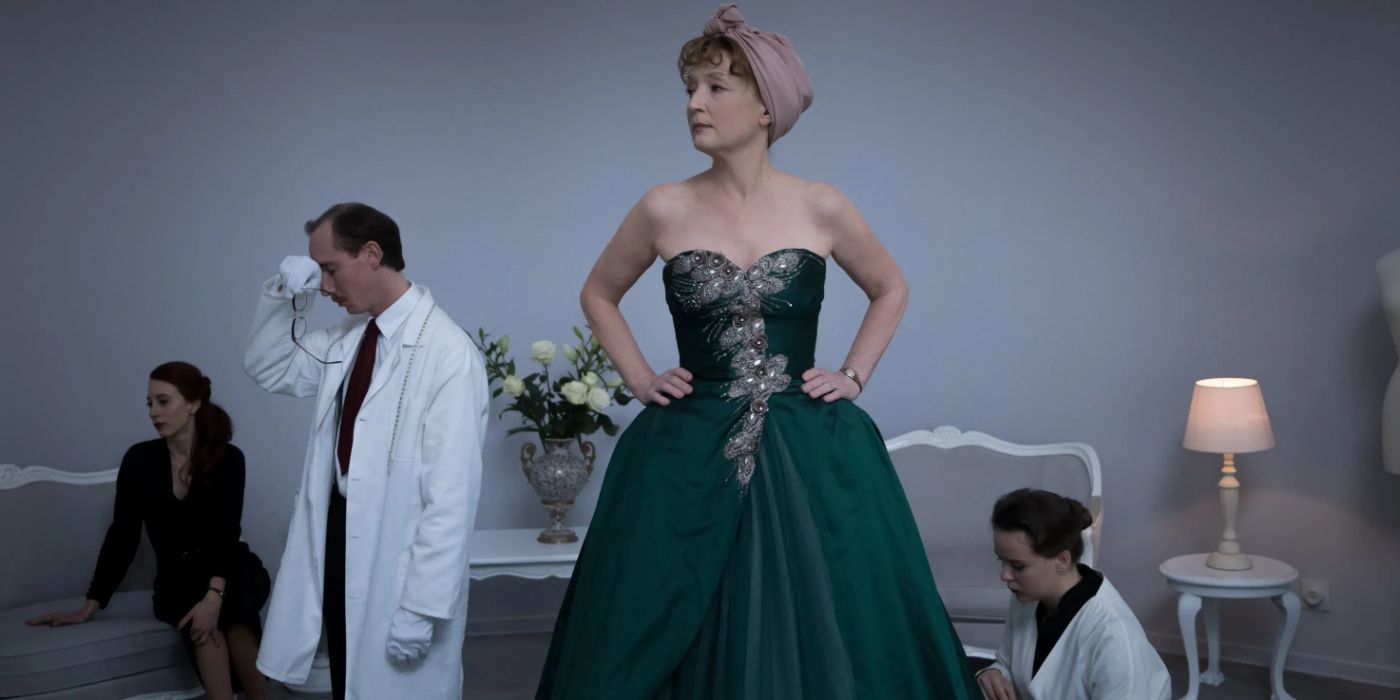 Another summer 2022 release featuring an older star with a story exploring the effects of aging and what it means to one’s life, mrs. Harris Goes to Paris became both a critical and commercial success, with many praising it for its charm and humor.

Related: 10 Movies To Watch If You Liked Harris Goes To Paris

Lesley Manville plays the titular Harris, a cleaning lady who after saving up enough money, embarks on a trip to Paris in order to buy a genuine haute couture Dior dress. During her stay in the country, she affects the lives of all those around her, while also learning some things about herself. Similar to Mack & Ritathe film explores how the elderly still long for and find love, and what challenges that love brings about.

Available To Stream On Peacock Premium 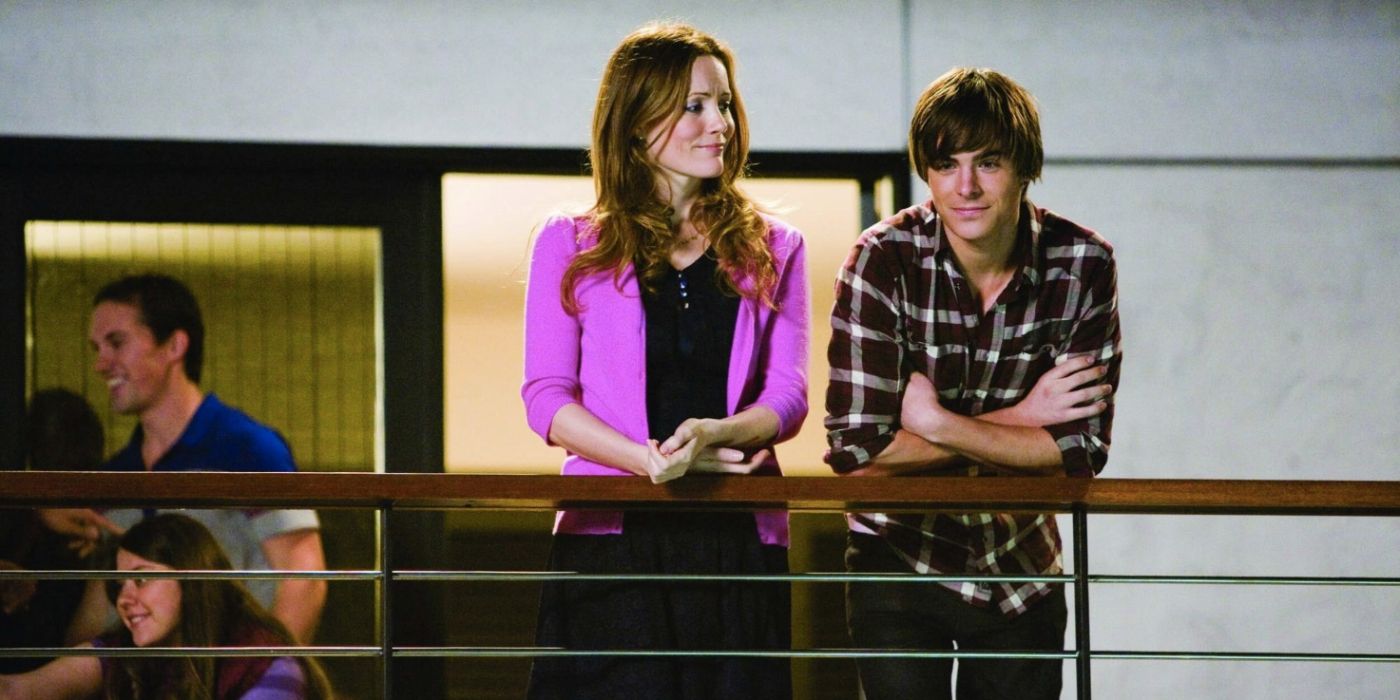 One of the biggest box office successes for films in the vain of Mack & Rita is certainly 17 Againwhich features a former high school basketball star, now a miserable middle-aged man, given a second chance at youth overnight.

Matthew Perry, the actor behind the always-relatable Chandler Bing stars as the older version of the character, with High School Musical star Zac Efron as his younger incarnation. The film made over $100 million at the box office and received favorable reviews from critics. While the film has a more male-oriented focus on the age-swap concept, it similarly explores the unexpected consequences that come with suddenly waking up with the age and life you so deeply desire.

Available To Stream On Paramount+ 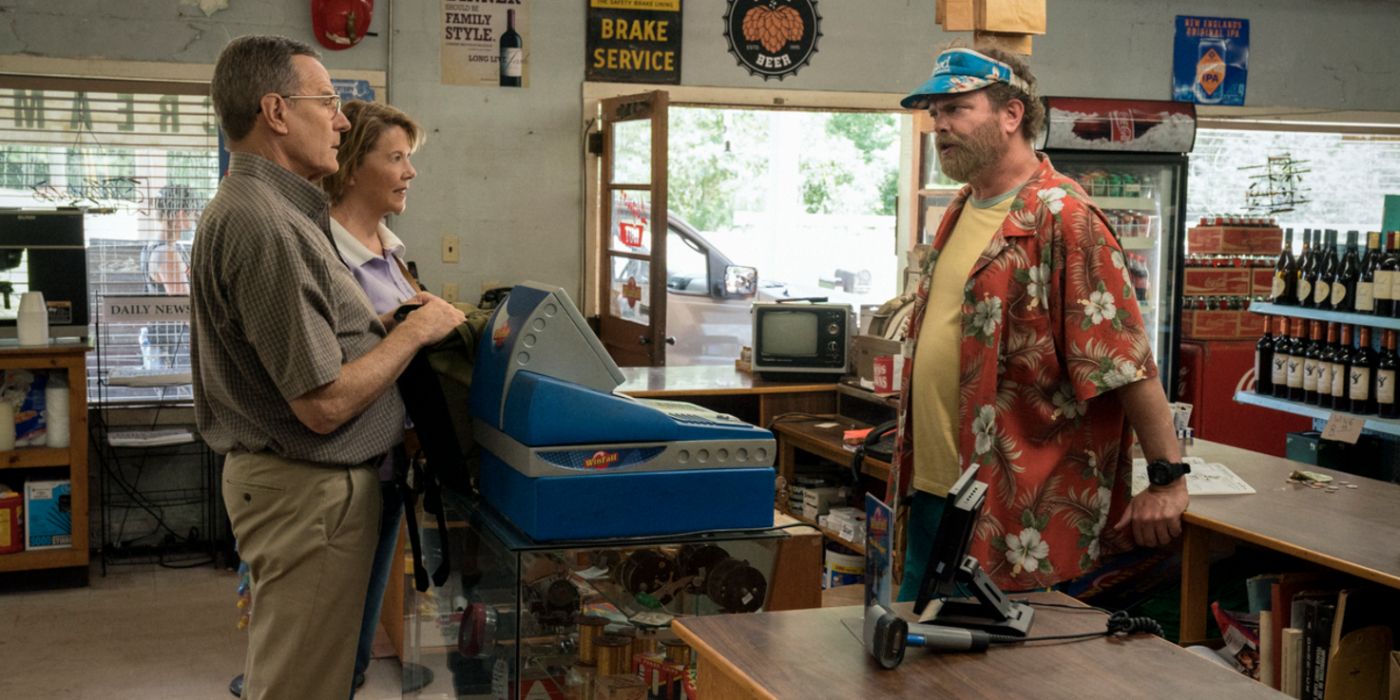 The 2022 release Jerry And Marge Go Large stars Bryan Cranston as the titular Jerry, the film acting as the newest addition to Cranston’s fantastic resume of films and shows. Based on a true story, the film follows elderly couple Jerry and Marge (Annette Bening) who begin winning huge amounts of money after discovering a loophole in the lottery, using the money to revitalize their local community.

A younger group of players discovers the loophole as well, sparking fierce competition between the two factions. It’s another great 2022 film for viewers who want to see more of the fun contrast to be had between the young and the elderly that Mack & Rita had to offer. 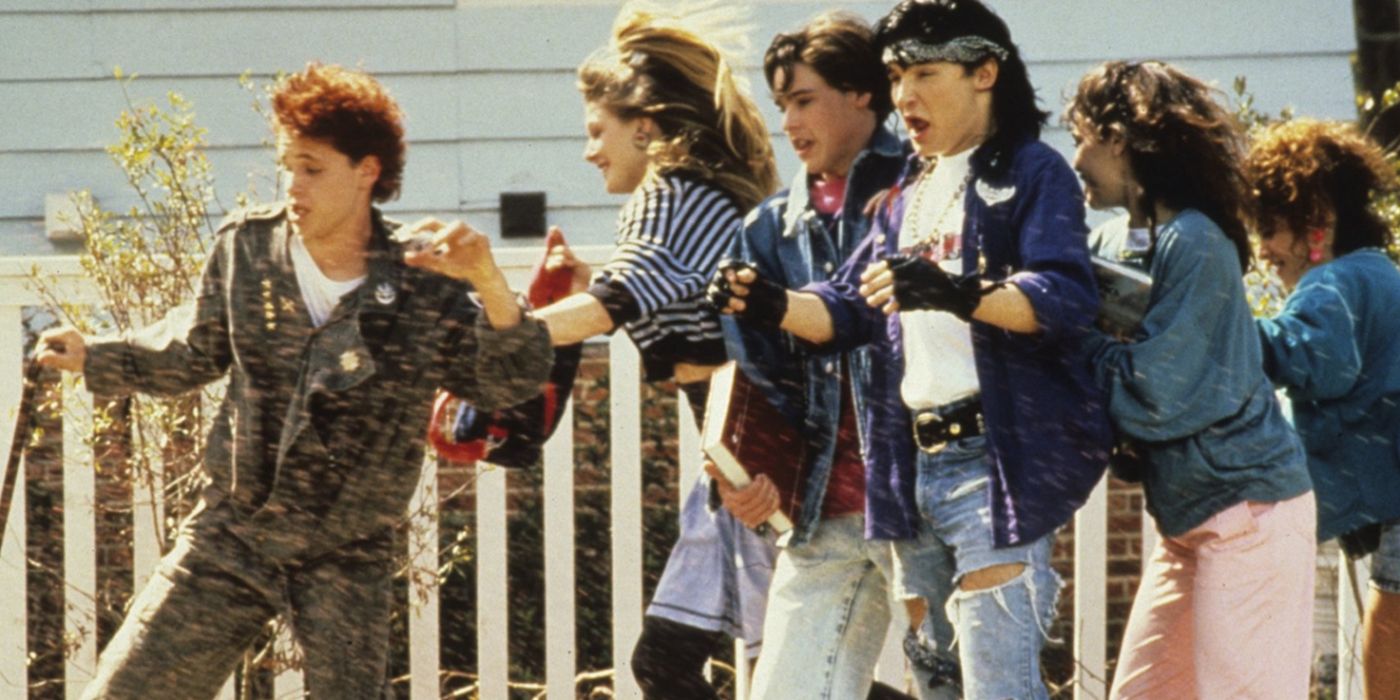 While Mack & Rita showcases what happens when a young woman suddenly experiences the world of the elderly, Dream A Little Dream does the very opposite. After a bizarre incident during a meditation experiment, an elderly professor named Coleman finds himself trapped in the body of his troubled teen neighbor Bobby and his wife trapped in the mind of a teenage girl.

Related: 10 Funniest Movies From The ’80s According To Ranker

Meanwhile, Bobby becomes stuck in a dream world, and though he knows how to undo everything, refuses to do so because he enjoys his new life. It’s up to Coleman to improve Bobby’s life enough to convince him to fix things before it is too late. One of the seven films starring the two Coreys, (Feldman and Haim), the film became known for its soundtrack and spawned a direct-to-video sequel, becoming one of the more iconic age-swap films of the 1980s due to its comedy (something it shares with Mack & Rita).

Available To Stream On Hulu 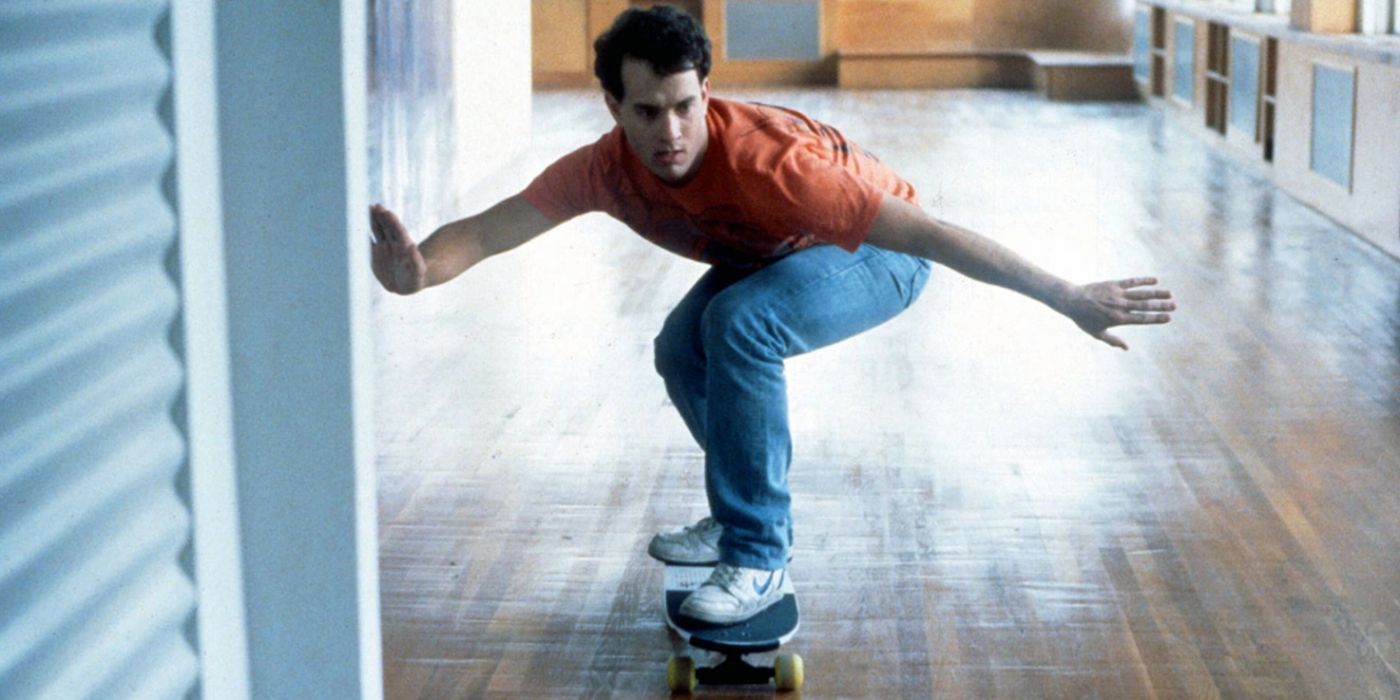 Maybe the most iconic movie of all the age swap movies, big is a 1988 film starring Tom Hanks as one of his greatest characters. In it, Hanks portrays the adult form of Josh, a 12-year-old kid whose wish to become “big” magically turns him into an adult.

Josh’s childlike nature wins over not only the corporate world but one of his coworkers, Susan (Elizabeth Perkins), though he soon longs to return to being a child. It’s another film that showcases the detriment of wanting to grow up too fast, and the hilarious adventures one may find themselves in when faced with the responsibilities of an age they know nothing about.

Available To Stream On HBO Max 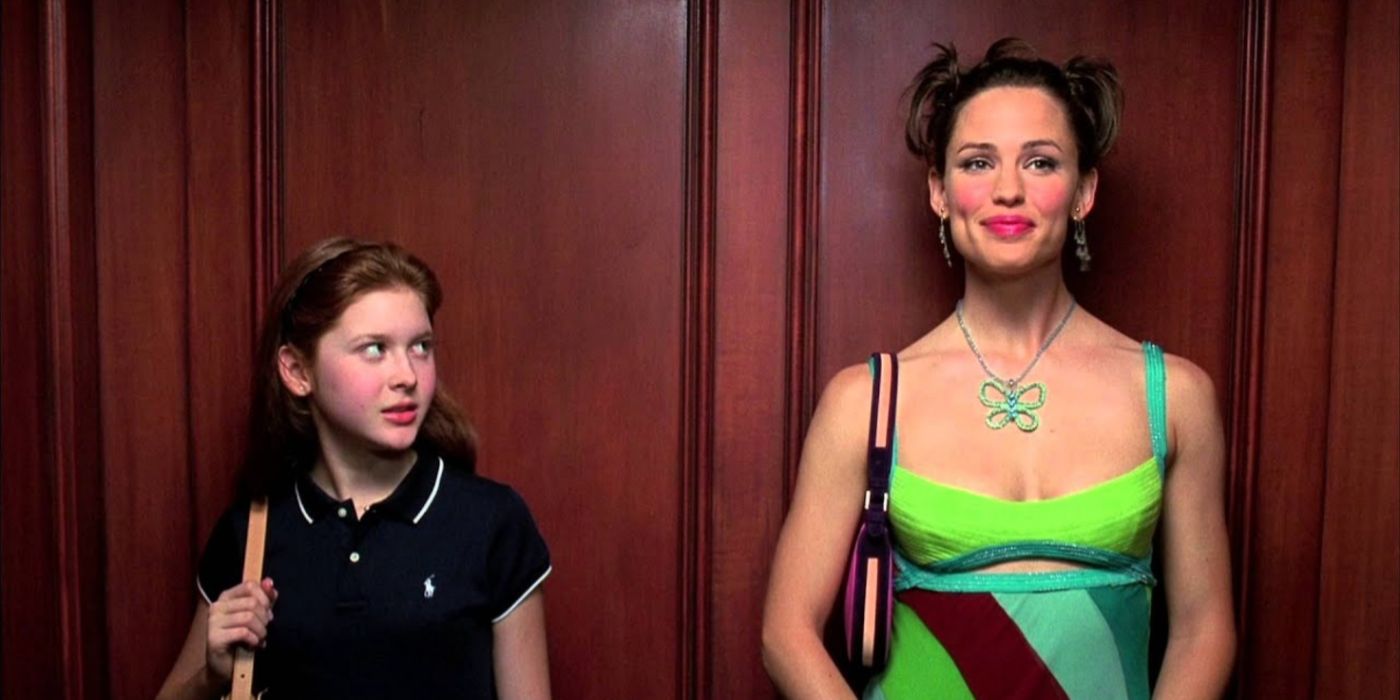 Right alongside big in terms of iconic age-swap movies is 13 Going On 30. Starring Jennifer Garner as a 13-year-old whose wish to be 30 years old magically comes true one night, 13 Going On 30 featured an added twist to the genre in which Garner’s character was not only magically aged-up, but was also whisked away to a whole another time period, traveling 17 years from the year 1987 to 2003, when she woke up.

The film received wide acclaim and was a huge commercial success, both at the box office and the video store. Perhaps the most well-known female-lead age-swap film, it paved the way for similar films such as Mack & Rita. 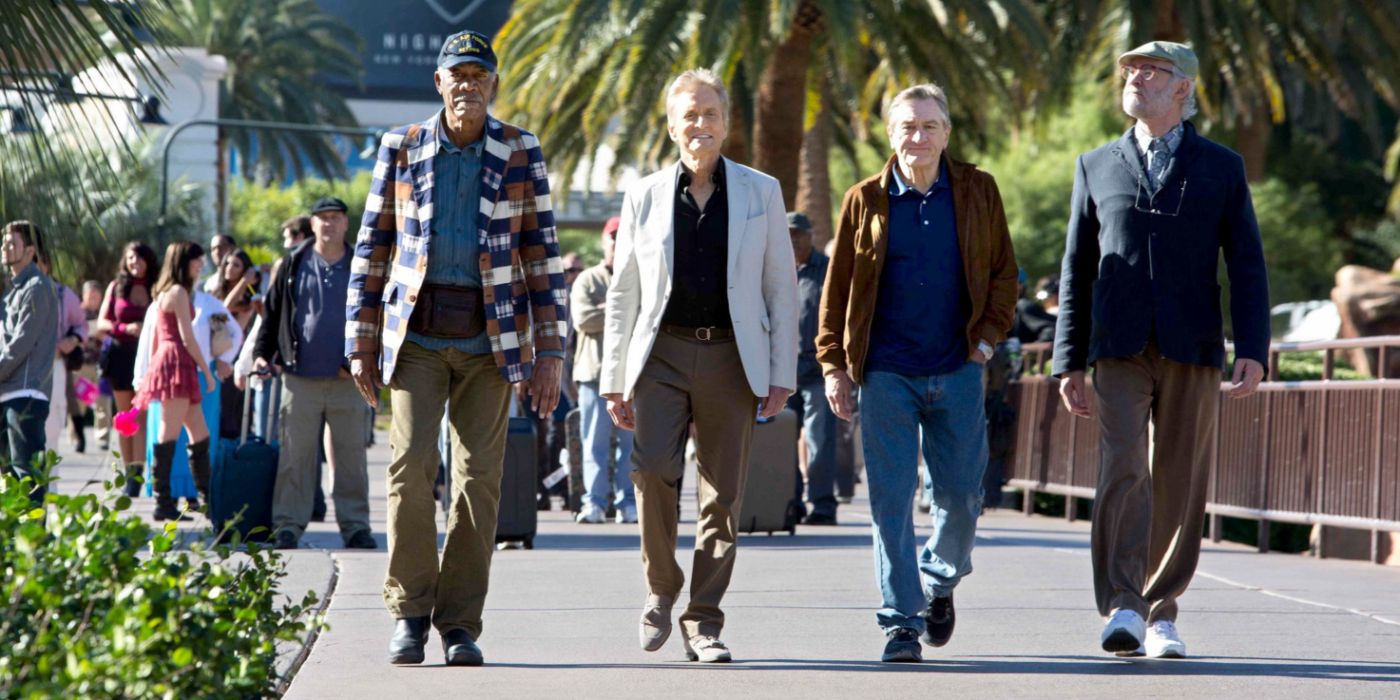 Another comedy with an emphasis on aging, Last Vegas features an absolutely all-star cast with Michael Douglas, Robert De Niro, Morgan Freeman, and Kevin Clines as the four leads. The four portray four childhood friends who reunite decades later to throw a bachelor party when their last single friend finally gets engaged.

The film is a bittersweet comedy about life and loss, and the ability to forge ahead even when much older, featuring just as much fun as Mack & Rita. 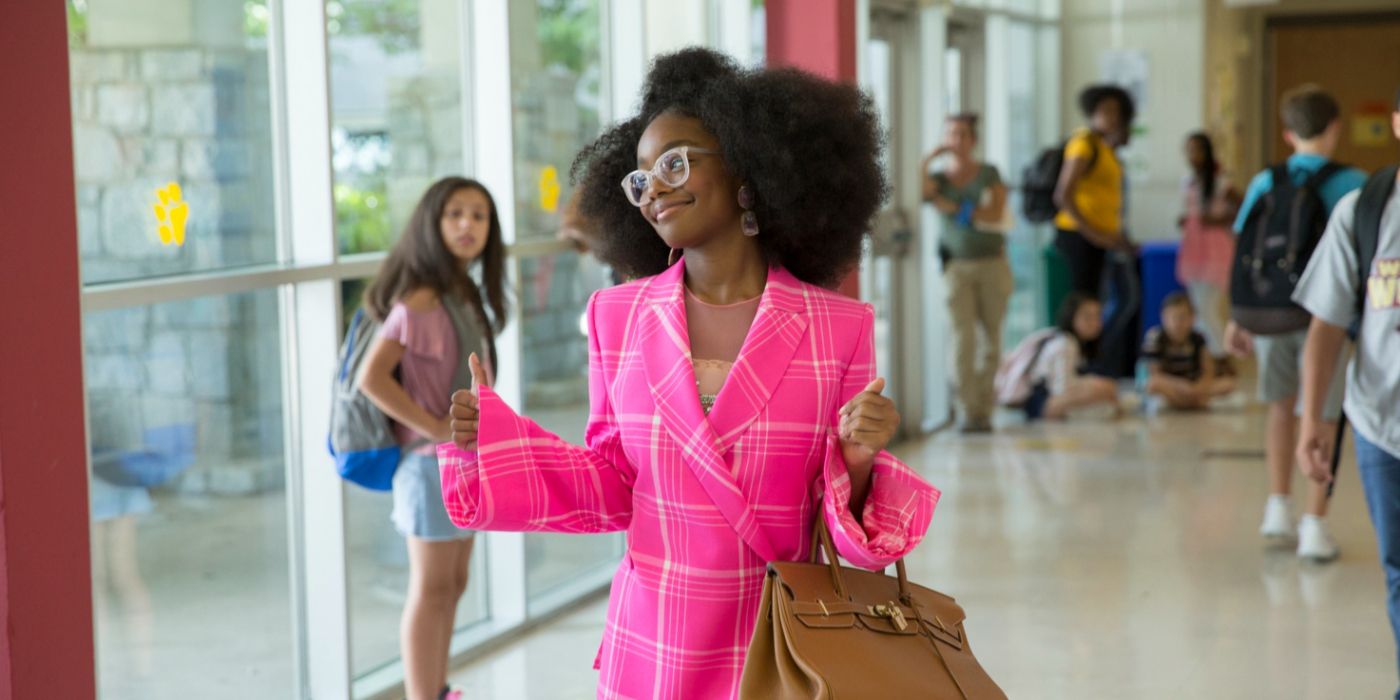 The 2019 movie little also tells the story of a woman forced to face her perspective on life when her age is radically changed overnight, though in this case, it happens when she becomes much younger, transforming from a cruel adult businesswoman into a 13-year-old girl.

Regina Hall added to her impressive filmography here as the adult version of the main character, while black-ish star, Marsai Martin, portrayed the younger version of the character. Martin also produced the film, making her the youngest person to ever produce a studio film.

Next: 10 Highly Anticipated Movies At The 2022 Venice Film Festival