David Leitch’s bullet train is a star-studded, action-packed thriller adapted from Kotaro Isaka’s 2010 novel. The film stars Brad Pitt as Ladybug, an assassin looking to leave the profession but is called upon for one last job. The mission leads Ladybug aboard a Japanese bullet train, where he finds himself amid other assassins who soon discover that their objectives are all connected.

bullet train is another addition to a list of films that approach brutal violence with comedic sensibilities. These films have appealed to broad audiences for their ability to find humor within the darkest moments and provide their characters with an added level of depth that goes past the visual spectacle. Additionally, Leitch’s background in stunt work and contributions to projects like John Wickand Deadpoolhave helped inject a new perspective on the action genre and given him a solid foundation to work with in creating and handling a project of Bullet Trains proportion.

John Wick is a visual spectacle in itself, but the film also does well to provide a level of depth to Keanu Reeves’ character that’s not often seen in the action genre. Likewise, the success of John Wick helped spawn equally successful sequels, with John Wick: Chapter 4 arriving in theaters in March 2023.

Quentin Tarantino is known for his use of bloody, stylized action set-pieces, with the Kill Bill series being one of his seminal films. Kill Bill Vol. 1 follows The Bride (played by Uma Thurman), an assassin set up to die by her ex-lover Bill. However, the thirst for revenge and retribution on behalf of her unborn baby leads The Bride on a hunt for everyone involved in her attempted murder.

Kill Bill Vol. 1 was a critical and commercial success, earning over $180 million and being nominated for Golden Globe and BAFTA awards. Tarantino pulls influence from Asian martial arts action films and other genres, creating a heightened reality in service to his cinematic pleasures.

Tom Cruise has cemented himself as an action hero with films like the Mission: Impossible franchise, but collateral sees Cruise step into the role of a villain. Cruise plays Vincent, a hitman who employs the service of Max (a cab driver played by Jamie Foxx) to drive him across the city to complete the ordered hits.

Collateral’s simple premise allows its actors to drive the story through their characters’ development. What’s more, Michael Mann’s affinity for hard-boiled crime has allowed him to craft a film whose action serves as an extension of its characters.

7 Knives Out Is A Classic Whodunit For Modern Audiences

Rian Johnson’s take on the mystery genre resulted in the release of Knives Outa whodunit reminiscent of Agatha Christie’s greatest works. Knives Out is a gripping mystery that explores the dynamics of a wealthy family, secrets, and how dysfunctional and dangerous those relationships can become when said wealth is on the line.

Knives Out became a critical and commercial success, grossing over $300 million at the box office, helping greenlight both the second and third installations in an impressive deal with Netflix. 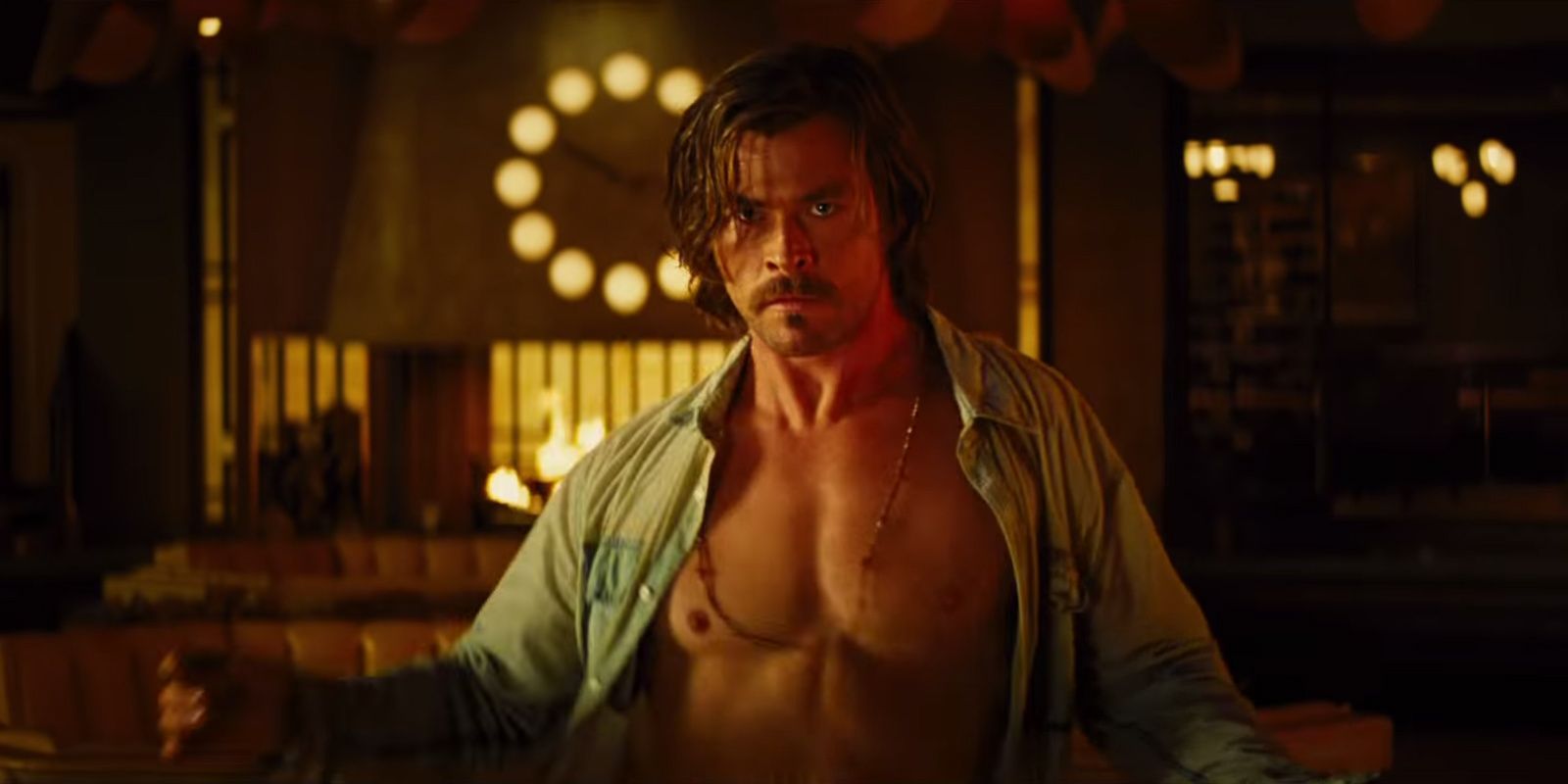 The film does well to create space for each of its characters. Told in a non-chronological format, Bad Times at the El Royale feels like it possesses a shared kinship with Pulp Fiction. sorry, Bad Times didn’t perform well at the box office, falling just short or breaking even with its budget of $32 million. Nevertheless, fans of Tarantino and star-studded ensembles will find Bad Times at the El Royale to be a pleasant surprise.

mr. & Mrs. Smith introduced now-exes Brad and Angelina to audiences worldwide. The film unknowingly pits the couple against one another as John and Jane Smith are tasked with killing the same target and, eventually, each other.

RELATED: 10 On-Screen Couples Who Couldn’t Stand Each Other IRL

The movie proved to be an action-packed romp and box office success, grossing over $50 million in its opening weekend and $400 million globally. mr. & Mrs. Smith blends elements from action and romantic comedy genres, giving audiences an entertaining plot line that will keep them guessing what will happen next.

4 Logan Lucky Gives A Rustic Charm To This Crime Caper

Steven Soderbergh pairs with frequent collaborator Channing Tatum again in Logan Luckya rural take on the Rat Pack and Ocean’s trilogy. Despite the project being helmed by Ocean’s director Steven Soderbergh, Logan Lucky doesn’t feel like a derivative of the George Clooney-led heist movies. Instead, strong performances all around (but especially from Tatum and Daniel Craig) help solidify Logan Lucky as a stellar piece of film and addition to the caper genre in its own right.

Despite the critical praise, Logan Lucky didn’t become a box office hit as many had hoped. Much of its underwhelming performance is due to Soderbergh’s experiment with the current movie marketing model, which he has since admitted was a failure. The movie is available to stream on Hulu.

Quentin Tarantino’s eighth film brought audiences along to a post-Civil War town in Wyoming where eight travelers wait out a blizzard and learn who, if anyone, they can trust. Ash The Hateful Eight progresses, the characters’ true intentions are revealed. The film culminates in a battle of violence and bloodshed, two characteristics that have become almost synonymous with Tarantino.

The Hateful Eight makes great use of its staging, resembling a theater production rather than a film. What’s more, Ennio Morricone’s original score becomes a character of its own and rightly deserving of its Academy Award for Best Original Score.

2 The Nice Guys Brings Comedy To The Crime Genre

Shane Black’s 2016 neo noir, The Nice Guys, revitalizes the buddy cop genre in his ode to 1970s Los Angeles and the detective story. The film makes excellent use of its writing, offering witty dialogue at every turn and deeply human moments amid all the action.

Ryan Gosling and Russell Crowe play well off of one another, developing chemistry that rivals the likes of Mel Gibson and Danny Glover in Lethal Weapon. Despite being overlooked during its theatrical run, The Nice Guys‘ ability to find humor in the melancholy and violence makes this a must-watch film.

1 Hotel Artemis Believes People Should Care About Criminals Too

Hotel Artemis creates a future where criminals receive the care they need without persecution. In a members-only hospital, The Nurse (played by Jodie Foster) runs her organization with a strict set of rules. However, those rules will be tested when Los Angeles erupted into a riot, and a group of criminals arrives through her doors.