The fantasy genre has allowed storytellers to go wild when it comes to settings, characters, and mystical powers. In the world of film, this was probably best seen up into the 1970s. No two fantasy movies were ever the same: they varied in tone and creativity, from traditional sword and sorcery to contemporary settings with a dash of magic tucked in the corner, and everything in-between.

The success of many of these movies encouraged Hollywood to put more money into the fantasy and science fiction genre, which resulted in more elaborate productions in the 80s. With the fantasy genre now popular than ever thanks to the likes of The Lord of the Rings, Game of Thronesand soon-to-released House of the Dragonthere’s never been a better time to dive into the 70s’ best fantasy films.

Willy Wonka and the Chocolate Factory (1971) 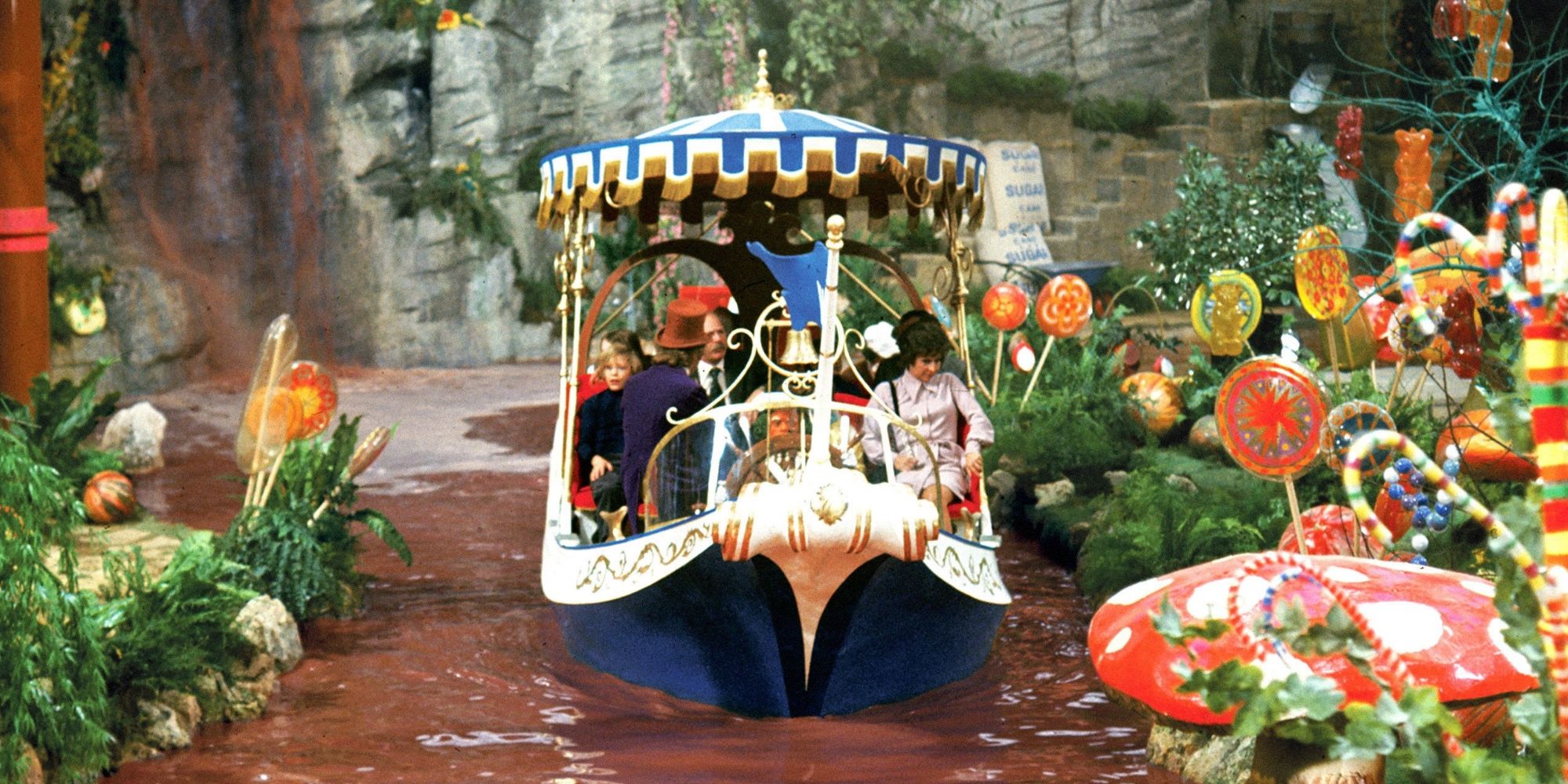 In the world of candy production, nobody is more beloved than the mysterious Willy Wonka – a chocolatier who closed his factory years ago yet continues to create new treats. One day, he announces that he has hidden five golden tickets inside his candy bars all around the world. Whoever finds these tickets will win a tour of his factory and a lifetime supply of chocolate.

Related: 7 Willy Wonka Inventions From The 1971 Film, Ranked From Inedible to Magical

Although disappointed by author Roald Dahlwho wrote Charlie and the Chocolate Factory,Willy Wonka and the Chocolate Factory is arguably the most beloved adaptation of his work. The movie has a whimsical quality reminiscent of The Wizard of Oz, thanks in no small part to an iconic performance by Gene Wilder as Willy Wonka. The opening song, “The Candy Man,” would gain worldwide fame when covered by singer Sammy Davis Jr. 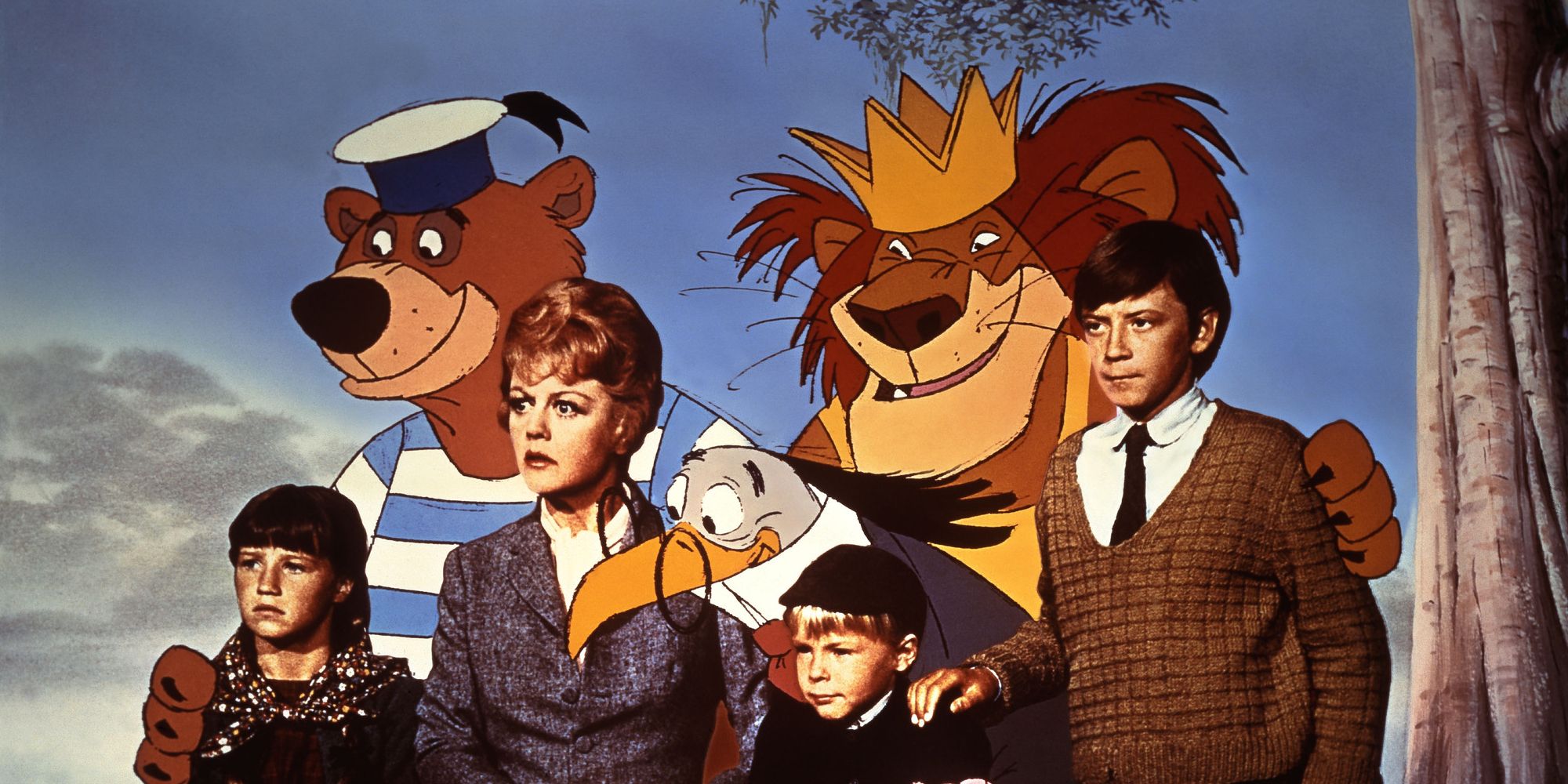 During the Second World War, three siblings are put in the care of Miss Eglantine Price. They discover she is a witch trying to use magic to help Britain win the war. In exchange for their silence, Miss Price enchants a bedknob that allows the children to travel around the world.

Bedknobs and Broomsticks was originally shelved for being too similar to Mary Poppins, but was put back into production when Disney lost the film rights to the sequel books. Being similar to Poppins isn’t a bad thing: B&B has the same blend of British whit and classic Disney humor, as well as plenty of fun special effects. The music by the Sherman Brothers once again delivers iconic and bouncy songs. 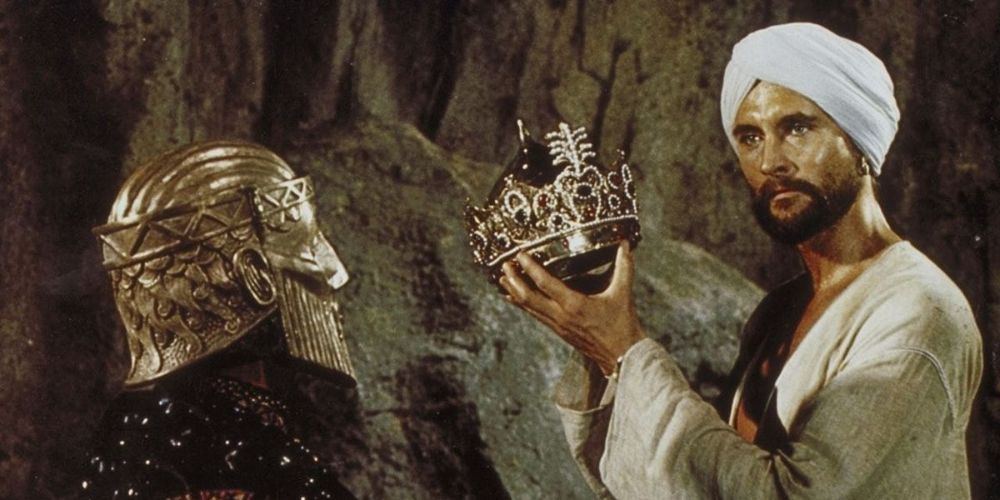 The second of three Sinbad films produced by Columbia Pictures sees Captain Sinbad on a quest for the mystical Fountain of Destiny. Whoever claims it shall rule over the city of Marabia, as well as gain eternal youth and a shield of darkness. One such claimant is Koura, an evil magician willing to sell his soul to darkness to get what he wants.

While less groundbreaking than 1958’s The 7th Voyage of Sinbad,The Golden Voyage of Sinbad is a fantastic adventure movie. The creatures are brought to life by legendary stop-motion animator Ray Harryhausenwho worked on all three Sinbad movies. among the human actors, Tom Baker steals the show as Koura, adding a level of tragedy to what could have been a one-dimensional villain – which actually got him cast as the fourth doctor on Doctor Who. 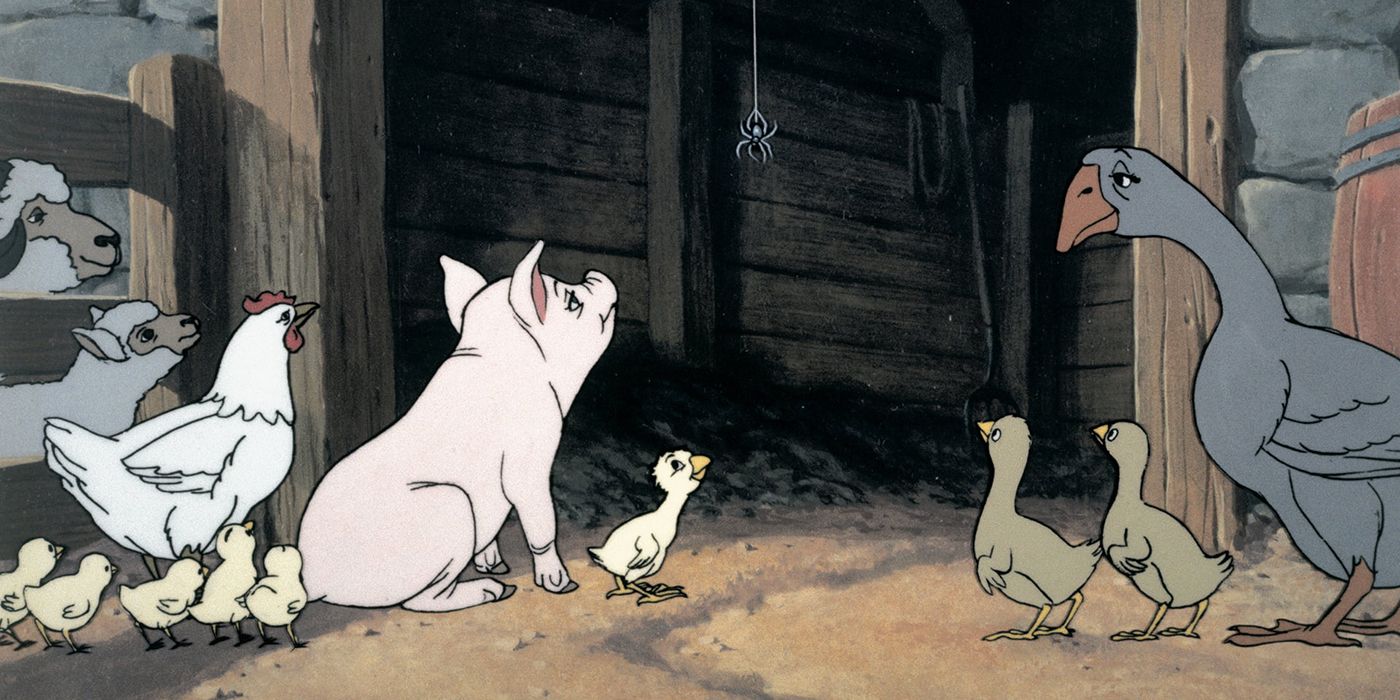 Produced by Hanna Barbara, Charlotte’s Web tells the story of Wilbur, a pig who is sold to a new farm. Although he tries to make friends, the animals refuse, saying it’s only a matter of time before he’s slaughtered. However, Wilbur befriends a spider named Charlotte, who promises to use her skill in spinning words into her webs to save his life.

While not a huge success on release, Charlotte’s Web developed a following through home video for its heartfelt performances and songs from the Sherman Brothers. Test audiences for the 2006 remake requested the fair sequence be extended because of the iconic “Smorgasbord” scene. Debbie Reynorldsalso steals the show as Charlotte, whose soothing and motherly voice brings to life the nicest spider in fiction. 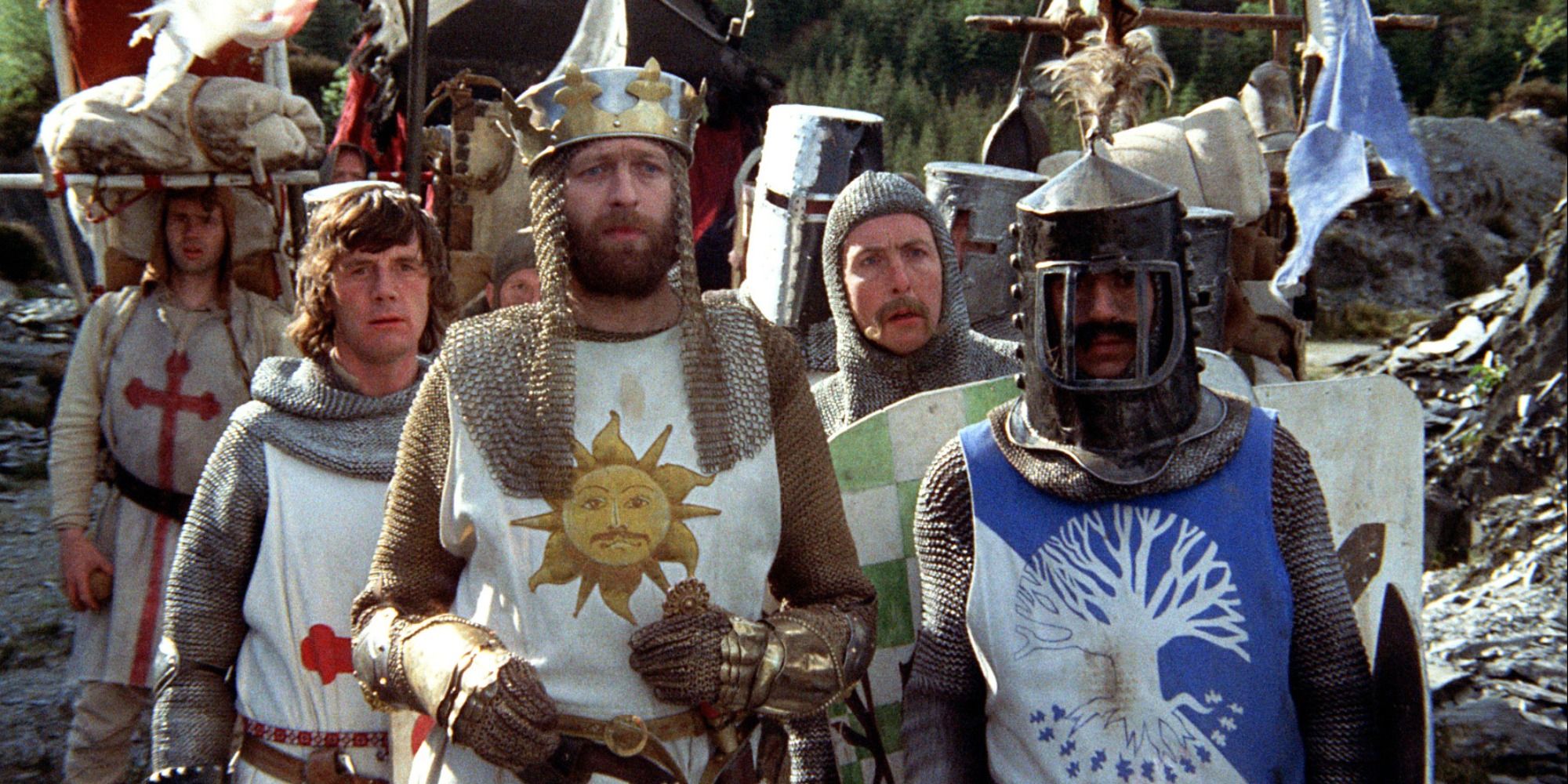 Walking through the countryside while his manservant bangs coconuts together to simulate horse-hooves, King Arthur seeks out the most worthy knights to join his knights of the round table. Once assembled, God speaks to Arthur and tasks him with finding the Holy Grail. The quest will be filled with dangers, however, including killer rabbits, knights who say “Ni,” and taunting Frenchmen.

Unlike the Python’s previous movie, Holy Grailis an original story with no pre-existing skits or characters from their show Mony Python’s Flying Circus. The writing is superb, and many jokes have become cemented in popular cultures, such as the invincible Black Knight. Eric Idle would transition the movie into a Broadway musical-comedy in 2005 called Spam lot. 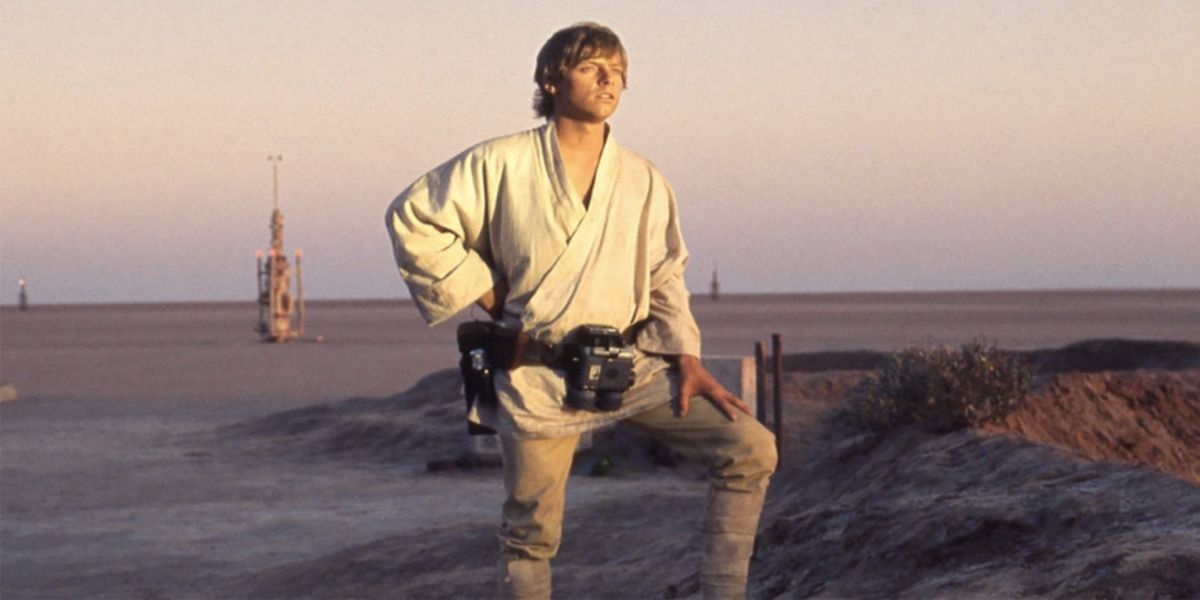 On a backwater planet covered in desert, Luke Skywalker acquires two droids carrying the plans to the Galactic Empire’s super weapon. When the Empire kills his family while looking for them, Luke joins the rebellion and leaves with Obi-Wan Kenobi, a friend of his father’s. They enlist the help of a dashing smuggler and race across the galaxy before the Death Star destroys what hope remains.

while Star Wars is often associated with science fiction, the movie contains many elements of classic fantasy. These are mostly present through the Force, whose philosophy and practice comes across outright magical. Star Wars‘ impact on popular culture cannot be understated: even today, the original movie inspires stories and characters across all genres. 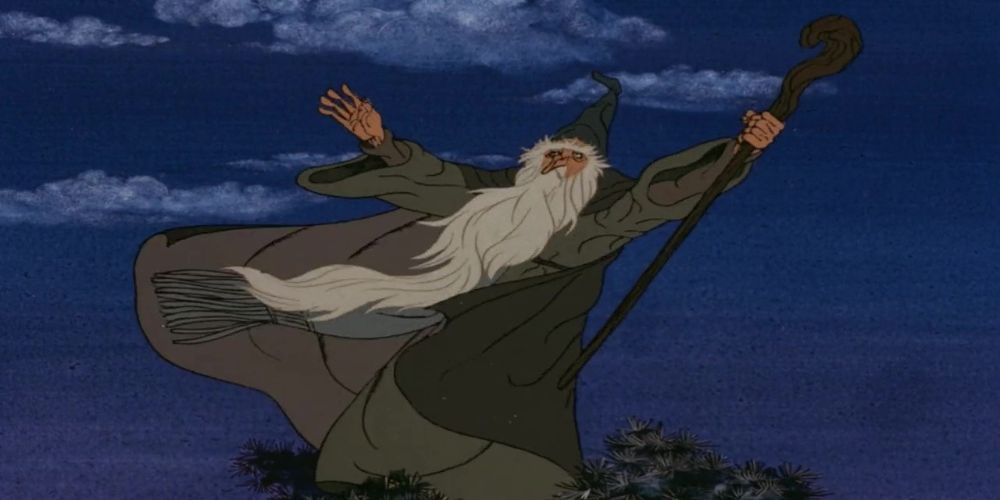 In a hole in the ground lived Bilbo Baggins, a respectable Hobbit who never went on any adventures. That is until Gandalf the Wizard arrived at his home with thirteen dwarves to hire him on as a burglar. It wouldn’t be long before Bilbo found himself far from home, battling trolls, goblins, and a fire-breathing dragon as he helped the dwarves reclaim their home and find his courage as well.

Though much of the book had to be cut, the Rankin/Bass adaptation manages to be more faithful than the trilogy by Peter Jackson. This is because they keep the story on Bilbo and his growth from a quiet Hobbit into a capable burglar. Its unique animation was provided by Topcraft, who worked with Rankin/Bass on several other fantasy movies, including The Return of the King, and The Last Unicorn. 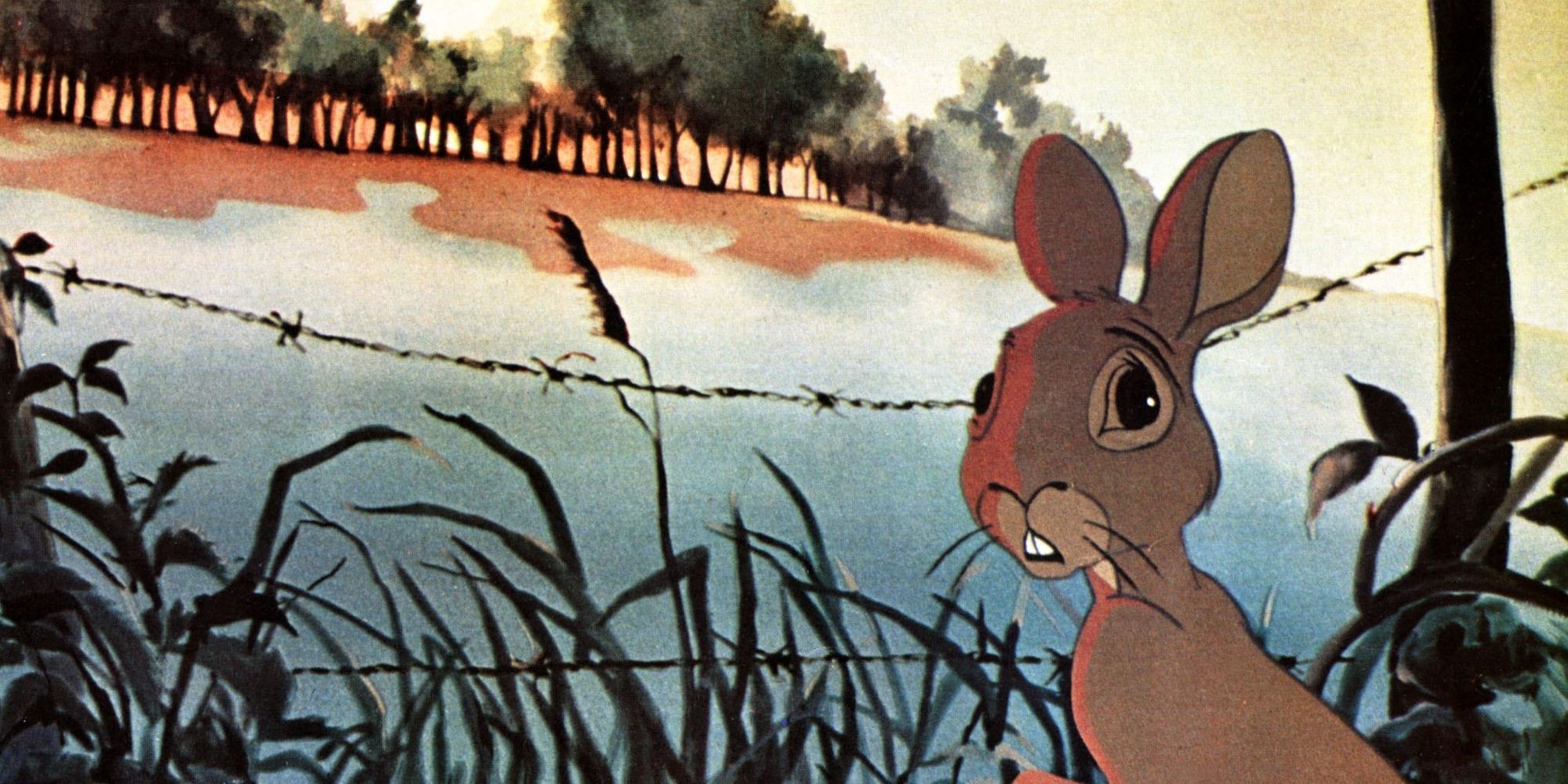 A young rabbit named Fiver with powers of premonition warns that his warren and all who live in it will be killed. Though dismissed by the elsewhere, his brother Hazel and their friends believe him, setting off to find a new home. Their journey takes them across many perils, including snares, predators, and rival rabbits.

Related: 7 Animated Movies That Actually Scared Us As Kids, From ‘Coraline’ to ‘Watership Down

Watership Downs fantasy elements come from the rabbits’ mythology. Author Richard Adams made a detailed creation myth explaining why rabbits have so many predators and the adaptations they’ve developed to avoid them. The movie does a good job of maintaining a dark and mysterious tone to fit this mythology, accentuated by the haunting song “Bright Eyes” by Paul Simon.

Before Peter Jackson’s trilogy changed cinema, animator Ralph Bakshi retold how Frodo Baggins came into possession of the One Ring of the Dark Lord, Sauron. Guided by Gandalf the Grey, he and his friends venture to Rivendell so that a great council can be held to decide what will be done with the ring. Ultimately, it is decided that it must be destroyed, and Frodo volunteers to see it done.

Bakshis The Lord of the Rings adapts The Fellowship of the Ring and The TwoTowers. While much is condensed, it does a good job sticking to the books. The cast isn’t as perfectly matched as in Jackson’s films, but John Hurt’sportrayal of Aragorn offers a unique take that rivals Viggo Mortensen’s.

Directed by Richard Donner and promoted with the tagline, “You Will Believe a Man Can Fly,” Superman tells the story of Kal-El, the last son of a dying world called Krypton, who is sent to Earth for protection. He is raised by Jon and Martha Kent, and discovers that his alien biology grants him superhuman abilities thanks to the earth’s yellow sun. One grown, Clark Kent moves to Metropolis to work as a reporter at the Daily Planet and uses his powers to help others as Superman.

Before Donner’s films, superhero movies were sparse and not given much thought. Superman changed that thanks to groundbreaking special effects and stellar performances from an ensemble cast, including Christopher Reed, Gene Hackman, and Margot Kidder. The film’s success resulted in five sequels of varying quality.