It’s normal for anime characters to have inhuman abilities. Super strength and endurance are how some anime stories create amazing and dynamic fights, but an anime character’s abilities isn’t always about strength.

When it comes to sensing enemies or tracking down allies, some anime characters can rely on their heightened senses to get the job done. Not every character with heightened senses uses their skills for fighting and if they do, they’re not always the strongest character in their series. However, heightened senses certainly give a leg up to those that know how to use them.

10 Kakashi Is The Perfect Tracker (Naruto)

Kakashi from Naruto is mainly known as the copycat ninja for his ability to copy every jutsu he comes across, but what some may not know is that he has an incredibly strong sense of smell.

The Inuzuka clan is famous for their ability to work with animals and their heightened senses, but Kakashi’s senses outshines them. His heightened sense of smell has saved him on several occasions and helped him track enemies and allies alike. They even helped him find Naruto after Sasuke and Naruto’s fight.

9 Mirko Can Hear A Pin Drop (My Hero Academia) 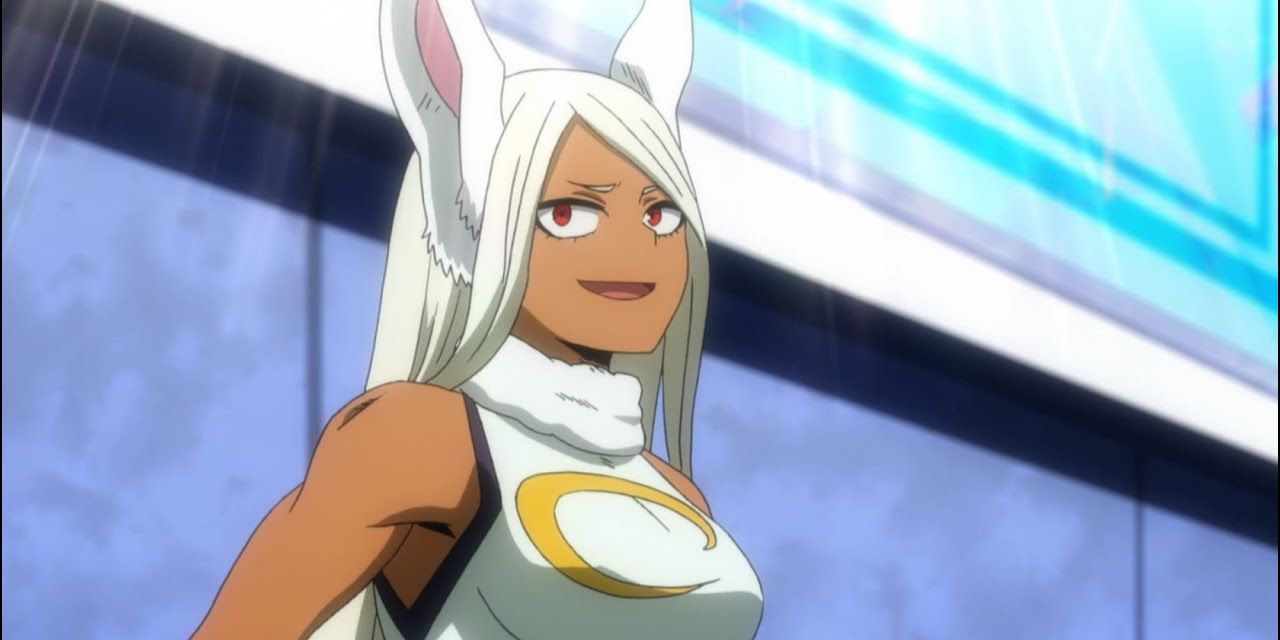 As the fifth-ranked hero in
My Hero Academia
Mirko is exceptionally strong. With her rabbit Quirk, she can deliver super strong kicks, which she uses to take out her enemies or propel her through the air. With a rabbit-based Quirk powerful kicks aren’t her only trick, she also has incredibly heightened senses. Her giant ears allow her to hear a pin drop , which she uses to her advantage to sense the nomu during the War Arc. Unlike most anime characters with heightened senses, Mirko can also sense danger, which is an incredibly useful skill when fighting dangerous villains.

8 Komamura Is More Than A Soul Reaper (Bleach)

Ash Bleach’s captain of squad 7 and a soul reaper, Komamura’s senses are already heightened. Sensing hollows and other soul reapers is a basic ability that all soul reapers have, but what makes Komamura different is his wolf-like appearance.

Those ears and that long nose aren’t just for aesthetics. Just like regular wolves, his sense of hearing and sense of smell are far better than any human’s. He also has sharp reflexes to accompany his keen senses, giving him more of an upper hand.

Shizuru from Yu Yu Hakusho may not be a fighter like Yusuke or her brother Kuwabara, but she is the strongest psychic in their group. She doesn’t use her psychic abilities to fight, but she often has powerful premonitions that warn her of oncoming danger.

She even saves Yukina, Botan, and Keiko when one of the combatants falls into the audience. If she had not sensed the coming danger and warned them, they all would have been seriously injured. It’s actually too bad Shizuru never shows any interest in fighting because she would have been the perfect student for Genkai.

6 Toph Can See Without Seeing (Avatar: The Last Airbender)

Most people believe that a person’s other senses heighten when they lose one and that’s especially true for Toph from Avatar: the Last Airbender. She was born blind, but she can actually see far better than anyone else with her Earthbending. If her bare feet are connected to the ground she is able to sense everything around her, which proves to be an incredibly useful skill when fighting.

Toph is even able to take on multiple earthbenders on her own because of her unique fighting style. Despite her wealthy upbringing, Toph isn’t the most sophisticated member of the Gaang, but when it comes to Earthbending her senses have made her the greatest Earthbender of all time.

5 Inuyasha Has The Strongest Senses (Inuyasha)

Inuyasha may be a half-dog demon, but that doesn’t mean he lacks his demon ancestor’s senses. With his dog-like ears, his senses may even be better than his full dog demon brother Sesshomaru. While his ears are his most prominent feature, hearing isn’t his only heightened sense.

RELATED: 10 Things Fans Need To See In The Avatar: The Last Airbender Movie

Inuyasha’s sense of smell is far superior to anyone else in the series. With it he can easily locate demons and he’s even been able to trace small amounts of blood from a great distance.

4 Watchdog Man Is An Animal Hero (One Punch Man)

Like many other anime heroes, One Punch Man’s Watchdog Man has animal-based abilities to increase his power and senses. Despite his appearance, he is an incredibly strong hero who can even outpace Garou. His most important abilities are his sense of smell and hearing, which he uses to defend all of Q-City.

His sense of smell is so strong he can detect a monster the moment it enters his territory. However, his sense of smell can backfire on him at times considering he was the only one to smell when someone farted in a meeting with other S-class heroes.

Having good senses isn’t always about fighting and in Erina Nakiri’s case, her good senses allow her to detect the quality of food. Erina from Food Wars is one of Yukihira’s rivals and happens to have one of the best palates in the world.

Her talents with tasting are so illustrious her sense of taste is even referred to as God’s Tongue, which gives her superhuman levels of taste. The fact that she can identify eight different kinds of salt while blindfolded shows just how amazing her senses are.

2 Inosuke Is A Real Beast In Battle (Demon Slayer)

As an expert in the art of beast breathing, it makes sense that Demon Slayer’s Inosuke would have good senses. Living in the mountains for most of his life has given him the ability to think and move like an animal, which he applies to his fighting style.

He also has inhuman levels of perception that gives him the ability to detect things outside of the normal ranges of perception. He can even sense a person’s intent to kill, which saved his life when Gyutaro attacked him with his scythe from behind.

Thanks to his training, Hunter X Hunter’s gon has honed is naturally acute senses – some would say they are even dog-like. Not only does he have enhanced strength, durability, and endurance, but his sense of hearing and smell are so strong he can even fight in the dark. Gon is also an animal empath, which allows him to communicate with animals.

He knew a storm was coming because a group of seagulls told him beforehand. Thanks to his Nen training, his senses became even sharper. When using Ren he can sense attacks before they hit, which is incredibly useful when an attack is too fast for him to react to.

NEXT: 10 Anime Characters Who Fight With A Smile